The American economy has been booming of late, with hundreds of thousands new jobs added every month, annualized growth numbers from the past two quarters at the tune of 3.5% and 4.2%, and the stock market currently experiencing its longest running bull market since March 2009.

As small businesses across the country make up 99.7% of all U.S. employers and 64% of net new private-sector jobs, they truly are the backbone of the country’s economy and an aggregate indicator of its health and status. To understand the recent momentum of the U.S. economy and determine how much impact that momentum has had on small business, Fundera, through independent accredited research firm YouGov, conducted research to see how small business has fared throughout the country, and what its prospects are going into 2019.

All indicators suggest that the U.S. economy is growing at explosive rates, yet there are early warning signs suggesting a slowdown in growth is around the corner—such as the November jobs report showing a less-than-expected gain of 155,00 jobs and deep declines on the S&P 500 and Dow Jones in early December. Although market conditions are strong, it’s important for small business owners to use this time wisely to set themselves up for growth and success—while simultaneously preparing to weather possible shifts in the U.S. economy many are foreseeing following the rampant economic growth. 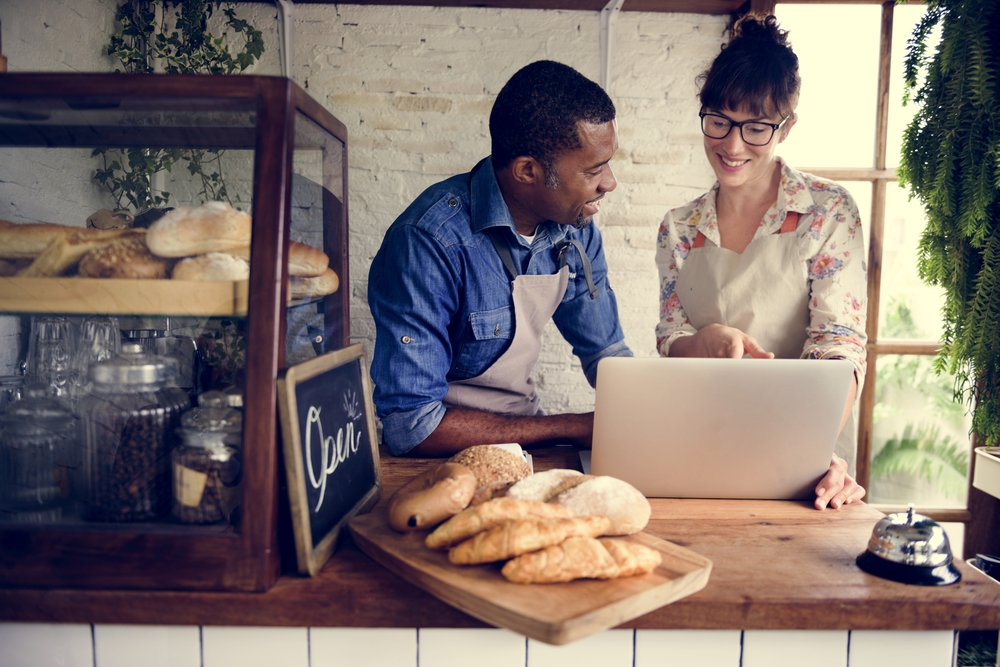 The U.S. Economy and the Stock Market: Growth and Impact

Since January 2018, the economy has grown rapidly every month, with more than half (55%) of U.S. small business owners and senior decision makers within those businesses reporting that, as it relates to profit and revenue, their business is better off today than it was a year ago. A third (33%) reported that their business remained steady—about the same as it was a year ago. More granularly:

Data suggests that the bigger the small business (i.e. more employees, more revenue), the more likely it benefitted from the momentum and growth of the economy over the past year, with those in the South reporting more growth in profit and revenue than other regions of the country—suggesting better market conditions there than elsewhere.

But not everyone rode the same wave of growth, or maintained a steady business environment over the past year. Slightly more than one in 10 (12%) small business owners and senior decision makers reported their business being worse off than it was a year ago—and the smaller the business, the harder the hits:

When looking at the performance of the U.S. stock market solely and how the longest running bull market since March 2009 might have impacted small business, only 39% of U.S. small business owners and senior decision makers believe it’s had a positive impact since January 2018. More than half (56%) believe the market had no impact over the course of a year, with only 6% citing a negative impact.

In light of this reported growth and impact of small business under the context of wider expansion of the U.S economy and stock market, are these small businesses on track to hit their end-of-year financial goals?

Looking to the Future: 2019 Goals and Predictions

It’s clear the economy has grown—and it’s clear that growth has trickled down to (or possibly been created from) a majority of small businesses over the past year. But that growth hasn’t hit everyone. As the economy remains strong now and market conditions are conducive to capital investment, it’s important that small businesses use this time wisely to review their financial plans for 2019.

Although 45% of U.S. small business owners and senior decision makers believe the economy will remain strong and continue to grow, making for a positive business environment for small business growth with more opportunity in 2019, it’s important to strategize now for the future and everything that may come with it.

Twenty-eight percent of U.S. small business owners and senior decision makers believe the economy will stagnate with slowed growth, making for a negative business environment for small business growth with less opportunity in 2019. Although market conditions are good, now is the time small businesses should explore financial solutions to safeguard their interests, such as securing extensions to a line of credit or seeking business financing for an upcoming project.

In light of this outlook, small business owners and senior decision makers in the U.S. want to accomplish the following going into 2019, all of which require a smart allocation of resources:

According to Adobe Analytics, consumers have already spent $80.3 billion in online shopping from November 1 to December 6. And the National Retail Federation forecasts a holiday sales increase in 2018 between 4.3% and 4.8%—for a total of $717.45 billion to $720.89 billion. That’s a lot of money, and traditionally has always funneled toward giant e-retailers and brick-and-mortar stores, typically leaving small business trailing behind in holiday spending.

Small Business Saturday, a massive initiative concocted and spearheaded by American Express every year to encourage holiday shoppers to patronize small and medium-sized businesses on the Saturday after Thanksgiving, was created to correct that. The holiday is now massively popular and well recognized by consumers

However, it’s clear that small business can do more to capitalize on this holiday and maximize their opportunity to capture holiday dollars. According to data from Fundera, only 6% of small business owners and senior decision makers admitted to actively creating and promoting Small Business Saturday deals for their customers this year.

More than half (57%) of small business owners and senior decision makers claim they didn’t even participate in creating a Small Business Saturday deal for their customers. The data paints a picture of indifference—and with such little participation from small businesses across the country, it’s clear that there is opportunity to seize with marketing promotions and activations to encourage more foot traffic during the busiest shopping weekend of the year.

All figures, unless otherwise stated, are from YouGov Plc. Total sample size was 510 adults who are owners or senior decision makers at small businesses (fewer than 100 employees). Fieldwork was undertaken between November 28-December 4, 2018. The survey was carried out online. The figures have been weighted.

Meredith Wood is the founding editor of the Fundera Ledger and a vice president at Fundera. She launched the Fundera Ledger in 2014 and has specialized in financial advice for small business owners for almost a decade. Meredith is frequently sought out for her expertise in small business lending. She is a monthly columnist for AllBusiness, and her advice has appeared in the SBA, SCORE, Yahoo, Amex OPEN Forum, Fox Business, American Banker, Small Business Trends, MyCorporation, Small Biz Daily, StartupNation, and more. Email: meredith@fundera.com.
Read more