What Should a Small Business Do If Their Logo Conflicts With Another Brand’s Logo? 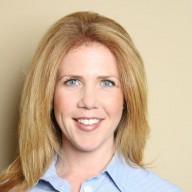 On May 19, 2017, online payment platform PayPal filed a legal complaint for trademark infringement against Pandora, accusing the music streaming app of creating an unlawfully similar logo to the PayPal logo.[1]

In 2016, Pandora redesigned their logo by adopting the letter “P” in a shade of blue akin to the existing PayPal mark. The suit claims that the new design is causing harm to PayPal’s users by disrupting the user experience and threatening the interests of their customers. PayPal also argues that the similar logo hurts their overall brand as the PayPal logo no longer stands out on smartphone and tablet screens.

Perk up your ears, small business owners. While only time will tell how this issue will be resolved between PayPal and Pandora, it’s a good reminder to startups to pay close attention to the logos they’re creating. What should you do if yours clashes with another well-known logo—or if you discover another logo that resembles your own?

Conduct a Search, and File for a Trademark

You’ve determined the design elements; whether or not you’ll add in text and taglines; and evaluated if you’ll design in-house or take it to an outside agency. Your logo is ready to go now, right?

Not quite. If this is the first logo you’ve ever made, you need to conduct a search and file a trademark application with the U.S. Patent and Trademark Office. Doing this ensures that your logo is indeed unique and is not conflicting with another design that has already been trademarked. You, and only you, can retain exclusive rights to the mark to keep anyone else from plagiarizing the assets.

What if you’re redesigning the mark like Pandora did? Do you need to file another trademark if you have already filed once before? The short answer is yes. The new logo isn’t covered under the existing trademark, so you need to conduct another search and file a new application for the updated mark.

As I mentioned above, entrepreneurs who want to protect their brand logos must conduct searches to ensure they are unique before they can file their trademark application. Usually when the owner conducts the search to determine whether a trademark conflicts with another mark, they take into consideration marks that might be similar in other industries.

While PayPal and Pandora are in two very different business categories, it sounds like there was general customer confusion over thinking the two logos look the same. This is heightened through apps when a logo has to be shortened to a 2-centimeter-by-2-centimeter square to view on a smartphone or tablet.

Be aware of other similar marks. If the confusion is over thinking two logos appear to be the same but not the business names or industries, then your brand might want to privately discuss these concerns with the company in question as opposed to serving them with a lawsuit. (Which, incidentally, PayPal has already done with Pandora.)[2] This gives both parties a chance to hear the other out and make amendments.

Be Mindful of Evolving Trademark Laws

Once a tiny part of business, app icons are now considered the face of a company via mobile. Now more than ever, it’s important to establish a logo that translates well enough to an app icon for a customer to click on it and go exactly where they wanted.

However, if two apps with similar icons but different offerings are next to one another on a smartphone screen, the confusion wouldn’t set in until the consumer clicked on the button and went inside of the app only to discover it was the wrong one.

Ultimately, mistakes like these that are made often enough can be detrimental to both companies, particularly since apps are an ever-growing landscape for business.

No matter what type of business you run, it’s important to pay attention to changing trademark laws and how your logo looks and stands out among other app icons. As time progresses, it will be interesting to see if trademark laws will be adjusted to allow two similar app icons the right to peacefully co-exist together if the consumer is not confused and there are no financial implications.

In the meantime, small business owners should continue the best practices of conducting search, trademarking their logos, and being as unique as possible with their marks no matter what medium they’re featured on.

Deborah Sweeney  is a contributing writer for Fundera.

Deborah is the CEO of MyCorporation.com. MyCorporation is a leader in online legal filing services for entrepreneurs and businesses, providing start-up bundles that include corporation and LLC formation, registered agent, DBA, and trademark & copyright filing services. MyCorporation does all the work, making the business formation and maintenance quick and painless, so business owners can focus on what they do best. Deborah primarily focuses on legal and incorporation topics and considerations for Fundera.