Businesses That Have Filed for Bankruptcy Due to COVID-19 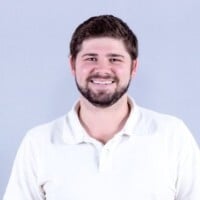 No business has been immune to the economic impacts of the COVID-19 pandemic. Over the past few months, thousands of businesses, from mom-and-pop corner stores to corporate giants, have been forced to lay off employees, close locations, and take drastic action to stay solvent. And although there are grants and other relief options available to help businesses, one of the most viable avenues toward recovery is by declaring bankruptcy.

Bankruptcy is far from a death sentence for most businesses. When companies file Chapter 11 bankruptcy, they negotiate with creditors to restructure debt terms rather than throw in the towel completely. Some of the nation’s largest companies, like GM, Delta Airlines, and American Airlines have filed for bankruptcy over the past couple of decades and bounced back to profitability.

Still, the COVID-19 pandemic has wreaked havoc on large businesses, causing a significant spike in bankruptcy claims. According to Epiq, 3,600 companies filed for bankruptcy in the first half of 2020, a number that reflects a 26% increase year over year.[1]

While bankruptcy doesn’t necessarily mean the end, it does signify changes to come, whether by closing stores, cutting product offerings, laying off employees, or a variety of other cost-cutting measures. That said, here is a list of the major businesses that have filed for bankruptcy due to COVID-19.

Business That Filed for Bankruptcy in 2020

After launching as Dressbarn in 1962, Ann Taylor and Lane Bryant evolved into Ascena Retail Group in 2011 with more than 2,800 stores, including brands like Loft, Lou & Grey, and Catherines. Now, they’ve declared bankruptcy and released plans to close more than half of their stores.

Apex Parks owns and operates 14 family entertainment and water parks in New Jersey, California, and Florida, three of the states hit hardest by COVID-19. The forced closure of large public spaces caused problems for many parks and recreation companies, although Apex Parks indicated they do not intend to close permanently.

While the iconic luxury clothing company isn’t closing for good, they will undergo a significant restructuring after filing for bankruptcy in June. They were already struggling as corporate life moves toward more casual dress and now, with many Americans working from home, are closing three U.S. factories.

Although pizza has been a small comfort to many during the pandemic, California Pizza Kitchen was not one of the beneficiaries of a rise in takeout and delivery. Largely designed as a sit-down restaurant, CPK hasn’t adapted well to the pandemic and filed for bankruptcy in July. However, they do plan to keep all of their restaurants open during restructuring.

CEC Entertainment, owner of 550 Chuck E. Cheese and Peter Piper Pizza locations, filed for bankruptcy on June 24, the same day they reopened 266 venues after coronavirus-related closures. The move was seen as precautionary as they try to adjust to a new reality with less overhead.

After stating in a release that their insurance providers failed to pay about $175 million for “policies set in place to protect against losses stemming from business interruption such as that experienced as a direct result of the COVID-19 pandemic,”[2] the discount store Century 21 announced on September 10 that they were forced to file for bankruptcy and were closing all 13 of their locations.

The world-famous Canadian acrobatic and entertainment group has not been able to perform during the pandemic, resulting in significant financial losses. Pandemic-related cancellations and closures forced layoffs of almost 3,500 employees as nobody can say when live performances will begin again.

CMX Cinemas is known for their dine-in theater options. A subsidiary of Cinemex Holdings, CMX was in the process of acquiring Star Cinema Grill when COVID-19 forced theaters to close across the country, causing them to be overleveraged.

One of the first businesses to file for bankruptcy, perhaps unsurprisingly, was a food retailer. With restaurants closed, the New York City-based gourmet foods retailer Dean & Deluca was significantly impacted by the closure of restaurants across the country.

Under lockdown, people around the world used considerably less petroleum, eventually driving oil prices below zero for the first time in American history.[3] These two oil companies were particularly affected by the ensuing oil price war between Saudi Arabia and Russia.

The vitamin retail giant closed 30% of their stores in the U.S. and Canada temporarily during the pandemic and struggled to bounce back. They will close 1,200 stores, roughly 20% of their global brick-and-mortar presence, throughout this year.

Gold’s Gym owns and operates more than 700 gyms across the globe and has one of the more recognizable brand names. As the pandemic forced gyms to close, Gold’s was one of many chains to offer membership refunds, which cut into the company’s bottom line. They filed for bankruptcy on May 4.

Hertz is one of the globe’s largest and most well-known car rental services. It also owns rental brands Dollar and Thrifty. After filing for bankruptcy, the Hertz Corporation changed CEOs for the fourth time in six years.

One of the world’s most recognizable clothing brands, J. Crew filed for bankruptcy on May 4 and planned to close some store locations in August. However, its remaining stores and Madewell stores (which J. Crew also owns) will remain largely operational.

JCPenney was one of the country’s first department stores and, like most giant department store chains, has faced financial trouble for several years. As the pandemic has driven more shoppers online and to more budget-friendly fashion, JCPenney filed for bankruptcy and will be closing stores.

Yet another department store joined the bankruptcy filing list in August. Nearly 200 years after it was founded, America’s oldest department store has weathered many storms, only to take one of its most significant punches from the coronavirus pandemic.

The denim company will close 13 of their 200 stores due to the pandemic’s impact on sales across in-person and digital channels. The SPARC Group, which owns Nautica and Aéropostale, plans to buy Lucky Brand.

Neiman Marcus is a century-old luxury department store that faces the same challenges as many stores like it. Sears, Filene’s, Macy’s, Nordstrom, the aforementioned JCPenney, and Lord & Taylor have all struggled to adapt to the digital age. After filing for bankruptcy during COVID-19, Neiman Marcus may be in real trouble.

Pier 1 Imports filed for Chapter 11 bankruptcy in February but announced on May 19 that they’re still seeking bankruptcy court approval. The company searched for a buyer but was unable to find one due to the significant impact of the COVID-19 pandemic. They are already closing many of their 900 nationwide stores.

Rubie’s claims to be the world’s largest designer and manufacturer of Halloween costumes. While Halloween is far away, costume parties typically happen year-round—unless there is a global pandemic happening. Rubie’s filed for bankruptcy on April 30.

Stage Stores owns and operates Bealls, Goody’s, Palais Royal, Peebles, Gordman’s, and Stage Parent—a conglomeration that accounts for more than 800 stores in smaller and more rural communities. They sell a variety of goods, like apparel, cosmetics, and home goods but have struggled with forced closings due to the pandemic.

The upscale kitchen shop has closed 56 of their 121 stores after declaring bankruptcy in June.

The parent company of Men’s Wearhouse and Jos. A. Bank filed for bankruptcy in August after months of declining sales. With weddings, funerals, and other formal occasions largely going virtual, demand for suits has simply plummeted, with the company reporting that first-quarter sales were down 60%.

True Religion was all the rage with teens in the 2000s but they haven’t reached Gen Z in quite the same way. They filed once for bankruptcy in 2017 and were forced to file again during the COVID-19 pandemic.

The Texas-based discount homewares retailer operates nearly 700 stores in 39 states and filed for Chapter 11 bankruptcy on May 27.

After filing for bankruptcy on June 14, 24 Hour Fitness will close 133 of its locations.

Businesses are continuing to feel the effects of the COVID-19 pandemic, across industries and business models. In addition to this list are countless small businesses that have had to shut their doors—either temporarily or permanently.

While there was some government-funded aid at the beginning of the pandemic, the majority of business owners report that PPP wasn’t enough. If your business is still looking for ways to cut expenses and stay afloat, consider the following resources. And if you’re in a position to help, check out our guide on how to support small businesses during the coronavirus pandemic.

Nick Perry is a freelance writer based out of Boston. After working in Hollywood and Silicon Beach, he launched his own small business and frequently referenced Fundera’s resources. Now, he’s a contributing writer at Fundera. Nick has written extensively about small businesses, ecommerce, the restaurant industry, and entertainment. His work has appeared on Entrepreneur, Digital Trends, Toast’s On The Line, and more.