What Is a Credit Privacy Number: Don’t Get Caught Up in Illegal Credit Scam

Rieva Lesonsky
Editorial Note: Fundera exists to help you make better business decisions. That’s why we make sure our editorial integrity isn’t influenced by our own business. The opinions, analyses, reviews, or recommendations in this article are those of our editorial team alone.

Credit privacy numbers or credit profile numbers (often referred to as CPNs) are nine-digit numbers promoted online as an alternative to your Social Security number (SSN). In fact, they’re sometimes called secondary credit numbers, or SCNs. With rising concerns about identity theft, data breaches, and online privacy, you might be considering using a credit privacy number.

Should you be using a credit privacy number? Before you decide, you need to know as much as possible about CPNs as they could make a big difference on your credit applications, from credit cards to business loan application. We’ll go over the reasons someone might want a CPN, the possible ramifications of using one, and other ways to bring up your credit score.

Here’s the thing—CPNs are a scam, according to the Federal Trade Commission. They’re a way for people with bad credit to pay for the opportunity to “start fresh” with a whole new credit identity. Entities selling CPNs are often selling dormant Social Security Numbers of children, or are asking customers to change their address, license, and phone number. Pretty scary stuff, huh?

So, before diving more into CPNs, know that they are not legitimate or recognized by the government, and are often associated with scam. “There are no government agencies that issues a CPN, so anyone who tells you to apply for one is suspect,” George Birrell, a CPA and the founder of Taxhub, tells Fundera. “A CPN is simply a number made up by a non-governmental agency and has no legal use,” he says.

Companies offering CPNs are sometimes actually giving out stolen or dormant social security numbers. This is illegal and if you get one of these CPNs from the company and use it, you’re essentially committing fraud and you’ve taken part in identity fraud, which is illegal. “The entire concept of a CPN is fraudulent,” says Birrell.

Using one of these numbers can get you in trouble for a number of reasons. It is illegal to lie on a credit or loan application and to misrepresent your SSN, according to the FTC, and if you do either you could end up facing a fine or a prison sentence. 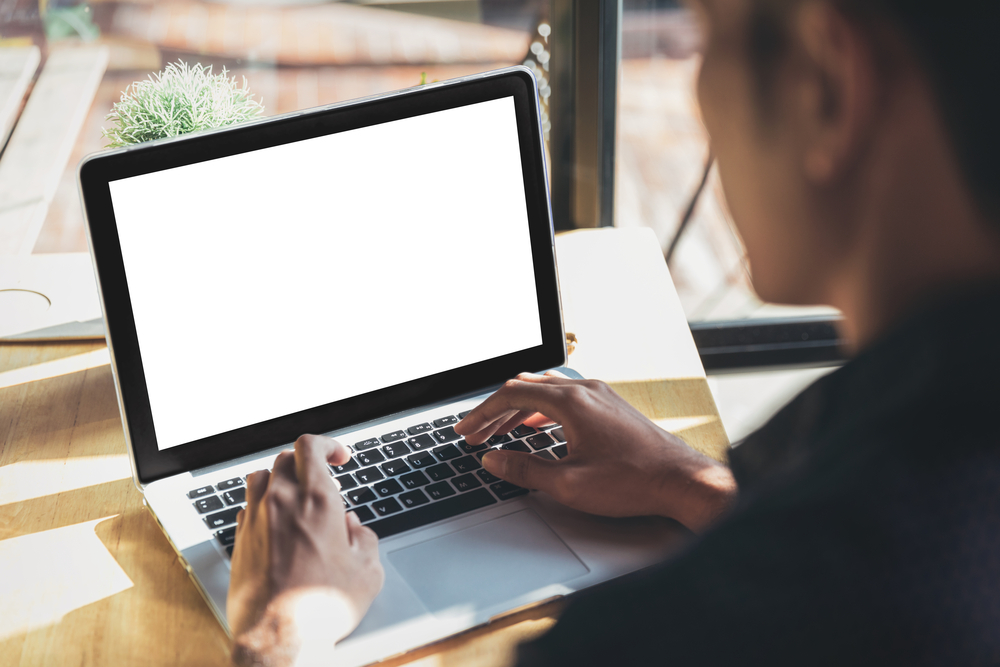 Why Would Someone Want to Use a Credit Privacy Number?

Nonetheless, despite these supposed pros of getting a CPN, credit privacy numbers end up still being a hindrance in a lot of ways, especially when it comes to getting actual credit for yourself. As we mentioned above, this could be everything from getting an auto loan to getting a business loan.

So, in theory, why would you want something like a private credit number?

People who are worried about identity theft and dislike the idea of sharing their Social Security number with anyone might get a CPN thinking they can use it as identification instead of their SSN.

In reality, however, if a lender asks for your SSN, they aren’t going to be satisfied with your credit privacy number—it’s not legitimate or accepted by the government. Think about it: You’re asking a bank to lend you tens or hundreds of thousands of dollars, trusting that you will pay it back, but you don’t trust them enough to share your SSN? A Social Security Number is just a way for banks and lenders to verify that you are who you say you are. A CPN keeping that private would not be accepted by lenders who need to make sure that they’re lending to the right profile.

It can help you clean up your credit history.

CPNs are often promoted as part of a plan to improve your credit, or a fresh start when you have bad credit. When you do an online search for “credit privacy number,” lots of credit repair programs pop up. By using the CPN, these companies claim, you can apply for credit cards, lines of credit, or loans, and the companies involved will never find out that you have bad credit.

However, it’s pretty obvious rather than improving your credit history, the credit privacy number is intended to hide it. And common sense will tell you that as long as the CPN is connected with you—your name, address, and other identifying information—it’s a simple matter for credit sources to uncover your credit score, no matter which ID number you use.

If anything, using a credit privacy number will make them more suspicious of your creditworthiness. Though it’s a difficult reality to face, that’s why you should focus on fixing your score instead. (More on that later).

Be Wary of Shady Sources

So, again, what is a CPN? Say it with us: when it comes down to it, CPNs a scam and not a credit solution. So really anyone offering a CPN should be considered “shady.”

You might not be shocked, as it is a product that’s often pitched as a way to cover up bad credit. No matter which way you look at it, though, CPNs are pretty iffy. In fact, a CardHub investigation of CPNs reports that criminals often use them specifically to conduct fraudulent activity.

Even worse, to reiterate, many credit privacy numbers are actually stolen or inactive Social Security numbers, such as those “from children or deceased individuals” an FBI spokesperson told CardHub.

What would happen if you put your CPN on a loan application and it turned out to be a stolen SSN? Aside from the guilt you’d feel at unwittingly being a party to stealing a dead person or child’s identity, this can get you in a whole lot of hot water. You could end up being investigated—or even prosecuted for criminal activity. Not the least of it: you certainly won’t get your loan.

However, that’s a small matter when you consider that your business’s reputation, along with your own, could be destroyed.

Are all credit privacy numbers stolen SSNs? Not necessarily. However, since CardHub’s investigation found that neither the Social Security Administration, the FBI, nor the Federal Trade Commission issues, controls, or tracks CPNs—and none would give a definitive answer as to whether the numbers are actually legal or not—the whole process sounds highly suspicious. Plus, would you really want to get one, knowing that you run the risk of it being stolen? 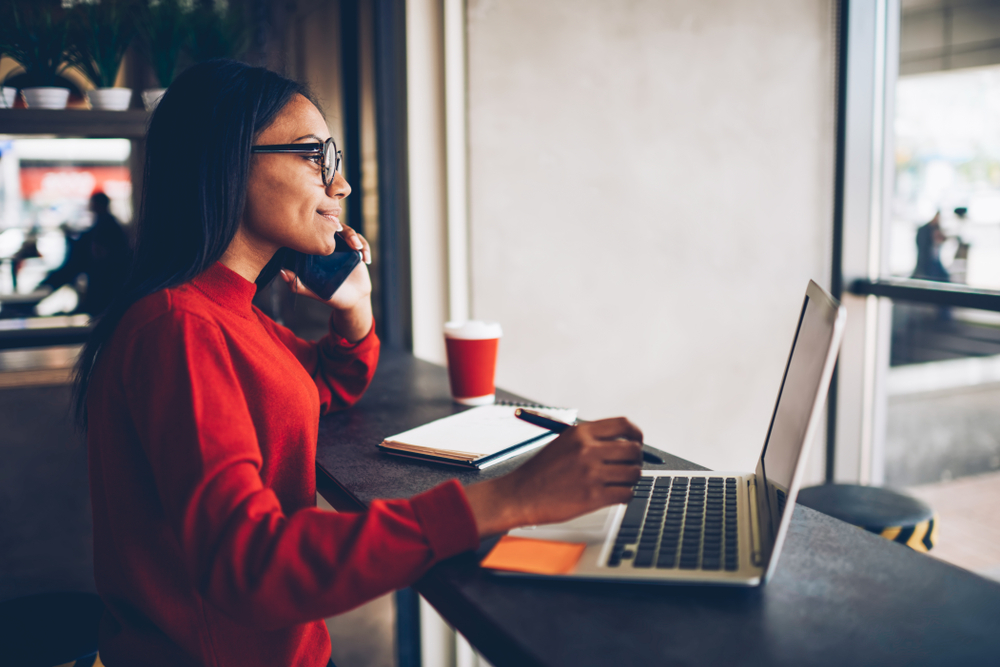 How to Avoid CPN Scams

While CPNs sound appealing, you don’t want to get mixed up in a legal case by participating. But there are enticing advertisements all over the place offering credit repair. The best option here is to not get one in the first place. Generally, if you’re looking into ways to repair or hide your bad credit:

If you’re trying to clean up your credit, there is actually a lot you can be doing to get this number up starting today.

How to Improve Bad Credit

CPNs are not a solution to bad credit. And while you might wish a silver bullet fix to struggling credit existed, there really isn’t anything out there that can skyrocket your credit overnight.

If you’re looking to improve your credit, avoid the CPNs and try incorporating the following best practices:

If you have bad credit, trying to hide behind a credit privacy number is not the answer. Taking steps to repair and improve your credit isn’t fast, but it’s the only long-term solution to help you get the credit score you want and the financing you need. As is with most things in life, there is no overnight way to achieve this. It’s disciplined behavior over time that will get you there.

When it comes down to it, trying to use a CPN to hie or “repair” your bad credit quickly isn’t a viable or safe option for you or your business. Credit privacy numbers aren’t actually real and can even put you at risk for legal ramifications if you try and use one.

Overall, you’re better off working to repair your credit over time, an option that will only do you good in the long run.

Rieva Lesonsky is a small business contributor for Fundera and CEO of GrowBiz Media, a media company. She has spent 30+ years covering, consulting and speaking to small businesses owners and entrepreneurs.

Latest posts by Rieva Lesonsky(see all)