Downsize Your Office Space to Save Money and Boost Productivity 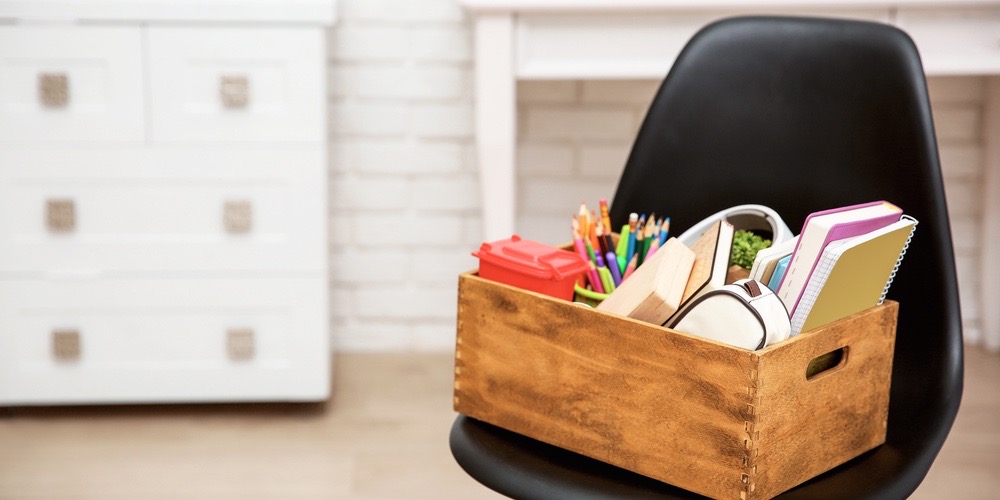 There was a time when having a big, luxurious office meant your company was winning. But leasing large amounts of commercial space, like using paper, is increasingly becoming a thing of the past for many successful businesses, particularly small businesses.

For one, office space costs money. Depending on where your business is based, you could be paying as much as $14,800 a year per employee in office space (assuming 200 square feet of space per employee, according to The Square Foot in 2015—and that number has likely gone up since then).

Even less expensive cities like Houston and Atlanta require you to shell out thousands of dollars a year to rent space.

But large, traditional office layouts—complete with corner offices and staid conference rooms—can cost you in other ways as well. 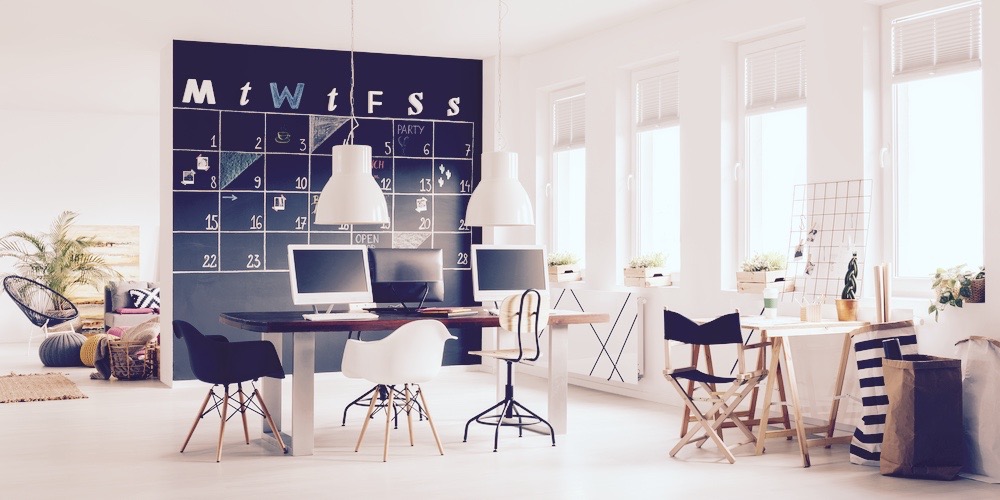 Over the last few years, companies around the country have redesigned their office spaces to boost productivity, such as 22squared in Atlanta, which gave up some of its leased space in a Midtown building to gain a brighter, inventive, more collaborative office.

It can be difficult to go from more space to less, particularly if you had your heart set on a certain office, or you expanded to fit the space (by buying excess furniture, or artwork, or whatever other items that you feel are important but are more than likely superfluous).

Here’s how to do it.

Paula Welsh, CEO and president of 7 Charming Sisters, an ecommerce fashion jewelry company, found herself with too much office space not long after starting up.

“During our startup phase, we had a very large office space with a host of larger fixed costs associated with it,” Welsh tells Fundera. “As we settled into the business, a bunch of people would work from home a few days here and there, and finally it dawned on us that our needs in terms of space were really a third of what we actually had.”

It’s not that the space was bleeding 7 Charming Sisters dry—Welsh says the company was leasing 8,000 square feet for about $8,500. It gave them all the typical trappings, such as offices, conference rooms, packaging and receiving, and a reception area, as well as “extras” like a photography studio and glam room for prop storage.

But after about a year, the company realized that the need for the space they were renting simply wasn’t there.

“The first year was a lot of trial and error, as we refined processes,” Welsh says. “We realized that for some tasks we didn’t need full-time positions, and it was easier to outsource, such as our photography.”

The biggest realization in regards to space wasn’t just that things could be outsourced. It was that full-time employees didn’t need to be at the office every day. 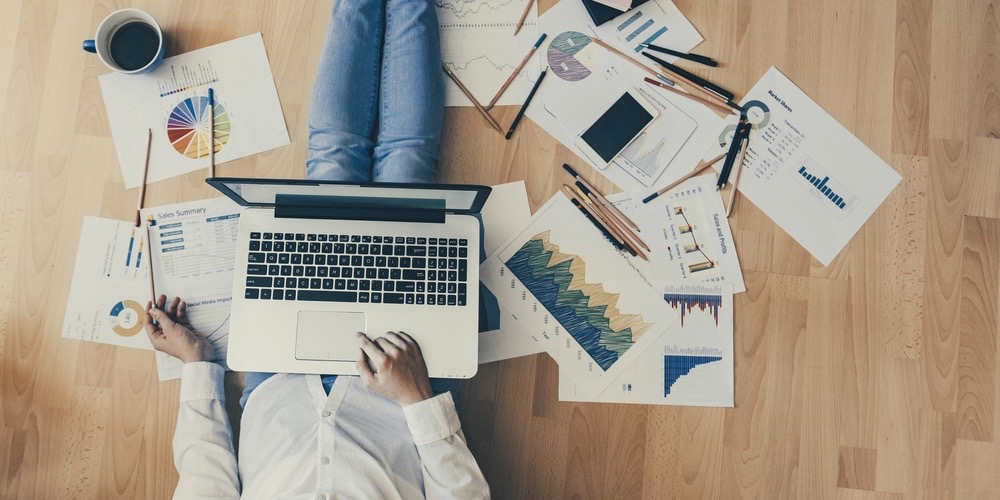 Remote work is hot right now: More Americans than ever are working remotely, and they’re doing so for longer periods of time. Last year, 43% of adults surveyed said they worked remotely at least part of the time, and those who reported working remotely four to five days a week jumped from 24% (in 2012) to 31% (in 2016).

“Many people preferred to work at home and, we found they were actually more productive there,” says Welsh of her employees, echoing a sentiment that many workers are self-reporting.

“We ended up reducing our office space as well as utility and insurance costs associated with it. Our office now includes office space for management who needs to be accessible, temporary space for staff who need it for a few hours or days, and several conference rooms for our twice weekly meetings.”

Whether or not working from home actually makes people more productive is the subject of intense debate, and depends greatly on what the company considers “productive.” But if the set-up works for your business (and some industries simply can’t embrace remote work the same way that others can), why not run with it?

“It was never our intention to work remotely, but it wasn’t something that we were against either,” says Welsh. “I’ve always been a person who worked from my home office about three days a week, and I’m probably 30% more productive when I do so. As other people worked from home for one reason or another, we realized, that with one or two exceptions, we were all more productive at home offices.”

As a result, 7 Charming Sisters paid a small fee to their original landlord to get out of their original space, and moved into a 2,500 square foot office.

“Our realized savings annually comes to about $70,000 in office rent and another $10,000 in related utility, maintenance and insurance costs,” Welsh reports. 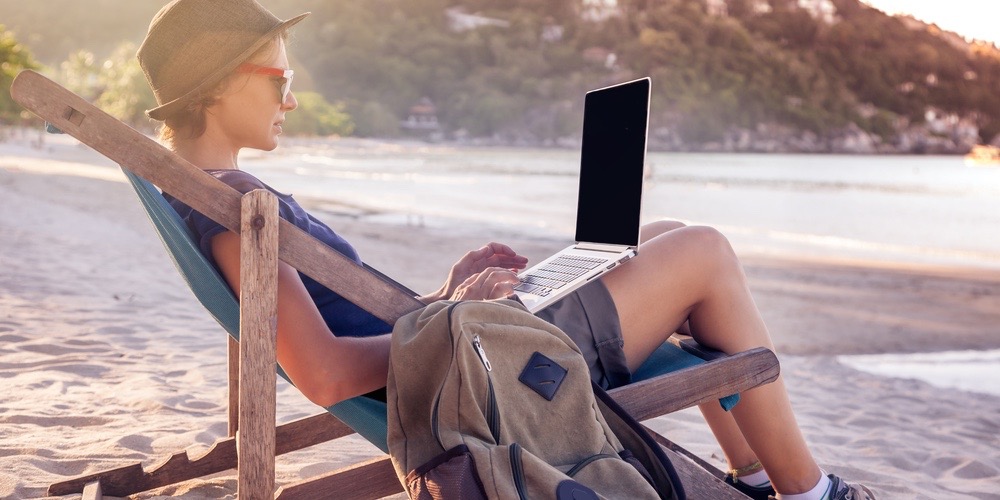 Of course, the switch to a more remote workforce comes with its own set of challenges and costs. Expect the transition to be a little smoother if your business already uses lots of web-based or cloud-based applications.

Communication and collaboration apps such as Google Drive, Trello, Slack, and Salesforce are particularly well-known for maintaining the bonds between remote workers.

From a management perspective, Welsh notes that the biggest adjustment comes from supervising people and making sure what needs to get done gets done.

“Because I was used to seeing everyone at one time, I managed by walking around deliberately. Once most people were remote, I had to make sure I collaborated, monitored, and supervised with everyone on a consistent basis. Skype and sticking to a meeting schedule was crucial,” Welsh says.

Welsh also invested in one new application that helped her feel more secure in how much work was getting done.

“All of our technology has been web-based from the very beginning, so we’ve always been able to work from anywhere. We’ve had very little change in that area with the move to a smaller space,” she says. “However, we did add a web-based application called Worksnaps for our employees. Worksnaps monitors and records their time working as well as provide snapshots of their actually work product. It’s incredibly affordable given its value.”

7 Charming Sisters now employs 16 people in all, including 12 remote workers. And Welsh reports actually seeing, in person, how effective her workforce can be while working remotely.

“I’ve watched one of the ladies complete two weeks worth of email marketing on her iPhone 6+ while we had a four-hour delay at the airport,” she says. 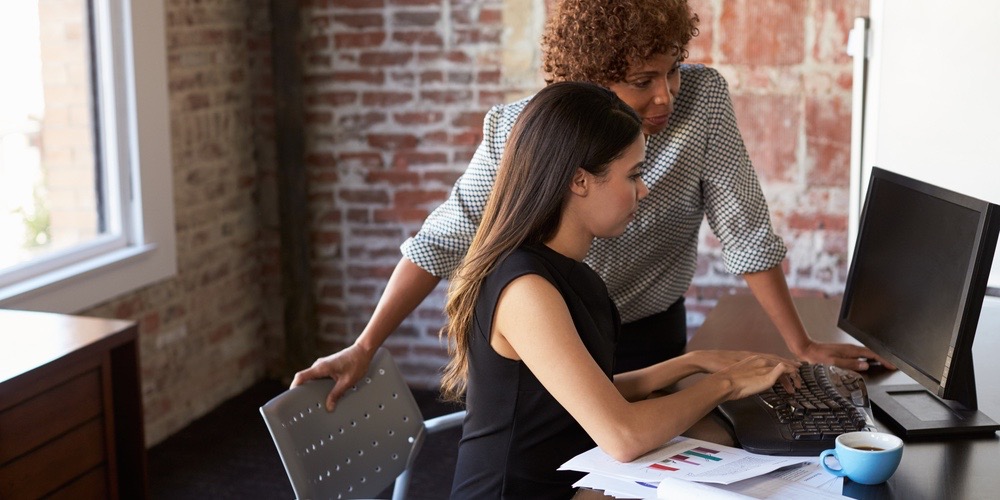 Some companies find that they can work remotely 100% of the time. Others, most famously IBM, have decided that working from home isn’t good for the company, and have insisted on their workers’ physical presence. For 7 Charming Sisters, the right balance is somewhere in the middle.

“We have used Skype and Google Hangouts, but there are times that in-person meetings are more effective, especially when working through problems or new developments,” says Welsh.

The most important thing to consider isn’t whether your employees are in the office or out at any given moment, but how productive they’re being wherever they are.

Fostering a positive work-life balance for employees is just one of the ways companies are finding helps create a happier—and thus more productive—workforce.

Happy employees are more collaborative, more engaged, and less likely to quit (and thus less costly). Letting them work remotely doesn’t necessarily translate into making them happy, but it does give them more flexibility and freedom—perks that younger workers in particular treasure.

That’s what many look for when  choosing an employer and sticking with them. Deloitte’s 2017 Millennial Survey concluded that millennials want “freelance flexibility with full-time stability,” which includes flexibility on time, location, role, and recruitment.

The takeaway here is that remote working appears to be the future for many businesses. The cost savings of not needing vast office space is the icing on the cake.

Downsizing your office space and transitioning to a more remote workforce isn’t an automatic recipe for increased productivity and success—it requires investing in new programs, and adjusting to new schedules and ways of doing business.

It does, however, guarantee that you’ll spend less on leasing your spot, as well as related insurance and utility costs. That right there is enough to make thousands of dollars worth of difference—and if the result is employees that are happier in and out of the office, more collaborative when they do work together in person, and more likely to stick around while you iron out the kinks, that’s an unbeatable bonus.

The way we work is expected to change rapidly in the next few years—by 2020, offices could look completely different than how we see or imagine them today. Now might be the time to get out ahead of the curve and see what a more fluid workforce can do for you.