The Economic Impact of Daylight Saving Time on Small Businesses 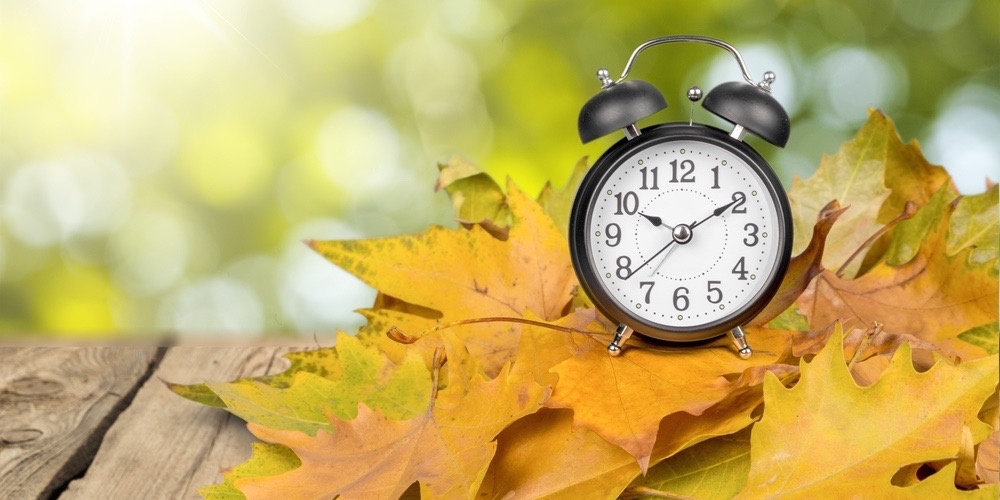 What’s less certain is the economic impact of daylight saving time —or what the point of it is at all. Many reasons have been given over the years for why we set our clocks forward, then back, and much of the data surrounding that reasoning has been either debunked or rendered useless.

Small business owners, in particular, might be interested in knowing how daylight saving time affects the bottom line, and whether they’d be better off with or without it. Small business owners don’t sleep anyway so that extra hour in November doesn’t mean much.

So, what’s the economic impact of daylight saving time, and should we keep it around?

Why Do We Have Daylight Saving Time?

Daylight saving time as we know it was first proposed in the late 1800s in New Zealand, and the early 1900s in England. Contrary to popular belief, Benjamin Franklin didn’t come up with the concept (though he did theorize on its effectiveness), as time wasn’t standardized in his day as it is now.

You’ve likely heard differing theories on why DST was first instituted, and why it was re-adopted here in the United States after the world largely abandoned the practice post-World War II. The main reasons given are, typically: it allows people more time for social and leisure activities in the spring and summer; it reduces energy costs, as people won’t need (as many) lights in their homes when waking up early; and it boosts consumer spending.

Are any of these things true, per se? And how are we affected by the economic impact of daylight saving time? Sure, it definitely gives people more after-work daylight hours half the year, and it does briefly brighten mornings in the fall and winter. But in modern times, reductions in energy costs are offset by the increased need for air conditioning. (A study in Indiana showed daylight saving time to increase energy spending; a statistical analysis in California showed no difference either way.)[1]

And whether the econonmic impact of daylight saving time decisively increases, decreases, or has no impact on consumer spending isn’t clear—different studies, and different cities, show different results.

What Is the Economic Impact of Daylight saving Time on Businesses?

For the most part, there is no economic impact of daylight saving time on businesses.

From an energy consumption standpoint, businesses likely experience a net loss from daylight saving time. And that appears to be the case, with some exceptions, for sales as well.

Big businesses and those that are specifically affected by daylight hours, such as golf courses, stand to benefit the most from daylight saving time, and have lobbied for it in the past. The CBC says that “industry groups representing big-box stores, sporting and recreational goods manufacturers, barbecue and charcoal retailers, shopping malls and golf courses all lobbied the U.S. Congress to extend daylight time,” which the legislature did in a 2005 energy bill.[2]

While there is evidence that variables like temperature, snowfall, humidity, and daylight affect consumer spending habits, the general consensus is that the time switch isn’t worth it.

For one thing, the boost to consumer spending, particularly for small businesses, is likely overstated, if not outright wrong. A study from JPMorgan Chase that compared credit card spending in Los Angeles during and after DST to Phoenix (which doesn’t adhere to the switch) found that while daily card spending per capita jumped in L.A. at the start of DST by 0.9%, it fell at the end of DST by 3.5%.[3]

While the study found variation among cities (San Diego had a slight overall increase; Denver had a larger overall decrease), it concluded that “our unprecedented view of spending around the beginning and end of DST does not support consumer spending claims of DST advocates.”

Additionally, the loss of productivity resulting from the “spring forward” likely wipes out any slight rise in sales and business. A 2012 paper showed that DST leads to an increase in “cyberloafing”—a fancy word for messing around on the computer rather than being a productive employee.[4] And the Lost-Hour Economic Index shows how the time shift leads to massive losses in cities around the country, due to sleepy employees.[5]

And that’s not even accounting for the health risks that crop up as a result of the start of DST, which is blamed for an uptick in both heart attacks and car crashes as our bodies struggle to adjust to a new rhythm.[6]

In all, the loss in profits range from anywhere from a few hundred million to the billions, depending on the analyses you believe—which can include opportunity cost, health risks, and less productive work.

How Can Small Businesses Take Advantage of the Economic Impact of Daylight Saving Time?

Some businesses actually plan their inventory rollouts around the change in time, such as online custom bedding site Flaneur.

“Based on previous years’ experiences, we launched the Introducing Flaneur collection that includes red, purple, and warm earthy tones because of consumers’ interest in creating a bed set that either brightens their room during the dark winter days or provides a cozy refuge,” says the company’s spokesperson.

Companies also recognize that the end of DST serves as a reminder to consumers that the holiday season, the cold, winter, and so on, are right around the corner.

“When the clocks roll back in the fall, it serves as a cue for people that it’s nearly winter and the cold will be coming soon. This helps remind them about the best way to stay warm while enjoying the outdoor scenery—hot tubs,” says Jay Labelle, the owner of hot tub cover company The Cover Guy. “It signals to my client base to check if their hot tub is in good condition, as well as their covers. My sales rise this time of year, and anything that helps my customers remember the cold is coming is the reason for it.”

If you have a seasonal business that does its best sales in the cold months, the end of DST is probably the best time to gear up for your cold weather run.

For many of us, it’s hard to remember a time without daylight saving, but it only became a widespread practice in the U.S. in the 1970s, following the energy crisis. And there are parts of the country, and the world, that don’t utilize it at all. Phoenix seems to survive just fine without daylight saving time—with no economic impact.

There aren’t many proponents of changing our clocks outside of big-box stores, gas stations, and barbecue retailers. Fewer Americans than ever see the point of it.[7] Farmers are annoyed by it since the change in time affects the internal clocks of cows and makes it more difficult to get crops to market during daylight hours. And it makes us less productive, less healthy, and more confused.

But daylight saving time seems to have cemented itself as a piece of folk wisdom that many of us just accept and live with. On the list of things to care passionately about, losing and gaining an hour year is far enough down the list that regular people and small business owners don’t think much about it. That’s because there’s no real economic impact of daylight saving time.

That being said, as technology finds evermore efficient ways of using electricity and the need to “save” energy from a lack of daylight becomes more absurd, we may see science and reason begin to catch up to our preconceptions about the need for saved time. As Matthew Rosza of the Daily Dot puts it, this practice actually hurts the people it’s supposed to help, and it stands in the way of real technological progress that could make a difference.[8]

So for now, as a small business owner, your number one goal should be for you and your team to simply survive the DST switch—get enough sleep, drive to work carefully, and give your body and mind time to adjust to a new clock (a process that can take anywhere from a day to a week or two).

The second thing should be to use what works about DST to your advantage: Cater to consumer obsession with sleep, rest, relaxation, and comfort around that time, and build your sales and inventory around the potential peaks and valleys of demand that spring and early winter can cause. (Inventory management software that tracks historical data would be particularly useful here.)

In all, because you’re a small business owner, you’re probably worried—but don’t worry too much. It’s just an hour, after all.