The Complete Guide to Franchise Tax 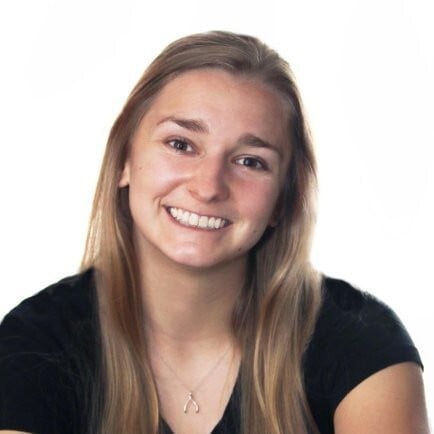 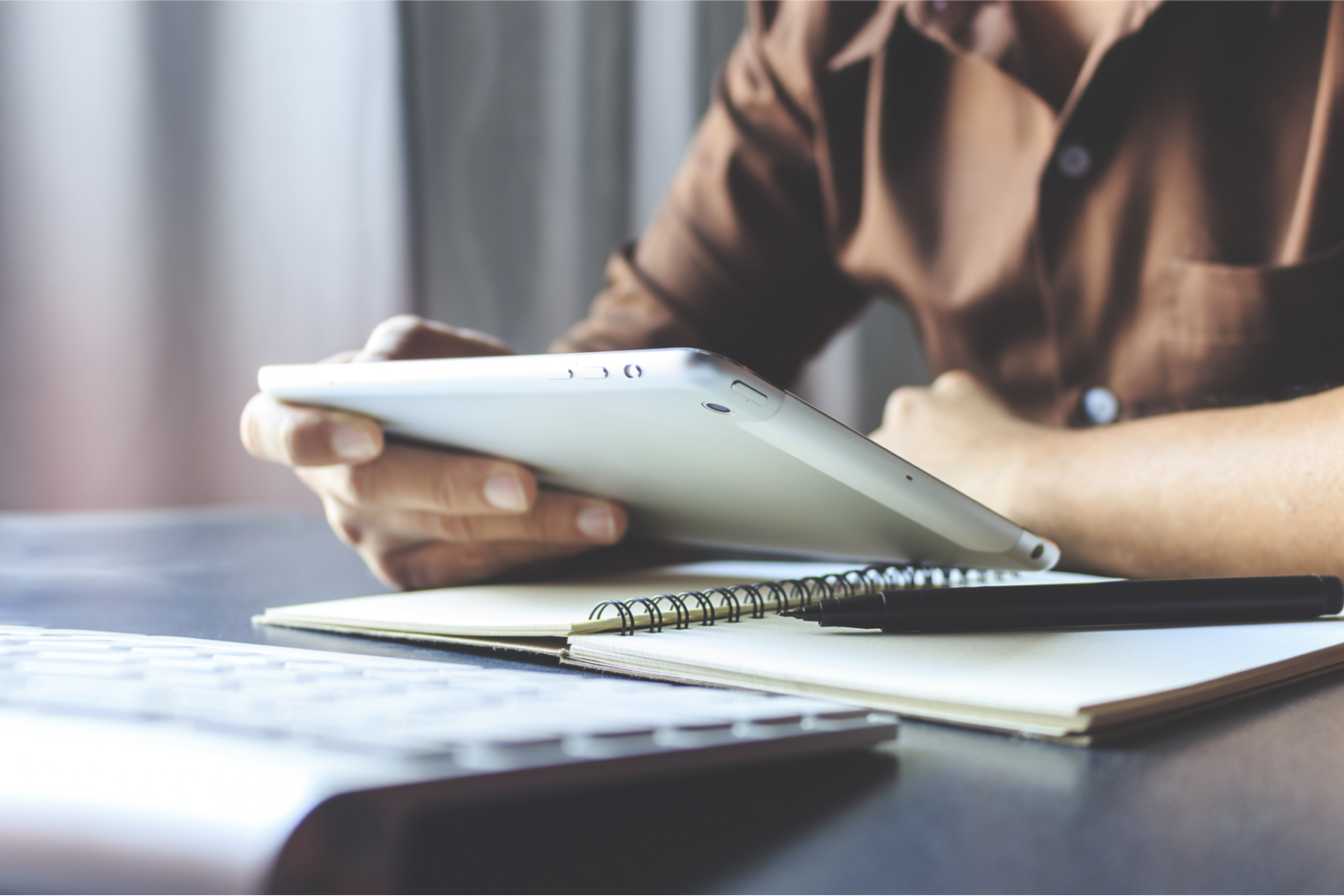 This article has been reviewed by tax expert Erica Gellerman, CPA.

What Is a Franchise Tax?

A franchise tax is levied against businesses by certain states for the privilege of doing business in that state. Not all states have a franchise tax and not all businesses have to pay them.

Certain types of taxes, like income and sales, are familiar to most people because in most states, anyone who makes or spends money has to pay those taxes. But a franchise tax is one that only business owners in some states will be familiar with. Even then, new small business owners filing their taxes might be confused, wondering: “What is a franchise tax and does it apply to me?”

Some taxes that small businesses are responsible for paying, like payroll tax, sales tax, and even self-employment tax are somewhat self-explanatory. The name of those taxes makes it pretty clear what they’re for and, in some cases, who they apply to as well. But franchise tax can be a little bit more confusing—in part, due to its name.

The name is a bit misleading—it actually has nothing to do with whether or not a business is a franchise. A franchise tax can actually be levied on nearly any business in the states that have it, though not all states do. So even if you don’t own a fast food chain restaurant, you should keep reading to find out what you need to know.

What Is Franchise Tax?

Put simply, a franchise tax is one that the state levies against a business simply for doing business in that state. Each state’s franchise tax varies and some states have it in addition to or instead of income tax or other small business taxes. Which businesses pay it, how it’s calculated, and some other details all differ from state to state—more on that later.

Be sure to note that a franchise tax is sometimes also called a privilege tax. It gets that name because it’s levied against a business for the privilege of doing business in a particular state. It’s different from an income tax, which most businesses also pay, a franchise tax is not based on profit, and is mandatory whether a business is profitable or not.

Who Has to Pay Franchise Tax?

To find out whether or not you need to register your business with the state, you can check with the United States Small Business Administration. Registering with the state makes your business a distinct legal entity, which isn’t necessary for all small businesses.

Which States Have Franchise Tax?

Only some states have businesses pay some sort of a franchise tax. These taxes can be charged in addition to the other states taxes. As of 2019 the states with a type of franchise tax were: Alabama, Arkansas, California, Delaware, Georgia, Illinois, Louisiana, Mississippi, New York, North Carolina, Oklahoma, Tennessee, and Texas. Washington D.C. also has a franchise tax.[1]

Where Have Franchise Taxes Been Eliminated?

A franchise tax is different from the standard income tax a business pays when filing taxes each year. The IRS has a helpful website that shows income tax details for different business structures like partnerships and limited liability companies, or LLCs, on a federal level.

How Much Is Franchise Tax and How to Calculate it?

The rate for franchise taxes varies from state to state just like the other rules around the tax do. Rules around these taxes vary based on the location of and the type of business you run and own, which is why it’s so important to be aware of the specifics of the franchise tax in your state.

Franchise tax is a flat rate in some states, which makes it easy to calculate depending on the type of business you have. Elsewhere though, the tax is calculated a number of ways. Metrics that can be used to determine the tax include: percentage of the assets of a business, a percentage of the net worth of the business, or even the gross receipts of the business for the tax year. It’s, however, not related to the income of a business in a given year.

Delaware has some of the highest rates of any state that collects it. There, the lowest the franchise tax will be for any business is $175 and the total tax can be calculated several ways. Those non-stock for-profit businesses will pay $175. Businesses can also calculate their franchise tax in Delaware using the Authorized Shares Method or the Assumed Par Value Capital Method. The methods are detailed on the Delaware Division of Corporations website, and some have a higher minimum cost than others do.

Most states, like Delaware, have calculators or details on how to calculate the specific tax on their website. Each state calculates the tax differently, so it’s best to double-check before filing. Some states, like New York, require business owners to calculate their tax several ways and then pay the highest calculation.

This, too, varies from state to state. Depending on where you’re paying the franchise tax, different departments within the state government are responsible for collecting the tax.

In Texas, where the franchise tax is described as “a privilege tax imposed on each taxable entity formed or organized in Texas or doing business in Texas,” the Comptroller’s Office handles the tax collection.[5] In California, on the other hand, there’s a designated Franchise Tax Board responsible for collecting the tax.

What are the legal ramifications for not paying franchise tax?

Business owners who fail to pay their franchise tax can face ramifications that could threaten their business as a whole, so it’s important you stay on top of any tax you owe. If you fail to pay your taxes, you’ll likely receive a notice from the department responsible for collecting the taxes. If the tax still goes unpaid, then you might face a tax lien. This is a good chance to get on a payment plan to start paying back what you owe.

Businesses that fail to pay their franchise tax can also lose their legal standing and therefore the ability to do business or remain in binding contracts in the state. They could also lose the standing to file lawsuits or be part of any legal action as well.

An LLC can potentially lose its protections as an LLC if you fail to pay the franchise tax for it. That would leave management or owners open to financial liability or vulnerability.

What are the deadlines for paying franchise tax?

Franchise taxes are annual taxes, so just because you pay them one year doesn’t mean you’re off the hook. Like the rates, along with which businesses are responsible for paying franchise taxes, when they’re due also varies from state to state.

Just like with any other tax, there are strict deadlines for franchise taxes and late fees if you miss the deadline. Some states use specific due dates for the tax to be due. It can vary depending on the type of business you have. In Delaware the due date is March 1 for corporations but not until June 1 for LLCs. In some states it’s due on the 15th day of the third or fourth month of the tax year.

Sometimes the date has to do with the anniversary of when the business was officially formed instead of a certain tax due date across the board. This would make the tax due in the same month as the business anniversary.

You can find the due date for the tax in your state on the state’s website. Each state has its deadlines listed, usually on the same site where the details about the tax are available. Deadlines following a granted extension should also be available in the same place online.

In all, it’s important to understand the way that franchise tax works in any state where your business operates, holds property, or makes sales because failing to pay them could end poorly for you and your business.

Some states have a franchise tax that is fairly low and as long as you’re aware of it as a business owner, fairly easy to pay. But remember, you may have to pay franchise taxes in more than one state if your business operates in several.

Nina Godlewski is a former staff writer at Fundera.

Nina worked to help make complicated business topics more accessible for small business owners. At Fundera, she focused on complex topics ranging from payroll management to launching a business. She was previously a staff writer at Newsweek covering technology, science, breaking news, and culture. She has also worked as a reporter for Business Insider and The Boston Globe.