Why America Should Be Optimistic About the Future of Small Business 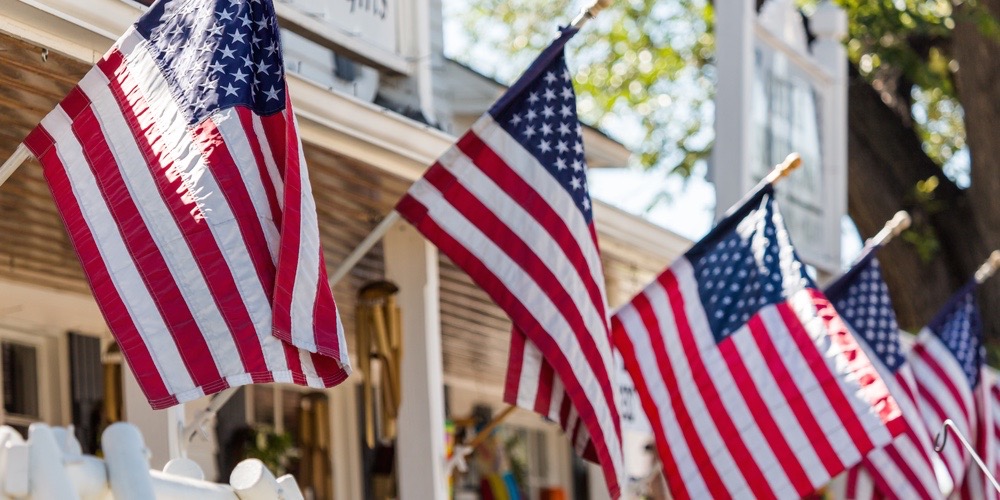 Despite what sometimes might seem like constant turmoil in Washington, D.C., small businesses and Wall Street appear unfazed. The stock market is breaking records, and small business confidence is high.

“None of the soap opera in Washington matters,” Frank Sullivan, chief executive of RPM International in Cleveland, told The New York Times. “Nobody in business cares about who talked to who in Russia. I’m in the middle of it in Cleveland, and small businesses are looking forward instead of over their shoulder.”[1]

While that might not be true for every small business owner, even the ones who are bothered by what’s happening in Washington—or not happening, in the case of this administration’s failure to replace the Affordable Care Act—have reasons to be optimistic.

One reason for lingering optimism is the President Donald Trump’s pledge to alter the tax code and ease regulations. At a small business roundtable on Aug. 1, he said, “America is on the verge of a golden age with small business.” Already, Trump’s administration has removed 860 final and proposed regulations, according to the Office of Management and Budget.[2]

“When Washington practices the Hippocratic oath toward business—first, do no harm—it’s amazing what the American economy can do,” Sullivan said. “Under the prior administration, you had a very, very aggressive regulatory environment in which businesses felt under attack.”

Terry Sutherland, director of the press office at the U.S. Small Business Administration, said optimism among small business owners has risen to levels not seen since the administration of Ronald Reagan.

“Consumer confidence is skyrocketing, jobs are being created, and the economy is beginning to rev up,” he said.

Sutherland pointed to the Wells Fargo/Gallup Small Business Index, which says that small business owners are the most optimistic they’ve been since July 2007. That’s on top of a survey by the U.S. Chamber of Commerce and MetLife that says 60% of small-business owners anticipate increased revenues in 2018 while 9% expect a decline.[3]

Here are more reasons for small businesses to be optimistic about the future, even if not everyone is enthusiastic about what’s happening in Washington.

Starting a Business Is Easier Than Ever

Fran Tarkenton was a Hall of Fame quarterback for the Minnesota Vikings and New York Giants. After his football career, he founded Tarkenton Co., which includes SmallBizClub.com, GoSmallBiz for startup consulting, Tarkenton Financial, and the Tarkenton Institute for entrepreneurial education.

“Small business owners are by nature optimistic,” he says. “That’s the whole reason they’re doing what they’re doing—taking risks to build something, create something, and help people. That’s the kind of mindset you have to have as an entrepreneur. Because if you’re always worried about failure, then you won’t take the chances you need to succeed. A lot of the things we try don’t work—but some of them do. And we keep trying because you never know when the next thing just might be the one that makes it. So, we’re a naturally optimistic bunch, and things continue to get better.”

Tarkenton also says technology is a big reason to be optimistic because it’s made it easier than ever to start your own business.

“Anyone can launch a business online, and there are more and more platforms that help them do just that,” he says. “It’s simpler, and these small companies are finding ways to take on the traditional big businesses—and win. Some of today’s biggest companies started off very small not too many years ago themselves, and that cycle continues.”

Tarkenton is also encouraged by what he sees happening in Washington. He cited former House Speaker Newt Gingrich’s work with the Job Creators Network, which advocates for tax reform.

More Businesses Are Adding Value All Around Them

Bob Keener, deputy director of public relations at the American Sustainable Business Council, sees reasons to be optimistic in the growth of worker ownership and ethical businesses, despite what he calls the “chaos and disruption” in Washington.

“Small businesses of all sectors that are finding ways to be ethical and responsible should be very optimistic,” he says. “We are seeing an incredible growth in the values-based economy.”

“We also see a strong trend in buying local, and this provides a great pathway for Main Street businesses to thrive,” he says. “And since small and medium enterprises are the main contributor to job creation, this bodes well for the country as a whole.”

More businesses are becoming owned by their employees, too, which he said is advantageous because “they are not subject to the typical financial risks of transferring ownership when owners retire. Worker ownership also pays major benefits by engaging employees more fully in the business.”

Keener says that what’s happening in Washington has not stopped businesses from creating value for communities and the country. He points to actions at the local and state levels that are forging partnerships between business leaders and legislators.

“Communities are coming together to provide solutions and are making progress in the absence of a viable pathway emerging from D.C.,” he says. “While each day in D.C. threatens to turn everything upside down, we see more small and midsized businesses understand that they have a constructive role to play beyond their day-to-day business. More and more businesses are standing up and speaking out—making public both their values and their policy interests. More business people are calling for Washington to take action on policy that is in the best interest of small businesses and the economy overall.”

Growth Is Catching On

Karen Kerrigan, president and CEO of the Small Business & Entrepreneurship Council, said that during the recession and the recovery, small businesses learned to be more efficient and embraced technology. This, she said, has improved their competitiveness and set them up for major growth.

“New businesses now have better survival rates,” she says. “According to the SBA Office of Advocacy, 79.9% of establishments started in 2014 survived until 2015, the highest share since 2005. With the improvement in the economy, there is more interest among Americans to start businesses, which is critical and needed for our economy since entrepreneurship has waned over the last decade.”

There’s also reason to be optimistic for the next generation of small business owners. Kerrigan cited the May 2017 survey by America’s Small Business Development Centers that said “half of millennials plan to start a business in the next three years.”