Contributor at Fundera
Vivian Giang is a freelance journalist who covers strategy, leadership, organizational psychology and gender issues for Fast Company, Marie Claire, Fortune, Slate, among others. Previously, she was the lead entrepreneurship editor at Mic.com. Prior to that, Vivian launched the Careers vertical at Business Insider, which focused on the evolving office, emerging industries, and the most current employment trends. You can find her on Twitter at @vivian_giang.

Vivian Giang
Editorial Note: Fundera exists to help you make better business decisions. That’s why we make sure our editorial integrity isn’t influenced by our own business. The opinions, analyses, reviews, or recommendations in this article are those of our editorial team alone.

After Julia Hartz gave birth to her first child in 2008, her husband, Kevin, had to leave the hospital to let their first employee into the office. Today, most people have heard of Hartz’ business, Eventbrite, which processed more than $1.5 billion in gross ticket sales and sold more than 80 million tickets to 1.7 million events last year.

For entrepreneurs who are also parents, Hartz’ story is a familiar one. Growing a business while raising kids at the same time is no easy feat and oftentimes, your business, your family, and your life doesn’t wait for you to catch up. Additionally, life sometimes has a funny way of having your career pick up at the same time your family life does. So, how do these entrepreneurs balance the two? If being a parent takes time, devotion, and work and being an entrepreneur takes time, devotion, and work, how do you become successful at both?

The entrepreneurs below talk about their balancing act:

Stop multitasking: you can only focus on one thing at a time.

Many of us may think that we can multi-task, but when it comes to your business and family, one or the other at a time is the best way to proceed.

For Nellie Akalp, running a multi-million dollar firm while parenting four kids — 13 year old twins, an 11-year-old, and a four-year-old — takes a lot of compartmentalizing. The CEO of CorpNet.com, an online legal document filing service, says that she doesn’t have a computer at home because if she did, she would be working around the clock.

“Believe me, I learned the hard way,” she says. “Now, I’ve learned that work is between the hours of eight to five at the most, and then I’m a parent.” Akalp explains that entrepreneurs aren’t able to give it their all if they’re at the office thinking about their kids or with the kids and thinking about work. So, plan and prioritize your time for maximum results, she suggests.

For Susie Orman Schnall, founder of The Balance Project and author of two books, The Balance Project: A Novel and On Grace, being successful at both — and keeping your sanity — means dedicating work hours while her three boys are in school.

“When I do have to work in the afternoons, I’m very clear about expectations and they’re old enough to understand,” she says. “Each day brings its own set of challenges and I’m also flexible when I need to deal with the unexpected.”

When it comes to planning and prioritizing, Schnall has learned to be realistic about what she can and can’t accomplish.

She says: “[I] have embraced my choice about how much time I personally devote to parenthood and my career. It’s not easy, but it’s worth taking the time to create a structure so I can feel fulfilled professionally and as a parent.”

Perfect balance is unattainable, so define your own version of “having it all.”

It’s impossible to “have it all” all at the same time, so Jill Salzman, serial entrepreneur and founder of The Founding Moms doesn’t try.

“There’s really no such thing as balance, it’s really just a mirage,” explains Salzman. She says that the part she loves most about being a mom entrepreneur is that “some days are weighted more heavily in the parenting department, and some in the business owner department.”

She adds: “You never get it right, and it’s always a juggle. But it’s the juggle that makes it all worthwhile. It’s what drives me, really, and makes me a better business owner and a parent.”

In fact, Salzman believes it’s this juggle that makes moms the best entrepreneurs, as she explains to an audience in her 2011 TED Talk.

Instead of beating yourself up for not having perfect balance, Salzman says to stop chasing “the ever-elusive thing.”

She explains, “You won’t accomplish anything by doing so. Know and appreciate that your days will be very full — full of working hard to grow your business, working hard to grow your family — and that the point is to enjoy it all and find happiness in the craziness. Once you can do that, there’s no need for balance. Your kids will thank you for being a working parent because it will bring out the best in you. Promise.”

If you can’t separate the kids from the business, then involve them.

Adi Tatarko started home renovation and design platform Houzz in 2009 with her husband, Alon Cohen, as “a side project” and today, the billion-dollar company attracts more than 25 million monthly unique visitors and over 600,000 active home professionals. To “balance” as much as they can, the husband-wife team involve their kids with the goings-on of their business.

“I’ve found that being transparent with our kids about the challenges we face and involving them in finding solutions has been incredibly helpful,” says Tatarko. “Both the kids and the company keep growing, that means that I need to adapt and adjust with both of them. While it’s always challenging, it’s definitely doable and fun.”

Akalp utilizes a similar strategy and says she involves her kids “in every aspect of [her] business.”

“We have dinner at least three to four times a week as a family,” says Akalp, “and oftentimes, some of the biggest questions they ask are, ‘How was your day at work? How is the business? What did you guys do?’ They’re very interested to know how the business is doing. To me, that’s very important because I want to raise entrepreneurial kids.”

Learn to say “no” to certain opportunities that don’t serve you well.

Cooper Hudson co-owns two restaurants, Mama’s Boy and Goodie-Two Shoes, as well as a catering business. She’s also the mother to a six-month old daughter, so her priorities which used to involve work, work, and more work at one time, have changed.

“The choice is now more directed at my child or my business,” she says. “I’m less apt to let someone talk me into something that I don’t want to do. I’m less apt to take on three catering jobs in one day — that’s going to make me work a 16-hour day — than I would before. Now, my time is incredibly valuable. It affects me and another human being — and my husband too.”

Do you have any additional tips for parent-entrepreneurs? 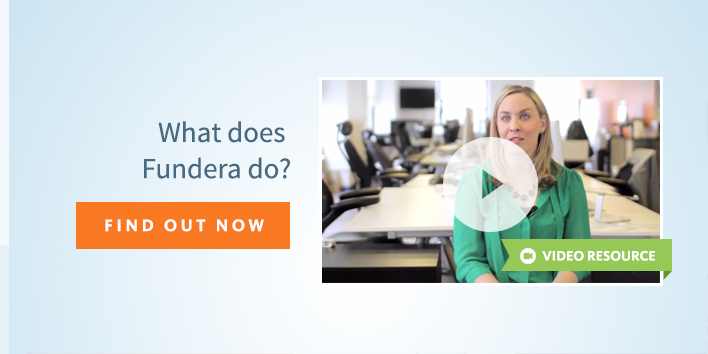 Contributor at Fundera
Vivian Giang is a freelance journalist who covers strategy, leadership, organizational psychology and gender issues for Fast Company, Marie Claire, Fortune, Slate, among others. Previously, she was the lead entrepreneurship editor at Mic.com. Prior to that, Vivian launched the Careers vertical at Business Insider, which focused on the evolving office, emerging industries, and the most current employment trends. You can find her on Twitter at @vivian_giang.