‘The Millionaire Next Door’: How to Apply It to Your Business

Robb Todd
Editorial Note: Fundera exists to help you make better business decisions. That’s why we make sure our editorial integrity isn’t influenced by our own business. The opinions, analyses, reviews, or recommendations in this article are those of our editorial team alone.

When Tom Stanley asked William Danko for help studying the affluent in 1973, it began a decades-long collaboration that produced one of the most popular and influential books about money ever written, “The Millionaire Next Door.”

The two PhDs explored what lies underneath everyday millionaires—the rich people among us who don’t overspend but save and invest wisely and have the bank accounts to show for it. More than two decades later, the principles their book offers still shape a clear pathway toward wealth.

“The book was first published during a bull market in 1996,” Danko says. “For the next decade, just about every asset class rose. When the 2008-2009 financial crisis hit, we found that those who were diversified and had multiple streams of income weathered the storm. The lesson is timeless: Hold a diversified set of assets.”

That’s all well and good, but what does this have to do with your business? Believe it or not, this classic book on personal finance applies quite elegantly to running a small business. In this review, we’ll go over the main ideas in “The Millionaire Next Door,” how the times have changed, and how to apply the basic principles to run a better business.

So Much Has Changed—and Stayed the Same

Danko says that he and Stanley, who died in 2015, had high hopes for “The Millionaire Next Door” when they were writing it because it was based on 20 years of study and incorporated their original data. Their publisher, though, was more cautious and only printed 5,000 copies for the first run. Those initial copies sold out quickly. Today, the book has topped 4 million in sales.

“[Stanley] called me up in 1993 with the concept of ‘big hat, no cattle,’ and asked me to reanalyze several nationwide surveys we had conducted,” Danko says. “This led to yet another survey that integrated the topics of the book. Since we had delivered a number of successful projects in the past, we had a sense that the book would also be competently executed.”

The concept of “big hat, no cattle,” which had been the working title of the book, is the embodiment of the book’s main lessons: prudence, thrift, and modesty. The co-authors first encountered the expression while talking to a 35-year-old Texan who owned a business that rebuilt large diesel engines. He didn’t flash his wealth. He wore jeans, drove an old truck, and lived in a modest home.

“[My] business does not look pretty,” he told them. “I don’t play the part … don’t act it …. When my British partners first met me, they thought I was one of our truck drivers. They looked all over my office, looked at everyone but me. Then the senior guy in the group said, ‘Oh, we forgot we were in Texas!’ I don’t own big hats, but I have a lot of cattle.”

Lessons in the book such as this have influenced a generation of financial advisers, including Benjamin J. Brandt, who founded Capital City Wealth Management Inc.

“The ‘glittering rich’ caricature doesn’t hold up to reality,” Brandt says. “For every Wall Street tycoon in a Rolls-Royce, there is an equally wealthy farmer or barber or architect that carries their wealth modestly.”

Takeaway for Making Your Business “the Millionaire Next Door”

Aside from the classic stereotypes pitting Wall Street or tech giants against ideas of the common, hard-working man, the basic principle holds. Wealth is not about what you have on display. It’s about what you have in the bank and spread across asset types (real estate, mutual funds, and even cattle are considered assets).

While providing office perks is important for employee morale, it’s important to understand that everything costs money. Fancy water coolers and sleeping pods may seem cool, but they also take money away from what you could be investing back into your business.

The Profile of an American Millionaire: Not What You’d Expect 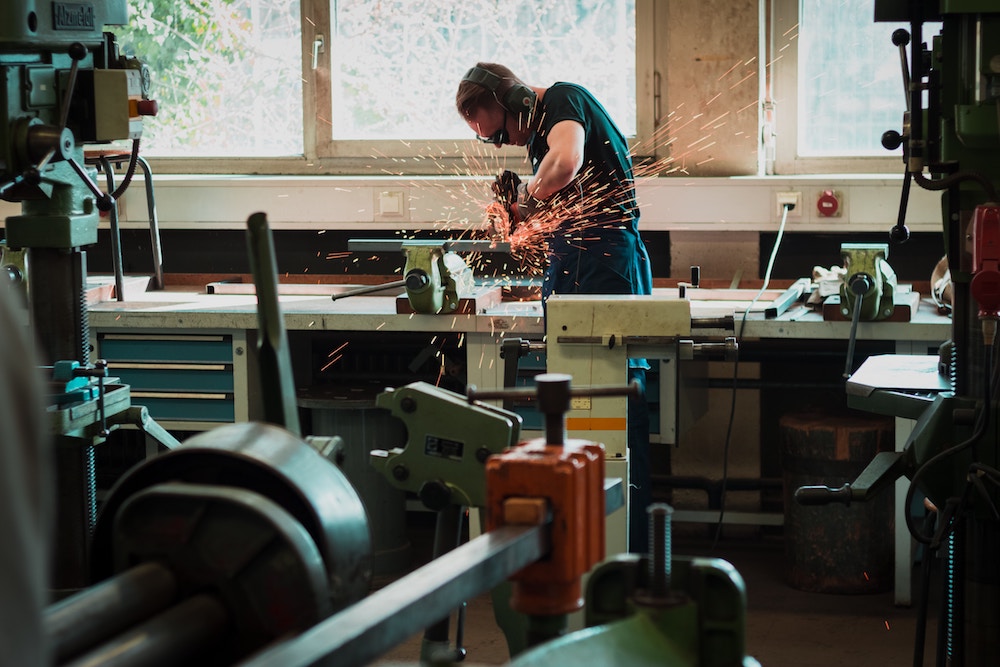 The book says that the prototypical American millionaire is a 57-year-old man who is married with three kids who lives well below his means. He might be a welding contractor, pest controller, rice farmer, or an owner of a mobile home park.

“Eighty percent of millionaires profiled in his book were first-generation wealthy,” Brandt says. “It is easy to assume that every wealthy person inherited their wealth, but that would be incorrect. The American dream is still alive and well for those willing to live modestly and invest for the long run.”

Brandt also points to some of the other lessons from the book that can set someone on the right path toward wealth: Major purchasing decisions have consequences far beyond the sticker price, such as the maintenance costs of a house or boat as well as many other luxury items.

“An expensive car, private school—all have lifestyle maintenance costs that will erode your most powerful wealth building asset—your income,” he says.

Brandt says all the principles in the book, which hasn’t been revised since 2010, hold up in today’s economy, adding that anyone who followed all of the book’s ideas would be successful.

“Disciplined saving and diligent investing will accumulate wealth in any economy,” he says. “In fact, a diligent investor living below their means will not only survive a weak economy but may even profit from it.”

Brandt adds that not only would a “gigantic percentage” of the population “find success building wealth following Stanley’s principles outlined in his book, they would also lead a more content life. Finding happiness outside of material possessions has carryover into your relationships with your spouse, your children, etc. I really feel these lessons are timeless. Frugality works, always.”

Takeaway for Making Your Business “The Millionaire Next Door”

Everything you purchase for your business, whether it be something physical such as equipment, or something less tangible such as marketing services, has costs. These don’t just have a sticker price—they have a lifetime value and (should) come with returns. When thinking about whether to make a big purchase or hire a new employee, think about the total costs and potential returns.

Though your business may not have enough cash on hand to invest in other companies like, say, Apple, every decision you make is an investment in your own company. Will you invest in great staff? What about brand? The best companies choose a few, and diversify their investments.

David Rae, a certified financial planner with FinancialPlannerLA.com, agrees that the book still holds up, even with major changes in home buying, technology, and travel since the book was last published.

“The days of graduating high school or college and buying a home right after are long gone,” Rae says. “You now actually have to qualify for a mortgage, or often come up with a substantial down payment. Millennials today just don’t want to be tied down like that. They are spending more on travel and time with friends.”

He said they are also putting off having kids, getting married, and buying homes—but they’re not putting off buying technology or expensive coffee.

“Somehow, I think Thomas Stanley would hate Starbucks or at least the amount people spend on Starbucks,” Rae says. “All the same, it is part of life, and that spending is not going away.”

Rae says there has always been pressure to keep up with the Joneses, but that things that were once luxuries are now seen as necessities.

“We want the latest smart phone and unlimited data,” he says. “We also have much more access to credit, which, when used wisely, can be a great thing. It also makes it much easier to dig a much bigger hole than was really possible when this book was originally written.”

Regardless of the new challenges, he agrees with Brandt that the book’s lessons are still relevant.

“I think you could be extremely successful following the principles of the book if you take the lessons to apply to your finances, rather than hard, fast figures to follow exactly,” he says. “I think you could learn from the principles of the book, but you should adjust for your specific goals and needs. If your dream is to travel the world, go for it. You may need to cut back in other areas to afford it, but don’t let some principle in this book hold you back from seeing every corner of the globe.”

Takeaway for Making Your Business “The Millionaire Next Door”

The current generation has it harder than earlier ones, and businesses are no exception. In addition to this, there are so many more options than ever before and expectations put on businesses to serve their communities and support their employees. Regardless of how you feel about the realities of operating in the modern economy, you have to admit it costs a bit more.

Though it can be more challenging to operate below your means, at the end of the day, wealth is what you keep, and growth is about how much you can invest back into your business. It’s important to do what you can to keep net profits high, so that you can continue to invest and grow your business.

Are You Ready to Be The Millionaire Next Door?

Though “The Millionaire Next Door” is a book about personal finances, its basic lessons can be applied to running a small business. Though profits are more than likely top of mind for you as a small business owner, it’s always good to have a reminder that cutting back (within reason) can create big gains down the line. If you’re struggling to increase profits or looking to kick your business into growth, remember to start with trimming the fat. It’s about what you keep and invest back into your business, not about what you spend.