Business Influencers: How to Find Them for a Free Marketing Campaign

Business influencers are individuals who have cultivated a specific audience, typically on social media, and therefore, have the ability to affect the purchase decisions of others. These influencers have the potential to help small business owners by promoting their business or service at little to no cost.

Of course, “free” is a complicated word in the world of business, since time is money and every minute spent on one project is essentially a use of limited resources. But if the goal is cutting costs while still getting the word out about your product or service, third-party influencers who are unconnected to the brand are the best bet.

Social Media Influencers Dominate—but Can They Help Your Business?

Influencers take many forms. The best-known in this social media era are creative types with large Instagram, Twitter, Snapchat, Tumblr and Facebook followings they’ve built organically. They’re artists, designers, performers, and YouTubers (sorry, Google+, there’s not be action happening there). And their followers tend to trust their recommendations, which are based on their personal choices and tastes or, increasingly, come directly from brands.

These days, influencers understand the power they wield over their thousands of devotees, and they make brands pay to use them as a vehicle for promotion. A trusted friend will tell you about a great restaurant for free, but an influencer will need some prodding (usually in the form of money) to do the same. Influencers won’t simply promote any product—it has to be a good fit for their personal brand as well (i.e., a makeup designer likely won’t hawk sports memorabilia on their page). And finding a great product fit is how to get influencers to promote your product for free.

Banza is a chickpea pasta company that has received lots of attention for its innovative “healthy” pasta option due to appearances on the CNBC reality show “Restaurant Startup” and the documentary “Generation Startup.” In a recent write-up in the New York Times, founder Brian Rudolph detailed how he used influencer marketing—emailing pitches to both journalists and influencers—to gain traction for a product that at the time was still going through growing pains.[1]

“I’d leave comments on the photos of people with big Instagram followings and say, ‘Hey this looks really good, would you want to try our product?’” Rudolph told the paper. “When an influencer shares our product, other influencers want our product. That was one way of getting the product out there for a small business without a ton of resources.”

Usually it’s a marketing firm’s domain to pitch journalists (more on that below) and influencers on featuring your product. But as Rudolph shows, any business owner could take it upon themselves to leave comments on Instagram posts. If the influencer takes notice, tries the product (this may involve sending samples, a time-honored method of upselling), and actually likes it, they’ll probably let their followers—who, as Rudolph notes, can include other influencers—know about it.

The only risk here is that an influencer doesn’t like the product and makes their feelings public. Banza came up against that as well in the Times article. A food blogger had given Banza a negative review, and Rudolph followed up with an updated version of his product. “If there’s 1 out of 100 people who don’t like your product, you’re taking a chance because those are going to be the people who are going to be very vocal,” he said. “You have to deal with that.”

The common sentiment is that all press is good press. And while that’s not totally true—bad news spreads like viral wildfire on Twitter and Facebook—it’s possible to turn bad influencer attention into a positive: Banza took a hit in their episode of “Restaurant Startup,” but the appearance also led to praise and a $75,000 investment.

Though some influencers may naturally like a product, some want a payout. There’s even a Tumblr dedicated to documenting which brands have paid for an influencer to promote their products. But another set of business influencers, by nature, are standing by and interested in drawing attention to your product if they find it compelling. Those people are bloggers and journalists, who also wield trusted influence and have a stake in a good story.

This is where some knowledge of marketing and journalism comes in handy. A good product, in and of itself, isn’t always a story—you can score free coverage if you know how to connect your business to larger trends.

He came up with the idea of connecting his new product with the 60th anniversary of the Toronto subway system. “I did some searches on Google to see who covered this event,” he wrote about this experience. “One stuck out immediately. It was a pretty popular local online blog, and they just wrote an article about the subway systems 60th anniversary.” Such connections are a win-win for journalists who need a news edge and entrepreneurs who need to get the word out about their product.

This is the common thread between “traditional” influencers and journalists/bloggers: The product needs to serve their needs as much as them mentioning it serves yours.

Business Influencers—Free or Low-Cost Ways to Find Them

Plenty of online tools exist for connecting small business owners with influencers. Some require small investments, while others are completely free to use.

When it comes to finding social media business influencers, the best free tactic is to search for people in your field using related hashtags and key search terms. Cold pitching them through comments or direct message can work well (especially if you’ve already established a relationship with them by sharing and posting their content and commenting on their work) and is the smallest investment of time and effort you can put into marketing a product.

There are more formal tools as well. Consider:

Writers, journalists, and bloggers of all ilk are a little easier to identify with free tools. Of course, you can pitch any writer yourself (as Finch’s founder did), but you can also narrow your search to only the most relevant options using HARO, or Help A Reporter Out. HARO is a forum where reporters and sources can meet to exchange requests and stories for upcoming articles. For a small investment, you can also use PressFriendly, which is an in-house PR tool that provides a database of tech journalists as well as the best ways to get in touch with them. 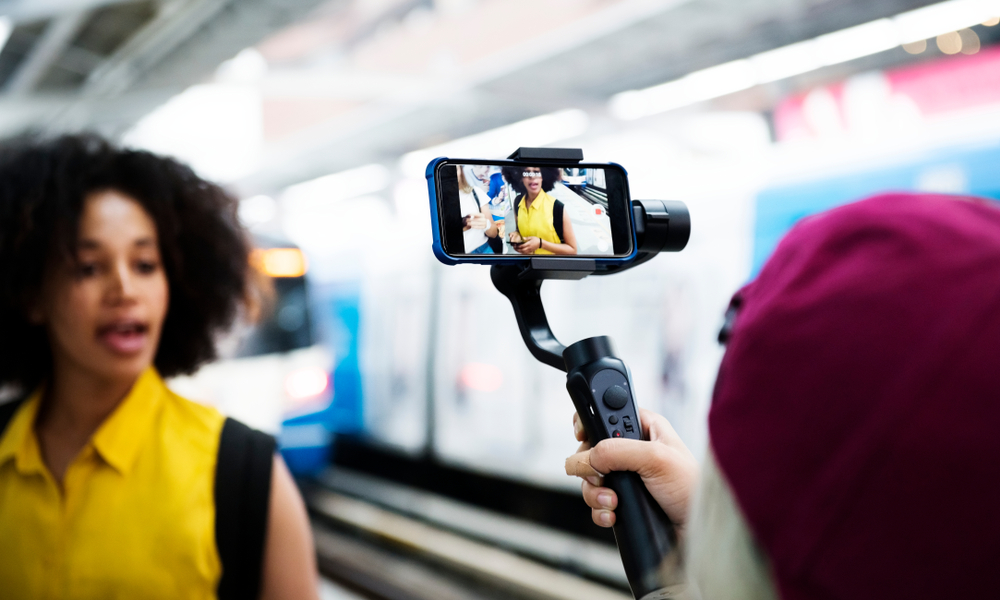 They say that the front page of the magazine is an example of good marketing, while the back page is advertising. That formula is even more simple in the age of social media: Honest recommendations are good marketing, while posts marked with #ad or #sponsored are advertising. Creating a mutually beneficial relationship with social media business influencers as well as journalists is the best free (or at worst, low-cost) way to market your product.

Then, as with the case of Banza, the rest—actually creating a delicious pasta made from chickpeas, in their case—is up to you. If your business can stand up to scrutiny from discerning influencers, you’re in good shape for the public at large.