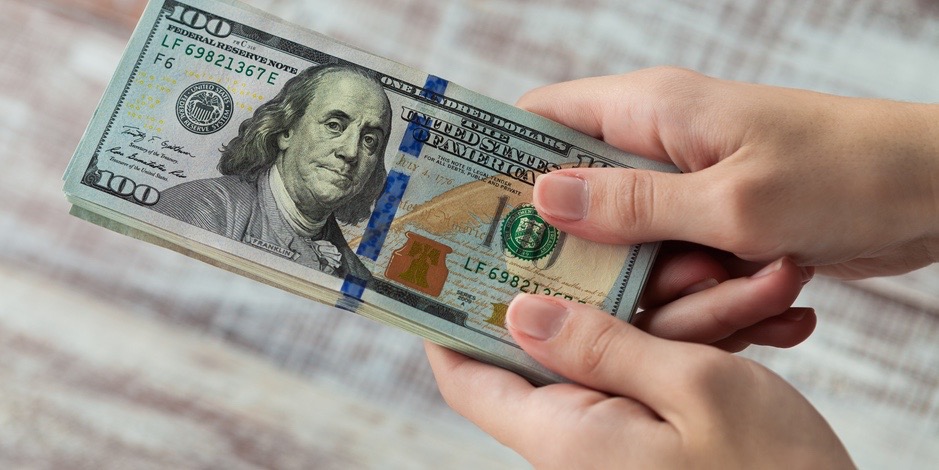 It seems like a fairly obvious, if difficult to institute, business hack: If you want happier employees, pay them more. Happier employees are more productive, which means that they’re worth the investment.

We see this play out for large corporations all the time. When Wal-Mart pays its employees minimum wage or close to it, turnover is high—but when they increase wages, people stay on and do better work.[1]

It’s long been the viewpoint of many small business owners that they can’t compete with larger businesses in this fashion. But that’s changing, according to a recent article in The Wall Street Journal.[2]

A Trend in Employees’ Favor

The WSJ says small businesses across the country are increasing their wages at a faster rate than medium-size or even large firms. All industries with businesses made up of 49 or fewer employees saw a pay bump of just over 1%.

This trend reflects the new reality for small businesses:

So, while the dominating ethos of our culture—with some notable exceptions—is that companies are less profitable if they spend more money on their employees, that way of thinking is seen as increasingly untenable by thousands of business owners. Paying people more money is the new black.

Joanna Douglas, the owner of Clean Affinity, a house-cleaning service, says she recently raised employee wages by a whopping 20%. Why?

“It’s a great way to stay motivated—the more good work they put in, the better it will be for my business,” she says. “20% seemed appropriate based on the increasing cost of living in the area. My employee retention is at an all-time high, and since they have been with me for quite a while now and have continued to show excellence in their work, they fully deserve the raise.”

Douglas doesn’t see this is as just a bonus for good work, however. It’s an investment.

“It will mean more success for the company. I don’t have to hire new people, because all my employees are good at what they do,” she says. “They are all very accommodating, respectful, and fun to be around, and our customers love it. Our reputation becomes better, and it increases the trust between us and our customers.”

The Growing Trend of Wanting to Pay People More

In the WSJ article, one company president calls the move to raise wages “a proactive strike.” Companies can’t afford to wait and see whether employees will stick around—they need to make moves to ensure loyalty and commitment, which can only come from an investment via higher wages or more benefits.

These business owners aren’t alone in this mindset: According to a study by Womply, 1 in 3 of the thousands of business owners surveyed said they planned to give raises to their employees this year.[3]

That number may include the founders of Tiff’s Treats, a fresh-baked cookie delivery service that began in co-owner Leon Chen’s apartment in Texas and has since grown to include storefronts across the South. Recently, all hourly wage employees of the company got a $1/hour raise, and the company’s 28 managers each got a $1,000 raise as well.

“It’s a tough competitive environment out there to compete against the Starbucks and Chick-fil-As of the world for talent,” says Chen. “We are only interested in the best of the best, so we are up against some pretty iconic brands when it comes to hiring staff. We are not just looking to maintain talent but to build a deeper and deeper bench.”

Is it worth the investment?

In the abstract, it can feel difficult to justify giving out “extra” money to employees when business is already going so well. If it ain’t broke, don’t fix it, right? But Chen and his wife, Tiffany, feel confident that this is a prudent business decision.

“We’re still trying to perfect our own formula, but the cost of on-boarding and training in addition to the cost of mistakes makes it so that at the correct levels, it is actually going to make us more profits by paying our veteran top performers better,” says Chen. “Because we are not just interested in filling store shifts—we’re actually wanting to help grow careers—we can take a long-term outlook when it comes to our compensation structure.”

It makes sense that paying your best employees more to stay on is less expensive than cycling through a roster of underperformers. According to the U.S. Department of Labor, the price of a bad hire is 30% of the employee’s first-year earnings, if not more.[4] More specifically, some estimate it costs around $7,000 to replace an entry-level employee that you needed to let go, and that number goes up if the role is more technical or specialized.

Where does that number come from? Between the loss of productivity; the additional strain that your existing staff is placed under when an employee leaves; the loss of an experienced employee who was familiar with your methods, standards, and culture; and the interview and training costs that go into finding and building up someone new—the money adds up.

“Because of the investment and the learning curve new staff has to go through, veteran ‘A’ players are easily twice as fast, twice as accurate, twice as ready to carry out our values than any new employee,” Chen says. “So we want to always try to hang on to our star players, even at a higher cost.”

What else does raising wages do for businesses?

Paying people more money to stay on isn’t just about making sure they stick around in the short-term, while the job market is particularly tight. It’s about building a culture for the future.

“We invented the concept of warm cookie delivery in 1999, and are still one of the biggest, if not the only, concept that actually bakes-to-order and delivers cookies hot-from-the-oven,” Chen says. “Because of that, and the culture and values we’ve built, we always prefer to promote from within.

“Our first four delivery drivers ever are with the company today as is our CFO, VP of operations, Texas marketing director, and new store development director,” he adds.

Paying people more is part of a larger cultural shift in the way business owners see their companies and employees. It involves taking a look at everything the company is currently doing and comparing it with the reality of the business landscape. Companies cited in the WSJ article noted that they had to adjust their wages and salaries for existing employees after realizing new hires were being paid more; others were looking to add to benefits packages by including lunches or massages.

But most importantly, it’s about taking the long view of the company. If you want to succeed past the infamous five-year mark that seems to elude many businesses, you have to imagine that your current employees are going to play a role much further down the line. To do that, you have to value—and pay—them accordingly.

How do you pay for it?

It’s not typically possible for a small business to compete toe-to-toe with a large corporation when it comes to paying wages or salaries. Most workers understand that, and just as some consumers make conscious decisions to buy local rather than from Amazon, some choose the benefits of working for a small business rather than a large one, even if that sometimes means eschewing bigger paychecks.

But for those companies that want to raise wages to compete on some scale, it’s true that sacrifice is necessary. As noted in the WSJ article, some business owners are “scrimping by” to pay for raises and “making do with what they have” rather than investing in new fixed assets or tools.

“The extra investment was big. Over the next year it could be as high as 1 million extra dollars going straight to our employees,” says Chen. “[But] it’s helped us keep our most talented operators in the company.”

That kind of sacrifice might need to become the norm for small businesses. Those thin margins will become even thinner, but for many, it seems, the risk is worth the possible reward.

Raising employee wages is only possible if a business is already operating with strong profits and/or has the financial backing to make an investment in their staff pay off in the long run.

It’s clearly a trend that has captured the attention of the business world. And as many of the major retailers and brands of our time work to cut costs and become more efficient, it may become the role of the small business to push wage growth—and by extension, the strength of the economy—forward in the years to come.