The 10 Best Places to Start a Small Business in Texas 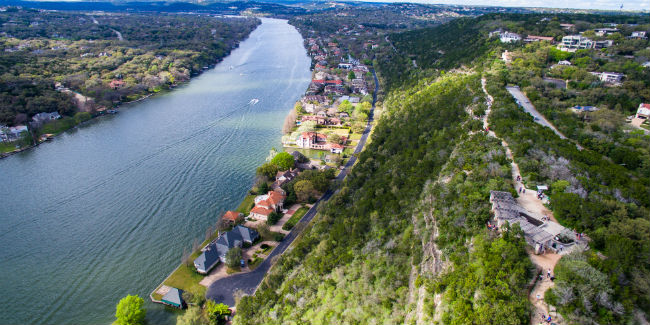 There may be no state with a stronger business community than the Lone Star state. If Texas was its own sovereign country, its GDP would rank 12th in the world (behind Canada and in front of Australia)! If that’s not enough—Texas has 54 Fortune 500 companies, $264.7 billion a year in exports (more than California and New York combined), and a business climate that’s extremely hospitable to entrepreneurs.

Over the past few years, Texas has gained a reputation for attracting businesses from all over the country. Amazon, Apple, Facebook, Google, and Toyota are just a few of the corporations that have relocated or opened offices in the state. Texas Governor Greg Abbott describes the situation this way: “Our winning formula is simple—low taxes, reasonable regulations, and investment in a quality workforce.”[1]

While big business is a huge part of the Texas economy, small business is king. And there’s opportunity for entrepreneurs all across the state. Texas has the 3rd largest population in the country, and Texas towns are booming—Austin, Dallas/Ft Worth, Houston, and San Antonio continually top the list of fastest growing metropolitan areas in the country.

We looked at the most recent Census data to find the best cities in the Lone Star state for small businesses. Can you guess where they are?

Not to be confused with the home of the Fresh Prince, this Houston neighborhood comes in at 10th on our list. Bellaire is a quiet neighborhood inside Houston that’s home to many families—young and old. The city within the city has allowed entrepreneurs to capitalize on the central location—catering to both residents of Bellaire and other adjacent Houston neighborhoods. For a city of 18,518, Bellaire has 3,463 businesses! It also scores well in our study due to its low unemployment rate of 2.4%.

Texas may not be known for its beaches—but with 367 miles of coastline, it’s got many coastal communities. Located in South Texas near Corpus Christi, Port Aransas is a popular summer destination for tourists from big cities like Austin, San Antonio, and Houston. Port Aransas’ score is boosted by its super low unemployment rate of .5%—pretty good for a city that deals with seasonal tourism.

Another city within the Houston limits comes in at 8th on our list. Spring Valley sits along I-10 in the west side of the city. It’s the smallest community on our list (with only 4,191 residents), but its small size appears to have helped its performance in our study. The city has an unemployment rate of 2.1%, and 32.9% of its firms have paid employees.

Fun fact: The original development of Spring Valley was only 1.5 square miles.[4]

Just north of Houston on the border of Chambers and Liberty county is the town of Mont Belvieu. It’s a small town—with only 5,193 residents—but like Spring Valley and Bellaire it’s helped by its close proximity to the Houston metro area. Mont Belvieu performed well in our study due to its 31.04% population growth from 2010 to 2015. That’s the highest growth rate we saw among top 10 cities. Mont Belvieu also had a very high average business revenue of $2,456,763 (among its 338 businesses).

Fun fact: In 1985, the town relocated 2 miles away after being bought out by petrochemical companies.[5]

Located on the south shore of the Colorado River—West Lake Hills offers beautiful views of Austin, highly-ranked schools, and quick access to downtown. Over the past few years, the population has grown by only 7.28%—but economically the town has prospered in part because of the high-tech industry’s growth in Austin. West Lake Hills scored highly with its high ratio of businesses (1,400) to population (3,317). That’s nearly 1 business for every 2 people. It also scored well with its percentage of paid employees. In fact, 33.43% of businesses in West Lake Hills have paid employees.

Just 7 miles north of downtown San Antonio, in Bexar County, is the city of Castle Hills. The city had average population growth of 7.07% from 2010 to 2015—but it makes up for it with high numbers in other categories. Two metrics that were of note were 34.75% of firms have paid employees and the unemployment rate is at 1.3%.

Fun fact: The city is located directly south of US Army Camp Bullis.

Roanoke has many types of businesses—with small businesses on historic Oak Street in downtown, corporate offices in the Alliance office complex, and chains in the several retail developments in town. From 2010 to 2015, Roanoke’s population grew 22.5% to 7,400. The town has 954 businesses, or about 1 business for every 7 residents. And its businesses have extremely high revenue, with the average revenue for firms coming in at $5,425,719.

Fun fact: Roanoke is the “Unique Dining Capital of Texas.”[7]

Shenandoah is located directly north of Houston in Montgomery County. It leads our study in percentage of businesses with paid employees, with 40.68% of its firms having at least 1 paid employee. The average business revenue in the town is $953,444. But the data is a little skewed—as there are only 381 firms in the town. And one firm in particular (Mediafire), a cloud based storage company and one of the biggest websites in the world, might be responsible for the city’s placement on this list.

Fun fact: Shenandoah has its own SBA—the Shenandoah Business Association!

Addison is located immediately north of downtown Dallas. From 2010 to 2015, Addison grew 18.59% from 13,085 to 15,518. But the population is not reflective of the business community of the town. Addison is home to many corporate offices, hotels, meeting centers, and restaurants that cater to residents from other parts of DFW. Addison also leads our study on average business revenue—a whopping $40,072,856! And 40.57% of firms in the town have paid employees.

Fun fact: Addison has more restaurants per capita than any city in the United States.[8]

And the winner is…

Coming in at the top of our list is Westlake, Texas. Not to be confused with the Austin suburb of the same name, Westlake is a town located on the north side of the Dallas/Ft Worth area. It’s a small community—with only 1,264 residents—but it tops our study in many metrics. Westlake’s population grew 27.29%—from 993 to 1,264—over the past 5 years. The town also scored well with its high an average annual revenue of $4,678,268 and unemployment at the low rate of 1.3%.

Fun fact: The Jonas Brothers are former residents of Westlake.[9]

We excluded any community that lacked data for any of the variables that went into the composite Fundera Score. We also chose to only look at communities with more than 1,000 residents.

We assumed that positive population growth will bolster the small business environment in a city. An increase in population leads to greater spending, more collaboration, and new opportunity in a given market.

We view a city as more hospitable to business—especially small business—if they have more firms. There’s a positive network effect as more businesses and entrepreneurs settle into a given town.

While quantity is important, we also need an indicator of quality. Average business revenue is included in our score so cities with extremely well-performing companies are rewarded.

This is the third article in our state-specific series (we’ve already looked at New Jersey and New York). But this project is just getting started!

There are 46 more state to go! Tune in every month as we look at the unique business environments across the United States. At Fundera we believe that the more data small business owners have access to, the better they can operate their businesses!

What state should we look at next? Leave a comment below!