Price transparency means that a business is upfront with the consumer about the true cost involved in making their product, often including how much the business is making off the selling price.

We’ve all been there: You buy what you feel is probably an overpriced product from a major brand, and as you leave the store you wonder how much it actually costs to make. Are you buying marketing and advertising as much as the product itself? And how much of what you paid actually goes to the workers who made them, rather than the corporate executives?

With all that mind, and as marketing to millennials becomes more and more dominant, it’s no wonder that the trend of price transparency has proven its staying power. More startups are seeing the value in disclosing exactly how much their products cost to make, as well as their cut of the overall price tag.

The Reasoning Behind Price Transparency

And why would a company do that? In general, companies say they’re seeing a greater level of trust and understanding with their customers, by providing a look into their supply chain to guarantee fair working conditions and sustainable sourcing.

That’s particularly important for appealing to millennials. According to the Cassandra Report from Noise/The Intelligence Group regarding millennial attitudes, more than half of millennials say it’s important that brands be transparent about their business practices. On top of that, millennials from around the world are now three times as likely to wear socially conscious brands over luxury brands.

Cool is no longer how much you paid for an item but how much of a social impact your purchase has.

That’s not to say luxury brands aren’t still making money, or that your company needs to cut prices or donate your proceeds to charity to be successful. But price transparency—while it may not work for every company—goes a long way toward assuring customers that they really know what they’re buying when they make a purchase. That’s a business model they appreciate.

What Does It Mean to Be Transparent?

Price transparency means different things to different companies. In a recent article in The New York Times, clothing company Honest By notes that every part of the retail process is accounted for in its pricing, even the “100% wood-free cellulose and buffered with calcium carbonate” hang tag that costs 67 cents (in case you were wondering). According to founder Bruno Pieters, this is to ensure the company would have no ethical issues, such as questions about wages.

Other companies are more concerned with helping assuage consumer fears that the company is getting one over on them. Take Unlimited Brewing, a company that connects people who want to create their own custom craft beer with breweries that have excess capacity and can churn out a custom product for a conference or event, or for brands like a hotel or co-working company.

“We had no other way to price it at the beginning,” says founder Neil Soni. “It was a matter of drawing a line in the sand and starting somewhere, and it seemed like a fair way to go.”

After deciding to go with a 30% markup for their first client, Soni found the 30% number to be a “sweet spot” for all parties and has stuck to it (though customers who make recurring orders have been charged lower fees). And once the business got going, Soni found that keeping the transparent style of pricing—which includes an invoice detailing everything from the beer, the bottle, the label, and the credit card charge and “service fee”—just made sense for the business.

“We’re a marketplace. I’m not selling anybody beer, and because of that I’m not charging people by case, or six-pack,” says Soni. “The brewery feels comfortable because they can see what we’re charging the customers and there’s no hidden reason for them to go around us. It’s helped us mitigate a lot of problems this business could have had, which is people trying to go around us, or not necessarily seeing what we bring to the table. 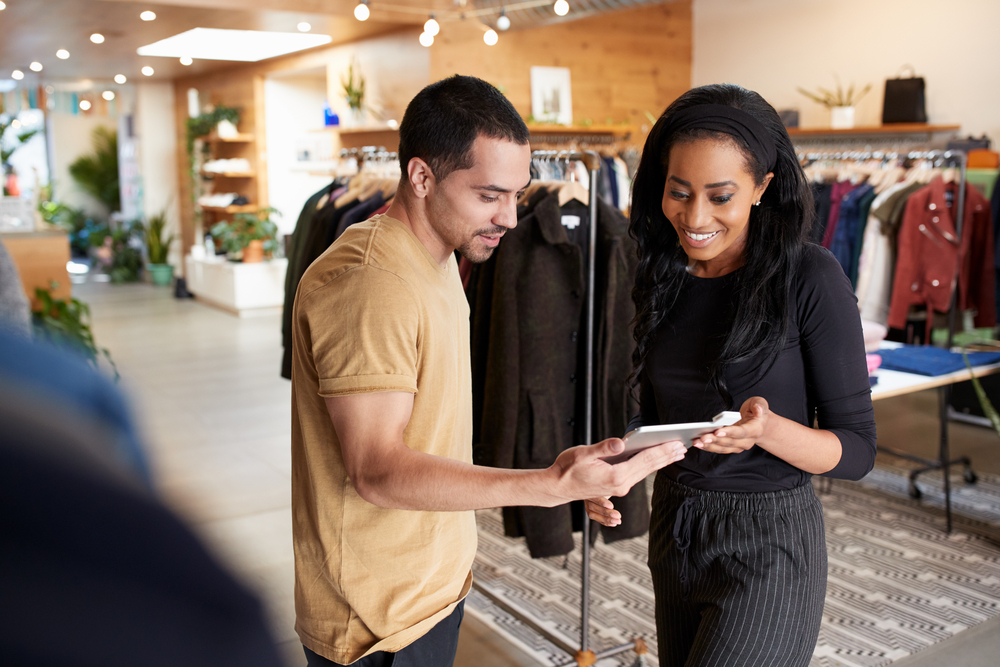 How Creating Trust Can Lead to Increased Spending

That issue of trust may be the most intriguing thing that price transparency can help combat, if not eliminate. Transparency brings down barriers—including, apparently, the barrier we put up that stops us from making purchases we think might be too costly otherwise.

An article in the Journal of the Academy of Marketing Science details how consumers, according to classic economic theory, should act no differently when presented with price transparency. Yet transparent prices appear to help consumers relax “self-interest”:

For example, in one set of studies, we observe a significant proportion of consumers selecting the more expensive of two replicates of the same product. In another study, a subset of motorists willingly pays higher gasoline taxes for the same gallon of gas, increasing the overall price per gallon.

What’s the reasoning behind this? Why would we relax our standards of self-interest when someone explains exactly why they’re selling us something for this much money? The answer might lie in how we feel about the transaction when given the details upfront.

“In the sales context, when you’re pitching somebody, there’s the intro, then the specifics, and there’s always that tricky time when it gets to pricing. That’s when it’s a little awkward,” says Soni. “Nobody wants to talk about that, and that’s where things can get derailed. I found that before we even start talking numbers, if I talk about the model—’Here’s how we price everything’—I find that gets things off to a good start. You notice a change in people’s demeanor when you tell them you’re going to be completely upfront.”

That change in demeanor and behavior played out perfectly for online retailer Everlane when they offered three tiers of pricing for the same product over the holiday season: The lowest one only covered “cost of production and shipping” while the highest would also pay for “enough to allow us to invest in growth.” A not-insignificant 10 percent of shoppers chose the costliest option.

The Pitfalls of Price Transparency

Price transparency isn’t perfect, and it isn’t for all types of businesses, at least not at the present time. Soni identified one issue with his transparent pricing strategy that he hopes to address in the future.

“Right now if the customer pays less, I make less. That’s not saying I don’t try to get them the best price, but from their side, there’s probably a slight distrust of, ‘Well he’s probably not fighting too hard,’” says Soni. “If there was some way for me to fight for people to get lower prices, and there was incentive for me to do so, that’s the holy grail on the pricing model that we’re one step away from.”

Additionally, Soni recognizes that the nature of his business model makes transparent pricing more attractive. Unlimited Brewing is a marketplace. A brick-and-mortar store might have a much larger markup that his business does, or than their customers might be comfortable paying. But that markup may take into account paying rent for the space the business is in, to pay the wages and salaries of those who work for the company, and other variables that aren’t typically included, even in a transparent price.

“Maybe there’s a level where people didn’t want to know they were paying 100% markup on that,” Soni says.

As mentioned above, however, price transparency isn’t just about the price. It’s about detailing where the product was made, whether the people who made it was paid fairly and other questions that are increasingly important to millennial shoppers. Transparent pricing might not work for every brand, but those that engage in it are clearly seeking to appeal to the type of shopper who is only going to get more affluent, and numerous, as millennials enter the marketplace in full force and come of age. That’s planning for the future. 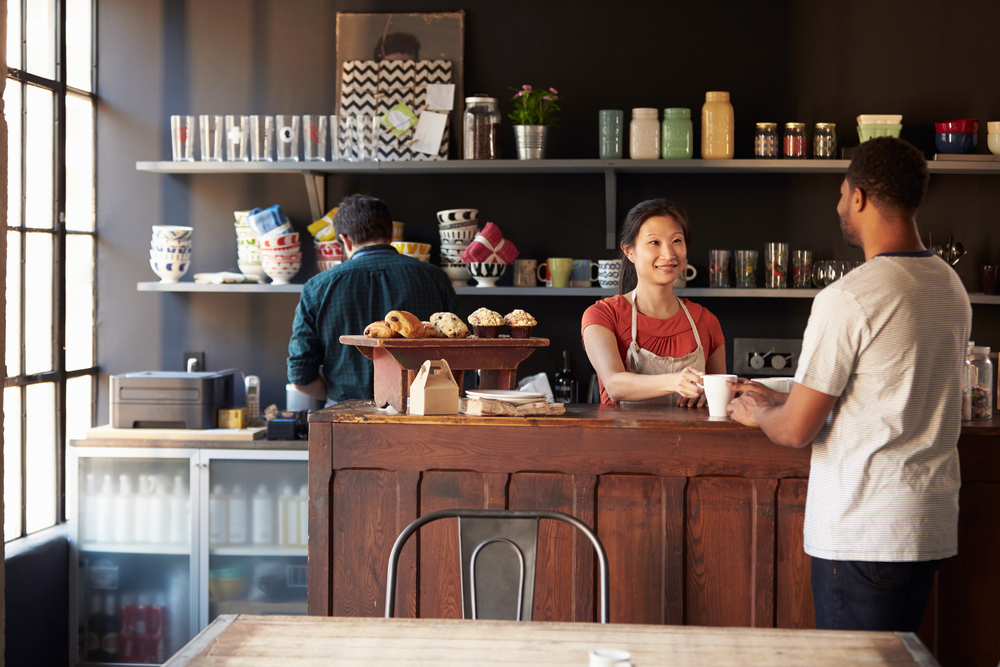 Tips for Implementing Price Transparency in Your Small Business

While it might not be savvy for all businesses to engage in price transparency at the level of Honest By or Unlimited Brewing, there are measures you can take to implement a transparent pricing strategy that will improve consumer trust and ultimately benefit your business.

Whether or not your business is online, you should have an accessible resource that clearly and comprehensively explains your pricing. It may not be possible for you to list the cost of every part of your process, however, there are other ways to offer benefit to your consumers through this resource. In addition to listing your pricing, you can include other useful materials that demonstrate your business’ value such as charts, infographics or comparison tables. Not only will these elements give your consumer insight into your business, but they also will help to create trust.

According to Forbes, businesses benefit greatly by “sharing first-person narratives of employees or artisans.” This taps into the human side of your business that consumers might not see at first glance. Reminding consumers of the story behind the product, in addition to showing pricing, can help increase their trust in your business.

Bring the Consumer to the Forefront

Similar to the principles behind influencer marketing, showcasing the consumer in the form of testimonials, reviews or interactive social media campaigns can help you develop customer trust. Seeing good (and even not-so-good) reviews shows the consumer that you’re honest and paying attention to your customer concerns. If you want to add a specific connection to pricing, you can prompt a consumer and ask them something such as: “Do you feel like the value of our product is worth the price?” Respond to people who have concerns—good customer service can certainly add to trust and ultimately, business.

It’s still not clear just how prevalent price transparency will become across retail and other major industries. A few years ago, the trend looked poised to shake up the nation’s major shopping brands, and that hasn’t quite happened yet. But it’s a method that certainly works for some—especially small, digital-heavy businesses that rely on an ever-increasing pool of sustainability-minded millennials. The bottom line is that people, when confronted with the concept, seem to really like it.

“I’ve wanted this for other industries as a customer,” says Noni. “It’d be cool if more and more companies were transparent about what they sell.”

It might be a while before Nike breaks down just how much of their shoe is marketing and how much is quality shoe manufacturing, but this little movement by small businesses is a step in that direction.

Eric Goldschein is the partnerships editor at Fundera with nearly a decade of experience in digital media. He covers entrepreneurship, finance, business lending, marketing, and small business trends. He has written for a number of outlets including Business Insider, HuffPost, Men’s Journal, BigCommerce, Volusion, Square, RetailNext, and Keap. He graduated from the University of Pittsburgh with degrees in history and English writing. Email: eric@fundera.com.
Read more