7 of the Most Surprising Items Ever Used as Collateral

The concept of collateral is practically as old as time. Ancient Greeks and Ancient Romans were borrowing against property way back when, and Shakespeare even picks apart this practice in The Merchant of Venice. (Yes, we said Shakespeare.) Offering up property to convince a lender to allow you to borrow money is, essentially, as much of the human condition as eating, sleeping, and breathing.

Luckily, as securing loans with collateral has become such a standard lending practice over time, lenders no longer consider “a pound of your fair flesh” as a suitable form of collateral. Securing debt with property has standardized to what you’re more likely to recognize; most borrowers offer up collateral in the form of homes, other real estate, and physical assets like cars and equipment.

But people do occasionally still do get… creative to secure loans. In fact, there are some recent instances of remarkably unconventional collateral that might change how you think about securing your debt.

What Makes An Asset Worthy to Function as Collateral

Before we look at some of the most bizarre property that borrowers have used to secure loans throughout the years, let’s look at the criteria that lenders use to evaluate what makes for good collateral. A good piece of collateral generally comes down to four pillars:

Something That You Own

This feature could seem obvious to more seasoned borrowers, but it’s certainly worth emphasizing. Any collateral you offer up to secure a loan has to be something that you own. Plus, you have to have the documentation necessary to prove that you own the collateral.

So, for instance, if you’re renting a home, you won’t be able to provide that as collateral. Perhaps less obviously, if your business partner is applying for a business loan but you’re the one with property for the collateral, then your name will also need to go onto your business loan application for that to happen.

Something That Holds Significant Value

Collateral functions as a contingency plan for a lender to recoup your loan’s value should you default on your payments.

For that reason, the property that you offer up has to hold value that equals the amount your loan principal and interest value repayment totals up to. Alternatively, if you don’t have a single asset that equals the total amount you owe, you can offer up multiple pieces of collateral whose sum total value does the job.

Something That Retains Significant Value

A lender will also want to know that the property you provide to secure your loan will more or less retain its value for however long you’ll be paying down your debt.

That’s why technology often doesn’t cut it to secure loans—it becomes obsolete so quickly that there’s no way to tell if it’ll be worth anything should you default in the future.

But this criteria can work for you as well—lenders are eager to accept collateral in the form of property that typically gains value over time. That’s why real estate is such a common form of collateral, especially in sellers’ markets.

Something That’s Easy to Liquidate

Finally, lenders will want you to provide collateral in the form of something that they’ll be able to sell—quickly and for a good price.

Though a piece of property might be worth a lot in a normal selling situation, when a lender liquidates it, they’ll have to take the very best offer they get for it quickly. This will mean that lenders will be looking for forms of collateral that tend to stay in high demand. Again, real estate typically addresses this criteria for good collateral as well.

Lenders tend to flock toward three pretty standard types of collateral. As you’ll remember, real estate is one of the most ideal—its steady value, even through liquidation, makes real estate a go-to option for securing debt financing.

But that doesn’t mean that homes and storefronts are the only property that lenders will accept as collateral. In fact, asset-based lending is more diverse than ever before—even during the Renaissance, when suits of armor were common collateral. 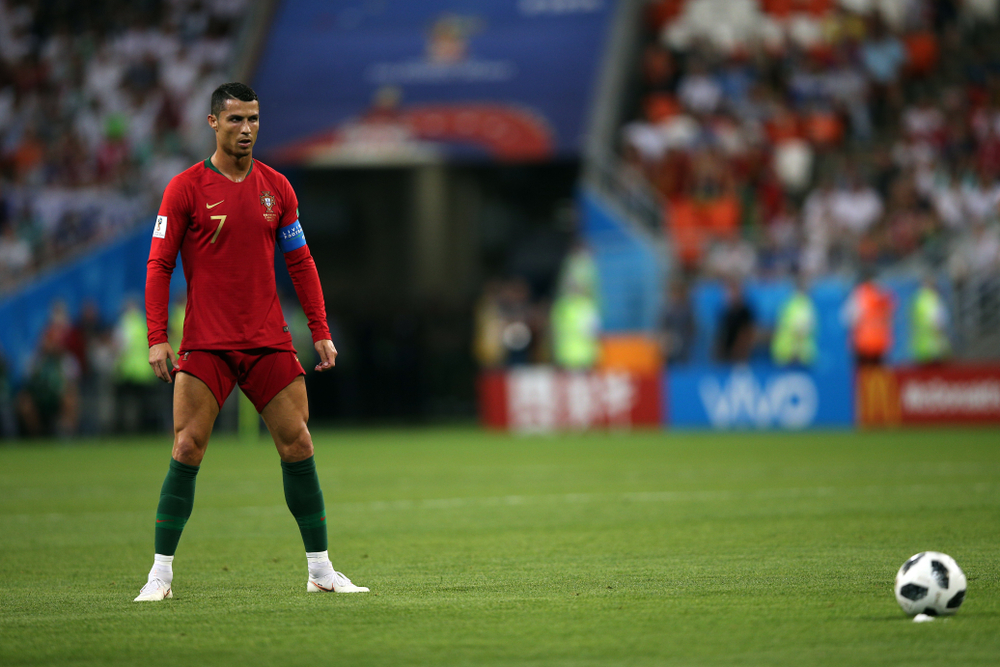 You’ll see those three most common forms of collateral almost everywhere in the borrowing industry. But just like characters in Shakespeare’s plays, non-fictional, present-day borrowers certainly get creative with what kind of property they use as collateral to borrow against.

And these seven examples more than prove that collateral doesn’t just have to be your family home:

Credito Emiliano is a traditional Italian bank that also happens to accept wheels of cheese as collateral. Wheels of Parmigiano Reggiano specifically. And these edible assets actually make for ideal pieces of collateral—they typically cost thousands of dollar per wheel, and they require 18 to 36 months to age properly.

If a borrower secures their debt with Parmigiano Reggiano, the Credito Emiliano can rest easy knowing that the collateral on the debt will only become more and more valuable over the loan’s repayment term.

Yes Lady Finance of Hong Kong accepts designer handbags as collateral. They fund loans to borrowers in around half an hour, and the loan amounts can be as generous as 50% of the bag’s value at purchase. Even more, the loans come with four-month repayment terms and interest rates of 4%.

Yes Lady Finance is able to offer such ideal terms because they liquidate the handbag collateral through their very own retail offshoot, Milan Station. That said, most customers repay their loans quickly and responsibly so they can recoup their handbags, which, in turn, also allows Yes Lady Finance to keep their rates low.

There was also an uptick of Chinese borrowers using rubber as collateral. As Reuters reported back in 2013, Chinese investors were stocking up on rubber to use as collateral for debt financing. And no one really knows why.

Granted, the Chinese government technically owns all land. That means that Chinese borrowers can’t use real estate as collateral. Plus, betting on rubber is betting on the auto industry, which was booming at the time.

But rubber’s short shelf life (six months maximum of storage) makes rubber less-than-ideal security for a loan. The trend on using rubber as collateral left onlookers scratching their heads and wondering why Chinese banks were accepting such transient collateral to secure debt.

In 2011, the Spanish bank Bankia provided Cristiano Ronaldo and his teammate Kaka as collateral for a loan from the European Central Bank.

Real Madrid had previously recruited Ronaldo and Kaka from Portugal using the proceeds from a loan from Bankia. So, the team, in essence, secured that initial loan with the players. As a result, the Spanish bank was able to offer up the two players as security for the ECB loan.

Had Bankia defaulted on their loans, the ECB would have found themselves two professional soccer—rather, fútbol—players richer.

In thoroughbred horses we see another surprisingly apt form of collateral. These animals’ value is twofold. Of course, their racing capacities in and of themselves are worth untold sums. But they also hold value as “breeding machines.”

A 2014 New York State lottery winner needed to borrow money before he cashed in his ticket. He wanted money to move his family to a more secure location before he redeemed it for the prize.

So, he went to Morgan Stanley. To gain a new customer, they allowed him to secure a loan of hundreds of thousands of dollars with his unredeemed winning lottery ticket. With this instance of creative collateral, you can see just how reliant “good” collateral is on external valuation. Suddenly, a slip of paper is worth hundreds of thousands of dollars simply because New York State lottery says it is. And, as a result, this slip of paper is worth enough to collateralize a loan.

Certain firms have begun lending against wine collections “by the bottle or the case.”

Again, though an alternative form of collateral, wine actually plays the part exceedingly well. This “liquid asset,” as the New York Times labels it, is easy to sell off and is worth huge sums of cash. Plus, most fine wine will become worth more as it ages, making it the ultimate, appreciating collateral. 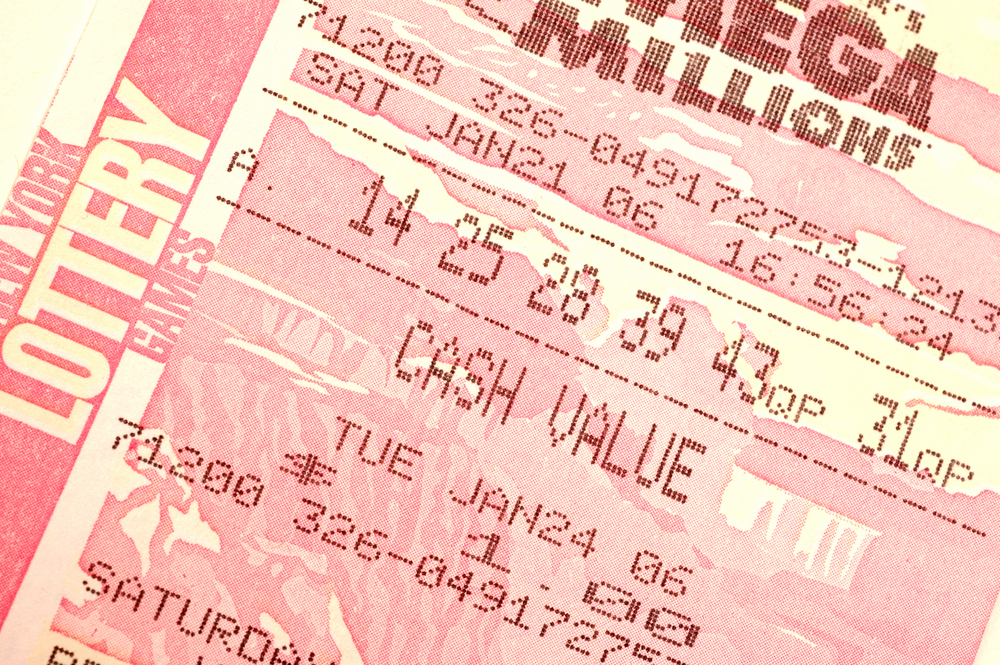 What You Can Learn from These Crazy Collateral Stories

Admittedly, most of these instances we’ve recounted involve wealthy people accessing even more cash through alternatively secured personal loans. Most small business owners don’t have thoroughbred horses to borrow against.

That said, beyond the mere spectacle of these wacky forms of collateral, there are still a few lessons that small business owners can extract from these examples.

The biggest one: Don’t hesitate to get creative with your funding options, especially if the most traditional forms of financing aren’t accessible to you. If you’re not a homeowner, that doesn’t mean you can’t access secured financing. Oh, and maybe invest in some parmesan, too.