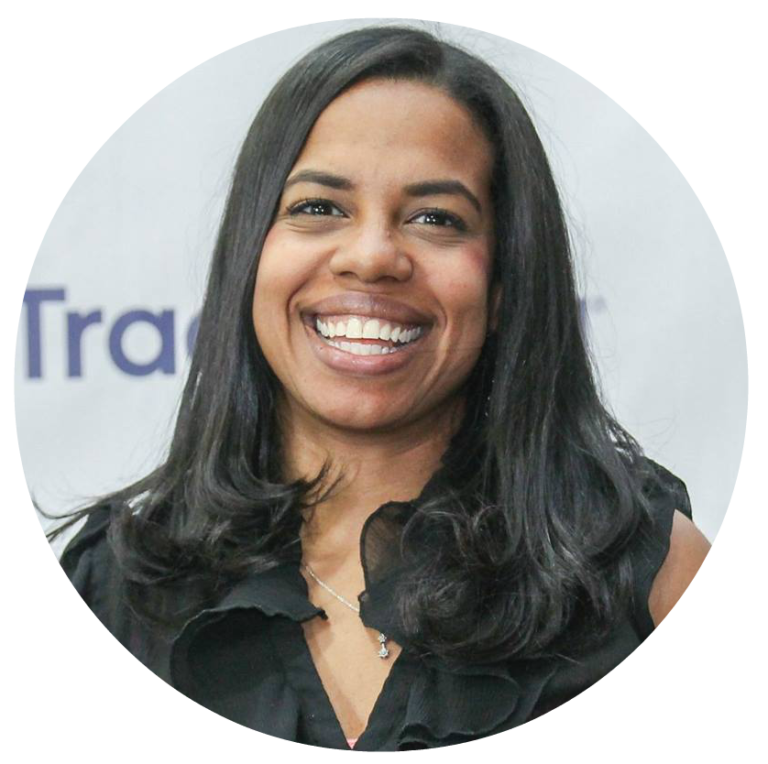 Women entrepreneurs are making waves in business like never before. Women now own 36% of businesses (based on 2012 US Census), up from 30% in 2007.[1] Advances in technology make it easier for busy women to start and run their own businesses these days. Internet access along with cloud-based apps make it so more women can seamlessly integrate their business-based livelihood with the parts of their life that includes children, relationships, and everything else in between.

As a result, more women are not only entering the workforce but they’re also starting amazing, successful businesses. Many women tend to encourage each other, run in tribes, and live for helping and motivating one another. So, it’s no surprise that many successful women entrepreneurs are vocal about the lessons they learn along the entrepreneurial road. 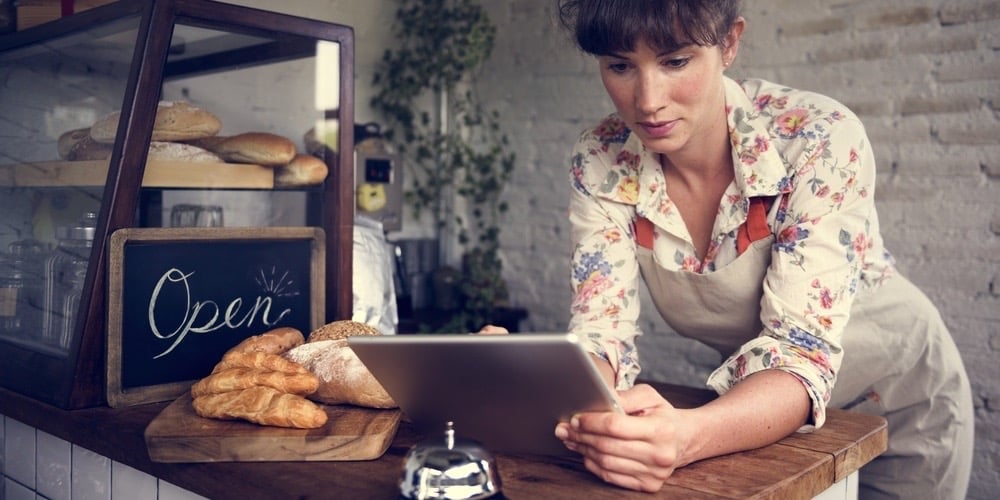 To celebrate Women’s Small Business Month, we’re highlighting some of the world’s most extraordinary women entrepreneurs and the advice they give to other women on topics around business, failure, service, and even self-care. Let’s hear about some lady moguls and what they divulge about their secrets to success.

1. Use Your Struggle to Fuel Your Solution

Sara Blakely, the founder of hosiery company Spanx, says, “My inspiration was my own butt.” It might sound like a vain issue, but Blakely was convinced that her cellulite struggle wasn’t unique. She knew, deep down inside, that millions of women everywhere wanted to look slim and trim in their clothing. She developed her flagship product, the mid-thigh pantyhose, to solve this problem.

After pitching multiple companies that rejected the idea, she convinced an executive from Neiman Marcus to follow her to the bathroom and see the product in action. Out of Blakely’s discomfort, a billion-dollar company was born. Her wildly successful company now offers a number of items including lingerie, shapewear, bras, and leggings.

2. Make Time for Rest and Leisure

Arianna Huffington, the founder of Huffington Post, and perhaps one of the world’s most well-known women entrepreneurs learned the hard way that exhaustion can hinder even the most successful high-achiever. She once collapsed from sleep deprivation and broke her cheekbone from the fall. It was the wake-up call she needed to reorient her viewpoint on success.

She recently authored two books to address not only sleep deprivation but also what success really means: The Sleep Revolution and Thrive. These writings reflect a message that Arianna is passionate about: redefining success outside of money and power while prioritizing sleep and downtime for optimal performance.

When it comes down to the secret to success, Arianna sums it up here: “The way to a more productive, more inspired, more joyful life is getting enough sleep!”

3. Failure and Innovation Are Kissing Cousins

Barbara Corcoran, is high on our list of successful women entrepreneurs. Corcoran is a real-estate mogul and star of the hit show Shark Tank. says that some of her greatest failures seeded her most stunning successes. In her TEDx talk, she recounts that she once spent $77,000 on videotapes of apartments she’d show to prospective tenants.[2] It was a massive fail. No one wanted to see apartments on VHS tapes.

Not long after her misstep, her husband put her on to this “new thing” called the internet. She discovered that placing those same recordings online converted prospects much better than VHS tapes. She was at least two years ahead of the competition and eventually leveraged the internet to grow her real-estate firm into a top-producing company in New York.

Actress Jessica Alba may seem like an unlikely presence on a list of women entrepreneurs, but she’s the co-founder of the Honest Company. When getting her business off the ground, she was met with barrier after barrier trying to pitch her business idea. She wanted to create non-toxic products for kids that parents could feel good about. In the beginning, she had a 50-page deck she’d present to potential investors to help explain her business concept.

One she hooked up with startup veteran Brian Lee, she learned to refine her message into a story that was relatable to everyone. As a child, Alba was very sickly. Using this experience as business motivation paid off: She began to connect, at the heart level, with the people she pitched her idea to.

She explained that the VCs she approached were starting families of their own and totally identified with her plight. These parents wanted to reduce the toxicity in their home by being more mindful of the products their children used. It wasn’t long before her message finally clicked and the Honest Company, now valued at $1.6 billion, was born.

5. Confidence Is Your Most Valuable Asset

Ameera Shah grew her father’s single pathology lab in India into a large multinational chain with over 150 diagnostic labs across several countries. On her way to the top, she had to contend with one of the most patriarchal societies in the entire world. Not only does the prevailing attitude and culture in her native country discourage women entrepreneurs in the areas of business, education, and entrepreneurship, it also wears on a woman’s confidence.

Shah remembers always being asked, “What will you do when [some life event pertaining to women] happens?” People constantly discounted her capabilities and business ambitions because she was a woman.

She says that a process of self-discovery is vital for women in a “man’s” world to build the type of confidence that breeds business success.[3] She encourages women to try new things and take on new challenges to find out what they are truly capable of. Shah concludes that each day is a new opportunity to “confront your darkest fears and innermost vulnerabilities.” In the process, the true prize is not fame or success, but rather confidence!

6. You Aren’t Born an Entrepreneur, You Become One

Sahar Hashemi is an entrepreneur from the U.K. who co-founded two companies, Coffee Republic and Skinny Candy. According to Hashemi, there’s no “genius gene” for entrepreneurship. In her book, Anyone Can Do It, co-written with her brother, Bobby, she asserts that becoming an entrepreneur happens when you start.

She’s emphatic about the idea that entrepreneurial instinct kicks in when you actually take action on your idea. There are no special people or business unicorns that are destined for success. Only those that take the plunge and execute their idea will learn and grow into entrepreneurship.

This is exactly what happened when she and her brother attempted to start a coffee chain in a country of tea drinkers. Without experience, connections, or much money, the pair was able to launch and sustain a coffee empire brand well before Starbucks was a household name.

Media mogul Oprah Winfrey is listed among the world’s richest people. Of course, she’s made our list of top women entrepreneurs.  Her secret to success? She insists it’s her service-based business approach: “We were the No. 1 show for 25 years, and that’s because I lived with the intention of serving the audience.”[4]

If you ever watched her show, you’d know that it was a cultural beacon of inspiration on many fronts. She’d regularly showcase a gallery of accounts around perseverance, success, and healing that attracted millions of viewers and fans. It was these stories that gave hope to the masses and served those looking for examples of success to follow.

What the Future Holds for Women Entrepreneurs

As we can see, women entrepreneurs and business owners do, indeed, bring unique traits to a mostly male-dominated space. The idea of developing confidence, embracing failure and the idea of hyper-targeted messaging might be traits that may come as second nature to men in the business.

But the tide is changing and as more female entrepreneurs embark upon entrepreneurship and share their findings with other women, the cycle is bound to continue.

If the trend of women in entrepreneurship continues on the same course, women could very well make up a large part of the business-owner population. Imagine a world where women not only can start and run businesses but they are seen as the pulse of a healthy economy.

As long as more women take the leap, keep learning and keep empowering their own circles, there’s a good chance that future generations will take note—supporting and promoting the idea of entrepreneurship among women.