8 Young Entrepreneurs and How They Found Business Success 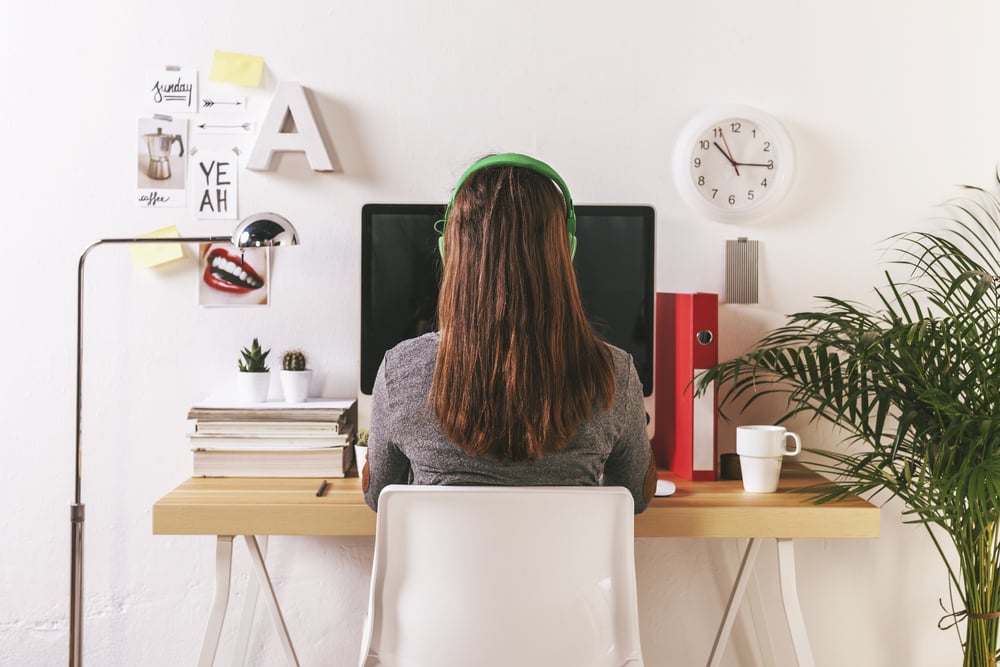 Young entrepreneurs are leaving a big impression on the business world. From their innovative products and inventions to their ability to network like pros, a lot can be said about the newest generation of go-getters starting their own businesses. They’re often the first to try something new or support other business ideas as frequently demonstrated by the wildly successful crowdfunding websites. And as these kid entrepreneurs can tell you, you’re never too young to have a great business idea.

Many of the young entrepreneurs listed below started out by creating a product based on their own needs that they found others might want to use or invest in as well. Others set out on their career path by pursuing a passion and turned it into a business venture. No matter the story behind how each business or product came to be, these young entrepreneurs are some of the most notable.

8 Young Entrepreneurs Who Started Their Own Businesses

The fact that kids love toys is no surprise, but what you may be surprised to learn is that reviewing toys online has created a lucrative business for one elementary school-aged kid. Ryan, from the YouTube channel Ryan ToysReview, makes millions each year by publishing a variety of videos on the latest toys, which span from educational clips to unboxing toys to product reviews. In 2017 the channel grossed $22 million, according to Business Insider.[1] This made Ryan ToysReview the highest-earning YouTube channel of the year. And this impressive total doubled from the year before, showing just how explosive this young entrepreneur’s rise has been.

As of September 2019, the eight-year-old Ryan had over 21 million YouTube subscribers and over 31 billion views on his videos. Ryan, who is sometimes joined by his twin sisters and parents, releases a video nearly every day where he plays with toys—seems like a dream job, right? His channel’s incredible success has also led to other partnerships for this young entrepreneur, including a line of toys at Walmart and a Nickelodeon show.

And while Ryan clearly isn’t managing his channel or business deals on his own, this young entrepreneur had the idea to start reviewing toys on YouTube in 2015. And what started as a hobby that any kid would love has now grown into a multi-million dollar business empire.

Have you seen the new Ryan’s World Super Surprise Safe at your Walmart? We’re so happy to see it out finally at our local @walmart !!! 😀❤️😆 #ryansworld #walmart #ryansworldtoys #ryanstoyreview #ryantoysreview #kidstoys #toysforkids #toys

In 2014, George Matus started the company Teal Drones as a sophomore in high school based on his love of flying. “This company; this drone; they really just started from my own love of flying,” Matus says on the Teal Drones website. This young entrepreneur came up with his designs for drones after his experiences as a drone test pilot (a job that he started at just 14) helped him come up with a wishlist of features he wanted to see integrated with drones.

Matus raised more than $15 million for his business in venture funding before he even turned 21. Teal Drone’s most popular product the Drone One, sold out shortly after being released and garnered so much attention that this young entrepreneur was chosen to compete for a nine-figure contract to create drones for the U.S. army.

#TealTeam is a celebration of the talented people that make Teal possible. To kick things off, CEO @g5matus was asked what he loves most about the crew: “Seeing the amount of talent that has joined us on this journey has been amazing. We're a team, not a one-man show. We're composed of diverse members who contrast and complement one another.” #CEO #dronestagram #startup #drones

Who knows teens better than teens themselves? Tavi Gevinson started a magazine for teens when she was only 15 years old called Rookie. The magazine was updated from 2011 until this year when Gevinson, editor-in-chief and founder, announced the end of the magazine with an editor’s letter that said, “Thank you for growing up with us.” Prior to her magazine’s launch, this young entrepreneur first entered the business world at age 11 with her blog, StyleRookie. She made both the Forbes 30 Under 30 list and Time’s list of most influential teens.

Today is the last day of @rookiemag. My last Editor’s Letter is at the link in my bio. The beautiful, made-me-cry-when-I-first-saw-it artwork is by @esmerelduh. Thank you for e v e r y t h i n g.

Maybe you’ve used Quizlet to study before, or maybe your child has—if so you’re one of 50 million students and teachers who use it every month. The web-based study site and app has been shown to help students increase their school performance through over 300 million study sets.

Quizlet was started by a young entrepreneur and high school student, Andrew Sutherland, who created the first version of the platform to help him study for a French exam. In 2018, the company raised an additional $20 million in funding, according to Tech Crunch.[2]

Sutherland is now the chief technology officer for Quizlet and has stuck with the company from that first creation to help him pass French to the multi-million dollar company it is today, which has facilitated over three billion study sessions across 130 countries.

Message from our founder, Andrew: “Congrats to all of you grads out there! The most important lesson I’ve learned is to Always Treat People Well. I know you’ve probably heard that before, but there’s something to it…” Check out Quizlet’s Youtube channel or the link in our bio for Andrew’s personal advice and encouragement as you close out the school year! #Classof2019 #tuesdaymotivation #commencement #graduation

Alina Morse may have just started high school, but she’s already a millionaire young entrepreneur who started her business more than five years ago called Zollipops. When she was just 7 years old, she decided to create a candy that she could enjoy without sacrificing the health of her teeth.

She worked together with her father to come up with a lollipop that isn’t filled with sugar and it finally reached stores in 2014. Her treats are vegan and sugar-free and since creating the flagship Zollipops product, she’s expanded to also create Zolli Drops and Zaffi Taffy in addition to her Zollipops. Now they’re sold in mega-retailers like Target, Kroger, and Whole Foods. Retail sales were expected to be around $6 million in 2018, making Morse one of the most successful young entrepreneurs in the game right now.

Oh no! Did we miss #nationalsisterday?! It's okay, every day is National Sister Day in our books! Tag your sister below!

Shubham Banerjee was just 12 when he came up with the idea for his business, Braigo Labs. His business is working toward making the world a little more accessible for visually impaired people who rely on Braille.

This young entrepreneur created a low-cost printer that can convert texts into printed Braille easily. The latest version of the printer is WiFi and Bluetooth enabled so that those who use it can print pages from the web into braille.

Yes, we are working hard , knowing that our innovation is going to benefit the visually impaired. We are extra careful…

This young entrepreneur is all about helping other young people live healthier and happier lifestyles. Haile Thomas started her own nonprofit, Healthy Active Positive Purposeful Youth, or the HAPPY Organization, aimed at doing exactly that. She founded it at the age of 12 with the goal of teaching and empowering other kids to lead healthier lifestyles.

Now at the age of 18, Thomas is the youngest Certified Integrative Nutrition Health Coach in the country. She’s still working to promote healthy lifestyles and has branched out from her organization to also explore podcasts, recipe creation, and cookbook writing.

Celebrating 6 years of HAPPY with some throwback photos from our very first year💫💛🎉 we are so grateful for all of the amazing experiences we’ve had over the years & the incredible people/companies/and organizations that have supported our journey and mission to empower healthier generations 🌱✨ and to all of the incredible youth we’ve had the honor of connecting with over the years, thank you for being shining lights in the world and our daily motivation to continue to do what we do. Youth are changing the world. Watch us ✊❤️

Sisters Caroline and Isabel Bercaw loved bath bombs, the fizzy bath water additions that leave you smelling good and feeling pampered. So they decided to start making their own at home before they were even teenagers. Now, they’re selling their bath bombs nationwide and making $20 million a year on them—they even have a deal with Target.

Da Bomb Bath Fizzers has grown from a small basement operation to one that requires a CEO (Caroline and Isabel’s mom) and a far quicker production line than when it first started. These young entrepreneurs have even had to hire employees to keep up with their bath bomb production, which are all still made by hand. And they still focus on coming up with new ideas and types of bombs to keep the bath fun going. They’ve also branched out to create bath salts and fizzer “shots” as well.

They have different lines of bath bombs, from Hot Wheels to Barbie, so they can appeal to anyone who might want to mix up bath time with a little extra fizz.

Shout out to all the women entrepreneurs out there! #womensentrepreneurday #WED #girlboss #sisterpreneurs #bathbomb #bathfizzer #candy

What Aspiring Young Entrepreneurs Should Know

Starting a new business or creating a new product is hard at any age but can be even more difficult for young people who might struggle to be taken seriously to a room of investors or are new to everything involved in running a business.

Young entrepreneurs might also have a hard time funding their new business ventures, as they’ve had less time to build personal wealth. That personal wealth is a leg up when starting and funding a business. Only a small percentage of startups, 0.05% of them, raise venture capital for their new business, so having some base savings can go a long way. The average small business needs $10,000 of startup capital.