The Explainer Guide to the SBA 8(a) Program 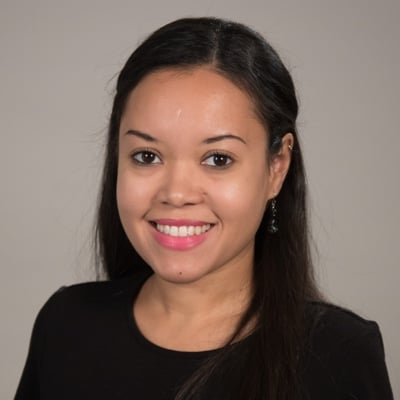 The SBA 8(a) program helps socially and economically disadvantaged small businesses secure government contracts. To qualify, a business must meet the SBA’s definition of a “small business” and be at least 51% owned and controlled by economically and socially disadvantaged individuals, among other factors. If you are accepted into the program, your SBA 8(a) certification will last for a maximum of nine years, during which time you will complete annual reviews to maintain your status.

You’re probably familiar with SBA loans, especially if you’ve been on the hunt for affordable business loans. But sponsoring loan programs is not the only way the SBA helps promote small business owners, especially those at an economic disadvantage. The independent federal agency also sponsors business assistance programs, such as the SBA 8(a) program.

Put simply, the SBA 8(a) program helps socially and economically disadvantaged small businesses secure coveted government contracts. Government contracts can provide small business owners with massive opportunities. But because the process of competing for government contracts can be intimidating and complex, lots of small business owners shy away from these potential opportunities. The process can be doubly difficult for socially and economically disadvantaged individuals, who are competing in an economic landscape that, all too often, is stacked against them. And that’s exactly who the SBA 8(a) program is designed to promote and empower.

Below, we’ll tell you everything you need to know about this federal program, including the benefits of participating in the SBA 8(a) program, eligibility requirements, and how you can apply.

Before we get into the specific ways the SBA 8(a) program can benefit participating businesses, it’s important to clarify what the program means when they refer to “socially disadvantaged” and “economically disadvantaged” business owners or entities. Applying businesses should expect to submit both a written statement and financial documents in order for the SBA to determine whether they qualify for these terms.

You can read the official definitions of both terms on e-CFR (the Code of Federal Regulations), but here are abridged definitions:

“Socially disadvantaged individuals are those who have been subjected to racial or ethnic prejudice or cultural bias within American society because of their identities as members of groups and without regard to their individual qualities. The social disadvantage must stem from circumstances beyond their control.”The SBA also classifies members of “designated groups” as socially disadvantaged, including Black Americans, Native Americans, Hispanic Americans, and Subcontinent Asian Americans. Businesses owned by Native American tribes, an Alaska Native Corporation (ANC), a Native-Hawaiian Organization (NHO), or a Community Development Corporation (CDC) are also eligible for SBA 8(a) qualification.

However, people who aren’t members of these designated groups may still be considered socially disadvantaged according to the SBA’s other standards: “At least one objective distinguishing feature that has contributed to social disadvantage, such as race, ethnic origin, gender, physical handicap, long-term residence in an environment isolated from the mainstream of American society, or other similar causes not common to individuals who are not socially disadvantaged.”

The SBA lists four major benefits for businesses participating in the SBA 8(a) program:

Essentially, this program provides participating businesses with the tools they need to capture major economic opportunities.

SBA 8(a) Requirements: Who Is Eligible?

To qualify for the SBA 8(a) program, applying businesses must meet certain qualifying criteria.

First and foremost, the business has to meet the SBA’s definition of a “small business.” (If you’re not sure whether your business qualifies as a small business, you can use the SBA’s online Size Standards Tool.) Also, businesses can only participate in the SBA 8(a) program once—it’s a one-time-only offer. Businesses that have already participated in this program can’t reapply.

The crux of this program’s eligibility criteria is that the business must be at least 51% owned and controlled by economically and socially disadvantaged individuals, according to the SBA’s definition of each term. As we mentioned, the former qualification will be partially determined according to quantitative information. For example, the owner must have a personal net worth of $250,000 or less, the owner’s average adjusted gross income for three years must be $250,000 or less, and the owner must have $4 million or less in assets.

To qualify as an “owner,” an individual must manage the business’s daily operations and make major long-term decisions. Also, applicants must be U.S. citizens in order to be eligible for this program.

As is the case with SBA loan programs, the SBA will take into account more qualitative factors, too. For instance, they’ll only accept businesses whose principals “demonstrate good character,” and businesses that demonstrate “potential for success and be able to perform successfully on contracts.”

How to Apply for the SBA 8(a) Program

Before you can apply, you’ll need to make sure your business is eligible by receiving an SBA 8(a) certification. You can get certified as an 8(a) business by answering a few, simple questions about yourself and your business through this link.

In order to obtain SBA 8(A) certification, though, you will first need to create a business profile at SAM.gov; this profile enables you to use the certification website. You will also update this profile to show contracting officers that your business is in the 8(a) program.

Once you’re approved, you can apply for the SBA 8(a) program online. But first, check out the SBA’s 8(a) application checklist—this includes a list of supporting documentation you’ll need to submit, and which you’ll need to take some time to gather beforehand.

Also, note that businesses participating in the SBA 8(a) program undergo annual reviews in order to maintain their “good standing” statuses. Terms last for a maximum of nine years, but both the SBA and the participating business can shorten that term.

Is the SBA 8(a) Program Right for You?

If you qualify, the SBA 8(a) program can open up your business to highly coveted government contracts for which you may not otherwise have had the opportunity to compete. So if you do qualify—and you’re willing to put in the time and work required to complete the somewhat lengthy application—then you have nothing to lose (and, potentially, so much to gain) by submitting an application. Good luck!

Sally Lauckner is the editor-in-chief of the Fundera Ledger and the editorial director at Fundera.

Sally has over a decade of experience in print and online journalism. Previously she was the senior editor at SmartAsset—a Y Combinator-backed fintech startup that provides personal finance advice. There she edited articles and data reports on topics including taxes, mortgages, banking, credit cards, investing, insurance, and retirement planning. She has also held various editorial roles at AOL.com, Huffington Post, and Glamour magazine. Her work has also appeared in Marie Claire, Teen Vogue, and Cosmopolitan magazines.