How These Entrepreneurs Are Shaking Up the Fitness Community 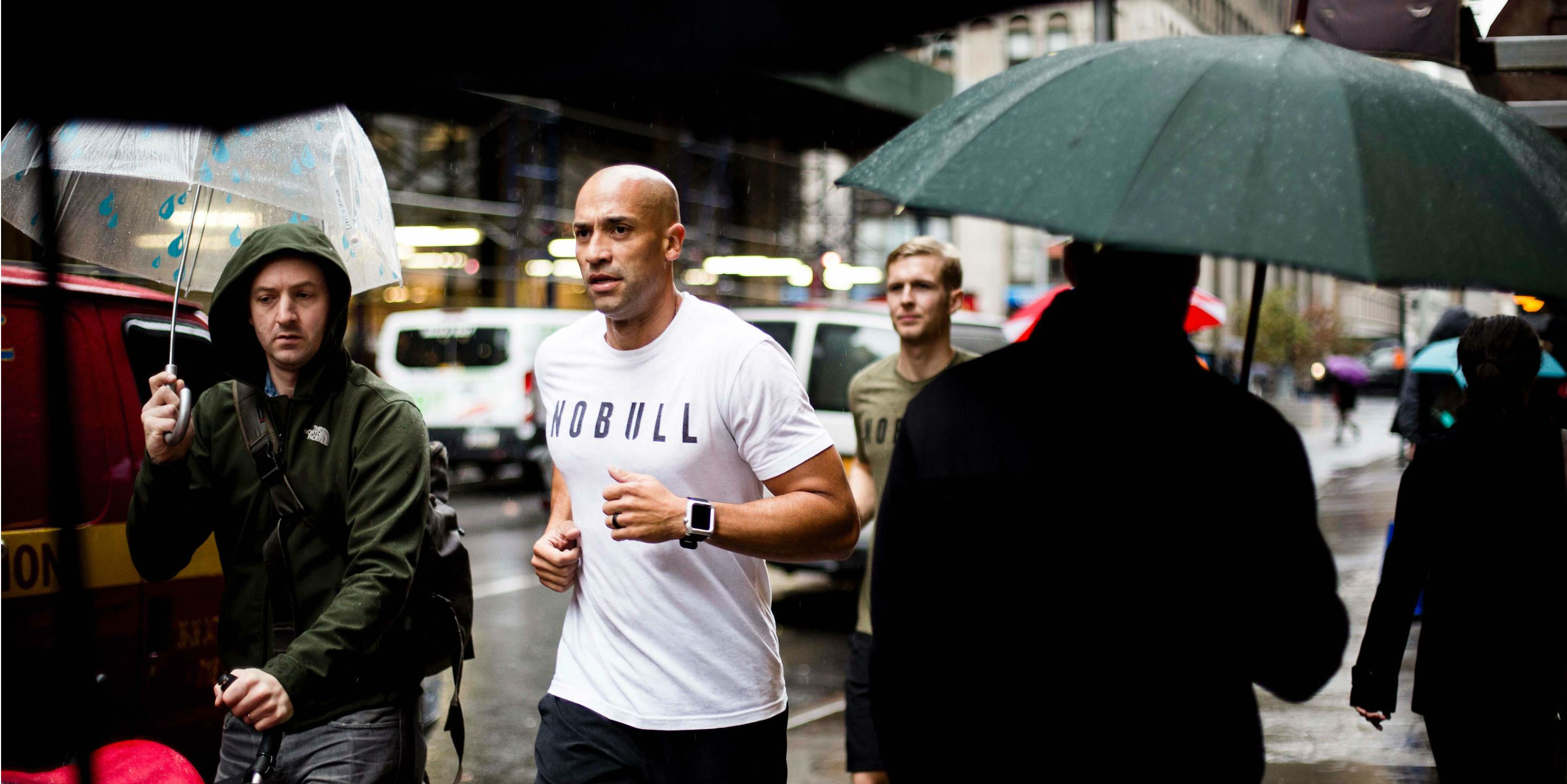 After a storied career at Reebok, the sneaker company, as the Head of Brand Strategy, Marcus Wilson knew it was time for a change. “I’ve always had a passion for starting something. I didn’t know what that was… What product that was. But I wanted to be involved with something I could shape.”

Wilson had a great experience at Reebok, but as he says, ”So many people touch and shape a billion dollar company. One person can only have so much impact.”

Wilson decided to say goodbye to the billion dollar brand, and along with Reebok’s CMO, started a venture capital firm. Wilson was excited to help others shape things. But once they got the firm off the ground, and he had the opportunity to step in and help some of those companies, Wilson quickly realized he didn’t want to invest in businesses—he wanted to operate them.

It was time for Marcus Wilson to shape something of his own.

Wilson immediately started meeting with his good friend Michael Schaeffer, a Creative Director he’d met at Reebok. They wanted to start a business together… They just needed to figure out what that business was.

After a lot of back-and-forth, Wilson knew he just needed to sit down and bang out an idea. “I said, ‘Okay, I’m clearing my day to write a business plan.’ This was at 8:30 in the morning, and by 11:45 that night I had sent my draft to Michael—and he was in.”

The pair decided to launch a marketing design agency that would help other businesses with their marketing, while the two could use company resources to test and launch their own brands. “We wanted to start generating cash flow immediately,” says Wilson. Bold and Co., the agency, got off to a great start, but it wasn’t long before one of Schaeffer and Wilson’s brands started to take on a life of its own.

Back to Their Roots

Working with startups at the VC firm left Wilson little time for exercise or eating right. “One morning I was putting on my socks and I hurt my back. I realized I’d bottomed out. I had to do something,” says Wilson. So in 2010, Wilson became a member of CrossFit New England. “Within six weeks of just blindly doing what I was told, I started to feel it and see it.”

Five years later, as passionate and hooked as ever, Wilson wanted to use his knowledge of the shoe market to create a brand at Bold and Co. for training athletes.

To start, Wilson and Schaeffer sat down with CrossFit New England founder—and Wilson’s coach—Ben Bergeron. If they were going to build a training brand, they needed him to be a part of it.

“Michael and I have complementary skills. He’s the creative. I’m the marketer and strategist. But we brought in Ben because of his knowledge of the CrossFit community.”

Together, the three started NOBULL, a company specializing in shoes for training athletes. Using the resources of Bold and Co., the trio got NOBULL off the ground.

And before they knew it, the brand was growing so quickly that they were left with a tough decision. Stay with their agency or strike out, again, to try something new?

With NOBULL demanding more and more of their attention, Wilson and Schaeffer finally decided to close the agency and focus solely on NOBULL.

“Now We’ve Got Their Attention”

After launching in 2015, the biggest challenge for NOBULL was getting factories and suppliers to just pay attention.

“As you can imagine, these people get contacted by different startups all the time, and they’re not sure who’s serious, who isn’t, who will make it, and who won’t,” says Wilson. It was tough for NOBULL to find space in these companies’ production schedules. In some ways, they were at the mercy of these factories’ availability.

Luckily, after NOBULL’s first production order, they placed another one twice as big… And that sort of increase kept happening over and over and over again. This caused the factories and suppliers to notice.

But with factory and supplier relationships strengthened, NOBULL was still left with one major problem: keeping up with demand. As any business owner knows, growth is as tough as it is good. NOBULL’s inventory turnover was becoming a sprint, and they needed to find a way to keep up.

One morning, Schaeffer stumbled on an article mentioning Fundera and decided to see what it was all about. After a few conversations with their Loan Specialist, Annie Harvey, they quickly secured financing to produce their next batch of inventory.

But just a few months later, Wilson found himself back on the phone with Harvey.

NOBULL’s demand had kept growing and, in turn, so had their financing needs. Luckily, Fundera could help them find financing once again.

Unsurprisingly, it hasn’t stopped there. NOBULL has kept growing—and Fundera has been there every step of the way.

“We talk to Annie, our Account Manager, all the time. Ever since we launched, we blow through our inventory about every 80 or 90 days and keep coming back. Obviously, there are lots of good things going on—growth is off the charts. But we wouldn’t be able to do it without Fundera.”

Connecting Fitness Enthusiasts Across the World

It’s hard to believe that NOBULL is still such a young business—they won’t hit their 2-year anniversary until 2017. But from a feature in Entrepreneur Magazine to international expansion, it looks like the only direction for this trio is up.[1]

“Our latest production orders were sent to the U.K., Spain, Iceland, Australia, Mexico, Hong Kong, and more. I was in Dubai in December and saw people walking around in our shoes,” says Wilson.

NOBULL l is becoming a brand that those in the hyper-connected training community know well.

“Michael was in Austria and someone asked him if he did CrossFit because he saw his NOBULL shoes and bag. This guy was from Egypt,” laughs Wilson.

Fitness connects people from all different paths of life, and NOBULL is becoming a beacon to find these like-minded competitors.

“We’re lucky to serve the… community. It’s absolutely an incredible group of people.”