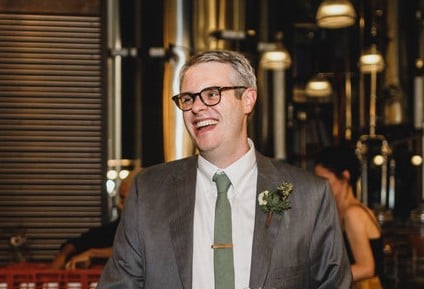 How to Get Music Business Funding

There are few businesses as exciting or creative as those within the music industry. But, at the same time, funding a music business tends to require much more capital than other lines of work—if you’re looking to open up your own recording studio, rehearsal space, or propel your band to the top of the charts, you’re going to need a surprising amount of music business funding to reach those goals.

Just like any other business, though, obtaining the right kind of small business loan for your musical venture depends on the type of project you’re undertaking. Some music industry businesses require funds to rent or buy a space and outfit it with (often expensive!) gear; for others, you might only need working capital to travel from venue to venue.

We’ve compiled a few of the most common music businesses and the small business financing tools that would best help them get started (or keep going).

What Music Business Funding You Need for Each Type of Company

Owning a music business may have been your lifelong dream. But the inescapable reality is that it’ll take large amounts of capital to make that dream come true, regardless of which type of musical venture you’re operating.

There are, however, significant financial differences among these ventures—for instance, the kind of music business funding required to open a studio differs greatly from the money needed to start a promotion or A&R shop. But in general, the bigger your plan, the more money you’re going to need to fund it properly.

Here’s what you’ll need to know about music business funding, depending on what company you’re looking to launch and operate within the industry.

Opening a rehearsal and recording studio could be a lucrative idea—lugging equipment to a friend’s musty garage doesn’t compare to practicing in a space that’s specifically designed for great acoustics. Rehearsal spaces and recording studios are vital for musicians, especially in cities where space is at a premium and neighbors abound.

Opening this kind of space provides a great evergreen business opportunity for entrepreneurs but come with significant equipment and startup costs. You’ll need to outfit rehearsal rooms with gear, install soundproofing, and give your rooms a comfortable feel if you want to attract and retain clients. These initial costs are often pretty high, even if you’ll recoup most of your expenses as your space gains a reputation as a great place to play and record.

Phil Feinman, co-founder of Bedrock.LA, a rehearsal and recording studio in Los Angeles, started his company with his two business partners and an initial investment of personal capital from each of them. But personal capital can only take you so far—at a certain point, you’ll likely need a cash infusion through a business loan.

“Opening a rehearsal space with recording studios in LA requires you to purchase a lot of equipment upfront, which can get expensive pretty quickly,” says Feinman. “And once you’re off the ground, operating costs and repairs are usually your biggest expenses.”

If you’re a rehearsal space or a recording studio, here are your best loan options.

If you’re struggling to finance the gear you need to open a rehearsal space or recording studio, look into equipment financing; these loans are literally made to help borrowers purchase expensive equipment.

If approved, your lender will front you the majority of the cash you need to buy your gear, and you’ll repay your loan over time. And unlike conventional loans, equipment financing is self-collateralizing, which means that your lender can take back the equipment you’ve bought if you can’t make your payments (you don’t need to put up any additional collateral, either).

If you’re running a rehearsal or recording space, you’ll need financial flexibility to pay for repairs, large purchases, and other expenses that come up unexpectedly. A business line of credit provides borrowers with all of the above.

With a business line of credit, you can borrow up to and including a certain amount of funds, at a predetermined interest rate. You can draw down from that pool of funds in whatever amount, and at anytime, you need—and, unlike a traditional business loan, you’ll only pay interest on the amount you actually use.

If you’ve dreamed of finding the next great musical act, or merely want to help a community of artists get noticed, you’re probably thinking about starting a record label. Doing so can be tricky, but the satisfaction that comes with creating your own version of “Empire” can make all of the hard work (and expenses!) worth it in the end.

Creating your own label is capital-heavy work: You’ll need to travel when you scout for artists, finance the production of your artists’ music, and pay for distribution across online and physical platforms.

If you’re operating a record label, here are your best funding options.

Starting your own record label doesn’t require tons of upfront costs on equipment or raw materials. When you’re first starting out, you only really need a business entity, an address, and a way to finance your piecemeal purchases (such as airplane tickets, car rentals, or admission into clubs or concert venues).

The easiest way to secure music business funding for your label is through a business credit card. So long as you’ve got a good personal credit history and minimal outstanding debts, you can likely get approved for a business credit card with a competitive APR. Better still, if you pick a card that earns you travel rewards or cash back for purchases, you can maximize your credit spending and reinvest in your business.

Crowdfunding has changed the music industry, particularly on the music production side. Recording, mastering, and producing music is an expensive proposition. Uploading an album to Spotify and other music streaming services can cost $20 or more, with physical CDs and vinyl releases costing even more. But crowdfunding helps offset these costs for musicians while providing donors with a value-add in support of their favorite acts.

Popular crowdfunding sites let artists fund their projects without having to go to conventional lenders or financiers; many of whom are averse to investing in musical acts due to the massive amount of risk that comes with supporting new talent. But tapping into your fanbase can give you the cash you need to record new tracks in exchange for unique merchandise, meet-and-greet opportunities, or early track releases.

Imagine opening the venue that helps an undiscovered band get its first big break or becomes your local music scene’s live-music mecca. Finding the right music business funding to open the venue of your dreams, however, can seem fairly daunting.

Obtaining music venue funding is actually fairly similar to financing a restaurant or funding a bar. Each of these institutions require significant equipment investments, as well as real estate financing and inventory costs. And to launch a music venue, you’ll have to find your location, build out the stage and speaker system, and keep your bar stocked. That’s no walk in the park.

There are a ton of moving parts behind any successful music venue, of course, but that doesn’t mean that it’s an impossible goal. The right kind of financing for your music venue mostly depends on which aspect of your venue you’re funding. Here are some options.

Here are your best loan options as a music venue.

As we mentioned earlier, these loans are self-collateralizing, which means that you won’t have to put your own collateral up to get approval. And because equipment loans are relatively low-risk for the lender, applicants with challenged credit scores may have an easier time gaining approval for equipment loans than traditional small business loans.

A line of credit provides venue owners with a flexible source of cash, usually at interest rates that credit cards can’t match. A line of credit can help you purchase raw goods like food, liquor, and beer, as well as smaller items like power cables or signs. You can tap into your line of credit on a rolling basis as well, which is much more efficient than applying for a loan every time you need to make a purchase.

If you have a few years of business operations under your belt, can prove positive cash flow, and have exceptional personal credit, a Small Business Administration (SBA) loan can help you build out your space, or even secure the money you need to buy or rent property. SBA loans are designed to help small businesses access funding. The SBA guarantees up to 85% of the loan’s value when the total is less than $150,000, and 75% when the loan is larger than $150,000. Since the SBA is essentially guaranteeing repayment to the lender, banks are more willing to work with small businesses that have less of a financial track record.

The SBA loan application process is lengthy, and you’ll have a lot of SBA forms to get through (not to mention a list of SBA requirements to fulfill to be considered for a loan in the first place). But if you’re approved for an SBA loan, you won’t find longer terms, higher capital amounts, and lower interest rates anywhere else—so you can expand or revamp your venue however you see fit.

We’ve focused on producing, recording, and playing music. But we haven’t touched on another vital section of the industry that keeps bands humming: selling and repairing gear. Most musicians want, or need, to use more than one instrument at any given time, and all of those instruments require an occasional tune-up. This provides musical instrument shops and repair technicians with a perennial market for new business.

If you’re selling or repairing musical equipment, here’s what we recommend for music funding options.

Equipment financing is a great option for either instrument sales or repair shops. Both require owners to purchase machines and tools to sell gear or repair their customers’ instruments, and these items aren’t always cheap.

Entrepreneurs can use equipment financing to help buy the tools they need without forking over collateral, since the equipment they’re purchasing itself serves as the loan’s collateral. This means that you won’t risk losing your own assets in the event that you can’t repay your loan.

Musical instrument shops and repair companies both rely on clients to pay their invoices on time. But in this industry, few customers can actually pay their bills on time (these are musicians, after all!).

This doesn’t mean music shop owners are out of luck, though: through invoice financing, lenders give approved borrowers an advance on the total value of their invoices, which helps small business owners normalize their operating cash even when their clients don’t pay on time.

There are plenty of factors, let alone expenses, in starting a music business. But just because each of them come with their own requirements doesn’t mean that one of them is inherently more difficult from the next, as least as far as music business funding goes.

There are a variety of loans out there that are designed to help entrepreneurs accomplish specific goals: the most important thing you can do is know exactly what your business and personal financials are, and which aspect of your music business you need to fund. From there, you can find the type of music business funding you can actually secure—and which can make your musical dreams a reality.

Brian O’Connor is a contributing writer for Fundera.

Brian writes about finance, business strategy, and digital marketing. He is the former director of digital strategy at Morgan Stanley, and has worked at Foreign Affairs magazine, Student Loan Hero, and as a partner of a small consulting firm, too. Combined, these experiences allow him to offer a unique perspective on the challenges small business owners face.