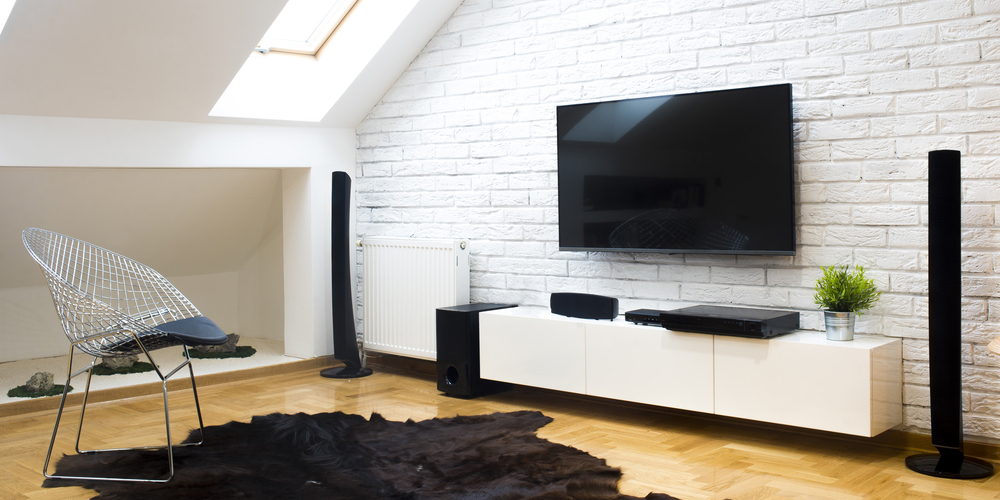 After high school, Brian Williams felt driven to do something more. Something important. This desire, along with an itch to work immediately, inspired him to join the army. And it proved a good choice—not only did Williams serve his country, but he picked up a real knack for working with electronics, which would one day lead him down the path to entrepreneurship.

When his service was over in 2000, Williams wanted to explore this talent. And he was in luck—Williams entered the workforce when telecommunications was hot. With so much opportunity and drive, Williams jumped right into the Audio/Visual industry.

But 2008 affected Williams just as much as it did the rest of us. The company he worked for took a major hit, and Williams got laid off. It wasn’t long before Williams’ employer went out of business.

With his former employer defunct, Williams started hearing from past customers. They still needed help.

Good Can Come From Bad

Seeing that demand—during one of the greatest economic downturns of recent history—Williams decided to start his business, Under Control Technologies.

It also makes for a pretty crazy business. As Williams puts it, “When you control people’s  TVs, internet, lights, et cetera, the first person they call is you. Even if the TV says to call the cable provider!”

When the economy picked up and his company started booming, Williams was tempted to invest in growth capital. He wanted to get a loan and see if it could help further increase incoming business.

He spotted an ad for a short-term lender in the back of his favorite trade magazine and decided to give it a try. Within a blink of an eye, he received a short-term loan from the company, and after just a few months, the lender was offering him more money—how could he say no?

It wasn’t long before Williams felt trapped in a dangerous cycle. The daily payments he made on the loan crippled his cash flow.

Looking for help, Williams went to the bank where he holds his mortgage, auto loan, and checking accounts. He wanted to refinance the debt. But they couldn’t help. Even though his revenue was strong, he paid his bills on time, and he had a great credit score, they couldn’t ignore that his cash flow was so limited.

Still, Williams was determined to find a way out of this hole.

While researching for a way out, Williams soon stumbled upon Fundera. He always “wished there was a place that had lenders ‘compete for my business.’ It was cool to see that Fundera did just that.”

After connecting with Fundera Customer Success Director, Mike Schwartz, Williams learned what it would take to lower his payments.

Schwartz explained that it was certainly possible, and that an SBA loan would be the smartest way to do so. But that would take a considerable amount of time. So, together, they worked out a plan.

It didn’t stop there. Williams was a great candidate for an SBA loan, so he continued the SBA loan application process with Schwartz—and within 2 months, Williams was refinancing that Funding Circle loan with an SBA Loan through SmartBiz. Terming out the loan to 10 years, he also secured additional working capital.

Despite taking out an additional $100,000, Williams’ monthly payment stayed exactly the same.

Here’s how it breaks down:

Can you do something similar for your business?

A Breath of Fresh Air

Refinancing that short-term debt, alongside adding more working capital, lifted a real burden off Williams’ shoulders. It lets him focus on the more challenging parts of his business, like “Chasing down the work.”

Williams’ story shows the power of knowing what types of loans you can qualify for. He reminds other business owners:

“Not knowing my options is what hurt me. You borrow a little bit more and more and try again and you don’t realize that you’re reaching for the money to pay back the money, not to grow your business. You do it for home loans, you should do it for business loans, too. Be sure to shop loans—make lenders compete for your business.”