If you own a business—or are thinking about starting one—you’re in excellent company: there are 28.8 million small businesses in the United States, according to the U.S. Small Business Administration, and they have 56.8 million employees.[1] Small businesses (defined as businesses with fewer than 500 employees) account for 99.7% of all business in the U.S. Especially when you look at small business statistics on a state-by-state level, you can see that communities across the nation rely on small businesses for jobs, goods, services, and general economic well-being.

Thanks to agencies like the SBA, the U.S. Census Bureau, and the National Small Business Association, there are a lot of small business statistics available: From their role in the economy to their failure rates to the challenges of finding business loans. Here, we’ve gathered 19 small business statistics that you’ll want to know to better run your business or understand the businesses that keep the economy running.

1. How often do businesses fail?

About two-thirds of businesses survive two years in business, half of all businesses will survive five years, and one-third will survive 10 years. The longer a company has been in business, the more likely it is to stay in business—it’s those first few years that are the hardest. The Bureau of Labor Statistics also tracked business survival across industries and concluded that these statistics are pretty consistent regardless of industry.[2] Which leads us to our next statistic…

2. That thing you hear about restaurants being incredibly risky? It’s not really true.

You might have heard that restaurants are particularly risky, and almost destined to fail. One statistic thrown around often is that 60% of restaurants close within a year of their opening.[3] This is especially easy to believe because it seems to be supported by personal anecdotes: how often do restaurants seem to open and close in your neighborhood?

But according to a paper published in 2005, the 60% figure applies to the first three years of the business, not one year. (According to this chart from the SBA, it’s more like 20% for the first year.) The craziest part? One of the most significant reasons for high restaurant failure rates is a lack of startup capital: banks will often refuse to lend to restaurants because they’re too risky. This creates a vicious cycle in which restaurants can fail simply because they weren’t able to obtain enough startup financing to become profitable. (Luckily, alternative lenders are happy to lend to restaurant owners.)

3. What’s the most frequent reason for small business failure?

According to a U.S. Bank study, a whopping 82% of businesses that failed cited cash flow problems as a factor in their failure.[4] Remember that cash flow doesn’t just mean the amounts of money that are coming in and out: you have to take timing into account, too. If you operate a business based on an invoicing system, for example, and your invoices aren’t paid until after your loan payments are due, you might end up with a cash flow problem.

Seasonal business—like landscaping companies—can also run into this problem: their money doesn’t flow in until the summer, so they wind up scraping by in other seasons. It’s important to budget and to prepare and analyze cash flow statements to make sure you’re keeping on top of it. Hiring a bookkeeper, using cloud-based software like QuickBooks, and enlisting a certified public accountant can all also help to keep your cash flow in check.

The top three challenges of running a business, according to the small businesses surveyed by the National Association of Small Businesses for their 2015 report?

Economic uncertainty, the cost of health insurance benefits, and a decline in customer spending, with regulatory burdens almost tying for that third-place spot.[5] Still, most business owners are pretty optimistic—75% say that they’re confident in their own business, which is an improvement from a year earlier.

5. What about getting financing?

Obtaining enough financing is a problem for some: 27% of businesses surveyed by the NSBA claimed that they weren’t able to receive the business funding they needed.[5] For those one-in-four businesses, the most frequent primary impact that a lack of funding had was preventing them from growing their business (especially for women- and minority-owned businesses). It also sometimes left them unable to finance sales and forced them to lay off employees.

6. How much startup capital do most small businesses need?

Well, it depends who you ask: two surveys had very different answers to this question. According to the Wells Fargo Small Business Index, $10,000 is the average amount of startup capital required by a small business owner.[6] But the Kauffman Firm Survey suggests that the figure is more like $80,000.

7. Where does that financing usually come from?

Business loans, business credit cards, and lines of credit account for about three-fourths of financing for new firms, according to the SBA.[6] But personal investment from the owner or the owner’s family and friends can also play a significant role.

8. How about for homeowners?

Entrepreneurs who own a home are 10% more likely to start a business than entrepreneurs who don’t—even after controlling for education, family income, and initial employment status.[7] Real estate can be a valuable asset for business owners, because it can act as a form of collateral when they’re looking to secure certain small business loans.

Of course, you certainly don’t need to own a home, or if you do, you don’t need to put it up for collateral in order to receive financing. For example, there are plenty of unsecured loans that don’t require any collateral at all.

Trick question: it depends completely on the type of loan.

Let’s start with the example of an SBA 7(a) loan, which is a great option for business owners with stellar credit, and is the most popular type of SBA loan. Their low interest rates and long repayment terms come along with a fairly low approval rate, which requires excellent credit, among other conditions. The SBA’s published statistics from 2015 break down the approval rates along gender, ethnicity, and location lines: 29% approval for all minority-owned businesses versus 57% white-owned, 71% for male-owned businesses versus 29% female-owned, 67% existing  businesses versus 33% new business, and 17% rural companies versus 83% urban.[8]

Biz2Credit’s Small Business Lending Index breaks it down for us.[9] In March 2016, big banks approved 23% of funding requests, institutional lenders (which include savings banks and life insurance companies) approved 62.8%, small banks approved 48.7%, alternative lenders (like the ones Fundera works with) approved 60.7%, and credit unions approved 42% of loan applications.

11. How long does it take to receive financing after your loan’s been approved?

There’s a direct correlation between time to funding and funded loan amount—which means that the longer you can to wait to receive financing, the higher your loan amount will likely be. This extra time will give you the opportunity to provide more information and put together a stronger application.

The more desirable (but harder to obtain) financing options, like SBA loans, also take longer than short-term loans, which could end up in your bank account in a matter of days. For a short-term loan, the average time to funding was fewer than 10 days, whereas for an SBA loan it was more like a month and a half.

12. What goes into a credit score, anyway?

Credit scores are extremely important for your business—both your personal credit score and your business credit score. They’ll be one of the major factors in deciding whether or not a lender approves your application for financing, and if so, at what rates and term. For a FICO score, which is the most well-known credit score, five factors are taken into account:

Entrepreneurs and the Economy Statistics

13. How important are small businesses?

Pretty important, as you can tell from the numbers above!

14. What’s the most common type of legal structure for a small business?

According to the National Association of Small Business’s 2015 Economic Report, the majority of small businesses surveyed are S-corporations (42%), followed by LLCs (23%).[5] S-corporations are popular in part because they’re not double-taxed: you don’t pay taxes on the earnings of the business itself.

15. What tax rate does a business normally pay?

It depends on your legal structure and the size and profitability of your business. But on average, sole proprietorships paid the lowest effective tax rate—just 15.1% in 2013, according to the SBA’s Office of Advocacy—while S-corporations paid double that (31.6%).[11]

The “effective tax rate” just means the tax rate as a percentage of your business’s net profit—the average rate you pay on all the money you make over the course of a year—as opposed to the marginal tax rate, which is the tax you pay on the last dollars you make.

Statistics on Fundera’s marketplace and customers

16. What kinds of borrowers work with Fundera?

What kinds of borrowers are working with Fundera? The vast majority—over 85%—are between 25 and 59 years old. The three most popular industries are merchandise, food services, and marketing, although there are 65 industries funded in total through Fundera. And about three-fourths of Fundera customers had credit scores of at least 620, with the biggest category being 620 to 660.

17. What loans are most popular in Fundera’s marketplace?

While tech unicorns with billion-dollar valuations might jump to mind when you think of startups, all of them started out as small businesses with under 250 employees. Here’s the startup failure and success statistics you need to know:

18. What’s the most common reason a startup fails?

A startup can fail for a number of reasons from hiring the wrong people to marketing poorly. Despite the many potential causes of failure, 42% of startups fail because of a lack of market need.[12] By attempting to solve the wrong problem, which the market doesn’t require, startups waste their time and capital. To avoid this particular cause of failure, startup teams can prove demand with a minimum viable product (MVP) before wasting too many resources.

19. What’s the best age to found a successful startup?

The idea of a successful startup founder might conjure the image of college-aged Mark Zuckerberg in a sweatshirt and jeans but the most successful entrepreneurs are more likely to be a couple decades older. According to a study by two MIT professors and the U.S. Census Bureau, a “40-year-old is 2.1x as likely to found a successful startup as a person who is 25.”[13] Part of this success is tied to the years of experience an older founder may have in an industry prior to branching out with their own entrepreneurial pursuit.

Familiarity with small business statistics is helpful for business owners, especially those just starting out, to understand what they should expect for the day-to-day running of their business. The more informed you are, the better—especially when applying for a loan. 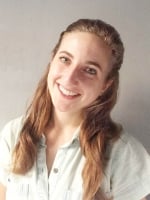 Gretchen Schmid is a freelance writer who previously wrote about business, technology, and healthcare for Longneck & Thunderfoot. She also writes for Publishers Weekly, mental_floss, Dance Spirit magazine, and the Brooklyn Rail.