What Is the Glass Cliff? 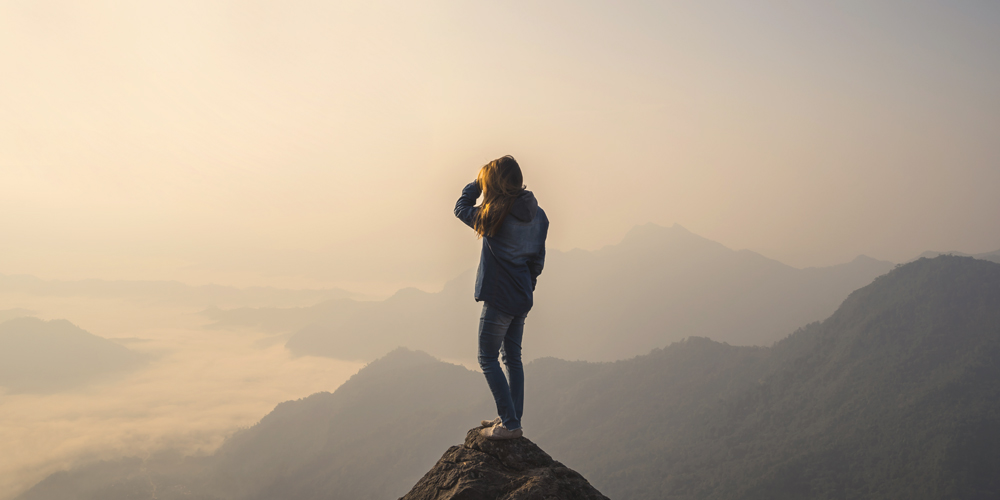 The glass cliff is the phenomenon where women executives are appointed during times of company turmoil, when risk of failure is highest. Women placed in these precarious positions are then more likely to be ousted, have their decisions challenged by board members, and given less time to turn things around than their male counterparts.

Women face a series of invisible hurdles breaking barriers in the business world, often referred to as the glass ceiling. But what happens after high performing women finally shatter this glass ceiling and make it to the top? Sadly, research suggests they don’t stay there for long. Female leaders are statistically more likely to fail than to succeed — and no, it’s not because men are better leaders.

Research conducted by Ryan and Haslam in 2005 reveals that it’s because high-performing women are often promoted during times of turmoil, when they are most likely to fail — a phenomenon now referred to as “the glass cliff”.[1]

The glass cliff isn’t only a sharp edge for corporate executives: small and medium-sized businesses are naturally prone to these same prejudices, despite studies, personal anecdotes, and experience that show us why women make great business leaders.

The good news? Education and acknowledgement of bias is the best way to move past it. Jump to our infographic to discover seven ways to avoid the glass cliff, or read through our comprehensive guide for a more in-depth look about the glass cliff.

Why Does the Glass Cliff Exist? 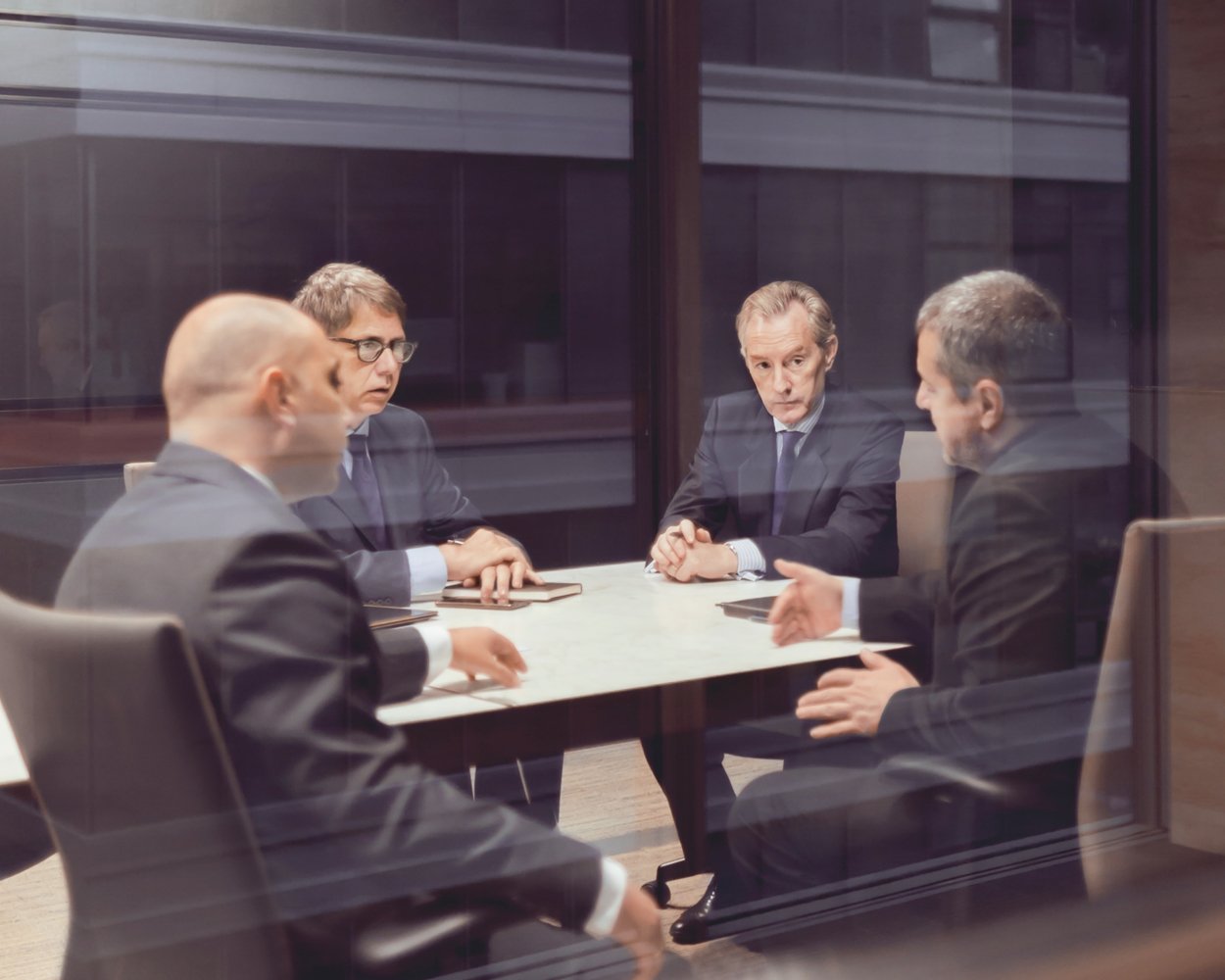 Women in the workforce continue to face an uphill battle to achieve equality. Even though women have a lower unemployment rate than men and earn more bachelor’s degrees, only 24 of Fortune 500 companies are led by women — that’s just 4.8 percent.[2]

A blistering article in the U.K. Times argued that women in the workforce just weren’t as effective as their male counterparts. The article went so far as to claim that corporate Britain would be better off without women on board and even backed up their claim with numbers: After analyzing 100 top companies on the London Stock Exchange, the Times found that businesses with women on their boards were underperforming.

Unconvinced, psychologists Michelle Ryan and Alex Haslam of the University of Exeter decided to take a deeper look into the research. Their analysis revealed that during a period of overall stock-market decline, companies that were performing badly in the preceding five months were more likely to appoint women to their boards.[1] Ryan and Haslam dubbed this phenomenon, where women are disproportionately given leadership opportunities during times of strife, “the glass cliff”.

Even worse, a PwC study revealed that when women are placed in these precarious positions, they are given less time to turn things around than their male counterparts. In fact, Fortune reported that women are 45% more likely to be fired from CEO positions than men, and when a woman CEO is let go, she is usually replaced by a man.[4] This phenomenon is called “the savior effect”, which sees boardrooms breathe a sigh of relief when a man steps back in charge after a female leader is ousted.

Who Usually Takes on the Glass Cliff? 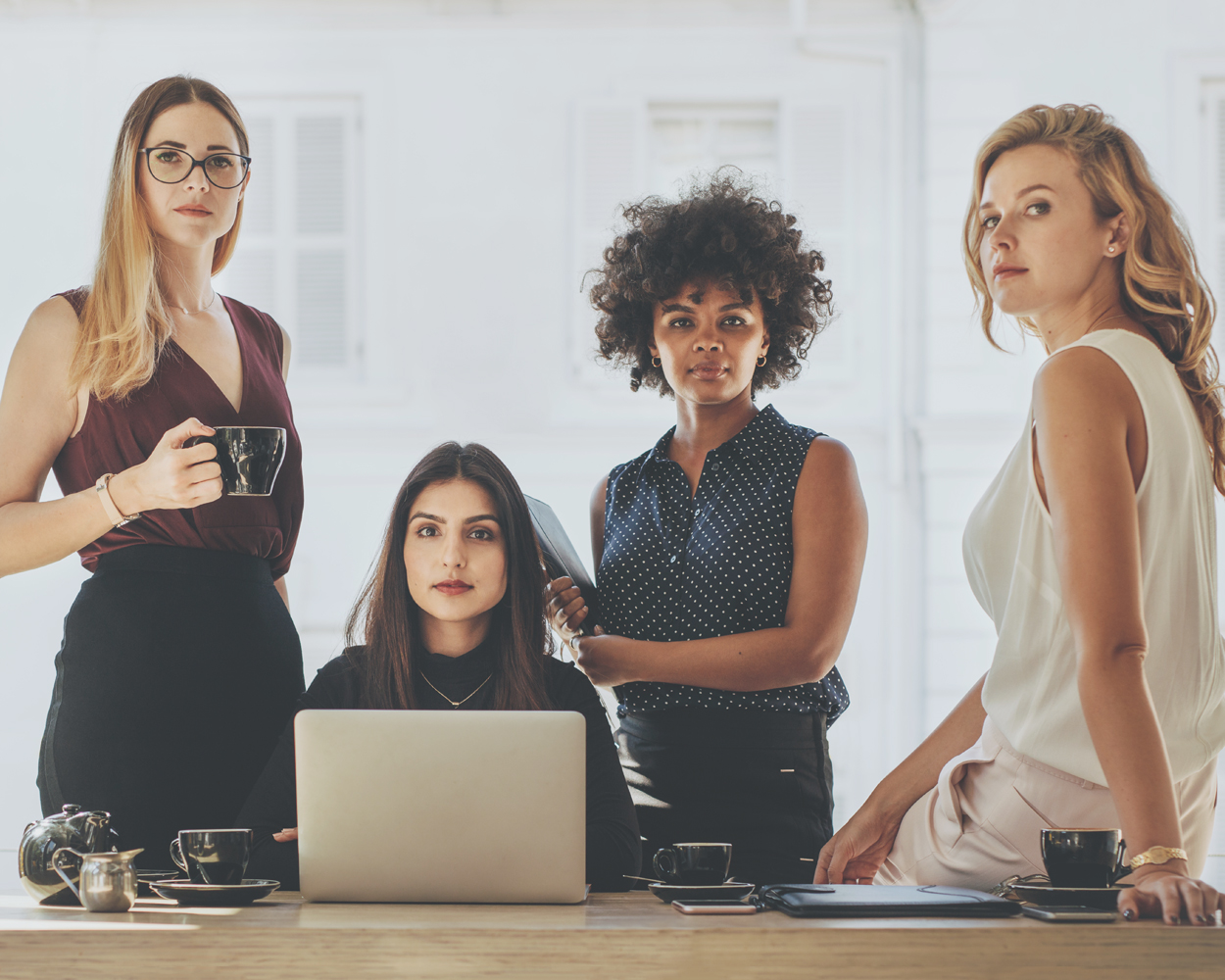 The glass ceiling causes many women to abandon their career ambitions early. Of all the women first entering the workforce, 43% of women are determined to climb the corporate ladder to a top management position — but after two years, only 16% of women believe that they can actually make it to the top.[5]

That small percentage of women who still want to try to climb the ladder make risky decisions throughout their careers to set themselves apart and showcase their leadership capabilities. These women are then more inclined to accept a risky top job, seeing it as an opportunity to prove their worth and make a big impact.

Women who are offered top positions are also more likely to be internal candidates, meaning they have spent years building their careers at the organization. Turning down a top spot means abandoning any chance of career advancement, so women often feel like they only have two options: take a risky promotion or resign.

While the number of women leaders in the workforce is still grim, research also shows us that women are just as effective leaders as men. Women CEOs in particular excel in problem-solving and are often perceived as being inspirational. They also often have high emotional intelligence and are better at identifying and pursuing growth opportunities than their male colleagues.

Examples of the Glass Cliff in the Real World 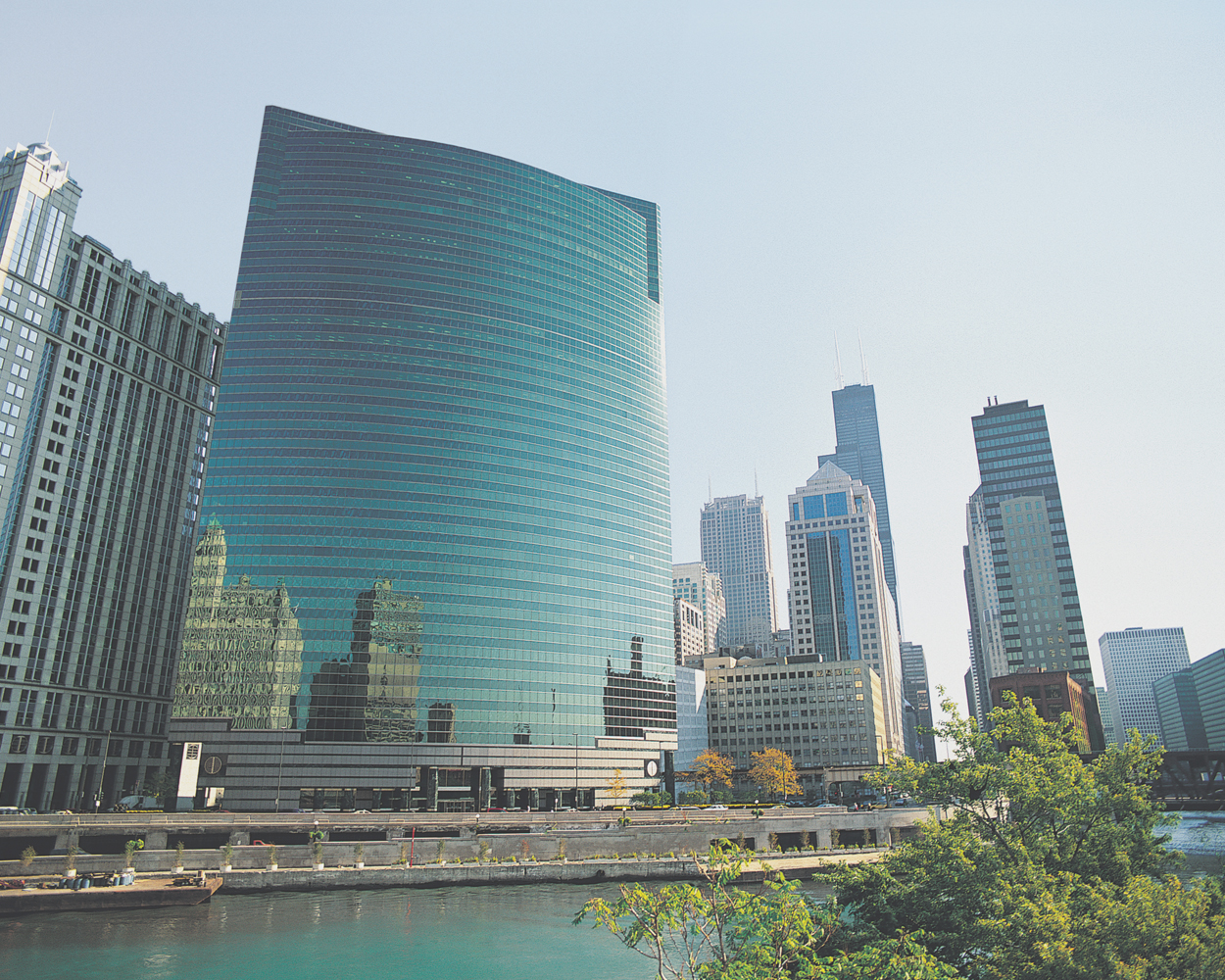 The glass cliff in action is well documented. Take Jill Abramson, the first Executive Editor of the New York Times in the paper’s 160 year existence. She was ousted in less than three years, despite bringing hundreds of thousands of subscribers through the Times’ paywall and positive quarterly performances. Reports surfaced that she was bossy and pushy, but critics argued that these qualities would never be listed as fireable offenses for a man.[6] Since Abramson’s departure, none of the top 10 daily newspapers have women at the helm.[7]

In 1999, the outgoing male CEO at Hewlett-Packard advised the board to find a ‘transformational CEO.’ In walked Carly Fiorina, a woman whose widely reported firing became the subject of political attacks during her run in the most recent Republican primary. During her time at HP, Fiorina was able to jump stock prices up 6.5% until the dot-com bubble burst. She would go on to lay off 30,000 people and pursue a controversial merger with Compaq to turn things around. This merger led to a high-profile fight with board member Walter Hewlett, and a consequent stock tumble which sent Fiorina packing in 2005, despite the board’s acknowledgement that the merger had been the right move.

There’s also the case of Carol Bartz, the first woman CEO of Yahoo. She was fired over the phone just 2.5 years after taking over the troubled Internet site. Although Yahoo would later hire Marissa Mayer, another female CEO, Mayer would also leave the company after a five year tenure, only to be replaced by a man who now makes double her salary.

Not all female leaders fall off the glass cliff, though. Take Ginni Rometty, Chairman, President and Executive Officer of IBM. She has led the company since 2012 through its most significant transition period in history. Under her leadership, IBM has also pioneered initiatives aimed at helping women return to the workforce after parental leave. This commitment to diversity and inclusion earned IBM the prestigious Catalyst award for advancing women & diversity in business, making it the first tech company in 25 years to win the award and the only company to have won it four times.[8]

There’s also Mary Barra of GM, who ranks first on Women CEOs of the Fortune 500 list. Taking over as CEO of GM in 2014, Barra is the first female CEO of a major global automaker and with a salary of 21.9 million, she is the third highest-paid female CEO. Her leadership has earned GM the number one ranking on the 2018 Global Report on Gender Equality — GM is just one of two global businesses that report no gender pay cap.[9]

How to Navigate the Glass Cliff 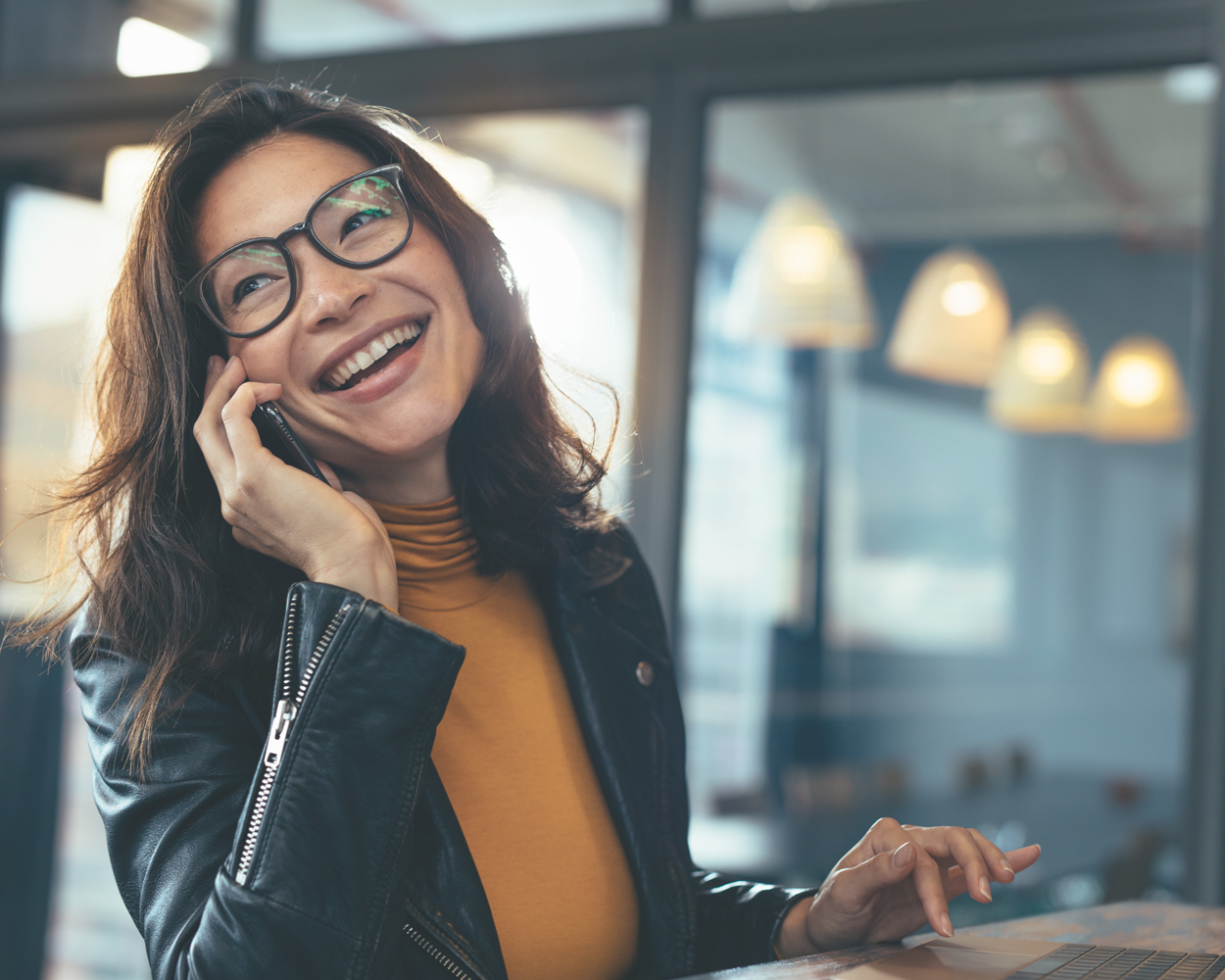 If you do find yourself shattering the glass ceiling, there are ways you can avoid becoming another example of the glass cliff.

Staying up to date with industry trends and your company’s stock information will give you a better idea of the current financial state of your company and the growth challenges it may face. Knowledge is power, so you want to be prepared when opportunity comes knocking. This is also where having a trusted network comes in handy — the more colleagues you have in your circle, the more guidance and insight you’ll have when accessing the risk of a new promotion. If it seems like a position is designed for failure, don’t jump headfirst into the new offer.

During negotiations, it’s important to define what success in the role will look like — especially if the company’s numbers are down. Ask questions like: How will the board measure my success? What risks are board members willing to take to be competitive in the industry? What is a fair timeline for turnaround? Have you offered this position to anyone else and if so, why did they turn it down?

If you do decide to make a risky move, know your worth and secure a salary that is competitive. Men are four times more likely to negotiate their salaries than women, so always ask for more than the initial offer and even use the promotion’s risk factor as a negotiating point.[10] The salary increase you get through negotiations will allow you to save more in case your tenure does become short lived and you find yourself back on the unemployment line.

Although you’ll likely find yourself in a male-dominated world when you make it to the top, use your unique position to your advantage. Things such as emotional intelligence and lack of ego will set you apart from your male counterparts and these are two key factors that make women great leaders. In fact, women outperform men in 11 of 12 emotional intelligence competencies.[11]

Emphasize diversity and inclusion from the top down. As a woman, you know better than anyone why diversity of thought is important. If you do accept the promotion, stack your team with thought leaders from various backgrounds and with different performance styles. If change is what your company needs, don’t be naive enough to think you can do it all on your own — the more diverse opinions you can get in the room, the better chance you have discovering an unconventional solution.

The glass cliff is another sharp pill to swallow in the uphill battle for equality in the workforce. While women lead more companies now than any generation before, female executives and CEOs are still most likely to get the opportunity when companies feel like there’s nothing left to lose. Discover ways to avoid falling off the glass cliff with the infographic below.