Charge More, Give More: This Eatery’s Secret to Increasing Sales by 18% 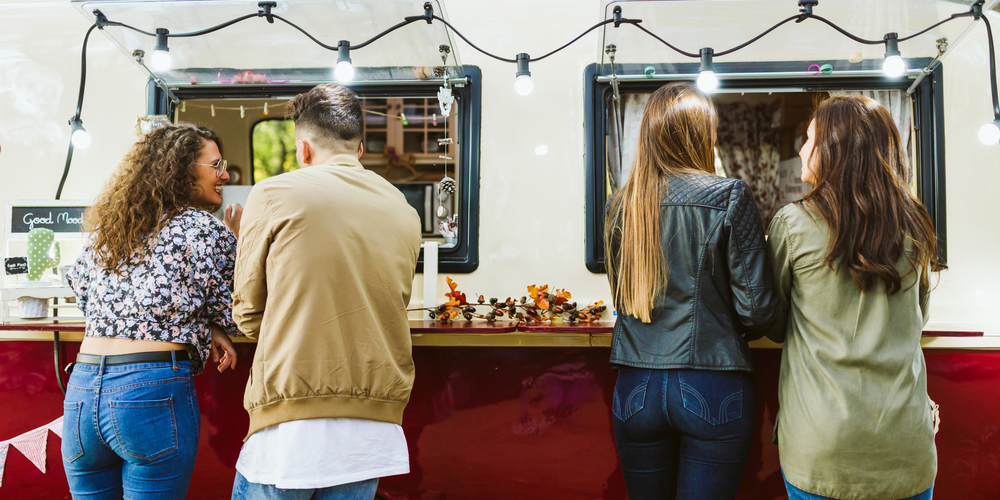 When it comes to food, most people just look to satisfy their taste buds. But another important factor is value: no matter how delicious something is, it’s difficult to get enough people to buy it if they think it costs too much. Finding the right balance between quality and price is a challenge for almost every business.

No segment of the service industry is more acutely aware of this than food trucks and stands. Almost every major U.S. city—and many around the world—has witnessed a food truck boom over the last few years, and the market will only continue to grow as these mobile food entrepreneurs get more inventive. But the common misconceptions of the cost of running a food truck or stand lead to customers who are sometimes disappointed with what they get for their money.

Husband and wife Derek and Debbie Kaye are co-owners of Takumi Taco, a Mexican-Japanese fusion spot that began as a stand in the uber-popular Brooklyn Smorgasburg flea market. Now Takumi Taco can be found at Chelsea Market in Manhattan, among other locations. The duo also owns the Eddie’s Pizza Truck (and accompanying carts), as well as an upcoming venture called Gotham Poke at Madison Square Eats, featuring Hawaiian cuisine. But they’re seeing some of their greatest success yet in the food industry with a concept Kaye calls “charge more, give more” at Takumi.

“I’ve compared the eras before and after applying this strategy, and our average ticket increased from $11 to $12.50,” says Kaye. “Overall, we’ve seen an 18% increase in sales.”

When Takumi Taco arrived on the New York food scene, Kaye was faced with a dilemma familiar to many smaller scale sellers: how to justify charging enough for the premium ingredients that customers have come to expect without alienating them.

“When we were first started making the tacos, we came in at a high price point because we were using quality meat and fish,” says Kaye. “But we could tell that we would give the person the taco, and they’d think ‘This is all I get for this price?’ So then we raised the price and included free tortilla chips and a lime, and suddenly people felt like the value proposition increased.”

This concept is one of the reasons cited for the increasingly large portion sizes seen especially throughout the United States over the last few decades. Food companies realized that by giving more to the customer with each purchase, they could also charge more without having to spend more on marketing, design, labor and other costs. The customer receives more value for their dollar, and the company sees an increase in their profit margins—a win-win.

Using this strategy, Kaye and his team created Takumi’s best seller yet: the Bento Box, where customers can choose any two tacos and any side to accompany a salad. At $11.71, it’s a better price than making your own combo would be, and Kaye finds that the business reaps rewards beyond higher overall sales.

“Between Yelp and reviews and feedback from people, we’ve noticed that customers feel like they’re getting their money’s worth,. They’re seeing more value in it, especially the bento box,” says Kaye. “To compete in the lunch space—versus the flea market space—we needed something like this, to entice people to return and to differentiate ourselves, and that’s what happened.”

In the food service industry, it’s common to create dishes and deals that act as a “loss leader,” enticing people to come in and try the food in order to encourage repeat or expanded business. In that way, Kaye has been practicing the “give more” concept ever since he and Debbie entered the space with Eddie’s Pizza in 2010.

“At Eddie’s we do the $10 lunch special—which is a personal pizza, a topping, a side and a drink. We haven’t increased the price of that in the 6 years we’ve been open, because we really want people to come to our truck for lunch in the hopes that they’ll book us for catering and events,” says Kaye.

Kaye explains that, while there are some expanded costs to running a business where more food is needed each day, Takumi still comes out ahead.

“Adding a little more to orders allows us to charge more to make up the difference,” says Kaye “Even if it brings your food costs up a tiny bit, you’ll still making a profit. If you add a dollar to a taco, and it costs an extra 35 cents to produce, you’ll still making an extra 65 cents and the customer perceives a lot more value as well.”

According to Kaye, the only major differences in Takumi’s business model comes from increased food costs—buying and ordering more each day and week—and from sourcing a specific type of packaging for the bento box, which has three compartments for the tacos and sides.

Even having to upgrade packaging can be a positive thing, as there’s a psychological advantage to presenting customers with larger packaging: a recent study by the European Food Information Council shows that larger food pack sizes leads to an increase in portion estimates by consumers.

Kaye and his team have identified a new challenge, however.

“Now it’s a little harder to forecast food ordering, because you can choose any tacos off the menu—so it’s not like it’s one type of protein,” says Kaye. “Although you’re selling a certain number of bento boxes, it can be chicken, short rib, spicy tuna… so we have to try to predict more accurately what we’ll be going through to avoid stockouts.”

Using this strategy to battle the industry’s hidden fees

While many food trucks, carts, stands, and other mobile restaurants have to balance quality with value, Kaye finds that the cuisine his restaurants serve are simply easier to make into combination deals that the public can feel good about buying.

“I think most restaurants and eateries want to give value, but it depends on the type of cuisine that you offer. Some cuisines are just more conducive to doing a combo deal than others are, and that’s been beneficial to us,” he says.

Many mobile and pop-up restaurants find that they also lack some of the perks of the brick-and-mortar restaurant business. A review of food truck economics shows that most in the industry agree: high markups on alcohol is what helps turn a healthy profit, and many trucks are unable to obtain a liquor license.

Though generally speaking the overhead costs of a food truck, as opposed to a restaurant, are more modest, there are hidden fees that might not factor into a customer’s calculation of what a food truck “should” charge.

“Typically a food truck has other costs associated with it that people don’t think about, which leads them to think food trucks should be cheaper—but that’s not necessarily the case,” says Kaye. “There’s the kitchen commissary where the food trucks go to prepare a lot of their food. There’s costs for parking like meters and violation tickets, insurance on the vehicle, gasoline, and so on.”

Once you have all these costs covered and find combinations of food that provide good value at a decent profit margin, however, it’s not difficult to expand or explore new ventures if you’re finding success. Kaye is using his experiences in finding value in trendy cuisines to open a new eatery at Madison Square Eats this spring.

“We’ve got the infrastructure in place that coming up with a new concept for cuisine isn’t so difficult,” he says. “We saw an opportunity with Hawaiian food, more specifically ‘poke,’ has gotten really popular in the last year—and it’s started to make it’s way over to New York City. We wanted to jump on that because it’s healthy, it’s fresh, it’s fast casual, and we can envision our concept of ‘charge more, give more’ working out there as well. We saw an opportunity to add some value and we’re excited for our opening in May.”

Like with many small businesses, the mobile food service industry doesn’t allow for much error—though there is more flexibility and experimentation possible for food truck owners than those in the brick-and-mortar spaces. By capitalizing on human psychology, businesses can charge substantially more than it costs to increase a portion size or add options to a combination platter without frustrating their customers. Contrarily, the customer will receive, and perhaps more importantly feel like they’ve received, more bang for their buck.

By increasing their margins here, food trucks and stands give themselves more wiggle room to expand their menu, reach new customers, market themselves more aggressively, and maybe even venture into a new type of cuisine altogether. Not many restaurants can claim that kind of flexibility and freedom—which are why so many are drawn to the food truck business in the first place.