How These Business Owners are Changing The Neighborhood They Call Home 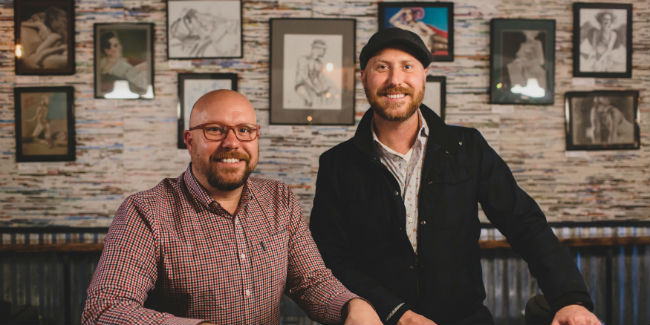 Partners William Meek and Erik Archambeault were working 9-to-5s in Chicago, grinding along, when the life they knew came to a crossroads. AT&T, where Archambeault worked, was moving their business from Chicago to Dallas.

Archambeault and Meek had the choice to move with the company, or Archambeault could take a severance, allowing the two to stay in Chicago.

The couple saw an opportunity in the chaos… A chance to do something they always wanted to do: open a bar.

Both Meek and Archambeault had extensive restaurant and bartending experience. They loved the hospitality industry, and always wanted to open a bar. Now was the perfect time. Archambeault had free time and a severance package, and Meek would still be able to keep his job at Orbitz.

Neither Meek nor Archambeault were industry experts. They weren’t well-known mixologists. They knew if they were going to make this work, it was all about finding the right location.

Meek and Archambeault had been residents of the Rogers Park neighborhood in Chicago for a decade. The area had been on the up-and-on ever since before the Recession, and that trend wasn’t set to change.

Rogers Park is a point of entry for immigrants in the city—there are 65 languages spoken in the neighborhood. It has access to public transportation, reasonable rents, and lots of people right out college or buying their first property. There are also tons of students in the area, since it’s close to Evanston—home to Northwestern University—and actually home to Loyola Chicago. .

The duo understood the business potential of the neighborhood. They wanted Rogers Park to be their business home, too. 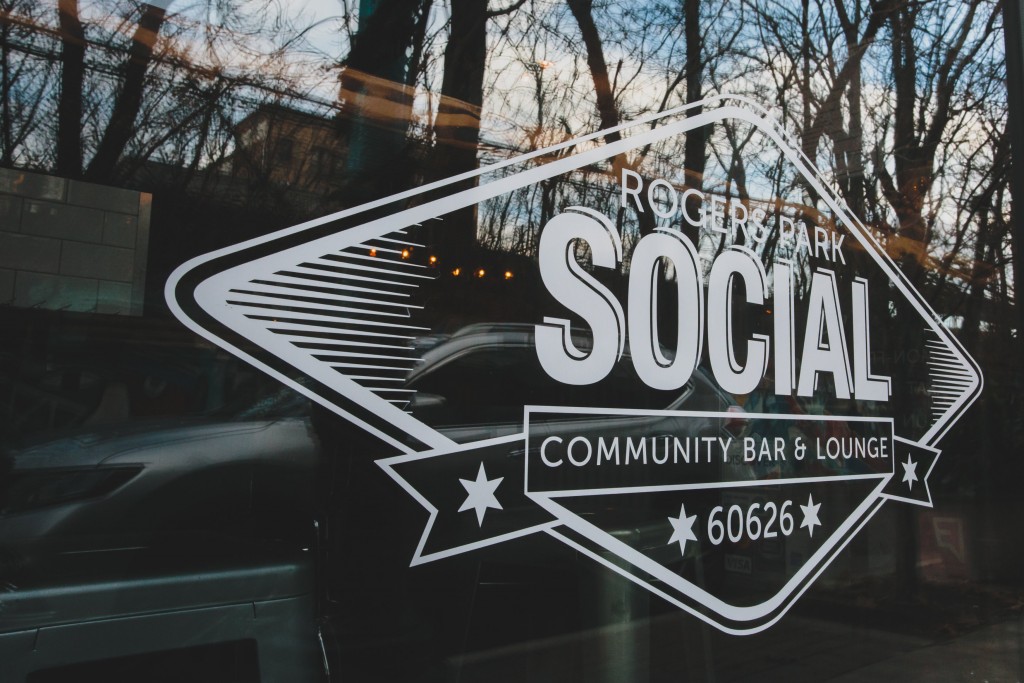 Lucky To Be Locals

Making this happen, though, wouldn’t be easy.

“Getting a liquor license for a new bar is very difficult in Chicago,” says Meek. In fact, it’s actually harder to get a tavern license than to sell liquor in a store.

There are meetings after meetings, and the whole process is very political. One of the only ways to get a liquor license is to buy an existing establishment with one. This is no easy feat, either. But this was the course Meek and Archambeault would have to take.

Chicago is one of the few cities that have Aldermans: persons who act as the mayor of a neighborhood, and have a seat at City Hall. In your Chicago neighborhood, it’s important to know who your Alderman is. You attend their events, support their campaigns, and more.

Luckily for Meek and Archambeault, they knew their Alderman, which helped them when they found a Rogers Park bar they wanted to buy. Meek claims that “We would have not been able to do this if we weren’t neighborhood residents with roots in the community.” 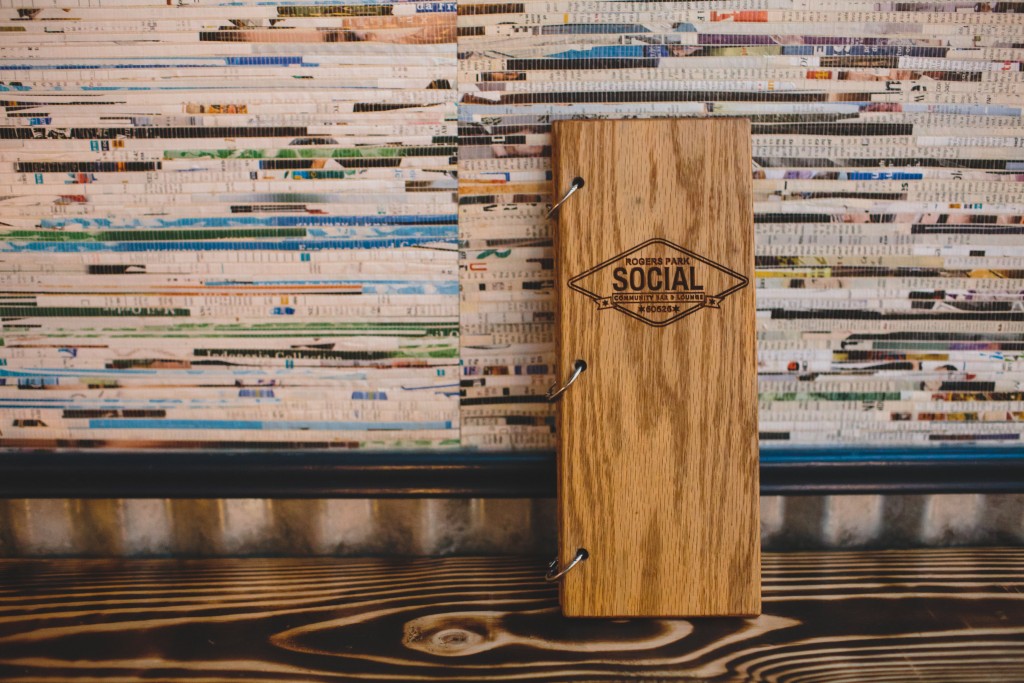 Meek and Archambeault had a neighborhood bar they frequented all the time. Sadly, the establishment came up for sale, not getting the foot traffic it needed to survive.

Ironically, this was at the same time Archambeault and Meek were making their relocation decision. With their local bar up for sale, the answer was more obvious than ever. Now was the time to take the plunge.

They combined their corporate knowledge and wrote an incredible business plan. They hit the pavement in search of financing, but before they knew it, they were denied by 3 banks.

“The banks looked at the balance sheet and were like, ‘Why would you want to purchase a dying bar?’ So, that was that. We knew we had to finance the business from our personal assets,” reveals Meek.

Luckily, after about 6 months of ambiguity and expensive legal bills, they were able to open Rogers Park Social in May 2014. 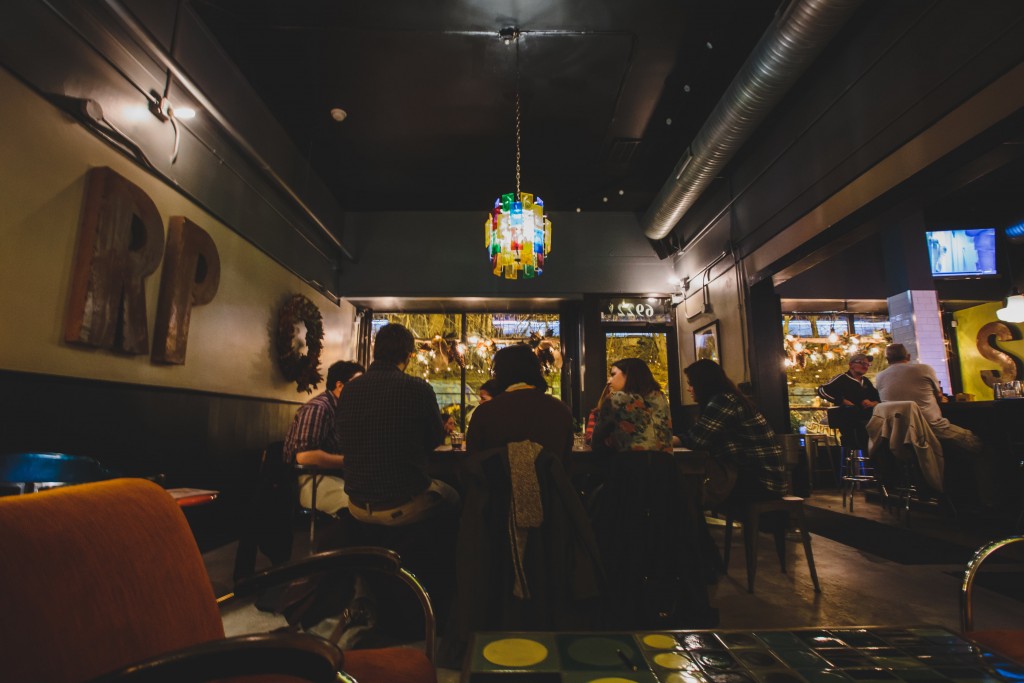 “We Saw the Demand and Never Looked Back”

“Rogers Park is like the last neighborhood in North Chicago that hasn’t been gentrified. There are 70,000 people in 10 by 10 blocks, but nobody has really invested in the neighborhood. We purchased a bar that wasn’t doing well. We were expecting it to be quiet, but Rogers Park Social quickly, and I mean quickly, turned into the destination on the North Side for handcrafted cocktails,” says Meek.

How did they reach such notoriety in such a short time?

“We focused on making it a community space.”

Their focus was to make a place that was a bar, and just that. A bar you come for conversation, just like a coffee shop. TVs are not the focal point at Rogers Park Social.

They also wanted a business model emphasizing high quality products. They don’t choose their liquors based on who will give them the biggest markup. (Example: big brand vodkas, like Absolut, will pay a premium to get you serving their product.)

“You wouldn’t recognize what’s on our shelves. We’re all about finding the newest product that hasn’t hit the market yet. It’s about what’s serving what’s best,” says Meek.

They gave their neighborhood a cool bar that provides a great product, and it certainly paid off. 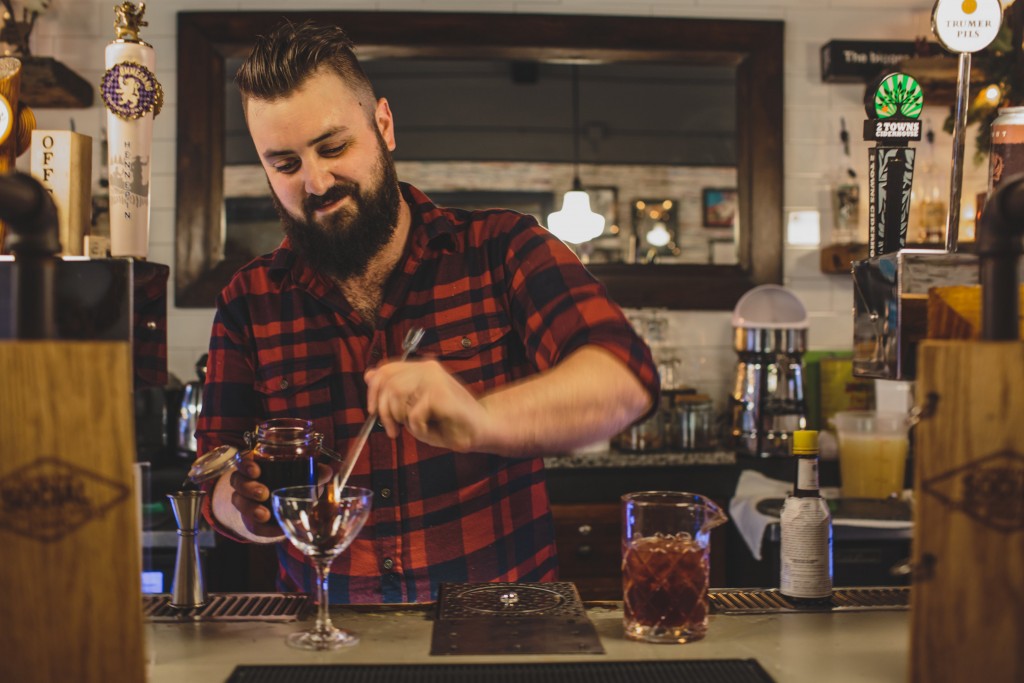 After the quick success of Rogers Park Social, Meek and Archambeault started to brainstorm new entrepreneurial adventures. Seeing how the authenticity and style of Rogers Park Social contributed to its success, the two decided a retail outlet that could provide supplies for cocktails, interesting local foods, cheeses, barware, and more could be a hit.

This “general store” concept resonated with their patrons and the Alderman was all for supporting the couple’s second business venture—he had seen first hand what Rogers Park Social had done for the neighborhood.

The idea of Rogers Park Provisions was born, but how was the duo going to make it happen? 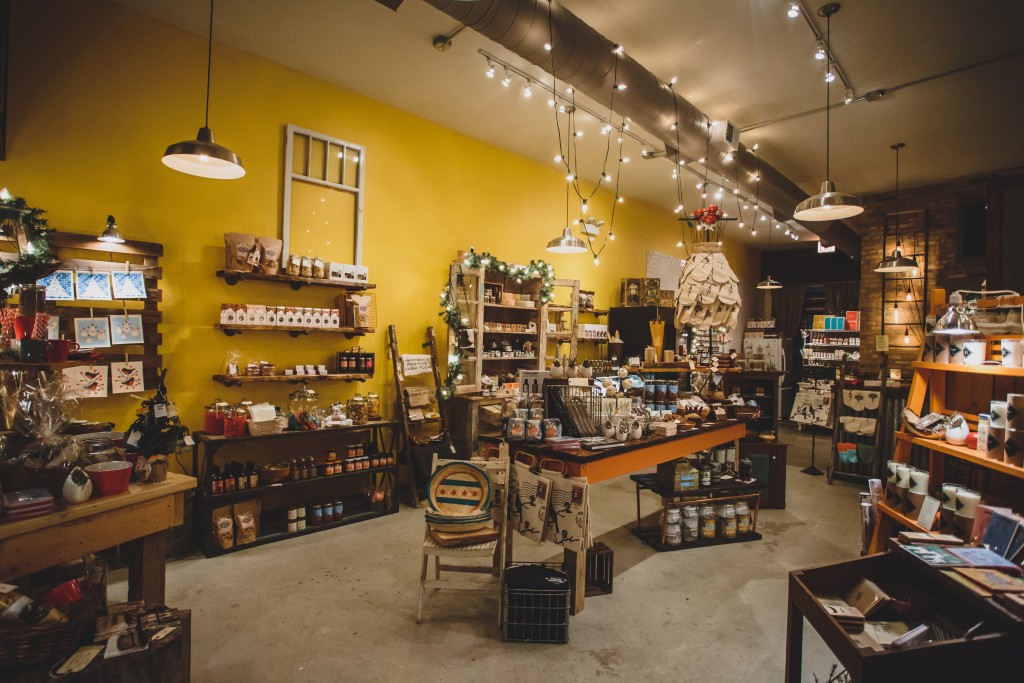 While managing their books one day in QuickBooks, they saw a recommendation for Fundera, and thought they’d check it out. If they could get a loan to stabilize their cash flow, Meek figured, they’d be able to fund Rogers Park Provisions with the equity from Rogers Park Social. In other words, they could shore up cash on Rogers Park Social and extract for Provisions.

So, the duo reached out to Fundera—and were immediately impressed with the experience.

“It was just so different… The feedback we were getting. We always knew what was going on. We had our expectations set and we knew when we were going to hear back.”

Within in 2 weeks, Rogers Park Social had the funds they needed and were able to get Provisions off the ground. “It was the simplest process I’ve ever experienced,” according to Meek.

With that funding under their belt, the duo opened Rogers Park Provisions in August of  2015. Less than 6 months in, business is already booming. 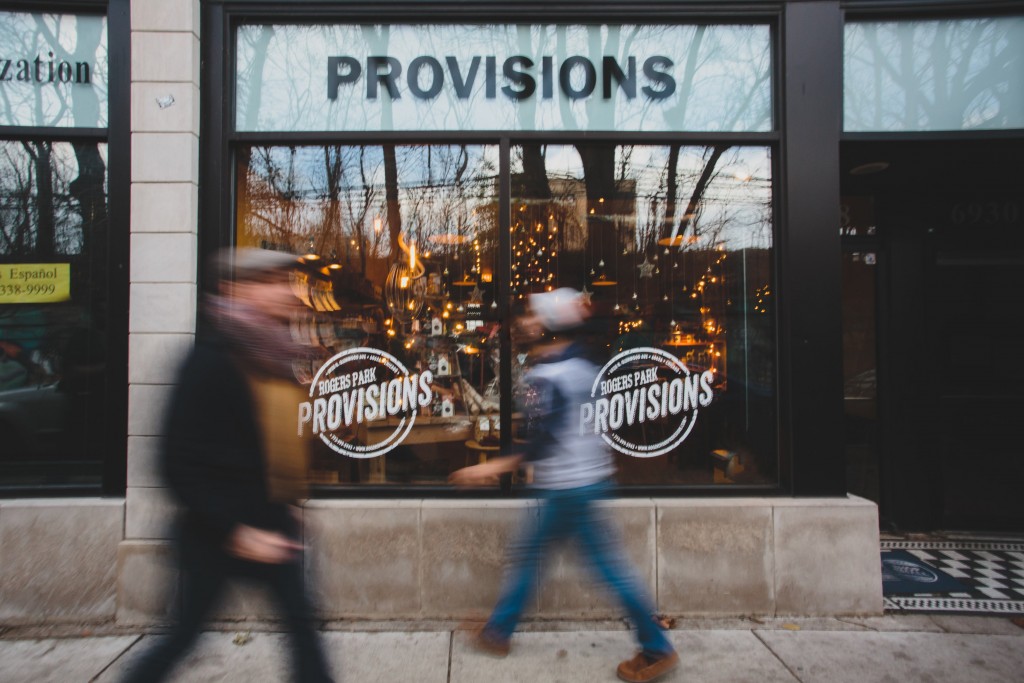 Opening up a business in a neighborhood they knew so well proved wise for the couple. They knew what the locals wanted—because they were neighbors, not just customers.  Most businesses under 2 years struggle to get funding, but Rogers Park Social has been able to do so twice under the 2-year mark, opening up a second entity along the way.

The duo proves the importance of knowing your market. Congrats to Meek and Archambeault on their much-deserved success!