This Pearl Harbor Tour Operator Treats His Customers “Like Family” 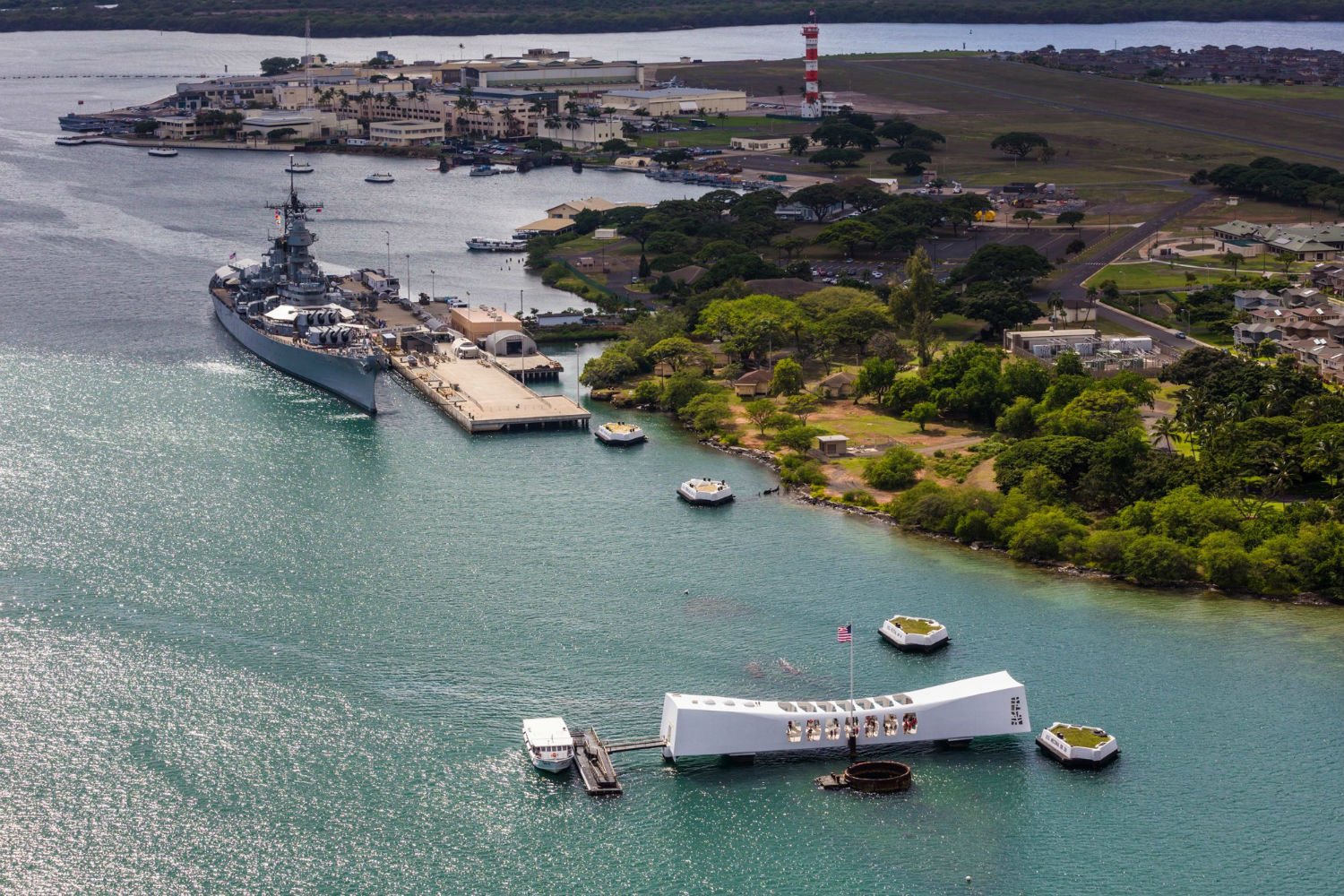 Conway, George Jr., and Ashley Kaka still remember the first time they visited the USS Arizona Memorial. They climbed aboard a boat with their Boy Scout troop, and two Navy sailors drove them out into the harbor and deposited them onto a shiny white floating platform. Looking over the side of the platform into the clear blue water, they could see the sunken hull of the USS Arizona—the final resting place of over 1,100 sailors and marines who were killed during the surprise attack on Pearl Harbor in 1941. Standing alongside the boys were people from all walks of life: World War II veterans, non-servicemembers, and tourists from other parts of the world—including Japan. Everyone was there for one simple reason: to honor the memory of the men and women who made the ultimate sacrifice.

Today, Conway, George Jr., and Ashley visit the USS Arizona Memorial on an almost daily basis as tour guides for Pearl Harbor Tours—a family tourism business run by their father, George Kaka. Their goal when bringing guests to Pearl Harbor is always the same—be respectful and be informative.

“For many people, visiting Pearl Harbor is like a pilgrimage,” says Kaka Sr. “As such, our goal is to engage our guests and help them learn something new, but also treat the tour with the level of solemnity it deserves.”

Kaka and his sons began operating tours of Pearl Harbor in January 2018, but their experience in the tourism industry predates that by over 20 years. It all started in the late ’90s when Kaka decided to go into business with his brother-in-law Moa Mahe, a native Hawaiian who has lived on the island of Oahu his whole life. At the time, Mahe was running a travel agency and recognized an opportunity to start offering tours of one of Oahu’s most popular non-Pearl Harbor attractions—the Polynesian Cultural Center.

The Polynesian Cultural Center is a large theme park that celebrates the history and culture of the hundreds of Pacific Ocean islands that comprise Polynesia—including Hawaii, New Zealand, Tonga, Samoa, and Fiji.

“There is so much great history in the Polynesian Cultural Center,” says Kaka, a New Zealand native who moved to Oahu to attend Brigham Young University-Hawaii. “But what we saw is that the guests wanted a guide who could explain the background of what they were seeing, and they would pay more for it.” 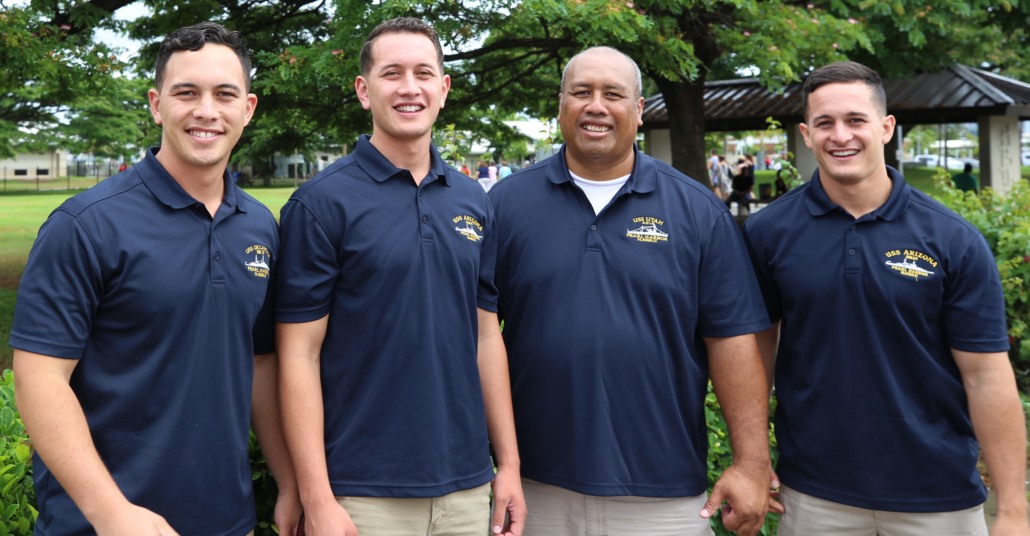 Kaka always had ambitions of entering the larger and more lucrative Pearl Harbor tour market. In 2010, he was offered the opportunity to buy the domain name “PearlHarborTours.com” for $8,000. Kaka, having an understanding of digital marketing and search engine optimization, knew the value of the domain name.

“I knew I had to do anything to get that domain,” Kaka says. “From a marketing perspective, it offers us the opportunity to be a top result for anyone looking to book a tour of Pearl Harbor.”

Once he bought the domain name, he needed to work toward raising the funds to launch the business in earnest. In 2011, Kaka began selling specialized tours to mainland travel agencies that would allow them to send students to Hawaii to participate in the annual Pearl Harbor Memorial Parade—a parade held in Honolulu on December 7 that Pearl Harbor Tours helps organize. As part of the package, students would also get a tour of Pearl Harbor, the Polynesian Cultural Center, and a general tour of Oahu.

“We saw it as an opportunity to explain to a younger generation the events that took place here,” Kaka says. “Our goal is to help them develop an understanding of our shared history and respect those who served, as well as those who were once our enemies but are now our friends.”

As the business grew, Kaka launched the website HawaiiTours.com in 2014 and began offering a variety of different tours around Oahu. He also partnered with other vendors to offer Hawaiian tour experiences on all four islands, including helicopter tours of the Big Island, surfing in Maui, and ziplining in Kauai. 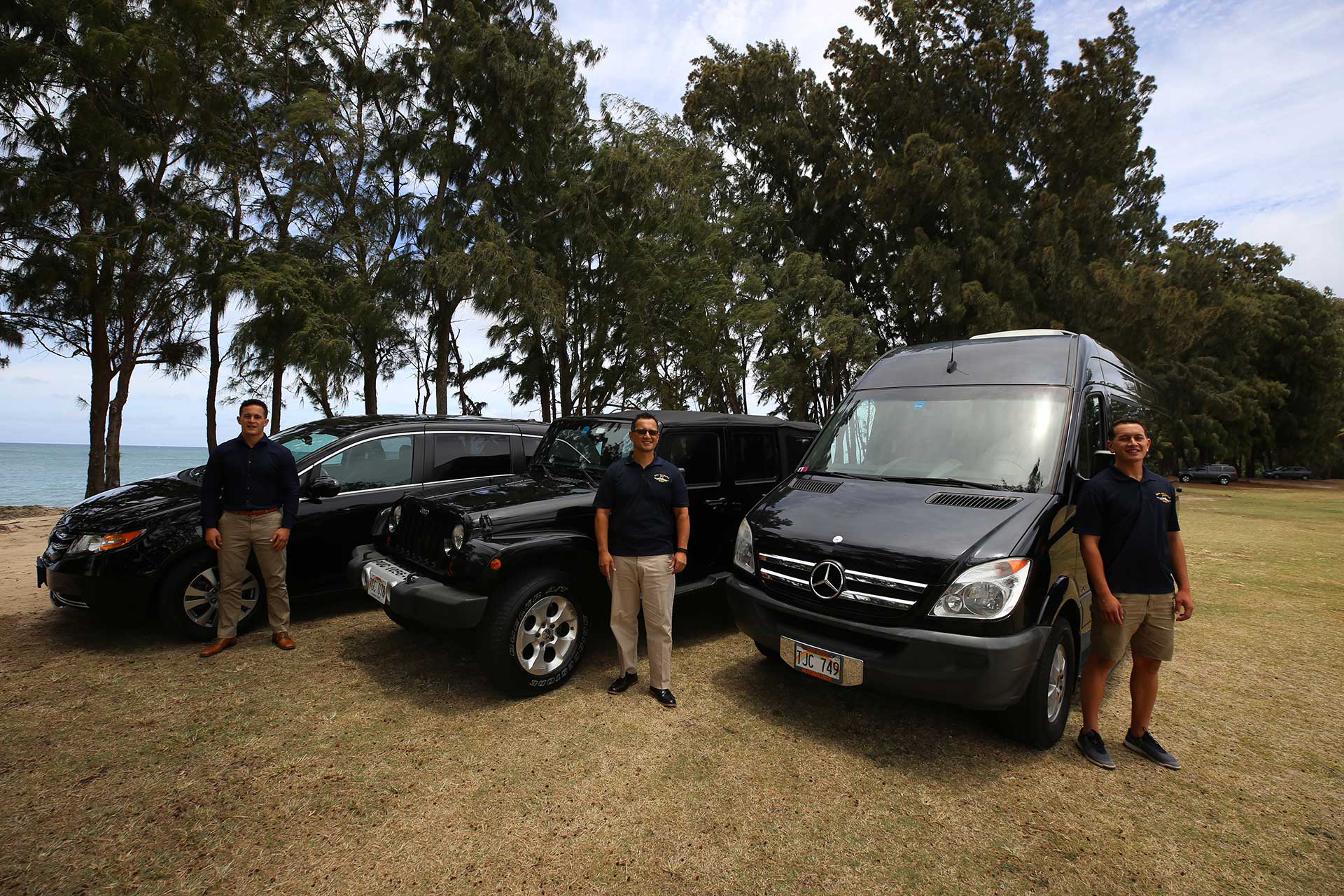 By 2017, Kaka had raised enough money from his other tourism businesses to invest in launching Pearl Harbor Tours—but there was still a lot more work to be done. First, Kaka needed to secure permits from the Navy and the Hawaiian Department of Transportation in order to be allowed to drive guests around Pearl Harbor and visit the sites. Next, he leased a Jeep Wrangler to serve as the company’s tourism vehicle. Then he hired new staff, including his sons, to be Pearl Harbor tour guides.

Finally, in January 2018, Kaka launched the website and opened for business. To help jumpstart the business, Kaka invested in a pay-per-click (PPC) campaign and content marketing in order to get traffic to the website.

“Having a great domain name is important, but you also need an easy website with relevant and fresh content,” Kaka says. “Another thing we did to help build up our online reputation was encourage customers to leave reviews which were then aggregated by Google.”

Along with having a great domain name and a good digital marketing strategy, Kaka knew the business needed a niche to survive in the highly competitive Pearl Harbor tour market. He decided his niche would be to only do small group tours of no more than 10 people. He found that this personalized approach worked well, as many guests view visiting Pearl Harbor as a more intimate experience.

“We give tours to a lot of veterans for whom Pearl Harbor is a very special place,” Kaka says. “In smaller groups we are able to offer a more personalized approach and allow everyone to connect with the space on their own terms.” 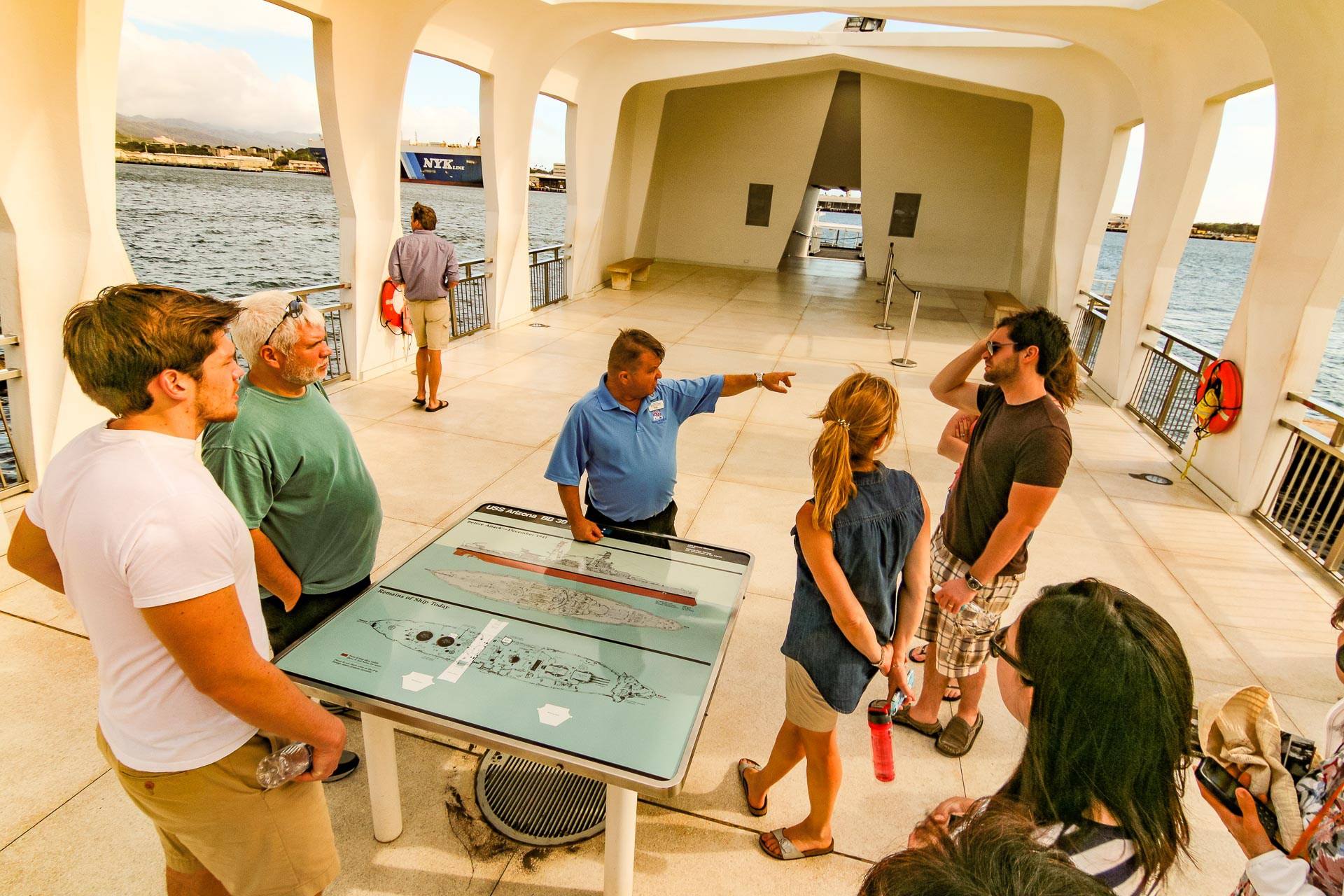 Pearl Harbor Tours offers a variety of tour packages to satisfy groups with different interests and time restrictions. The Complete Pearl Harbor Experience tour includes a visit to the USS Arizona Memorial and USS Bowfin submarine (known as the “Pearl Harbor avenger” for its success in the Pacific theater during WW2). Next, you’ll visit the USS Battleship Missouri Museum, which is located next to the USS Missouri (where the Empire of Japan surrendered to the United States, ending WW2). After that is a visit to the USS Oklahoma Memorial, which recognizes the 429 crew who died when the USS Oklahoma sank during the attack on Pearl Harbor. The tour ends at the Pearl Harbor Aviation Museum.

Prices of the tours vary depending on the size of your group and the sites you want to see. In general, prices range from $50 for a trip to the USS Arizona Memorial and National Cemetery to $700 for a private tour of Oahu. Tours can be conducted in English, Spanish, and Japanese. Most tours last between five and 12 hours, although Kaka makes a point to be flexible with his customers.

“Our goal is to cater to the needs of our guests,” Kaka says. “Everything we do is made to fit their schedule and their interests.” 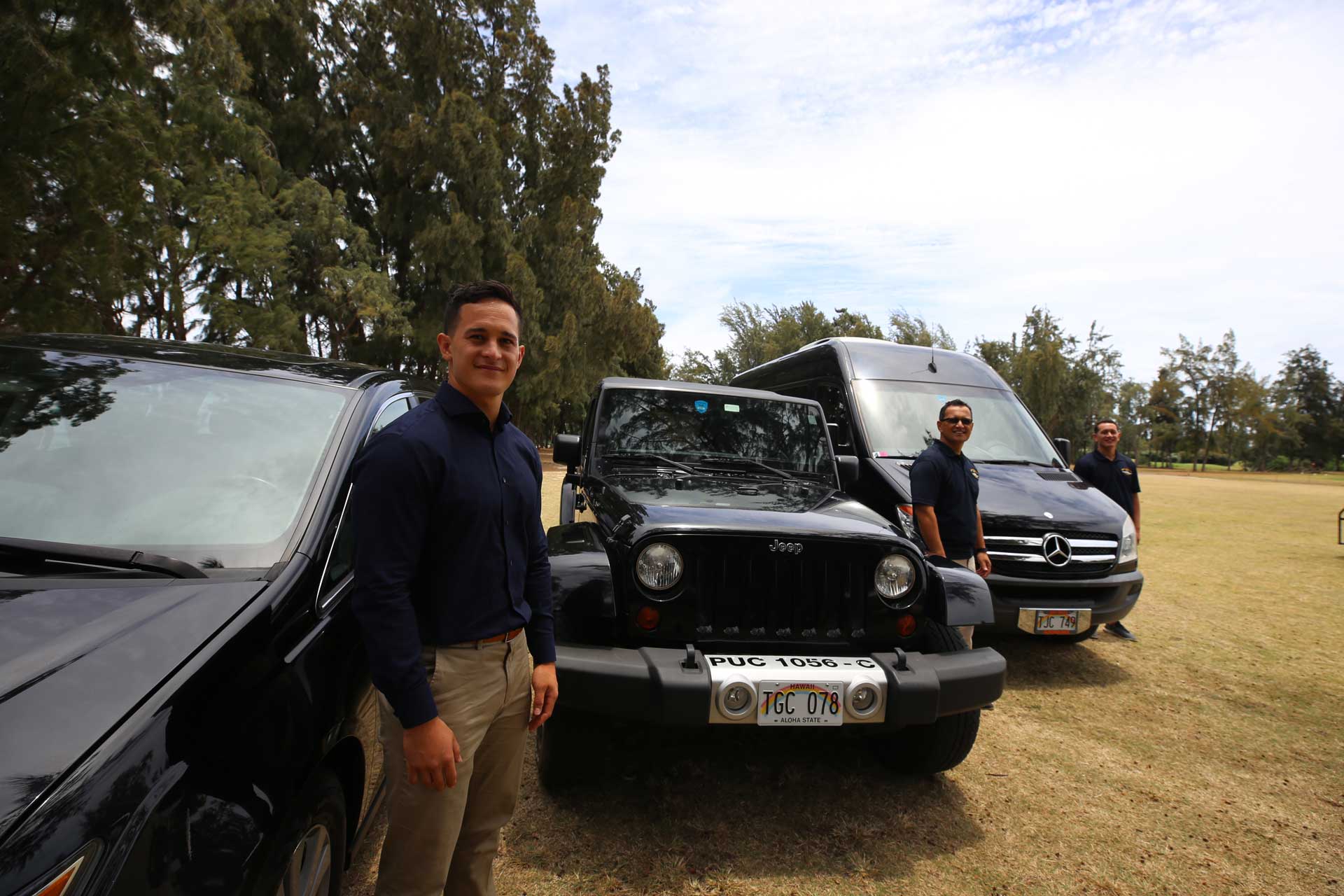 Once Kaka felt Pearl Harbor Tours had established itself in the marketplace, he began looking for capital to help the business expand. Kaka first encountered Fundera while browsing the internet for financing options. He filled out an application on the site and was contacted shortly thereafter by loan specialist Noah Elion. He worked with Elion and senior loan specialist JD Demestrio to secure a $50,000 PayPal loan in August 2018. In December 2018, Kaka renewed with PayPal for an additional $100,000.

“Both Noah and JD were so friendly and responsive throughout the whole experience,” Kaka says. “The lenders all fought for my business, and Noah and JD helped me select the best deal possible.”

With the money secured through Fundera, Kaka completed the development of the Pearl Harbor Tours website and put down a deposit on four additional tour vehicles: a Honda Odyssey van and three Mercedes Sprinter vans. Since then, business has been booming.

“After securing the capital we’ve increased our business by 300% from the first time we opened our doors,” Kaka says. “Through the website customers can now book a variety of different tours, and the additional vehicles enable us to fulfill most orders.” 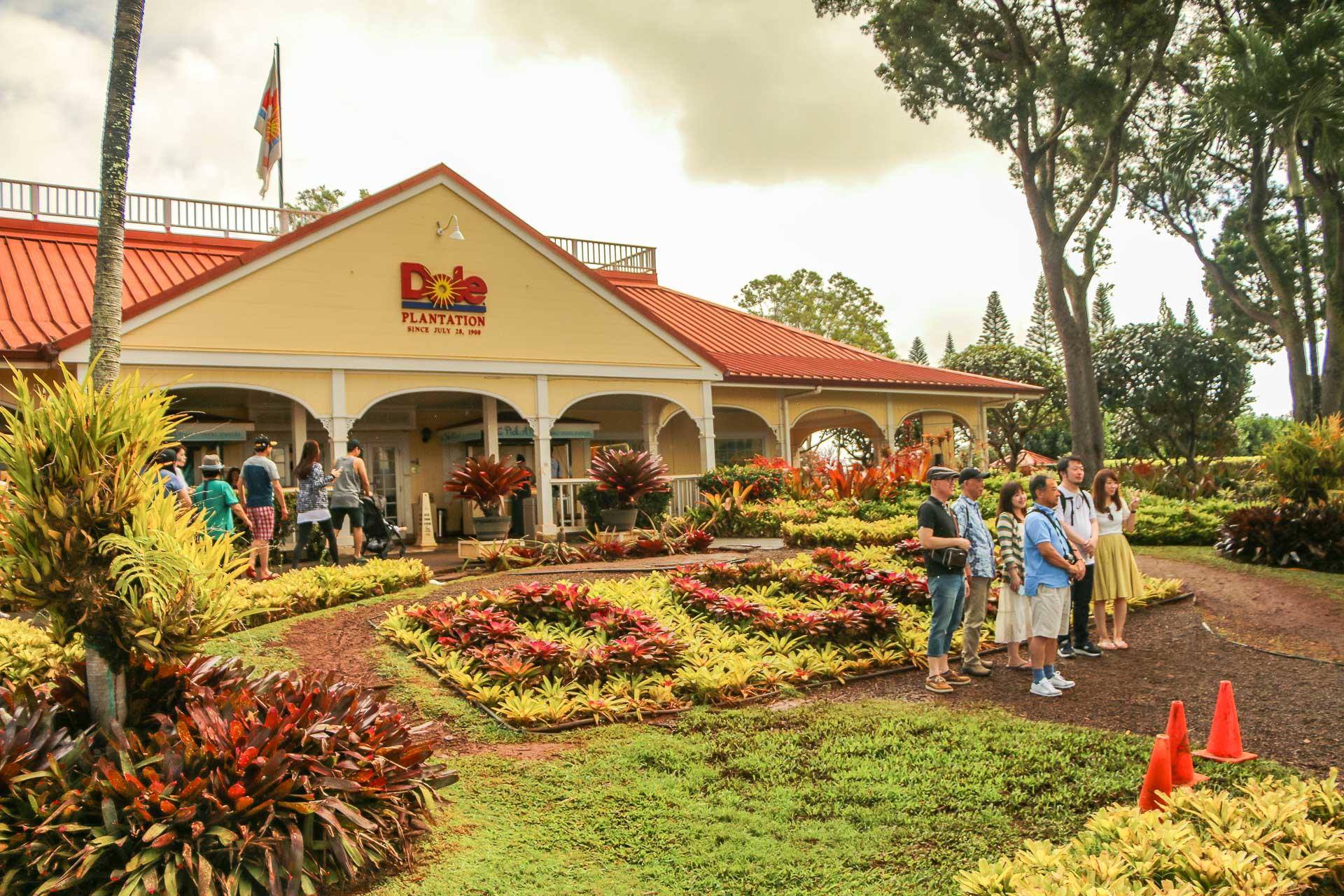 The Future of Pearl Harbor Tours

Today Pearl Harbor Tours is a 12-person team: Kaka runs day-to-day operations and manages a team of 11 tour guides, including his three sons. Kaka says he loves working with his “ohana”—the Hawaiian word for family.

As for the future, Kaka has plans for continued expansion as Pearl Harbor Tours looks to take advantage of other tour opportunities around the Hawaiian islands. In particular, Kaka wants to begin offering hiking tours of the volcanoes on Hawaii’s Big Island. He’s also eyeing partnerships with Expedia and Viator to begin selling tours on their platforms.

For those interested in launching their own tourism company, Kaka has some advice:

“Ask yourself why anyone would take a tour with you over your competitor. With us, we know that we will treat you like family and try to share something with you that will inform you, surprise you, or something that you can relate with on a personal level.”

Ultimately, what keeps Kaka going is the customers.

“I live for their reactions,” Kaka says. “They range from foreigners who never even heard of Pearl Harbor to Midwestern Americans whose dream it is to visit Hawaii. But they all come here and every one of them is touched in some way by this special place. It’s wonderful that we get to be a part of that.”