Teamwork, Dedication, and Elbow Grease: How This Young Entrepreneur Launched a Taco Empire 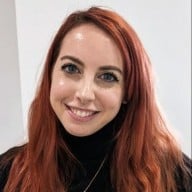 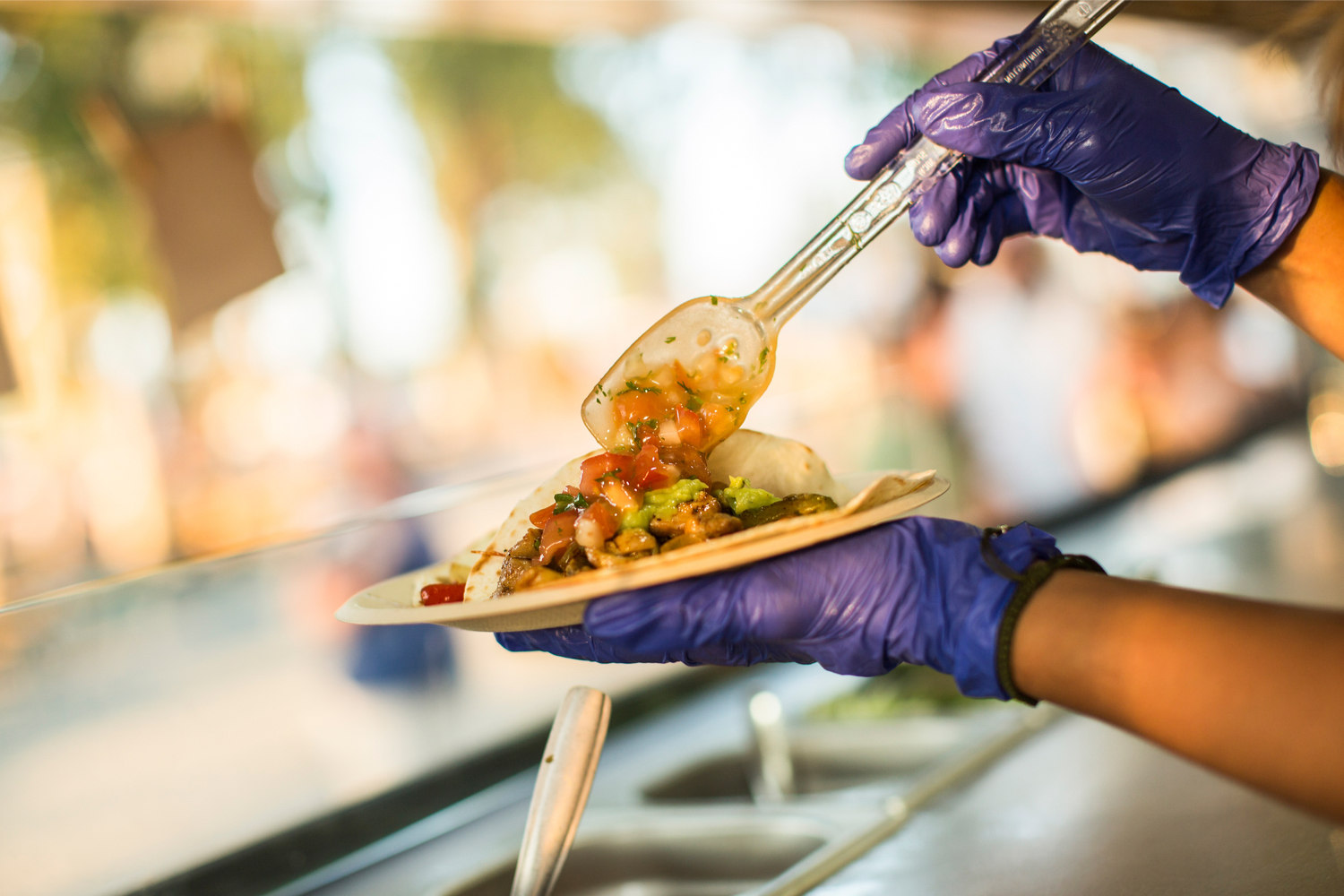 Fresh out of college, Nick DeAngelo began a career as an auditor for the state of New Jersey. Very quickly, however, the aspiring entrepreneur knew that he wouldn’t be an accountant forever.

About three months into his job, DeAngelo and his two friends, Rob Bruno and Lou Raccuglia—both of whom had also recently graduated from college—took a vacation to Florida. And in Miami, of course, the standard fare is tacos.

“Every day, all we ate was tacos,” DeAngelo says. Little did they know that those tacos would be the catalyst to change the direction of all three of the friends’ careers. “One day we just thought, “Let’s start a food truck, and let’s do tacos. Because that was what we grew up on, too. That’s the scene here on the Jersey Shore—this Tex-Mex-Tropicali cuisine.”

What began as the seed of an idea would soon become Tacoholics, the friends’ wildly popular food truck and, eventually, three brick-and-mortar locations around New Jersey. But getting their business off the ground wasn’t nearly as easy as coming up with the idea was. Here’s how they persisted. 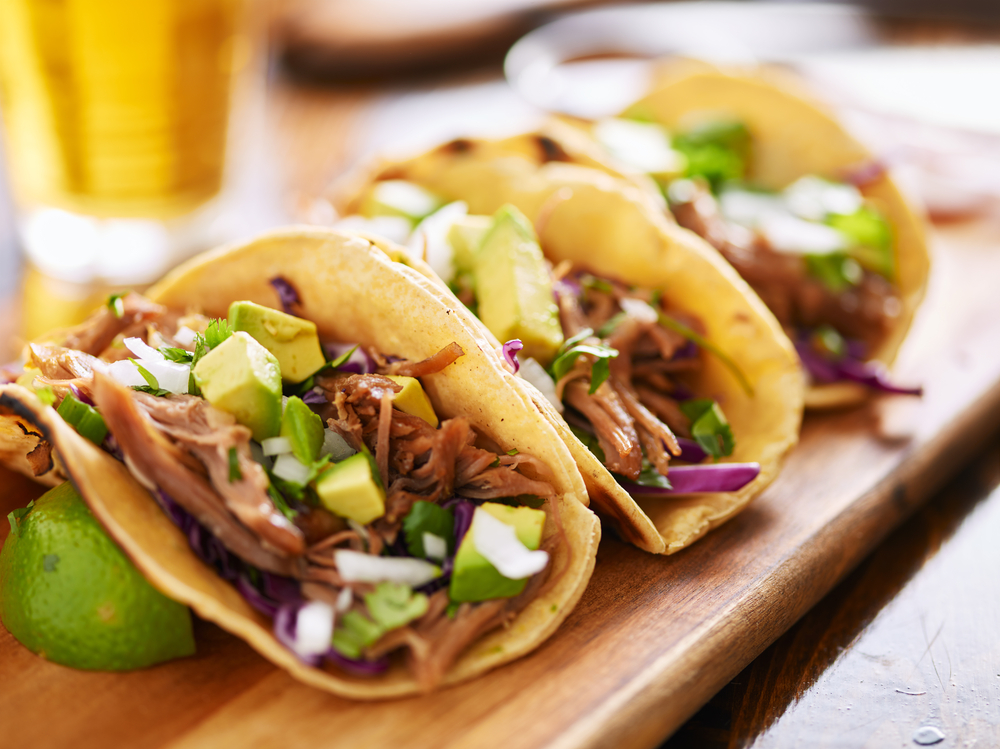 Finding and Financing a Food Truck

As a kid, DeAngelo dreamed of helming his own business, and that stuck with him throughout his adulthood. But he wasn’t necessarily intent upon becoming a restaurant owner. Rather, DeAngelo says, “we took an opportunity and we ran with it.”

So when they returned home to New Jersey from Florida, DeAngelo, Bruno, and Raccuglia created an LLC with a plan to start their food truck. But because the business was brand-new, they didn’t yet have the established credit they needed to secure a loan to actually purchase a food truck. “I went to 20-something banks and got rejected from every one of them,” DeAngelo says.

Luckily, DeAngelo found an unused truck through a personal connection. “The owner of the truck cut me a deal,” he says. “It was $2,000 a month for a 17-month term, but if we could pay the whole balance off in a year it would be interest-free. Luckily, we made it work.”

But DeAngelo and his partners weren’t in a position to be approved for a business loan to cover their other startup costs, so they opted for the next best thing: a credit card.

“After buying the truck, Rob got approved for a $10,000 credit card. So we used that to wrap the truck and get all the equipment we needed to start. We put in a lot of sweat equity.”

Soon, the three friends began to establish their roles within the company. “Since the beginning, Lou has kind of been the operations guy, and Rob is the creative guy. And me, I’ll fight tooth and nail to get us into anything. I take my business background and just go after it,” DeAngelo says.

Within two weeks of purchasing their truck, the Tacoholics team developed a menu and started a circuit at festivals and events on the Jersey Shore. But despite the work and dedication they’d put into launching their truck, they hardly started out strong.

“Actually, our first event was horrible. Our truck’s gas lines didn’t work, but we didn’t know until the night before. So we got all electric stuff, and we blew out our generator—we were literally using electric griddles—and then our water tank burst. None of us had ever even worked on a food truck before. We were just thrown in with the wolves.”

And as the project was bootstrapped at the beginning, there were moments when their money was dangerously low.

“We didn’t have any money. There were times when we had, like, $10 in our bank account. We put everything on the line. We were like, if it rains today, or if we have a bad event, we’re out of business tomorrow.”

But by their third event, the Tacoholics crew had established their sea legs—and, as DeAngelo puts it, “It was a hit. The line was something like seven hours long. It just never stopped.”

About two or three months after launching their truck, Tacoholics saw a real turning point in their success. “There’s an event in New Jersey called Laurita Winery. It’s the hardest event to get into, but we always just believed in ourselves. So I called the woman at Laurita one day, and she kind of shrugged me off. She was like, there’s a 200-person waiting list. It’s not gonna happen.”

Here again, a combination of persistence, belief, and an element of luck came into play to help the Tacoholics out. When the other taco vendor dropped out, the woman at Laurita Winery whom DeAngelo had been calling offered them a spot.

“I’d called her five or six times, so I just happened to be the new guy who was annoying the crap out of her!” DeAngelo says. “She told us we could come in. So we went in there the first week, and we pulled the biggest line out of 20-something trucks there. They loved our food, and we’ve been there ever since.” Now, Tacoholics has cemented their spot at Laurita as one of a few trucks they lock in every year. 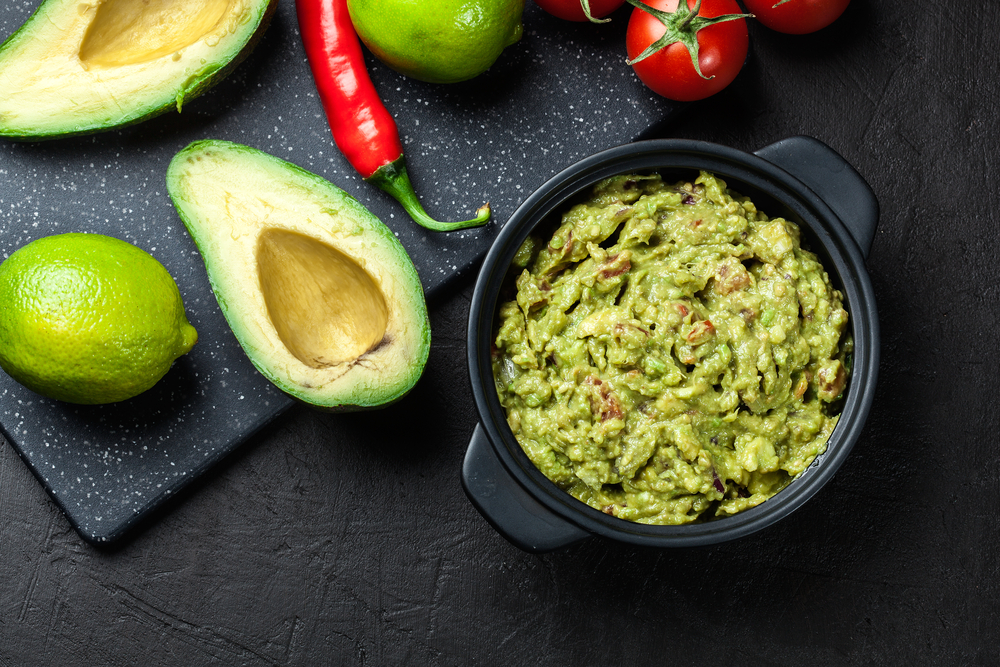 Opening a Restaurant (or Three)

By the end of Tacoholics’ first season, the truck had become so successful that they were able to sign a lease for their first brick-and-mortar location. But starting a restaurant presented unique challenges that the team hadn’t experienced when they launched their truck. After having put in all the hours and elbow grease themselves, it was especially difficult for DeAngelo to delegate the work it took to open their store.

“It took seven months to open our first location, because we were delayed on everything. To open our restaurant, everything was in other people’s hands. It was in our contractor’s hands, it was in the town’s hands—the permits took forever. It’s hard to rely on someone else, whether that be an architect, a contractor, anybody. It’s on their time, not yours, and it’s brutal. Because if you give me something to do, I’ll get it done right away.”

Ultimately, Tacoholics opened their doors in November 2017, and then went on to open a second location in May.

As most business owners know, however, cash flow is always a challenge—but that’s compounded when a business grows as quickly as Tacoholics has. “When you move this quickly, you don’t have a reserved cash flow. Pretty much, you take everything and immediately put it into the next project. And obviously, as you borrow, interest starts to accrue.”

DeAngelo didn’t want cash-flow issues to slow that breakneck speed, however, especially with a third restaurant location on the horizon. So to consolidate some of his debt, DeAngelo tried to give a bank loan another shot, and approached the bank where he’d been a customer for a few years. Based on the success of Tacoholics, the bank told him that he should be approved for a loan.

“I kept hearing should,” DeAngelo says. “So I applied for a credit line, and I was told I’d get approved. But I ultimately got rejected. I freaked out.”

Without the option of a bank loan, DeAngelo began researching other ways to secure the line of credit he needed. While searching online, he discovered Fundera and filled out an application. Right away, Fundera called DeAngelo to help him out.

DeAngelo ended up working with Ben Fusaro, a senior loan specialist. With Fusaro’s help, DeAngelo applied for lines of credit with several lenders on Fundera’s platform, and was ultimately offered a $50,000 line of credit through PayPal. And when he needed additional funding to open his third restaurant, he knew where to go—and ended up being approved for another $50,000 line of credit, for a total of $100,000 in his back pocket.

“With that money I could pay my contractor, and I also financed my equipment, like my hood system. Now, over the next year, we’re working on consolidating all of my debt—and hopefully Ben will be around when I do that,” DeAngelo says.

All told, DeAngelo’s business loan has helped Tacoholics grow even more quickly than they could have before, all while ensuring the quality of their services. “Our new location is in Red Bank, which is one of the best locations in New Jersey. Before I could have gone with a mediocre contractor, but now I’m using the money to get the best of the best.”

Tacoholics’ loan is crucial for simple maintenance, too, especially as construction on their third restaurant location is still underway. “Our credit lines keep me going every day while our doors [for the new location] aren’t open. So now we don’t really have to live day to day for a little while. Now we can keep moving forward, and looking forward to the new year and for the store to open.”

The Keys to Tacoholics’ Success

With greater financial security, DeAngelo can focus on what he really wants to: continuing to grow, and supporting his team during that growth.

“I don’t really like to sit around on something because I get too bored, and so does my staff,” DeAngelo says. “That’s why my staff is so good. They’re in it for the long run. We have kids with college degrees, but they don’t want to work in normal jobs for the rest of their lives—they want to grow with the company.”

Staying focused on the original Tacoholics vision has been a priority, too, and an element of their enduring success. DeAngelo prides the Tacoholics team on producing great tacos quickly, which is especially important for a food truck that services events and festivals (and impatient customers). And despite their growth and their need to shore up against competition, they haven’t lost sight of that original goal.

“Since day one, the priority has been to not go overboard. Our truck only did tacos. Other people were doing quesadillas, nachos, but my thinking was, ‘How can we pump out the product the fastest?’ That’s what makes us so valuable as a food truck. Our tacos are out in 30 seconds. As a store we do burritos, quesadillas, and bowls, but we still pride ourselves on being really quick. Especially at a festival, you don’t want to be waiting in line for an hour and one order comes out every 20 minutes.”

That single-minded focus has paid off, as Tacoholics has won several awards for their inventive offerings, with their fried-avocado taco most recently winning the spot as the state’s best vegetarian taco.

Even with a truck and three locations under their belt, the Tacoholics partners have an eye toward opening another restaurant location—this time, perhaps, in New York.  “We have a lot of competition around here, but I don’t see any of our competitors in Manhattan. So I want to see if this works outside of New Jersey,” DeAngelo says.

Over the longer term, DeAngelo hopes to franchise Tacoholics and let his team buy into the business or offer them share equity—not only because that’s how some of the strongest brands, like Starbucks, have become so successful, but because it’s a way for DeAngelo and his partners to give back to his excellent team.

“I have the best staff and the best owners right now. We’re young, but I’d say look out for us soon, because we’re moving and we have the perfect team behind us.”

How does DeAngelo plan on achieving those big goals? It comes down to persistence, he says. “That’s what I always preach. Obviously there’s a lot you have to do, but you need persistence to get yourself off the ground and moving.”

Caroline Goldstein is a contributing writer for Fundera.

Caroline is a freelance writer and editor, specializing in small business and finance. She has covered topics such as lending, credit cards, marketing, and starting a business for Fundera. Her work has appeared in JPMorgan Chase, Prevention, Refinery29, Bustle, Men’s Health, and more.