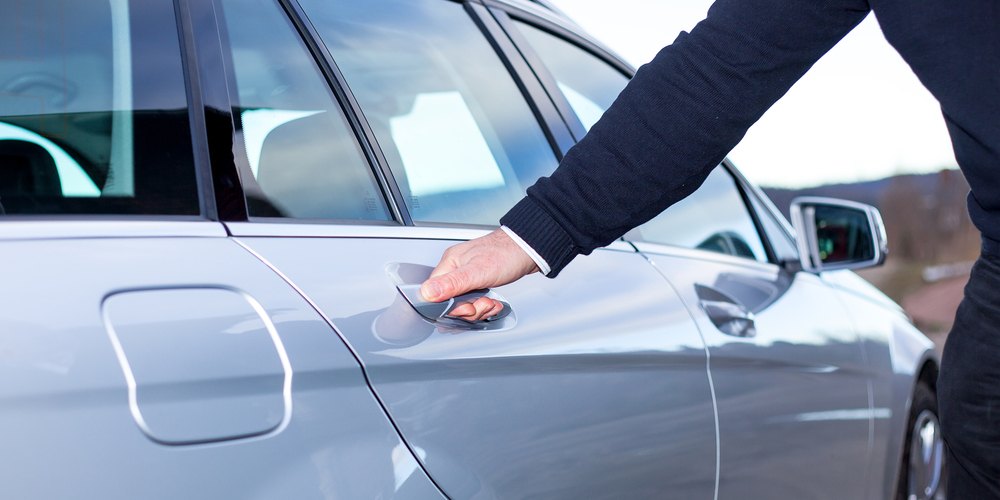 In the 1981 film Arthur, Dudley Moore’s titular character is an NYC millionaire who enjoys the best that the city has to offer. Being chauffeured in a Rolls Royce through the city is among Arthur’s favorite luxuries.

Josef Wojtkow distinctly remembers this film. And this moment.

Wojtkow first saw the film when he was 19 years, and it sparked a sincere fascination—and appreciation—for both chauffeurs and nice cars.

Wojtkow was so interested, in fact, that he decided to start his own limousine business—right in his hometown of Akron, Ohio. What started as a fascination soon turned into big business, and before Wojtkow knew it, he had 25 limousines in operation.

Akron turned out to be a surprisingly great place for a limo service. There was a lot of traffic with the Pro Football Hall of Fame, airport pickups, and other hot spots around town. But unfortunately, this was the late 90s, and the economy wasn’t doing too hot.

Wojtkow reached a point where business really slowed down, finances were struggling, and he had a decision to make. Thinking it was better to walk away, he filed for bankruptcy and closed his doors.

At 26 years old, Wojtkow had already started and closed his first business. As disappointing as it was at the time, what Wojtkow learned would lead to much greater success down the road. As Wojtkow puts it, “You couldn’t have asked for a better learning experience.”

The Best Mistake He Ever Made

Wojtkow took some time to explore new interests, working in the diamond industry for a few years and following with a stint in real estate. He eventually moved out to California, after taking a job with Subway, where he helped bring on new franchisees and manage over 200 retail locations.

But, one night Wojtkow found himself watching The Apprentice. In this particular episode, he distinctly remembers Donald Trump saying to “Do what you love doing and be the best at it.” That statement hit Wojtkow—and stuck with him for years.

Wojtkow knew it was time for him to get back to doing what he loved… And what he loved was driving nice cars. He found a private chauffeur business based in LA and started driving again near his home in Orange County. But it wasn’t long before the itch came back: he needed to be his own boss.

Wojtkow was ready to combine both of his passions, and set out to start his 2nd business.

A New Kind of Chauffeuring Business

In May of 2007, Wojtkow started operating his chauffeur business, Your Car Our Driver, out of the OC—which he saw as a huge but completely underserved market.

But here’s the catch: Your Car Our Driver wasn’t just another version of Wojtkow’s first business. It was an entirely new idea.

“I didn’t want to be a livery service,” says Wojtkow. What he loved was driving, not dealing with the maintenance of limos. He decided to only offer chauffeurs, and clients would provide their own cars. “By just chauffeuring, my total business costs came way down,” adds Wojtkow.

It was a brilliant idea. The OC isn’t a market like New York City, where few people own a car. In Orange County, everybody has cars—and nice cars at that. They often prefer their own vehicles, but whether they need to make a trip to the airport or want to enjoy a few drinks at dinner, Wojtkow’s business lets them have the best of both worlds—a driver in their own car.

With such a unique business model that serves its market well, Your Car Our Driver is now a booming business, with Wojtkow employing over 25 drivers.

Getting the Word Out

Growing this business, of course, wasn’t piece of cake—and it still isn’t. For Wojtkow, “The hardest part, at first, was getting the website going. I didn’t really know much about the internet, and things like SEO.”

That won’t stop a dedicated entrepreneur, though. He asked a professor at a nearby university that specializes in Search Engine Optimization to coffee. He wanted to hire her, but couldn’t afford her prices. In true entrepreneurial style, Wojtkow convinced her to take on Your Car Our Driver as a case study and charge him a nominal fee. It was a win-win for both parties: Wojtkow got incredible search rankings and the professor a great case study for her class.

But despite all of his early success, getting the word out is still one of Your Car Our Driver’s toughest challenges. After all, as Wojtkow says, “It costs money to get your name out there. No matter the stage of the game.”

Wojtkow was and is laser-focused on growing his business as much as he can. But since it takes money to make money, he knew he would need some additional funds to make that next step happen. That’s when he found Fundera.

“With a quick Google search, I found Fundera. I entered in my information and was working with loan specialist Mike Schwartz in no time.”

Wojtkow came to the table ready and eager: his financials were all prepared ahead of time, which helped him get funding speedily and easily. Now, Wojtkow not only has the money to take care of some old debt, but a great sum to invest in marketing for Your Car Our Driver.

With a financial cushion, Wojtkow can focus on future goals. “I want to look at acquiring similar companies in other large cities in California. And that’s just the first step to one day becoming a national brand. Fundera helped me breathe easy so I can go after these goals,” he says.

Wojtkow has big plans for his business. His sort of ambition is what we love supporting here at Fundera. Where will Your Car Our Driver be this time next year? We can’t wait to see!