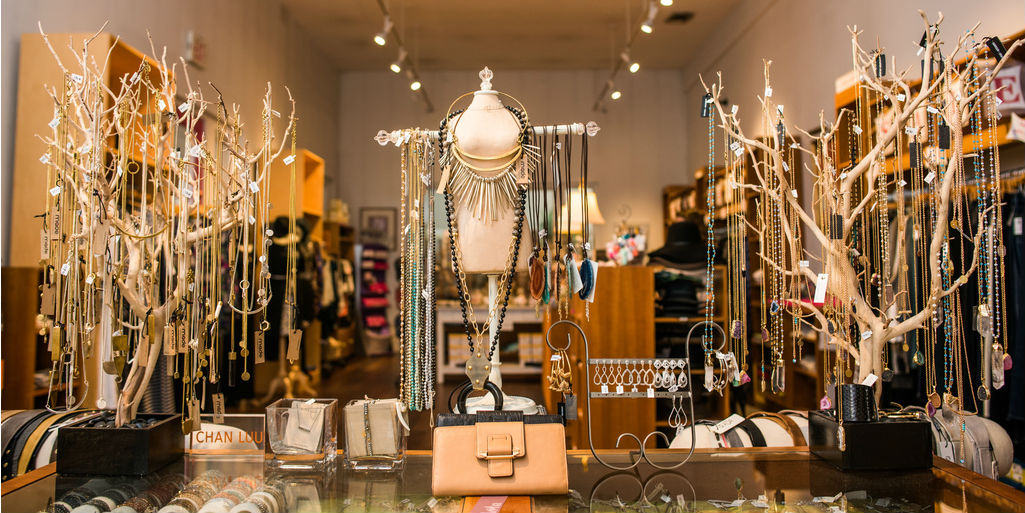 When the majority of your formative career years are spent at a company like Merrill Lynch, you’ll learn a lifetime of lessons. And Emilie Christenson was certainly no exception.

For over 12 years Christenson worked at Merrill Lynch, learning a ton about people, business, finance, and marketing—and managing big projects from beginning to end.

“It was a great experience,” remarks Christenson. But it wasn’t enough. When the financial services industry started transforming and her mentors retired or moved on, Christenson knew it was time to seek the adventure she craved: entrepreneurship.

“I saw an opportunity in our local market in Florida and decided to seize it,” she explains.

Fifteen years ago Christenson opened the doors for her first venture: the children’s boutique, KYDS. 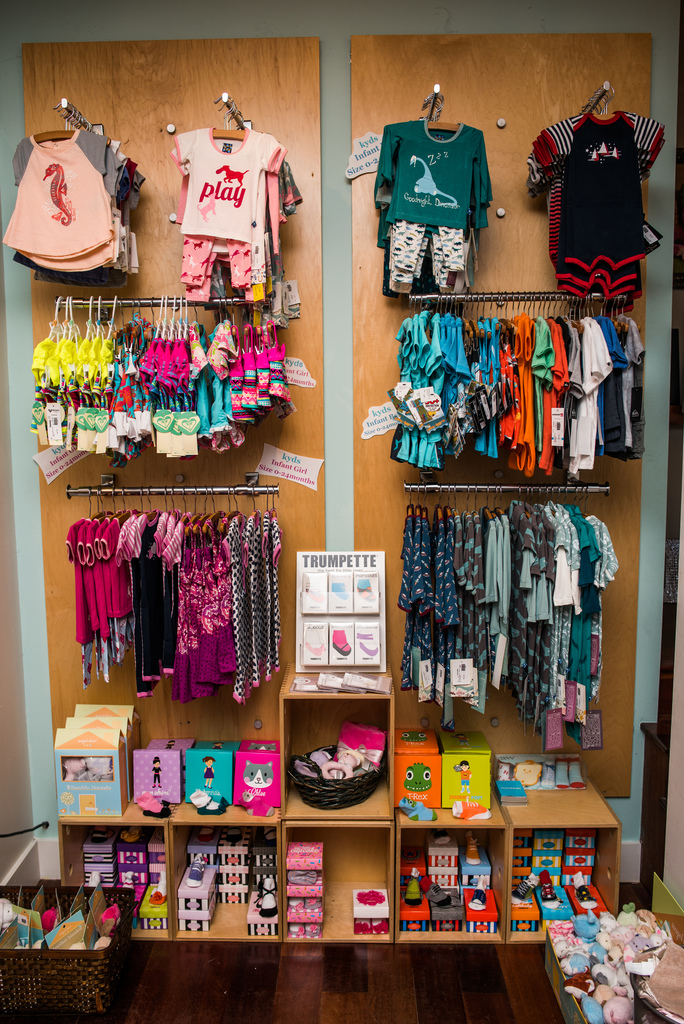 While retail and fashion might at first seem like an unlikely parallel to Christenson’s first career, it’s important to understand they’re a part of her genetic makeup. “My father’s side came from Italy, where they were dressmakers. My mother’s family owned a small department store in Tennessee. I grew up watching people make dresses and run department stores. It’s a part of who I am,” she explains.

For Christenson, the move to open her own store satisfied many needs: an entrepreneurial drive, a knack for running the family business, and a desire to spend more time with her kids. “I was working 80 hours a week. I wasn’t seeing them. I needed to make a change.”

It wasn’t long after opening KYDS that Christenson was presented with another interesting offer: there was a women’s boutique located right next to her store. The two women running the store were ready to retire, so they came to Christenson to see if there was any interest. She saw the market potential and cross-selling opportunity with two stores side-by-side, and she worked to negotiate a deal with the women and took over the store. After just opening her first store in March, Christenson acquired Jaffi’s, a women’s boutique, the following December.

And what a great decision that turned out to be. To date, Jaffi’s is the biggest seller of the two stores. 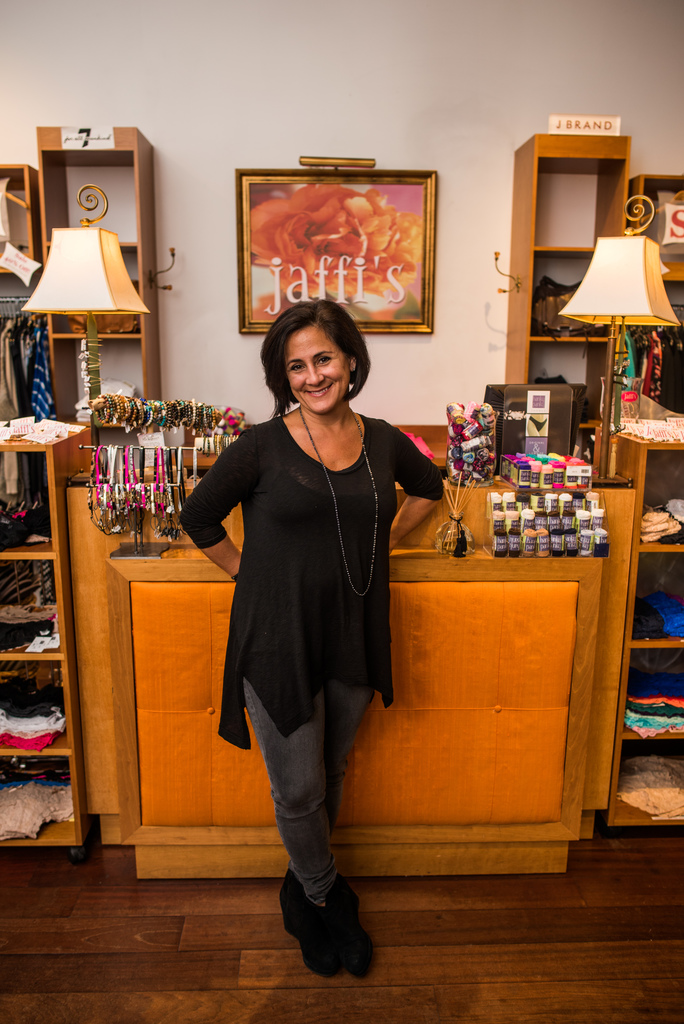 Carlie Devon—named after her two daughters—is Christenson’s parent company. Under this umbrella sits both KYDS and Jaffi’s, but also a wholesale lingerie and accessories company, Boob-eez.

With two businesses already under her belt, why did she feel like the need for a third?

To teach her daughters an important lesson.

When Christenson’s oldest daughter, Carlie, was an adolescent, she had trouble finding undergarments to suit her—she wanted something that would make her feel safe and confident. So when she was 9 years old, Carlie developed a product to combat that. Her husband helped the mother-daughter team find a supplier overseas, quickly got the product made, and launched the business soon after. That was in 2009. Today, Boob-eez is in 250 stores nationwide.

Carlie is in college now, but the plan after she graduates is to manage the entire business herself. Christenson adds that “when that happens, it’s going to blow up. I’m just maintaining it. She’s going to grow it.”

Christenson has plenty of entrepreneurial lessons to pass onto her daughters.

For starters, she makes sure they understand that “getting the word out is the biggest challenge. When you’re new and you don’t know anyone, you can waste money on advertising that doesn’t do anything. Soon, you’ll need that money for something like inventory. Will you have it?” 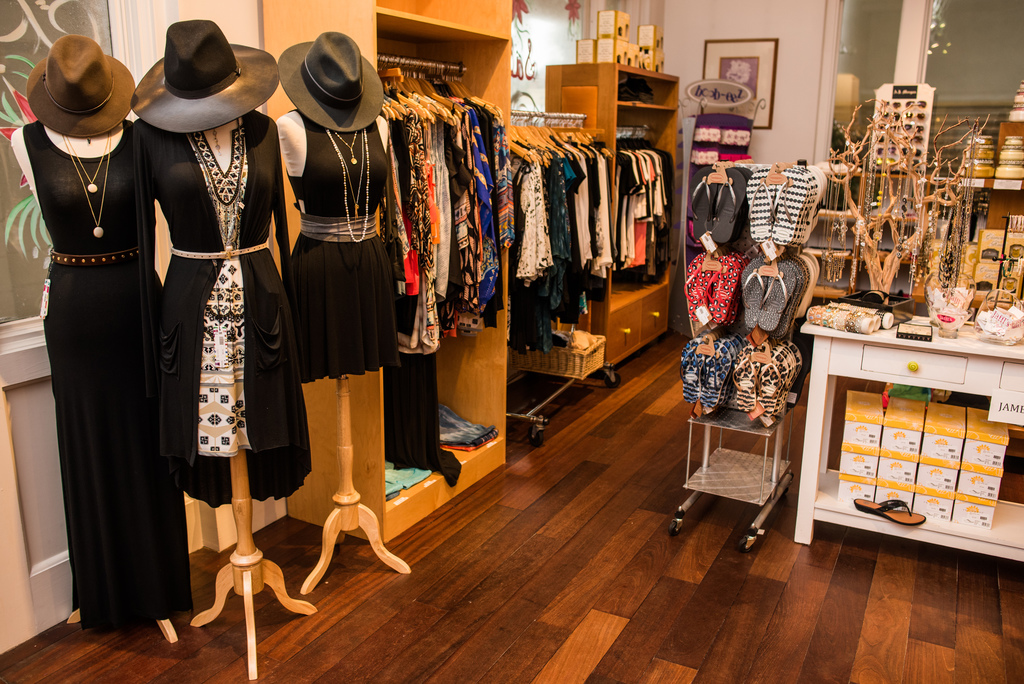 This is a challenge Christenson still faces today. “It has always been a struggle to make inventory, which is something I think a lot of retail businesses understand. The more you sell, the more cash flow you need.”

Christenson has turned to outside sources at times when she needed to “finance the busyness.”

Christenson recently found herself in a position where she needed to make a big inventory purchase—quickly. So she applied for short-term financing, knowing a short-term lender could get the job done in the timeframe she needed. But she didn’t want to stay in an unsustainable cycle of short-term debt.

“I saw an ad on Facebook for Fundera and was like, ‘This sounds so cool.’ So I reached out. I appreciated from the start that no one was trying to sell me something I didn’t need. My options were laid out for me, and they really helped me understand how short-term debt works differently than long-term debt.”

Together with Mike Schwartz, her Loan Specialist, Christenson worked on a plan to get out of the short-term debt cycle as quickly as possible. She prequalified for both an SBA loan and a online term loan with Funding Circle. But Christenson had another looming inventory purchase and needed money quickly.

Christenson adds, “The banks won’t work with us anymore. I just didn’t think there were options out there. I can’t believe I did the whole short-term loan, credit card thing. I can’t believe I didn’t know about Fundera sooner. Fundera didn’t have any interest in anything but our best interest.” 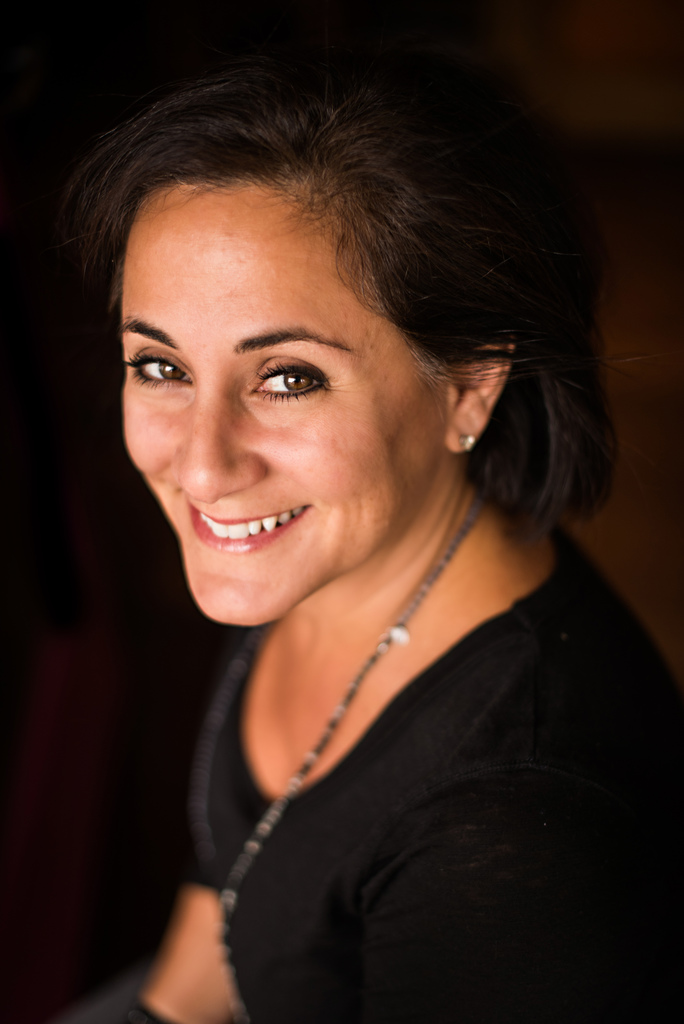 For Christenson, she’s now able to breathe easier with a fixed payment that’s manageable for her business. She can turn her focus back to her business and its future. Which, in Christenson’s case, is her daughters.

“I remember when Carlie was in 4th grade and there was a boy down the street she liked. Instead of waiting for him to do something, she asked him out with a note that said ‘Check yes or no.’ She wasn’t going to not have it happen. Both my daughters got the entrepreneurial gene from my husband and me. They’re wired to be their own business people. They’re going to go out and make stuff happen.”