Frozen, Star Wars… This Entrepreneur Composes For the Best 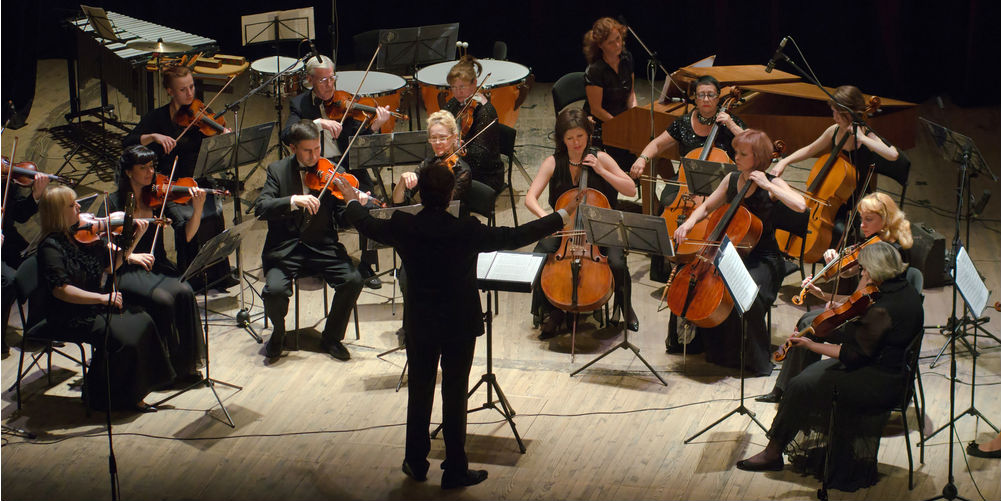 Mike Rubino didn’t have much choice but to love music.

With a father and uncle both in the music industry, it was a part of his life from day one. So it was no surprise that Rubino made music his life’s work—even despite the encouragement of his father and uncle to try something else.

After finishing his degree at UCLA for music composition, Rubino dove right into the film industry, not knowing what would lie ahead.

The Push to Entrepreneurship

“My first job out of school was at the Fox Family Channel as a music editor. I took existing music and added it to TV shows,” says Rubino. “It was a great experience—but the only time I ever held a corporate job. I was there for two and a half years and then Disney purchased it. It’s now what we know as ABC Family. I soon got laid off and, well, couldn’t have been more excited.”

Losing a job isn’t something most would consider “exciting,” but in Rubino’s case, it gave him the opportunity to do what he always knew he wanted to do—compose.

“It was just the push I needed.”

His next step was to figure out how to make it in a field that’s “overcrowded, super competitive, and super subjective.” What they say is true—in Hollywood, it really is all about who you know.

With this in mind, Rubino went all in. He showed up to everything he could and shook hands with everyone who would.

And outside of networking? Rubino “just started creating music.”

Knowing What You Bring to the Table

In the first year after leaving ABC Family, Rubino managed to get a couple of TV commercials, but it wasn’t exactly enough to survive.

Luckily, it wasn’t too long before things started to pick up.

“Early on, I found a company that was making music for movie trailers—which I never even knew was a thing. They were interested in me helping out, and I wanted to work in movies and needed to make a living, so I just went with it,” says Rubino.

However, it wasn’t long before Rubino realized he had found his niche. “I’m an 8-year-old at heart, so it comes out in my work. I realized I had a certain style that does well for family-friendly products like Pixar or Disney.”

What Rubino first stumbled upon became his calling. He started in 2002, and he’s now been at it for 14 years.

“It’s a great opportunity—and something I’ve become known for. Most composers want to do cool dramas and big action movies. You know, heavier, darker things. But family movies make the money. There’s tons of advertising for the films, and a huge market,” says Rubino.

Rubino is a true example of the power of “niche.”

In fact, the best advice he ever got “was not to be a jack of all trades. So many people will do anything just to work. They’ll try to do any style, but in order to really stand out, you have to find out what you do… And then do it really well. For me, that’s the family style. That’s my asset.”

Getting Paid for What You Love

Now keep in mind, getting Mike Rubino Music off the ground wasn’t exactly a walk in the park.

Finding work in an environment where so many people want to do the same thing—and there are very few jobs—is tough.

As Rubino says, “Even the most successful people in the industry are constantly reinventing themselves and trying to find work. There are a lot of talented people who don’t ‘make it’ because they just don’t have the drive to go out and find clients.”

Even as a composer, you’ve got to market yourself—just like you would with any other product in an overcrowded market.

And sometimes it’s not just about finding the work: it’s about getting paid for it.

“Part of the problem with this industry is that so many people want to do it, so up-and-comers will do it for free. In fact, the majority of what you hear on TV… Well, they’re getting it for dirt cheap,“ reveals Rubino.

Getting to That Oscar

The biggest business problem for Rubino has been the same one all along: growth.

“I get bored easily if things are stagnant. I want my business to grow and I want to do different types of media—trailers, video games, commercials, and more,” says Rubino.

For Rubino, it’s not just about diversifying. It’s also about increasing his level of output.

“I contract out for different pieces, but now I have a studio, so I want to bring in a full-time team. If I can make more music, I can bring in more clients.”

To get to that point, though, Rubino needed steady finances—and in an up-and-down industry, that’s no easy feat.

“Clients pay sporadically, so I needed working capital as insurance… To really help tide over all the clients I’m in the middle of bringing on. With every client, I have to invest so much of my own money, from studio gear to paying other musicians, so if cash flow is slow, that slows down my own ability to grow.”

Luckily, Rubino found Fundera. He was able to quickly get the capital he needed to bridge his cash flow gaps, letting him take on the clients he wants without putting a strain on his cash flow.

“It was surprisingly easy and smooth. I’ve had a bank loan before—and this was so different. It was very friendly and attentive, and it was great to work with someone like Mike Schwartz, who was genuinely interested in my business and how he could help. I loved it,” says Rubino.

With the capital to continue expanding, Rubino has a new goal in mind. “I hope that more people know my work. I’ve got music in lots of great places and projects that I’m proud of and people really love. Plus, a couple awards wouldn’t hurt. Emmy, Oscar… I’ll take any of them.”

If you’ve seen trailers for Star Wars: The Force Awakens, Frozen, Ant-Man, Toy Story 3, or any others on this incredibly long list of even more incredible films, you’ve heard the work of Mike Rubino.

Keep your eyes—and ears—open for more great work from this creative entrepreneur.