This Brewery’s Gamble That Increased Production By 130% 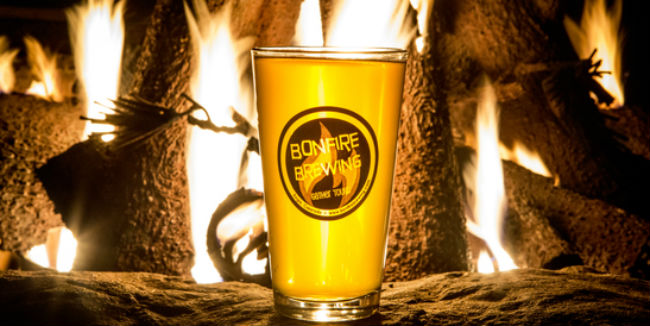 Living in the much sought after “Vail Valley” of Colorado, young attorney Andy Jessen needed a roommate. A common thing in the Valley, it’s one of the only ways for young people to afford the sky-high cost of living. He found a young couple looking to rent, and after lunch together, they decided to call it home. Little did he know that he’d soon be going into business with one of them.

Right after moving in, one of Andy’s new roommates, Matt, received a home brew kit from his girlfriend. Fascinated, he started brewing. It wasn’t pretty at first. Out of the gate, there were certainly a few terrible batches. But with time, he started getting the hang of it. Inspired, it wasn’t long before he built an all-grain system in their garage, allowing them to up production and put beer on tap at the house. He was hooked.

When Matt and his girlfriend parted ways, the Matt and Andy were left with an extra room in the house and decided to challenge themselves: if they could make enough money selling beer to cover what would be the rent of that room, they could afford to keep the house to themselves. Launching Bonfire Brewing in November 2010, it wasn’t long before they were not only covering the room’s rent with the beer they were selling…but exceeding it. This is when the two knew they had a real business on their hands. 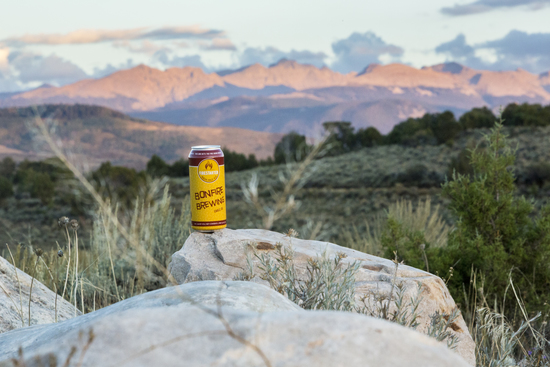 From Garage to Growing Business

In 2012, the duo knew it was time to take their business to the next level. They purchased a 15,000 square ft warehouse to meet their booming product demands. Alongside this move, they continued operating a tasting room, keeping 23 beers on tap, and offering live music, parties, and more.

Quick success for Bonfire Brewing was partly due to their excellent location. Located in Eagle, Colorado, 130 miles west of Denver, as part of the “Valley”—which stretches from Vail to Glenwood Canyon—businesses are able to feed off the success of the resorts.

But Bonfire Brewing didn’t amass all this success without challenges.

“From day one, cash flow has always been a challenge for us. You’re either impossibly small or impossibly big. We’ve had to take it one step at a time, keep the cash moving, but no matter how careful we are, we’re usually spending more than we’re making. It’s like every time you reach a point where you have extra money, you’re running out a beer,” reveals Jessen.

Luckily, with 6 years of experience under his belt, Jessen feels “like we’re finally over that hump.” But why? 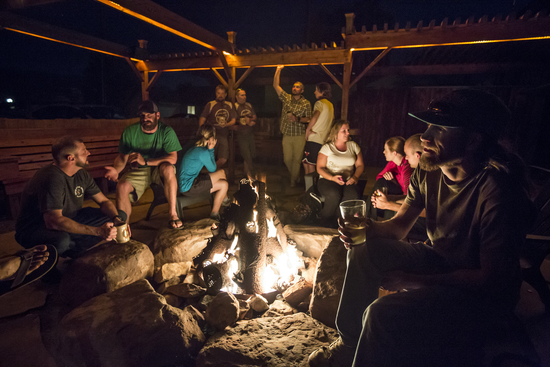 A Gamble That Paid Off

When Jessen started the business, there was a small group of family investors that helped get the venture off the ground. Jessen, however, found himself at a point where he was sick of the cash flow shuffle, feeling like he had to spend so much just to keep up with growth.

Jessen knew Bonfire Brewing needed to invest in more tanks. At the time, Bonfire had the capacity to produce 3,000 barrels of beers a year (which is the equivalent of 6,000 kegs). If Jessen could add two 80 barrel fermenters, he could do 7,000 barrels a year. Doing the math, Jessen knew if Bonfire Brewing could surpass their current 3,000 barrel mark, that’s when they could start making money.

As you’d expect, the tanks came with a hefty price tag. Jessen couldn’t pay cash and didn’t want to tap his investors. He knew it was time to look for a small business loan.

Reading the New York Times one day, he saw a mention of Fundera. “Banks are only giving money to people who have it. I tried to go to the banks, I have friends that work there that want our business. But they go through the process and then they can’t help you. That route didn’t work for us. So I loved the idea of Fundera, how you could complete one application and get many options.”

After visiting Fundera, Jessen was connected with one of Fundera’s equipment lenders, Balboa Capital. With Balboa, though, they couldn’t get a loan until the lender had a chance to inspect the tanks. As the tanks were located in China, that proved quite impossible.

Jessen turned to his family for help. They provided Jessen a loan to get the tanks to the US, allowing Balboa to, in turn, inspect the equipment. Yes, there was no guarantee that Balboa would finance the equipment. Jessen took a gamble but knew it was worth it, given what the increased capacity could do for his business. In the end, it was all a success. Jessen got both the tanks and the money to pay back his family.

Investing in his business is exactly what Jessen did—and did successfully. Jessen’s loan payments come out to about $5,000 per quarter. To cover the cost, Bonfire only needs to brew 10 extra barrels a month. That’s right, 10 extra barrels a month. By adding the two fermenters, he can increase his production capacity of 250 barrels a month to approximately 583 barrels per month. Needless to say, this investment not only paid for itself—it helped push Jessen and Bonfire Brewing over the cash flow hump. 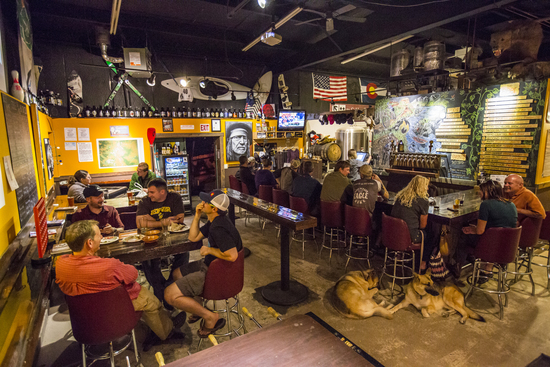 Coming Out on Top

Next on Bonfire Brewing’s list is increasing product distribution—but it won’t be easy. “Everyone wants to do distribution but shelf space and draft lines are limited. It is easier on a local level, but if you want to go state or nationwide, you have to be prepared to work really hard for less return. We’re always going to be running against bigger breweries’ cheaper products and larger marketing budgets,” says Jessen.

Bonfire Brewing wants to stay in-state with their distribution, climbing to the top in Colorado. “I want to become one of the top 10 craft breweries in Colorado. We’re just outside the top 20 now, and if we’re able to max out our new capacity, that’ll help push us up the list.”

In the Vail Valley, it’s expensive to live. There aren’t a lot of jobs. Jessen and his partner launched Bonfire Brewing to make their own jobs; to create the life in the Valley they wanted. “Having this brewery… Growing this brewery… It is giving me the life and this ‘mountain’ lifestyle I may not have been able to sustain otherwise.” For Jessen, his business not only is his passion—it fuels his passion. 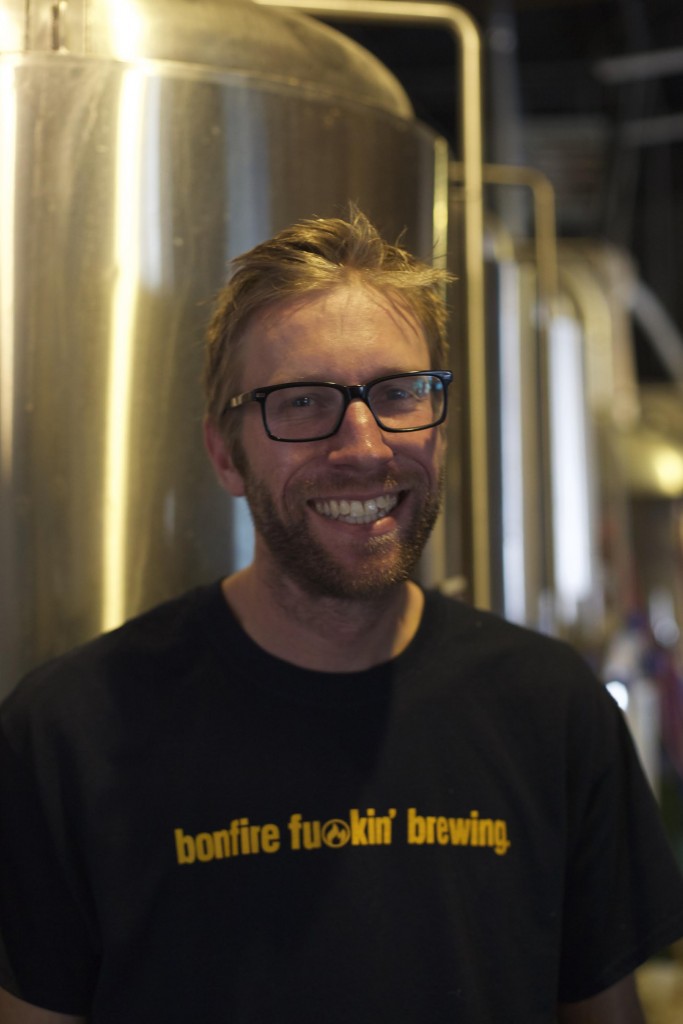 A big thank you to Andy and his team for telling their story (and the great photos)!