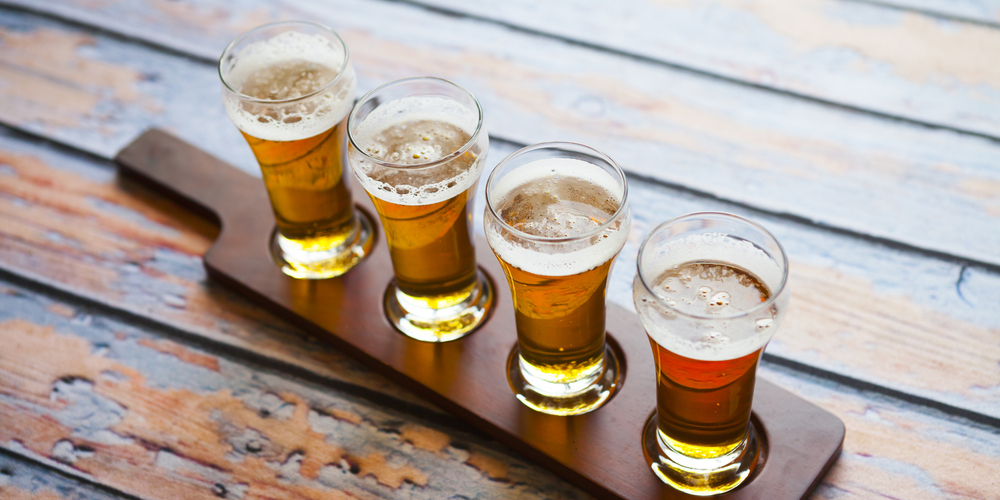 Scott Koons is a man of many passions. After serving in the Air Force, he decided to head to Princeton to get a Masters in Theology. But after finishing his studies, he was right back to Colorado, leaving theology behind and, instead, scratching the entrepreneurial itch he couldn’t quite kick.

Koons’s varied interests come from his deeply curious nature, so it should come as no surprise that his first venture was ahead of its time.

He decided to launch a video streaming company… Before there was video streaming. Thanks to his foresight, Koons’s first foray into entrepreneurship turned out to be a wild success. More and more people were interested in video streaming, but they just didn’t know how to do it. In 2006, his first venture was acquired by a company based out of Atlanta, and Koons continued to work under the parent company’s umbrella. But after a year and a half of traveling to Atlanta every other week, he felt that things just didn’t make sense for him anymore.

What would Koons do next?

Building Something from Nothing

Real estate had always been one of Koons’s many interests, so he figured that becoming a real estate agent might be the right next step.

Why then? The simple answer: he just wanted to learn more about it. And once Koons had his bearings, “My dad and I decided to develop something.”

Koons continues: “We went to the city planner, talked through some options, and realized there was a real opportunity for a brew pub.” But Koons knew nothing about restaurants at the time—so he started researching and, by 2008, was ready to raise funds for the project. Within 2 years, Koons and his father had built a freestanding building for their restaurant in Colorado Springs and opened doors to Colorado Mountain Brewery in 2010.

Of course, it wasn’t as easy as it sounds. “The biggest challenge out of the gate was raising funds. We had no restaurant experience. It was the middle of the recession. So just asking people for money was a challenge.”

But in the end, Koons and his father were successful in getting the venture off the ground. Despite its neighborhood suffering during the recession, the restaurant stayed alive—and thrived. So much so, in fact, that the duo was able to open a 2nd location in Colorado Springs in 2012.

Battling against the stress of the recession and coming out on top is an incredible sign for any young business—but that doesn’t mean they came out of the recession without scars. “Because we started out in the recession, we certainly fell down and scraped our knees a few times. Generating revenue is not and never has been a problem. But sometimes cash flow can be.”

With aspirations to expand both of his locations, Koons knew he needed some outside capital to achieve his growth goals. Working with a bank, however, was proving to take much more time that he had. Koons was bankable—he had the credit and financial history to most likely secure a bank loan—but he didn’t necessarily have the time to wait for as long as the bank needed him to. They moved far too slow.

Koons was reading Fortune magazine one day when he stumbled on a mention of Fundera. His characteristic curiosity piqued, he started doing his research and ended up connecting with Senior Loan Specialist, Manny Sevillano.

“I thought the only option when you needed money quickly was loan sharks. But then I found Fundera—the perfect middleman if you’re waiting on the bank.”

Sevillano and Koons worked together to get him two large term loans (one for each of his locations) at an affordable price with a medium-term lender, Bond Street. Koons got the cash he needed to execute on his expansion plans, and then a month later, he was able to refinance his Bond Street loans with a bank loan.

Koons is living proof that if your business is “bankable” but you need cash fast, there are options besides settling with a high-cost loan. By getting the fastest and most affordable funding available, then quickly refinancing his debt, Koons got the best of both worlds. He shows how alternative lending can help business owners who can and should get commercial bridge loans could help bridge the timing gap.

Stewards to Their Patrons

With his cash flow stabilized, Koons is ready to iron out the other challenges facing his business.

For starters, something any restaurant can relate to is ever-changing nature of the industry. “Most employees don’t want to be waitresses or dish boys for life. It’s a part-time gig, a very ‘period of my life’ type experience,” says Koons. Some employees don’t take the work as seriously as one might at a full-time gig, so the challenge of keeping the staff motivated, wanting to stay on board and be part of the industry, is never-ending for Koons.

Similarly, the unpredictably that comes with the territory can be taxing. “A snowstorm can really affect us. We still have to rent to pay, utilities to pay, and more. If people aren’t coming in, those costs don’t stop.” And if vendor prices change, the restaurant can’t just up their prices to compensate. “Just because the price of tomatoes went up, or something like that, we can’t just change pricing. It can make for very thin margins,” Koons adds.

The definition of a successful serial entrepreneur, Koons still faces the same challenges as any small business owner. Luckily, Koons’s natural inclinations for creativity and curiosity let him keep attacking problems with effective solutions, no matter the challenge.

Today, Koons’s main focus is to create the absolute best dining experience possible for his patrons. “We’re stewards of the restaurant, and that’s what matters most.”