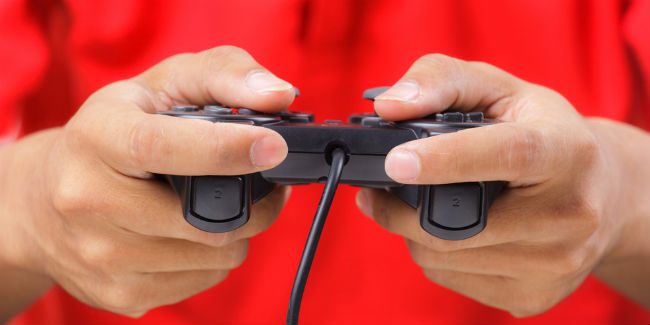 After developing video games for over 12 years and working for game-giants like Microsoft and Sony in every possible capacity (program manager, community manager and more), Charles Cox got bit by the “entrepreneurial” bug and set out to start his own video game design company, 4gency, in December 2011.

Cox has been building video games with whatever he could since he was just a boy. So, needless to stay, his desire to start building his very own company that serviced his life-long passion was no surprise to those closest to him.

Charles started his entrepreneurial career moonlighting while also working full-time at Microsoft. He soon discovered how difficult it was to grow his company while giving 40-50 hours of himself elsewhere every week.

Knowing deep-down that he wasn’t doing everything he could to get his games noticed, he officially stepped out on his own in September 2013, starting full-time as an entrepreneur, cashing out his retirement and investing everything he had to take 4gency to the next level.

With all hands now on deck, it was time for Cox to get scrappy. He bootstrapped everything and built the game he had been conceiving for years. Within no time, things quickly began taking off.

Once Cox was able to premiere the first version of his game in front of the community, he was able to raise $64,000 on Kickstarter and land a publishing agreement. Thanks to this incredible reception, Cox was able to fully build out Habitat 2 months later and rapidly launch a paid beta version in July of this year.

In order to ride the wave of this initial success, Cox and co. needed to move fast. They were pushing towards a final release for the computer and looking to launch with Xbox and Playstation versions. To meet these goals, 4gency needed gap financing. Although they were making money with the game’s early adopters, they weren’t bringing in quite enough to reach these goals.

“It became top of mind that we needed to find funding”, says Cox. “I knew all our data, our projections, our gaps, etc. We had 45 days to figure out how to close the gap.”

That’s when Charles Cox discovered Fundera. Right away, he sensed it would be a great channel to assess what small business loan options were available to his business. Cox decided to proceed forward with Fundera to find his gap financing.

Given his short timeline, Cox was impressed with how easy the process was. He was able to quickly see his options and get offers from lenders. Throughout the process, Cox was most surprised by the personal touch Fundera provided. And, it was that personal touch that helped Charles Cox find the best financing solution for his business…which wasn’t with Fundera.

As Charles says, “The personal touch was above and beyond. I didn’t expect someone to talk to me, to take that personal interest. My customer success rep was genuinely interested in me, my business and where we were.”

When Cox received an offer from one of Fundera’s lenders, the terms showed that Cox would need to put up his general business assets in order to collateralize the loan. Since 4gency is a video game design company, that would mean its intellectual property. Given how valuable intellectual property is, Fundera told Cox outright that they didn’t think the loan was worth it, considering what would be put on the line. In turn, Cox and his customer success advocate discussed other ways he could find his gap financing.

Ultimately, Charles received a very agreeable loan from a mentor that had great terms with late payback, but also served as a vote of confidence for what 4gency is aiming to accomplish.

“Fundera was there to help me decide what was the right option, beyond just the options on their marketplace,” remarks Cox. Cox stumbled on one of the most unique features of Fundera: we’re here to consult about all your financing options, not just the ones in our marketplace.

With the working capital he needed now in hand, Cox is determined to continue perfecting and introducing new audiences to the game he’s been conceiving for years.

To learn more about Charles Cox’s entrepreneurial adventures, check out these great resources: