Headwraps and Heritage: How 2 Sisters Built an Online Fashion Brand 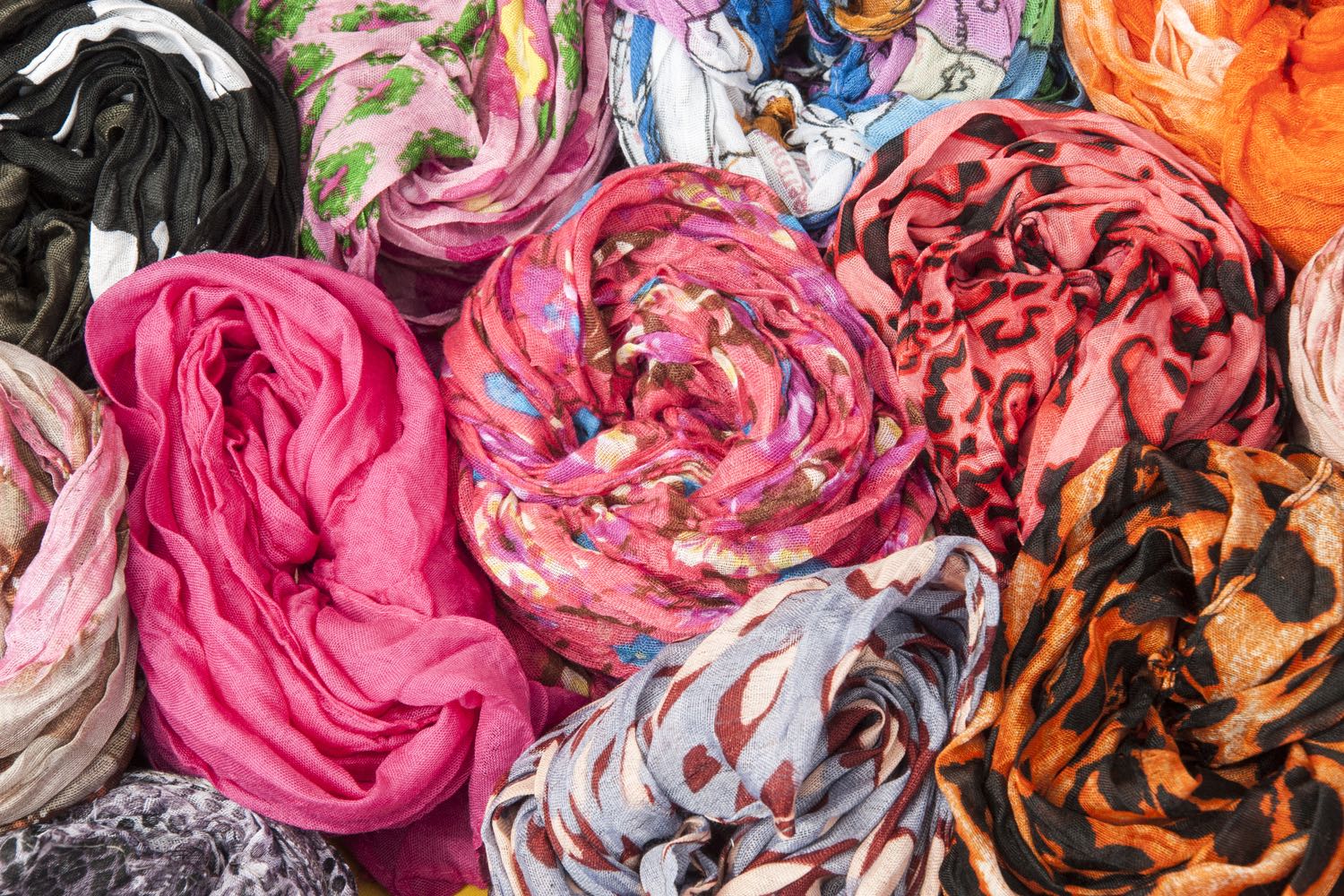 When you wear something from fashion company Cee Cee’s Closet, its founders want you to feel stylish, confident, and deeply rooted. That last part is especially important, given that Cee Cee’s Closet was started by two Nigerian immigrants who source all their products from their home country.

“We wanted to create a product that has a meaningful connection for the African diaspora,” says Chioma Ngwudo, who started Cee Cee’s Closet with her sister Uchenna (“Chenny” for short) in 2015. “It’s about looking good while feeling truly secure in who you are.”

Today, Cee Cee’s Closet generates upward of $40,000 per month through online sales of its products—particularly its colorfully patterned headwraps.

Here’s how the Ngwudo sisters were able to lean into their heritage to build a successful clothing business. 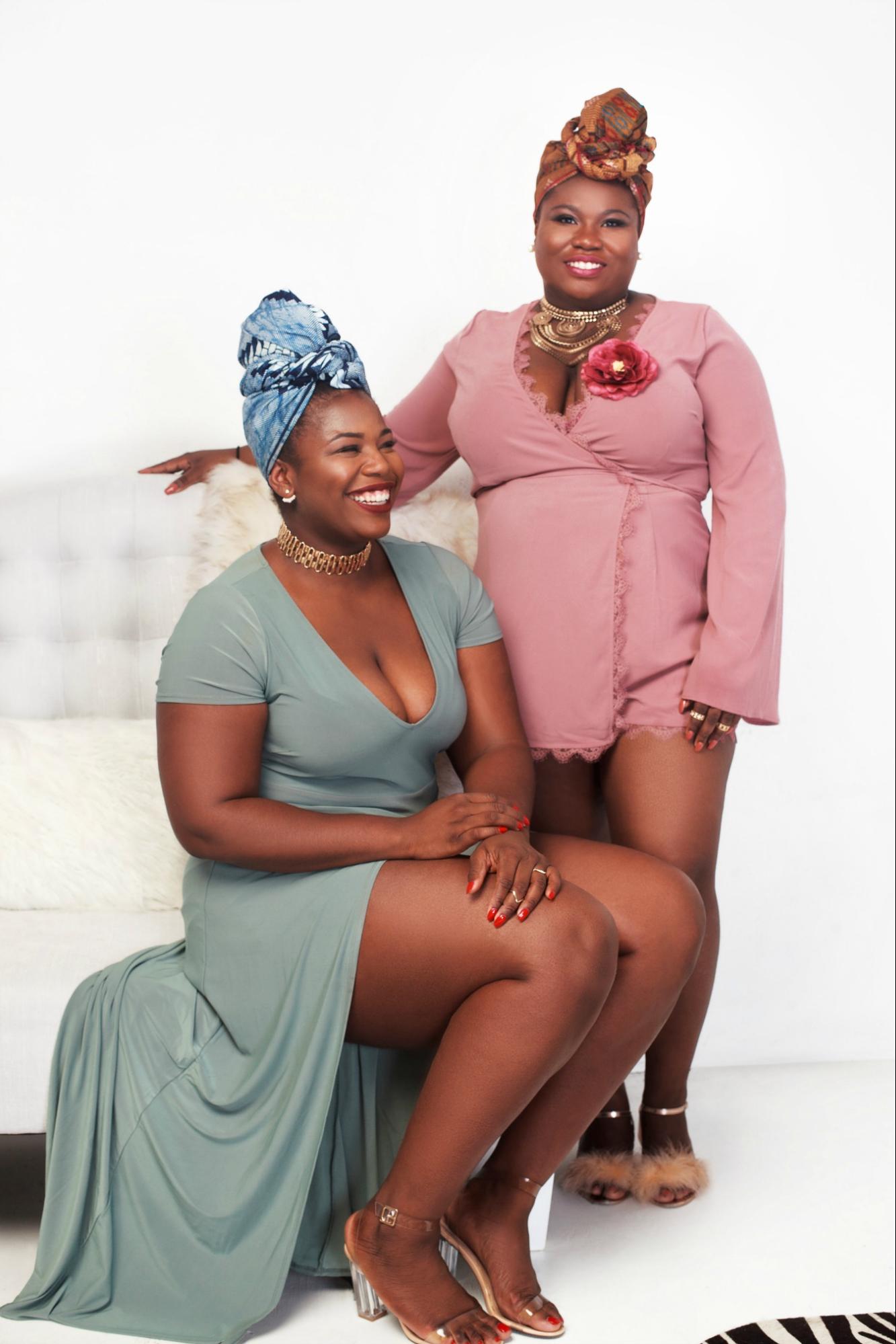 How to Dodge a Bad Hair Day

But while it grew, she wanted a way to protect it that still made her feel confident—so she started wearing a headwrap.

“When I saw her in that headwrap, a lightbulb went off for me,” Chioma says. “So I came to her with a little business proposal.”

Chioma, who worked in private equity, had recently started a side hustle selling handbags online made from Nigerian-sourced fabrics. She found the vendors through family connections in Lagos. Given that headwraps are traditional attire in Nigeria, Chioma felt they would be a perfect fit for her business—and she wanted her sister’s help.

“My sister is the most stylish person I know, so who better to go into business with?” Chioma says.

Chenny agreed to be Chioma’s business partner, and soon after the duo traveled home to Nigeria to search for prints and fabrics from which they could make their headwraps.

“The great thing about sourcing our product directly from Nigeria is that we can find vibrant prints and colors you can’t get elsewhere,” Chioma says. “Even more importantly, we’re minimizing waste and having a positive economic impact in Africa.”

Chioma and Chenny returned from Nigeria with a network of tailors ready to produce their product. Chenny became a partner in Chioma’s LLC, they set up a Shopify website, opened an office in Brooklyn, and relaunched the business under a name that represents their partnership: Cee Cee’s Closet.

Chenny and Chioma deduced their target market to be highly educated women between the ages of 26-45 who are “expressive with their style.”

But even within this demographic, head wrapping isn’t exactly mainstream. So the two sisters set out to change that via social media marketing. Chenny, who Chioma admits is the more creative of the two, hired models and professional photographers to do photoshoots and then posted the photos on their company Instagram page.

But the sisters knew that creating a high-quality product and showing it off online wasn’t enough to generate interest. When it comes to selling a niche product online, there’s also the challenge of education and trust.

To address those issues, Chenny posted instructional videos showing viewers how to tie a head wrap and the different ways in which you could style it.

“Head wrapping can be a bit intimidating because the styles are so complex,” Chioma says. “Our instructional videos serve to make it more approachable for our customers.”

They also started doing pop-up shops and participating in open markets around Brooklyn to show that they were a legitimate business. Chenny would then post photos of customers purchasing their product in person and share them online.

“The big conundrum of ecommerce is that you need customers to get customers,” Chioma says. “So in those early days doing pop-up shops and shows was extremely beneficial because it showed that we were a safe business to buy from.”

The sisters also employed tactics beyond social media to generate awareness and grow sales. For instance, they offered rewards to customers who would post on social media about their products. They also invested in creating content around topics that are relevant to their brand. For example, they recently shared a post on their blog about what to pack for Afrochella—a festival in Ghana billed as a “celebration of African culture.” Other blog posts focus on how to prepare popular African meals, the history of African waist beads, and how to style a head wrap for short hair.

Overall, Chioma says the most important part of marketing an online brand is to make everything look as professional as possible.

“Having polished images and a professional-looking website helps build trust with your customers,” Chioma says. “So when people come to Cee Cee’s Closet we want them to feel like the styles we offer are attainable for them, and we also want them to feel comfortable buying from us.”

Their strategy has worked: Cee Cee’s Closet generates upward of 250 sales per month via online orders from their Shopify website, Amazon store, and Shop Essence store.

This success allowed Chioma and Chenny to quit their day jobs and focus on Cee Cee’s Closet full time.

“Once we were confident there was a market we could serve we were ready to commit full time,” Chioma says. “Now I feel extremely fulfilled and excited by what I’m working on every day.”

Building out Their Closet

Every morning, Chioma and Chenny meet at their office in the Bedford-Stuyvesant neighborhood of Brooklyn to begin the workday. Chenny focuses on creative and operations, and Chioma’s role is sales and customer service.

Chioma likes to start most workdays by checking her email and making sure there are no fires that need putting out. She’ll then confer with Chenny on the top priorities for the day, as well as the week. Around this time their employees will start to trickle in—Cee Cee’s Closet employs two full-time employees and four part-time employees to work on inventory and fulfillment.

“We always have a new marketing video, blog, or social media post we are working on at any given time,” Chioma says. “But the most work-intensive aspect is managing inventory and fulfilling all the orders we get.”

Chioma is in constant contact with the tailors Cee Cee’s Closet works with in Nigeria to produce their products. The company imports a variety of different kinds of inventory, including cotton, silk, satin, and patent leather headwraps, as well as shorts, skirts, tops, pants, dresses, jewelry, hats, handbags, and waist beads—all of which the sisters design themselves.

Importing custom products like these requires a lot of work. With every new order, Chioma is sourcing raw materials and overseeing quality control and inspection. But Chioma says the most difficult aspect of managing inventory is making sure you have enough to match demand.

“We want to make sure we have as little dead inventory as possible sucking up money,” Chioma says. “So as a small business we need to understand our customers’ tastes so we can always carry whatever they’re looking for.”

When it comes to fulfillment, Cee Cee’s Closet picks, packs, and ships all orders directly from their Brooklyn office.

It’s a lot of work, but Chioma isn’t complaining.

“I think what makes running your own business so fulfilling is that success or failure starts and ends with you,” she says. “You have complete control over your day but you need to make sure you are spending that time wisely. It can be stressful, but being able to bring an idea to life and have a positive impact makes it worth it.”

Getting Help With a New Product Line

Another work-intensive aspect of running a fashion brand is developing and launching new products to keep up with changing styles and tastes.

Earlier this year, Chioma and Chenny wanted to start selling silk and satin headwraps. Previous experience had taught them that, when launching a new product line, you want to start off with strong cash flow to cover unforeseen expenses.

So Cee Cee’s Closet turned to Fundera for an injection of capital. They filled out an application online and were quickly connected with senior loan specialist Foresk Sisk. In a matter of days Forest was able to help Cee Cee’s Closet acquire a $54,000 line of credit from Kabbage.

“Forest made the whole experience very easy and straightforward,” Chioma says. “By the end of the process I didn’t have any lingering questions. Overall it was a very positive experience.”

The lessons Chioma and Chenny have learned since launching Cee Cee’s Closet are too numerous to count.

“In order to run our business effectively, we had no choice but to learn all these new skills,” Chioma says. “This whole time we’ve really been flying by the seat of our pants. But it’s worked because we are humble and not afraid to ask for help. We ask questions to people who are smarter than us, seek out mentors, and listen to podcasts to grow our knowledge.”

The best piece of advice Chioma has picked up?

“You need to use data to drive your decisions or you will end up broke,” she says. “Make sure you are paying attention to what is driving your traffic and sales, especially if you’re an ecommerce business. Paying attention to these less sexy aspects of your business really makes all the difference.”

Cee Cee’s Closet currently generates six figures in revenue on a yearly basis. The Ngwudo sisters hope to grow that to seven figures soon. Another goal is to open up a brick-and-mortar flagship location so that customers can shop in person.

“We have customers all over the world and they want to be able to see all our beautiful products up close,” Chioma says. “A large retail shop isn’t really feasible in today’s world, but a boutique where we could effectively showcase our brand would be very exciting.”

Chioma and Chenny are confident they’ll continue to see success, as long as they stick to their brand identity.

“We will make products that match our creative eye and that we feel proud of,” Chioma says. “Our brand is bold, confident, empowering, and a positive representation of black women in the United States and diaspora.”