This Entrepreneur Built a Business Using Coffee and Compassion 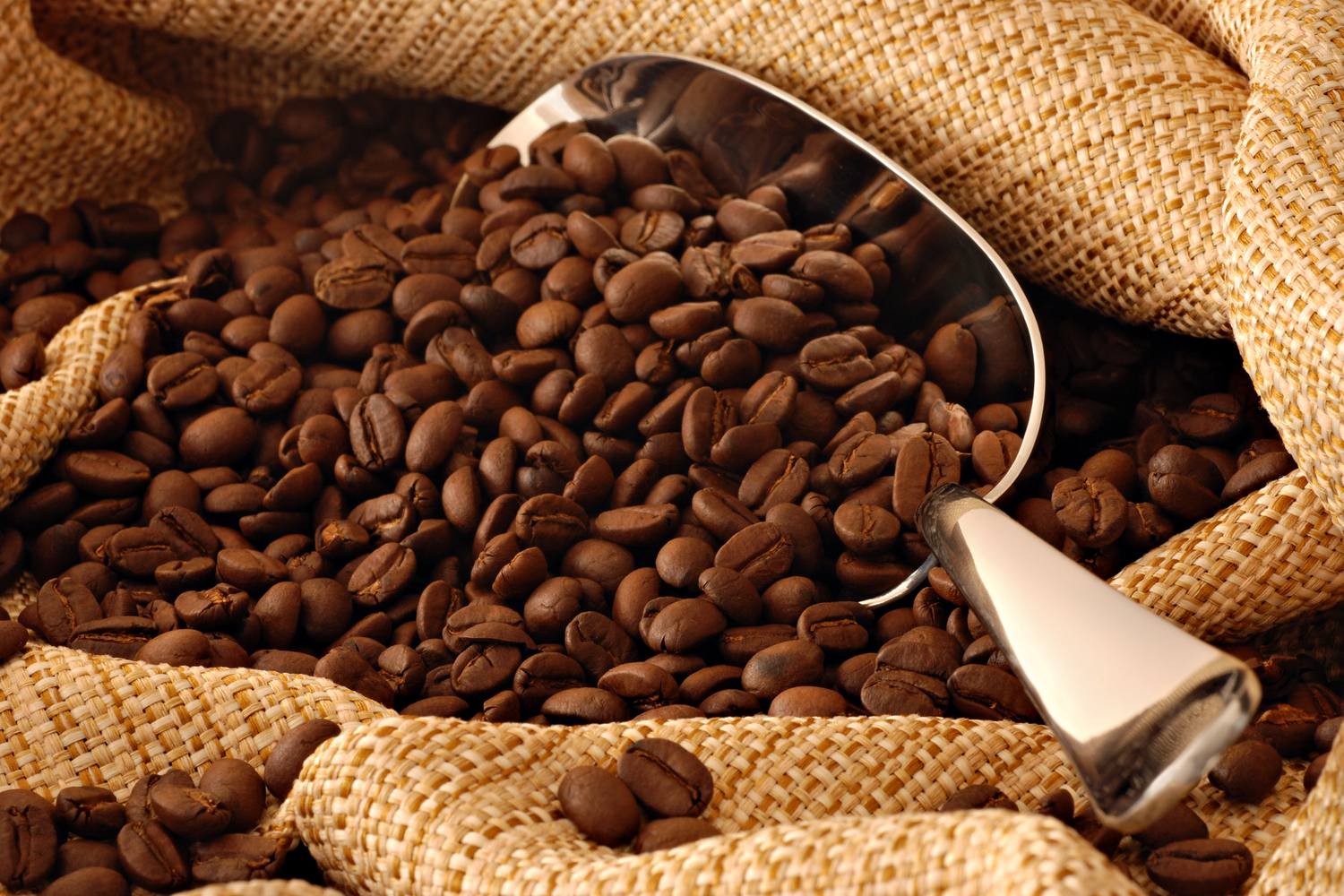 Nicaragua has long held a special place in Melissa Brown’s heart. In 2001, her parents moved down to Nicaragua from their native North Carolina to launch a nonprofit after Hurricane Mitch devastated the region. They had planned to stay for only a few years, but ended up falling in love with the country.

Brown spent much of her adult life going down to Nicaragua to visit her parents and help out at their nonprofit—New Song Mission. In 2012 she was planning a permanent move down to Nicaragua with her husband and son before a medical issue made the arrangement untenable. Instead, they decided to take a family vacation that would change the course of Brown’s life.

“While we were there we took a coffee farm tour and I had this lightbulb moment,” Brown says. “I turned to my husband, Jon, and told him I had figured out a way to serve Nicaragua and my parent’s mission by importing coffee and selling it back home.”

On the flight back she wrote a business plan on a cocktail napkin. Six weeks later she quit her six-figure job at a pharmaceuticals company and incorporated Well-Bean Coffee. 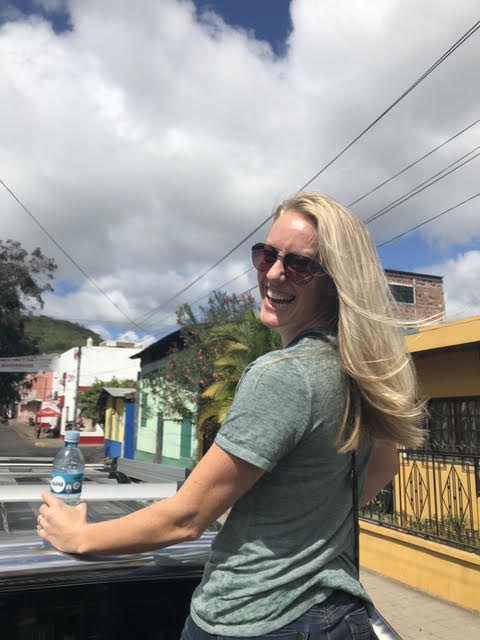 Before leaving Nicaragua, Brown had worked out an arrangement with a local coffee farmer to import directly from him. She hired a coffee roaster and set up a coffee cart on the campus of Southeastern Baptist Theological Seminary in Wake Forest, North Carolina.

It was a failure.

She decided to pivot and set up a coffee booth in town where motorists could drive right up and buy a cup of coffee. That didn’t work, either.

“I felt like those two ventures were my business school,” says Brown, who attended Liberty University and studied exercise science. “I lost a lot of money, but I learned a ton about coffee and I got my name out there a little bit.”

While operating the drive-through, several customers had asked her if she delivered her coffee to offices. This gave her a new idea—to become an office coffee service (OCS) operator.

“There were a ton of coffee roasters in the area that delivered directly to restaurants and cafes, but not many did corporate,” Brown says. “I felt like I had found a niche market.”

Brown set up a home office and began searching for coffee clients. Her first break came in 2015 when Southeastern Baptist Theological Seminary agreed to buy her coffee. She was then connected to the company Burt’s Bees through an old personal training client. Burt’s was looking for something called “bean-to-cup” service. Bean-to-cup machines are coffee machines that have built-in grinders, meaning all the user has to do is add beans and the machine will heat the water and dispense the coffee at the press of a button.

Brown worked for three months, finding a bean-to-cup distributor and preparing a quote that factored in the cost of supplying Burt’s with a continuous supply of beans as well as bean-to-cup machines. But, in the end, a competitor undercut her pricing and she missed out on the account.

“I was really mad, but I used it as a learning experience,” Brown says. “I realized that nobody liked to use K-cups because they are bad for the environment, yet offices still want the convenience of a single-cup coffee system.”

With that in mind, Brown began to rework her business plan. Then she caught a lucky break. 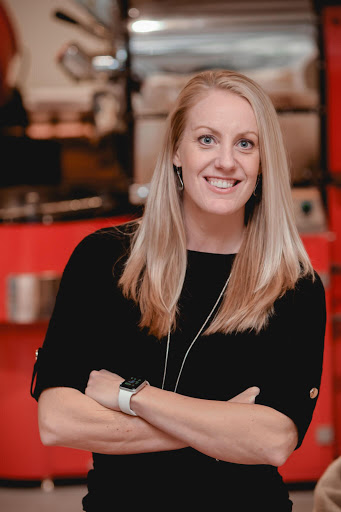 The supplier Brown had partnered with to buy her bean-to-cup coffee machines was a company called de Jong DUKE. She says she secured the partnership by calling the company and pretending to be a much bigger OCS operator than she truly was. She then bought several machines from de Jong (at $5,000 apiece) and, in turn, they referred her to a new client.

The client was a large business in Raleigh called Truven Health Analytics. Brown pitched them on her bean-to-cup coffee system and directly sourced Nicaraguan coffee beans. They signed on and became Well-Bean’s first major account.

“That was such a big turning point,” Brown recalls. “I had been working for four years without a salary because I was reinvesting every cent back into the business and this felt like my first big break.”

She tacked on a handful of additional clients, opened her own roastery, and was able to grow revenue from $100,000 in 2015 to $300,000 in 2016. But as she grew, she realized she needed to offer additional services in order to sustain her success.

“One of the ways these large, higher-end companies are trying to recruit top talent is by pumping money into the break room because it is a great fringe benefit,” Brown says. “So they’re looking for operators who can supply them with everything from great coffee to beef jerky. If I was going to visit their office every week to deliver beans, I might as well try to maximize my sales by offering other products as well.”

If you look on the Well-Bean website today, you’ll see they sell a lot more than just coffee. Through Well-Bean, you can also stock your office with snacks and soft drinks, teas, fruits and vegetables, sandwiches, kombucha, cold brew, kegerators, water and ice machines, and even micro markets—small convenience stores inside of large offices. When you partner with Well-Bean, they also assume responsibility for keeping your office stocked with supplies and maintaining your coffee and ice machines.

“We basically went from being a corporate coffee company in 2016 to a full break room management-service-slash-coffee-roaster in 2019,” Brown says. “These companies want to make their break rooms bougie and I am just capitalizing on that need.”

Going from a coffee company to a break room management service requires quite a bit of capital—there are more distributors to pay, higher inventory turnover, more accounts receivable, and more coffee to roast. Because of these factors, earlier this year Brown went looking for financing. 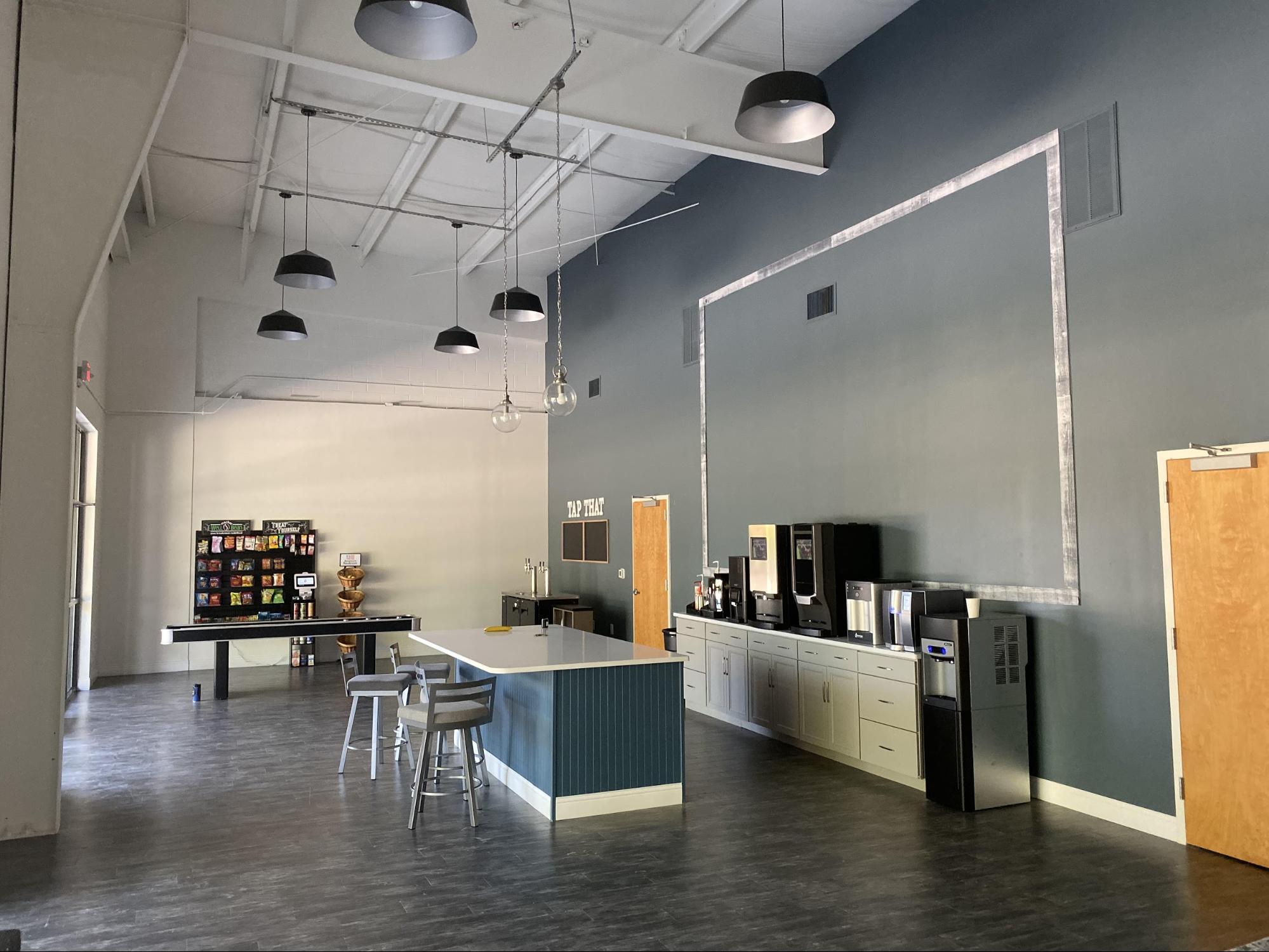 By the spring of 2019, Brown says she was staring down the barrel of a “caffeine crisis”—not having enough coffee to supply to her clients. She knew she needed to build out her roastery, including purchasing a 60-kilo roaster (capable of roasting 118 pounds of coffee every 15 minutes). So she reached out to her bank about doing an SBA loan.

“I started the process with my bank and I asked them for a quick turnaround, but it just kept dragging on and on,” Brown says. “Meanwhile I had already started construction on my roastery, and I had contractors I needed to pay.”

Just as she was in need of capital most, she got a call from Eva Rajbhandari—a senior loan specialist at Fundera. Brown and Rajbhandari had spoken several months earlier about a loan. At the time, Brown wasn’t sure how big of a loan she wanted to take out. Now, she knew exactly what she needed.

“When I got that call from Eva, it was the most perfect timing,” Brown recalls. “I sent over everything she needed and I literally had approval within a matter of days.”

Brown ended up receiving a five-year Funding Circle term loan with a low interest rate of 8.99%.

“She worked with me, and knew my timetable, and brought another great option to the table,” Brown says. “We even discussed doing an SBA loan in the future and refinancing. Overall, it’s been a great experience.” 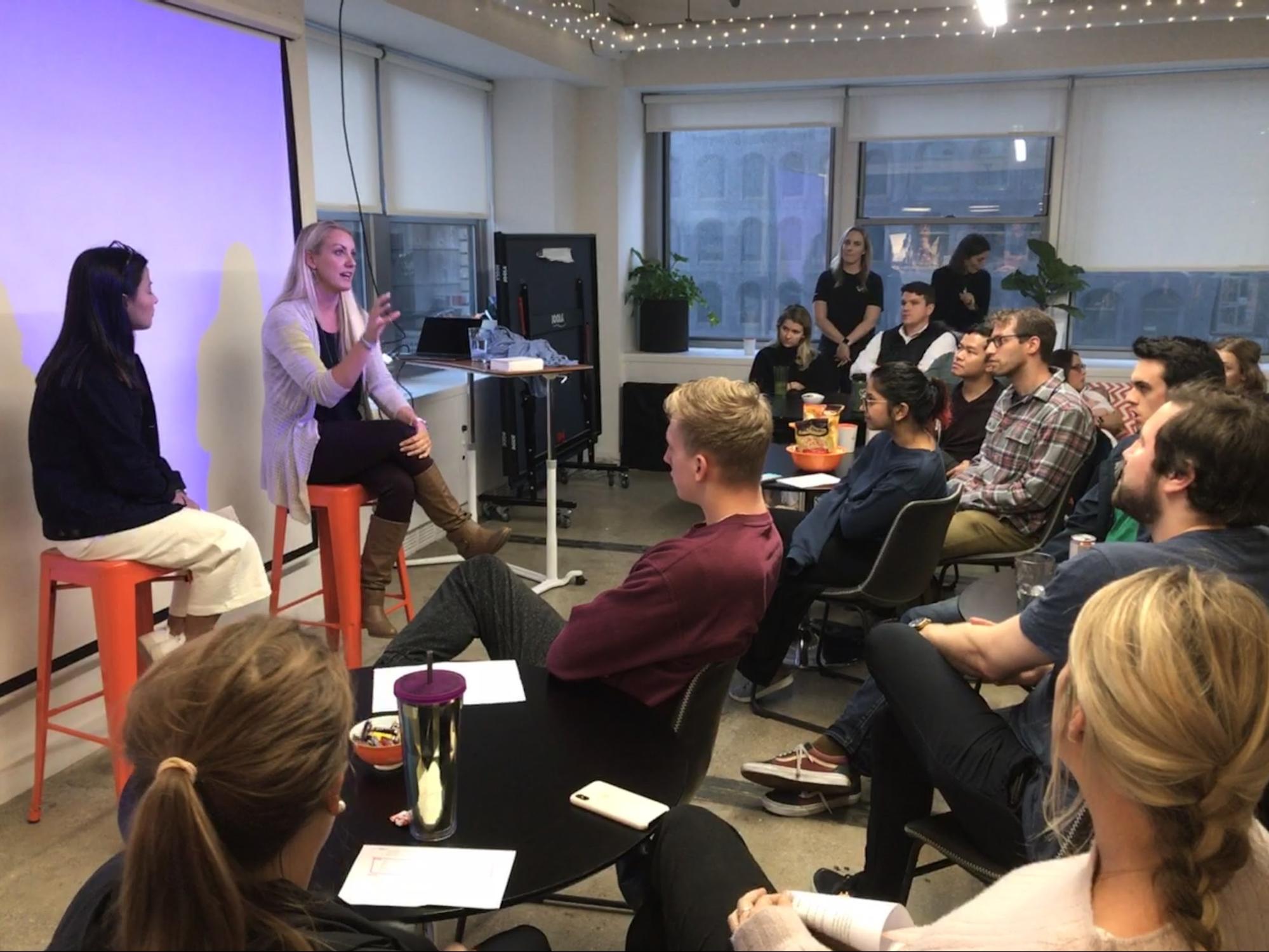 With the work on Well-Bean’s roastery complete, Brown says her team can now roast over 1 million pounds of beans each year. Brown also took part of her loan to invest in Well-Bean’s cold brew development, as well as hire more tech and sales staff (Well-Bean’s headcount is now 20). The sales staff will be responsible for expanding Well-Bean’s business beyond the Raleigh-Durham area.

“We’ve had other OCS operators who we’ve met at trade shows who want to use our bean-to-cup program in their markets,” Brown says. “This is a way for us to expand our business without having to move into new markets ourselves. They’ll buy our coffee and machines, and we’ll train them on how they work and then they’ll go find clients in their cities.”

And of course, the more Well-Bean grows, the more they are able to donate to the New Song Mission, and the more business they can give to the farmers they work with in Nicaragua.

“Most of these farmers live on their farms with their families year round because growing coffee is a 12-hour a day, seven-day a week process,” Brown explains. “With the business we have given them, the farm we work with has been able to build a school and a pharmacy and treat their workers much better. This is why direct trade is so important—it allows farmers to keep all their profit, rather than having to pay off a third-party broker.”

Well-Bean currently imports beans from 11 different countries, but only does direct trade with Nicaragua. As the business continues to scale, Brown hopes to cut out the brokers entirely and do business directly with the farmers who grow the beans.

From a Coffee Cart to a National Enterprise

Reflecting on the past seven years, Brown is proud of how far she’s come.

“It has been the best and worst thing I’ve ever done in my life,” Brown says. “I spent all my money, went into debt, and worked insane hours. It affected my family and my health, and made me feel like, at times, I was going insane. But even still, there was never any question about quitting.”

This year, Well-Bean coffee is projected to do $2.5 million in sales, and Brown’s national expansion plans have put Well-Bean coffee into offices as far away as New York and Chicago. Once she builds up the OCS business, Brown says she plans to sell it and focus solely on roasting.

For those interested in following in Brown’s footsteps, she has a few words of advice:

“People say they want to own their own business so they can create their own schedule and have more time for leisure—that is a complete joke,” Brown says. “For four years I worked 24/7. Now, I can live a more balanced life because I have employees, but in order to be successful you still need to work your butt off.”

Even still, Brown has no regrets. “Outside of raising my kids, this has been the most fulfilling thing I’ve done in my life.”