Why This Lawyer Chose Ecommerce Over a 9-to-5 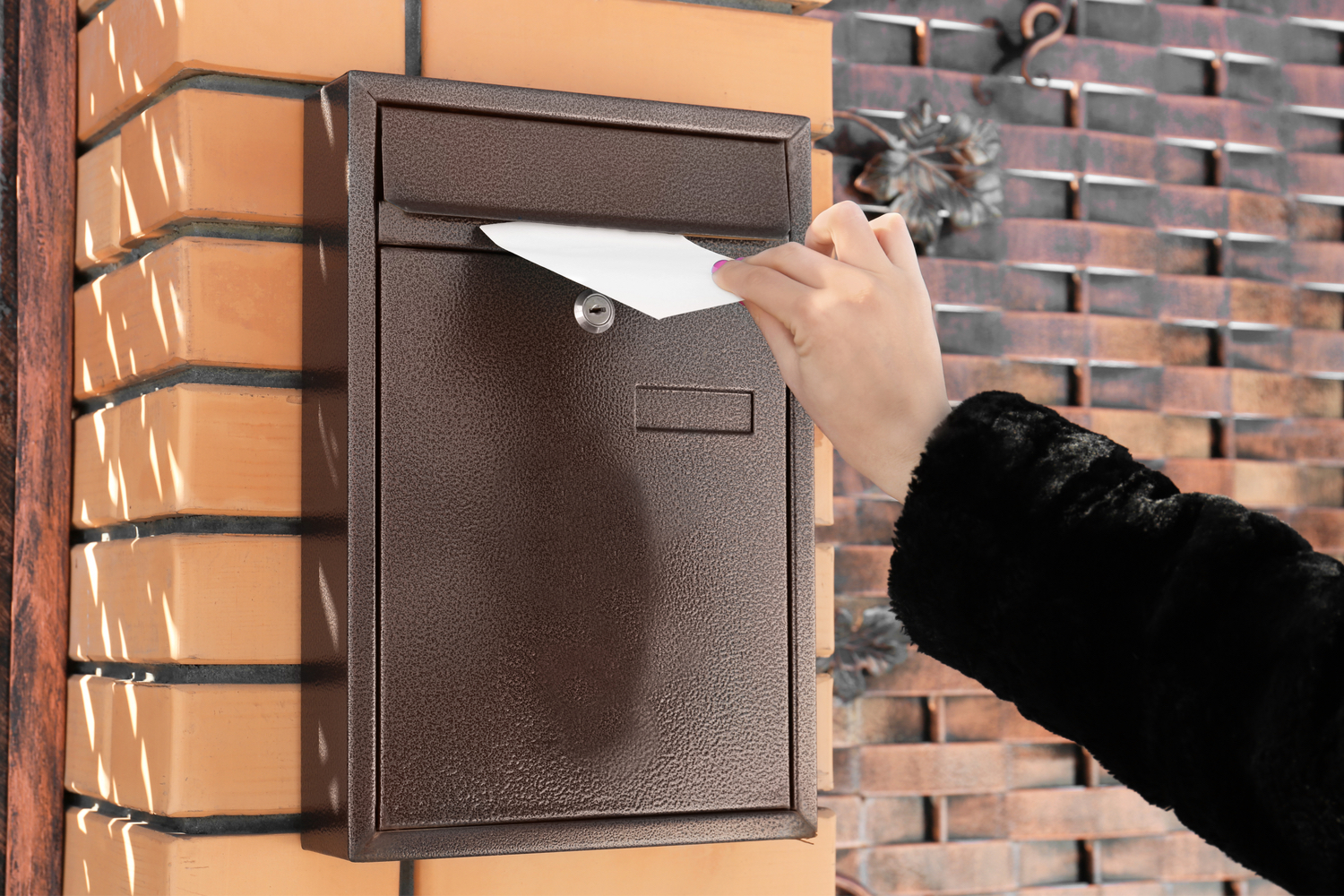 Paul Bolonik had a choice between two different paths. The first choice was to leverage his law degree and experience working in the Brooklyn district attorney’s office to have a fairly traditional career as a lawyer. The second was to use his law experience to become an ecommerce entrepreneur who sells custom mailboxes on Amazon.

“Because I come from Brooklyn, my mentality has always been to hustle and make money,” says Bolonik, who was raised in the Brooklyn neighborhood of Sheepshead Bay. “That makes ecommerce the perfect business for me. You’re free to be your own boss and make your own schedule and you only get out of it what you put in.”

Bolonik’s hustler mentality has helped him grow his mailbox ecommerce store—named PeelCo—into a business that generates thousands of dollars in revenue on Amazon each month.

Here’s the story of how he did it. 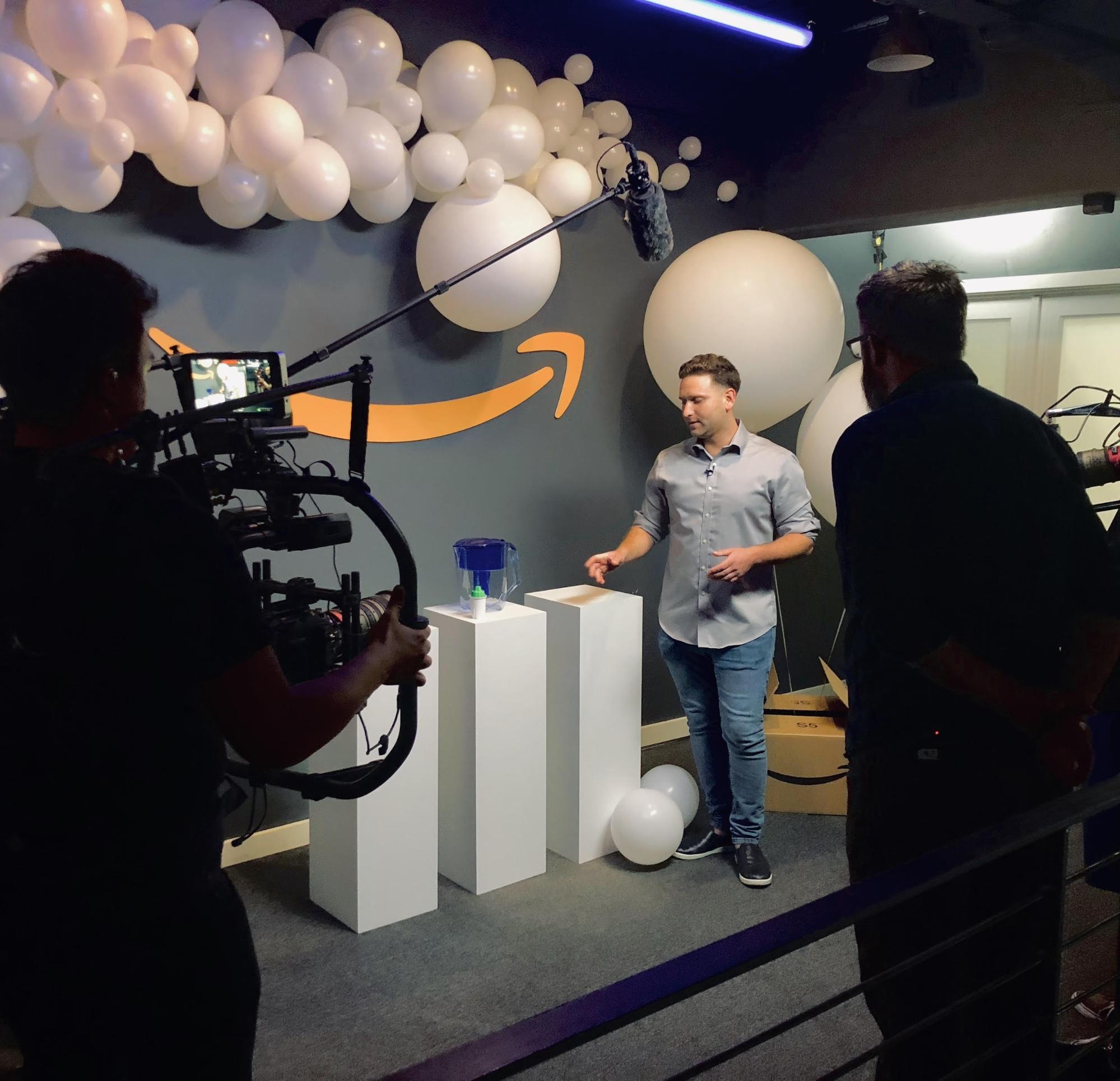 Bolonik didn’t think too hard about becoming a lawyer.

“My parents pushed me,” Bolonik says. “Plus, it looked like a cool job on TV. You get to yell at people and maybe you win some cases.”

The plan worked out well enough in the beginning. Bolonik went to Fordham University for undergrad then graduated from Brooklyn Law School in 2013. He was admitted to the New York State bar in 2015, and went on to work as an assistant district attorney in the Brooklyn District Attorney’s Office. However, he soon realized that working as a public servant didn’t give him the freedom he was looking for in his career.

During this time, Bolonik was also operating his Amazon store PeelCo. The name dates back to an eBay store he had launched in high school that sold stickers (because you “peel” off stickers). He had maintained his ecommerce side hustle throughout college and law school, transitioning from stickers to kitchen wares, soap dispensers, knives, and anything else he could get his hands on—most products imported from China.

He says he was originally attracted to the novelty of ecommerce.

“When I first learned about eBay, I was very attracted to the idea that you don’t need to have a physical store to be selling products all around the world,” Bolonik says. “Back then ecommerce was the Wild West. I would just throw up a sticker and people would buy it after looking at one picture.”

He left the district attorney’s office after a year and got a job as the in-house legal counsel for the clothing retailer Rainbow. While there, Bolonik says he met a mentor who taught him a lot about business. After two years at Rainbow, he decided to leave and open his own law firm that specializes in real estate and corporate law. At the time, he hoped that operating his own business would finally give him the freedom he was looking for.

When he first started out, Bolonik kept overhead low by sharing office space with his dad, an accountant. His father also referred Bolonik his first few clients, and he generated additional business for his firm through online ads. The business grew and he opened his own office in his native Sheepshead Bay. Soon he had a staff that included two associates, two paralegals, and a receptionist.

Even still, he couldn’t find the freedom he craved.

“I thought having my own firm meant I could be my own boss,” Bolonik says. “But the clients ended up being my boss.”

However, soon a client would come along that would change everything for him. 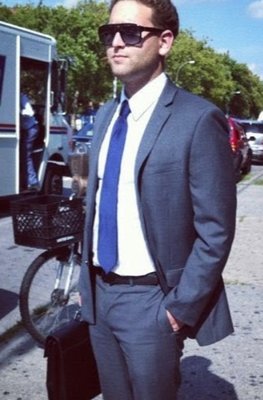 A Crash Course in Ecommerce

Because Bolonik was experienced in ecommerce, he began to take on clients who were having their own ecommerce legal issues.

“It was a good niche market for me,” Bolonik says.

One client he worked with ended up introducing him to a large vendor in Ukraine that made water filters. The vendor, a company called Eco Soft, was looking to partner with a merchant to begin selling their product in the United States. Bolonik agreed to set up an American subsidiary of Eco Soft and sell their products on Amazon.

The store was an overnight success, thanks in part to the fact that Eco Soft ships directly from manufacturer to customer. This allowed Bolonik to offer cheaper prices than competitors like Keurig and Britta. In the first year, Bolonik says he did $1 million in revenue.

“If I couldn’t offer those competitive prices, it would have been a lot harder to do what we did,” Bolonik says.

Although he already had some experience in ecommerce, Bolonik says operating the Eco Soft store also provided him with a crash course in what it’s like to be a professional Amazon seller. For example, he learned how to collect data on his customers and use that data to market more efficiently.

“Data is a huge key to ecommerce success because it helps you find your audience,” Bolonik says. “In the past, you would get a billboard and a million people would drive by and some percentage would take an action. Now if you have the right data you can target by city, subregion, and demographic and advertise directly to the people who are the most likely to buy your product. This helps you be so much smarter with how you spend.”

Bolonik likely would have kept working with EcoSoft, but forces beyond his control intervened. Worsening relations between the United States and Ukraine combined with political instability made trade more difficult. At the end of 2018, Eco Soft was sold to a large European conglomerate, and Bolonik was bought out of the company.

However, just as one opportunity went away, another was about to present itself. 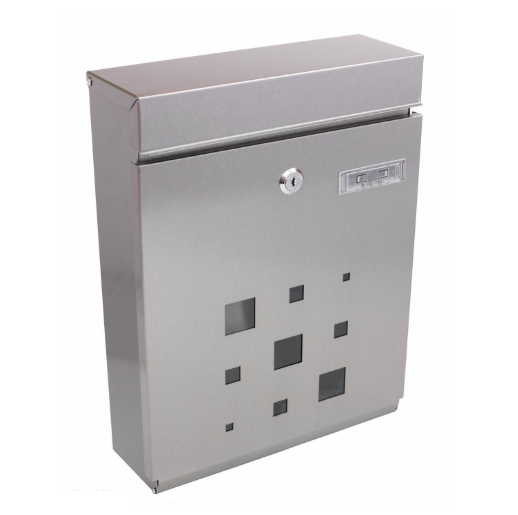 While Bolonik was operating the Eco Soft store, PeelCo fell by the wayside. Once Bolonik was bought out of the business, he decided to rededicate himself to PeelCo and try to turn it into his full-time job. He still had the law firm, but he started to take on fewer clients and tamp down on operations.

“I just knew at that point that it wasn’t the place for me,” Bolonik says. “Ecommerce energized me a lot more.”

To revitalize PeelCo, Bolonik utilized the strategies he had learned from operating Eco Soft. The first step was to create a cohesive brand for his store. Up until that point, PeelCo had sold a wide variety of different products, which made it hard for customers to understand what the business was about. In the modern Amazon marketplace, Bolonik learned that you needed to be focused in order to stand out. So he looked at the products that had sold well on his store and that didn’t have a lot of competition from other Amazon sellers. The product that best fit this profile? Mailboxes.

“There was really nobody selling mailboxes on Amazon,” Bolonik says. “So we decided to focus on building the PeelCo brand around these mailboxes.”

The next step was to upgrade their offerings. Bolonik hired a designer to improve upon the look and feel of the mailboxes PeelCo sold. He then picked out the designs he liked best and sent them to his manufacturer in China. Today PeelCo offers 25 different mailbox products ranging in price from $40 to $220. Each mailbox is made from galvanized steel, comes in a variety of different colors, and features magnetic key locks. Some of the mailboxes are also large enough to fit packages inside, and all can be wall-mounted.

Bolonik says his aim with his mailboxes is to bring a modern approach to something classic.

“To a large extent, mail has gone down, and owning a mailbox is like owning a watch,” Bolonik explains. “You don’t own a watch to tell the time, you own a watch because it is an accessory that enhances your look. In the same regard, you own a mailbox to beautify your house, and that is what we are trying to cater to.”

With a direction selected and a brand defined, the last step was to market his product. Again Bolonik utilized the lessons learned from Eco Soft to generate highly targeted ads. This time he also incorporated video into his marketing efforts to show his customers how his mailboxes worked.

“Mailboxes aren’t the sexiest thing, so you really need to be able to show people why they need your product,” Bolonik says. “Video helps with that because it allows us to really demonstrate our value.”

Sure enough, the orders started coming in. So much so that Bolonik soon faced a new problem that he needed to turn to outside help to solve. 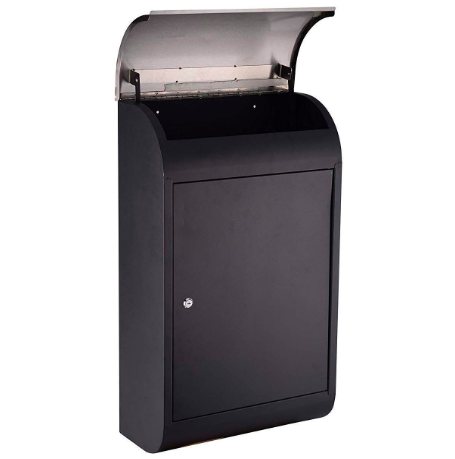 Finding a Partner to Support Growth

PeelCo was such a success that soon Bolonik didn’t have enough inventory to keep up with all the orders he was getting. In the ecommerce world, this can be particularly problematic. If customers can’t get the product they want, they may leave a negative review on your store, which can tank your Amazon search ranking.

Bolonik knew he needed financing. A friend and fellow ecommerce merchant referred him to Fundera. Bolonik filled out an application online and was connected with senior loan specialist Casey McNamara. After only one phone conversation, Casey was able to secure Bolonik a $90,000 PayPal term loan.

“I honestly thought at first that there was something sketchy about Fundera because it was just too easy,” Bolonik says of his experience. “I got capital quickly and with a very acceptable interest rate, and this has allowed me to fulfill more orders and grow my business.”

Casey and Bolonik have continued to work together to assist PeelCo with its future financing needs.

“Fundera really came through when I needed them,” Bolonik says. “Without them I wouldn’t be able to take the next steps in my business’s growth.” 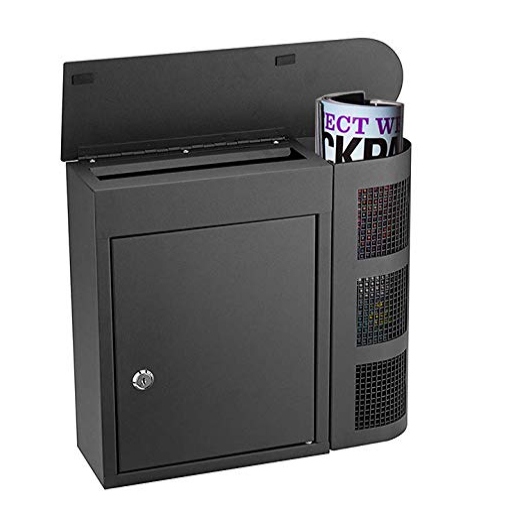 Today PeelCo operates out of the same office in Sheepshead Bay that Bolonik used for his law firm. However, the staff is a little different. Since coming to Fundera, Bolonik has been able to hire seven employees to assist with everything from customer service, to bookkeeping, to social media marketing.

PeelCo is also looking at expanding its product line to include Internet of Things-enabled mailboxes as well as other outdoor home goods. Bolonik has also talked to some big box retailers about selling his product in their stores.

“Our goal is to create innovative products in a cost-effective way,” Bolonik says. “We are always looking for new niches that fit our business’s brand.”

PeelCo is primarily on Amazon, but Bolonik is also building a Shopify and Wayfair store.

For other entrepreneurs who want to get into ecommerce, Bolonik has a few pieces of advice:

“Ecommerce may seem like a cheaper alternative to a brick-and-mortar business, but you still need a decent amount of capital,” Bolonik says. “If you don’t have money you won’t be able to experiment and do all the things you need to do to keep up with the competition.”

“If you have an amazing product that nobody can find, you don’t have a business,” Bolonik says. “And once you start doing business, you need to act as if the customer is always right, because they will determine whether your business sinks or swims.”

His last piece of advice?

“Don’t sell on Amazon because we don’t need any more competition.”