Breaking the Mold: How 4 Friends Built a Thriving Manufacturing Business 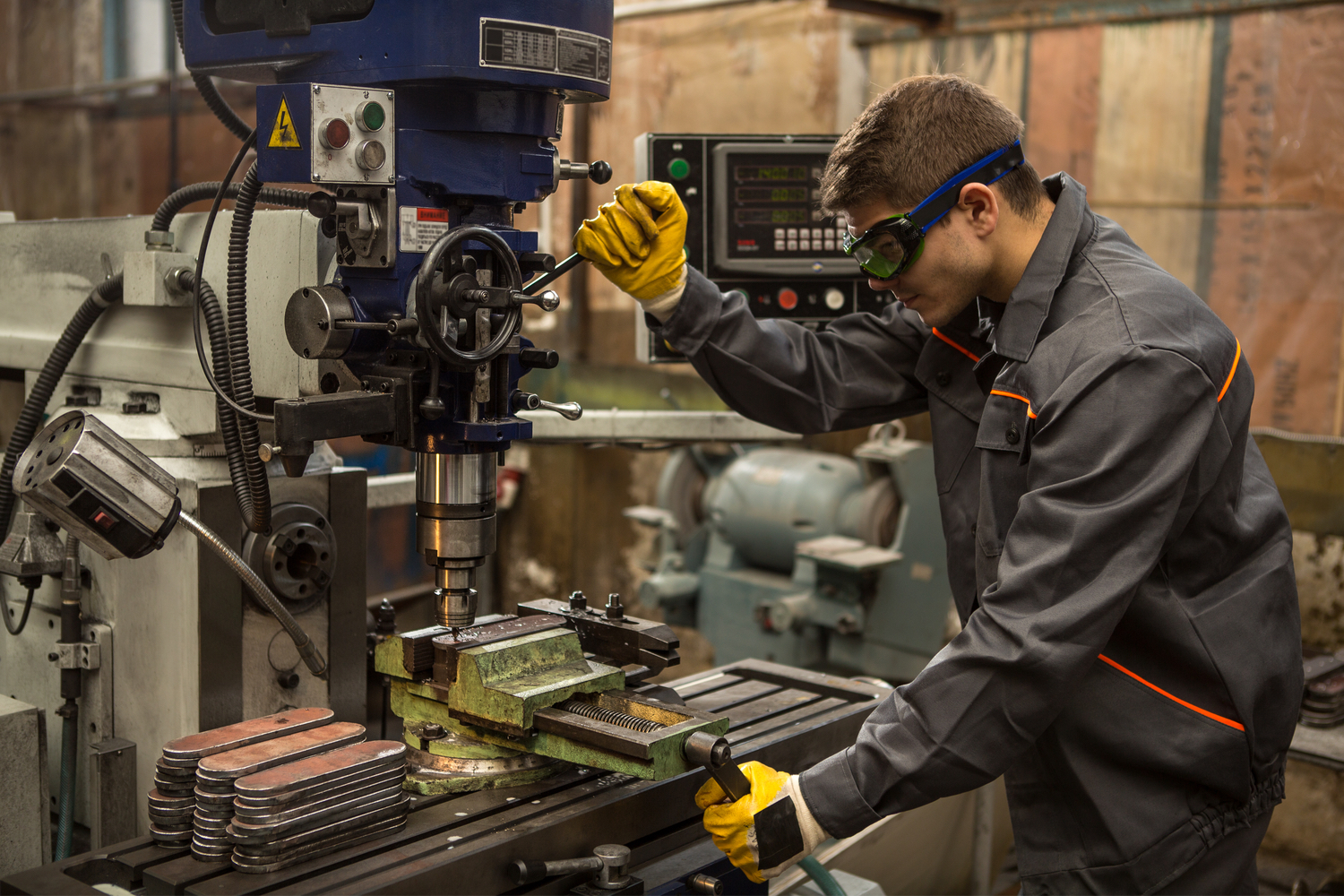 In the Atlanta suburb of Lawrenceville, Georgia, four friends run a business that helps build products used all over the world. The products they help build aren’t the most popular—frankly, some of them are downright mundane. Even so, many of them are extremely important. In fact, you might’ve used something they helped build without even realizing it.

That’s how it goes in the world of injection molding—a manufacturing process for producing (typically plastic) parts by injecting molten material into a mold. Injection molding is responsible for creating everything from car parts to Lego pieces. It’s a behind-the-scenes kind of job that requires serious technical skill.

Fortunately, Paul Vernon, Patrick Peterson, Eric Danish, and Hai Phan have a lot of technical skill. It’s what’s helped them take their business, Simple Automation, from a side hustle to a multimillion-dollar enterprise in just a few short years.

Here’s how they did it.

An Aptitude for Machining

After graduating from high school in his hometown of Charleston, South Carolina, Paul Vernon decided he needed to learn a skill that would help “get him somewhere.” So he packed his bags and headed down to Lawrenceville to attend Gwinnett Technical College. After two years he had an associate degree in machining.

“My career is something I kind of fell into,” Vernon explains. “I didn’t go looking to work with machines, but once I got to school I realized I had a talent for it.”

After college he earned a machining apprenticeship at a local plastics plant, where he made and repaired molds that would be used to create everything from pocket combs to bottle caps. Once his apprenticeship ended he went to work for Rehrig Pacific—a large plastics company serving the agriculture, bakery, beverage, and dairy industries—best known for creating large trash bins, milk crates, and beverage trays.

After five years working as a machinist, Vernon was promoted to tooling manager—someone who oversees the efficiency of the various machines used during manufacturing. As a tooling manager, Vernon learned how to write programs for machines that would increase productivity and reduce downtime.

Eventually Vernon decided he wanted to become a reliability engineer—someone who writes programs for a machine to optimize dependability–which requires a special certification. So, he got his CRE (Certified Reliability Engineer) from Clemson University and later became the National Reliability Engineer for Rehrig Pacific. 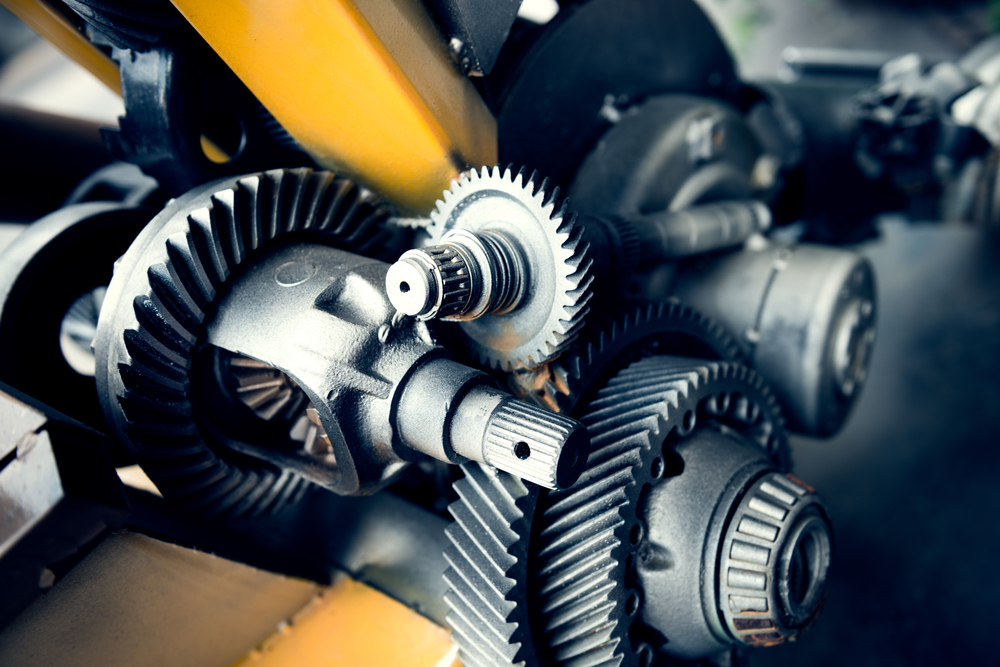 Striking out on Their Own

By the time Vernon earned the title of National Reliability Engineer, he had been at Rehrig for close to 20 years. During that time he had made close friends with many of his colleagues—including Patrick Peterson, Eric Danish, and Hai Phan. Peterson and Danish specialized in tooling, while Phan was an automation expert.

“They are all masters of their craft,” says Vernon.

Every day Vernon, Peterson, Danish and Phan would go to lunch together, and they eventually started kicking around their own idea for a business. This was around 2011, when the economy was still recovering from the financial crisis.

“We all thought we could do this ourselves, so we created a business model of how we wanted our company to operate and the industries we would target,” Vernon says. “Then we sat on the idea and waited until we felt like the time was right.”

In 2014 they rented a manufacturing space the size of a two-car garage, formed an S-corp under the name Simple Automation, and laid out their own money to buy some machines. Then they started reaching out to their connections in the plastics industry to see if there was any interest in their service—building the machines that would be used to create injection molds.

“I think what helped us in those early days is that we came off as knowledgeable to other engineers because we came from a technical background,” Vernon explains.

The orders started to trickle in and Vernon, Peterson, Danish, and Phan filled them with high-quality, reliable injection molding machines. The do-or-die moment came in 2016 when Simple Automation was approached by a large rubber company asking for an order of 12 machines.

“This was not an order we could handle while keeping our full-time jobs at Rehrig,” Vernon says. “So we decided the timing was right and we struck out on our own.”

Building injection molding machines is an expensive and complex process. Typically, a manufacturer approaches a business like Simple Automation and explains what they need the injection molding machine to do (i.e. what kind of product or tool they need). Simple Automation then submits a proposal and the manufacturer either accepts it or rejects it (in favor of another company’s proposal).

In the case of the large rubber manufacturer, they asked Simple Automation to build a machine that would create an injection molding of a wringer (the piece that squeezes excess water out of a mop) that they could then affix to their mop buckets.

Simple Automation won the business through their high-tech approach: They created a simulation of how the machine would operate on their computer and then invited engineers from the manufacturing company to watch how it would work before they decided to purchase it.

“Being engineers, we know how to present to engineers,” Vernon says. “At the end of the day, they already know the ins and outs of these machines. It’s our job to take their ideas and mix them in with our own to show them how we can make the machine easier to use for the operator and more ergonomic.”

After they filled the order for the mop bucket wringers, larger and larger companies started reaching out. Simple Automation soon had to move into a 15,000-square-foot facility, buy more equipment, and hire additional employees to help handle all the new business they were getting. 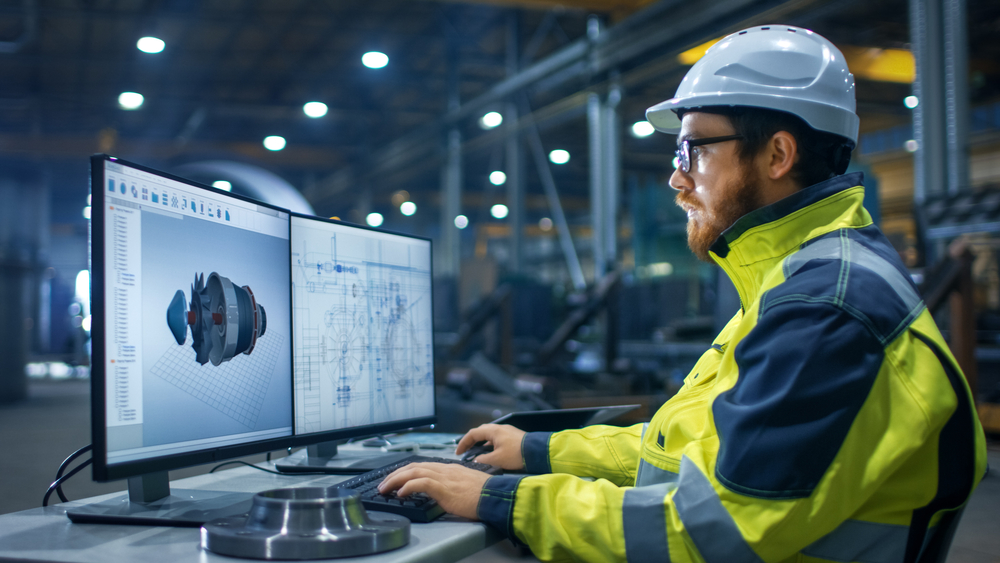 Today, Simple Automation works with some of the largest plastics manufacturers in the U.S., including several large automobile companies. On the Simple Automation factory floor, CNC mills are used to fabricate parts and welders weld the pieces together. There are also electrical engineers building control panels. Vernon says Simple Automation’s locale has helped grow the business, as many large companies base their manufacturing facilities in Georgia and neighboring states.

But what has helped more than anything, Vernon says, is the collective expertise of Peterson, Danish, Phan, and himself.

“Our knowledge of the industry has been essential to our success,” Vernon says.

For example, Simple Automation understands what is known in the plastics industry as “cold shrink.” Cold shrink refers to the fact that plastic shrinks as it cools, and plastic components of different shapes and sizes cool at different speeds. Simple Automation is experienced in building machines that factor in cold shrink and still work reliably.

“Most companies don’t understand the problems that cold shrink can create,” Vernon says. “I’ve spoken to engineers that purchased a machine that just ends up sitting in the corner somewhere because it didn’t factor in cold shrink.”

Simple Automation’s other big selling point is that it is a FANUC Authorized System Integrator. FANUC is a large purveyor of industrial robots that support automation. Having FANUC authorization means Simple Automation can integrate robots into their machines that allow the machines to operate independently—thereby putting the “automation” in Simple Automation.

Simple Automation generates additional revenue by fixing broken machines and manufacturing spare parts. The business also offers a maintenance package to its clients, guaranteeing that they will fix every machine they sell if it ever breaks down.

Getting Help With Cash Flow

As you might expect, there is a lot of overhead when building industrial machines from scratch. Vernon says that most machines can cost anywhere between $100,000 and $1 million to build. That’s why it’s common in machining to use a progress billing structure—whereby the client is incrementally invoiced for a project based on the percentage of work already completed.

Simple Automation demands a certain percentage of the payment upfront to cover material and labor, and receives full payment for the machine once it’s delivered. However, this structure isn’t always cash flow-friendly. So to help float the business along, Vernon turned to Fundera in August of 2018.

After submitting an application online, he was connected with Dominique Swanfeld, a senior loan specialist, and Abby Larreau, an SBA relationship manager. Over the course of several months they worked to secure Simple Automation a $67,000 line of credit from Bluevine, an $85,000 line of credit from Kabbage, and finally a $350,000 SBA loan from First Home Bank in April of 2019.

Overall, Simple Automation has secured over a half million dollars in financing from Fundera.

“Working with Fundera is always a really great experience,” Vernon says. “Abby and Dominique take the time to explain everything to me, and I always feel like I have a complete understanding of what is going on.”

Building Toward the Future

With Fundera as a financing partner, Vernon is optimistic about the future of Simple Automation. In the next five years Vernon hopes to generate upward of $10 million to $15 million in sales, and build a new, larger factory to house Simple Automation.

As for right now, Vernon says he is just enjoying running a business with his friends. Danish is responsible for all engineering matters, Phan oversees machining, Peterson handles assembly, and Vernon deals with the day-to-day responsibilities and new business.

“We know how each other work, and we understand each other’s strengths and weaknesses,” Vernon says. “That only comes with 20 years of experience.”

And even after all this time, they all still eat lunch together whenever they can.