How This Entrepreneur Built a Successful Roommate-Matchmaking Business 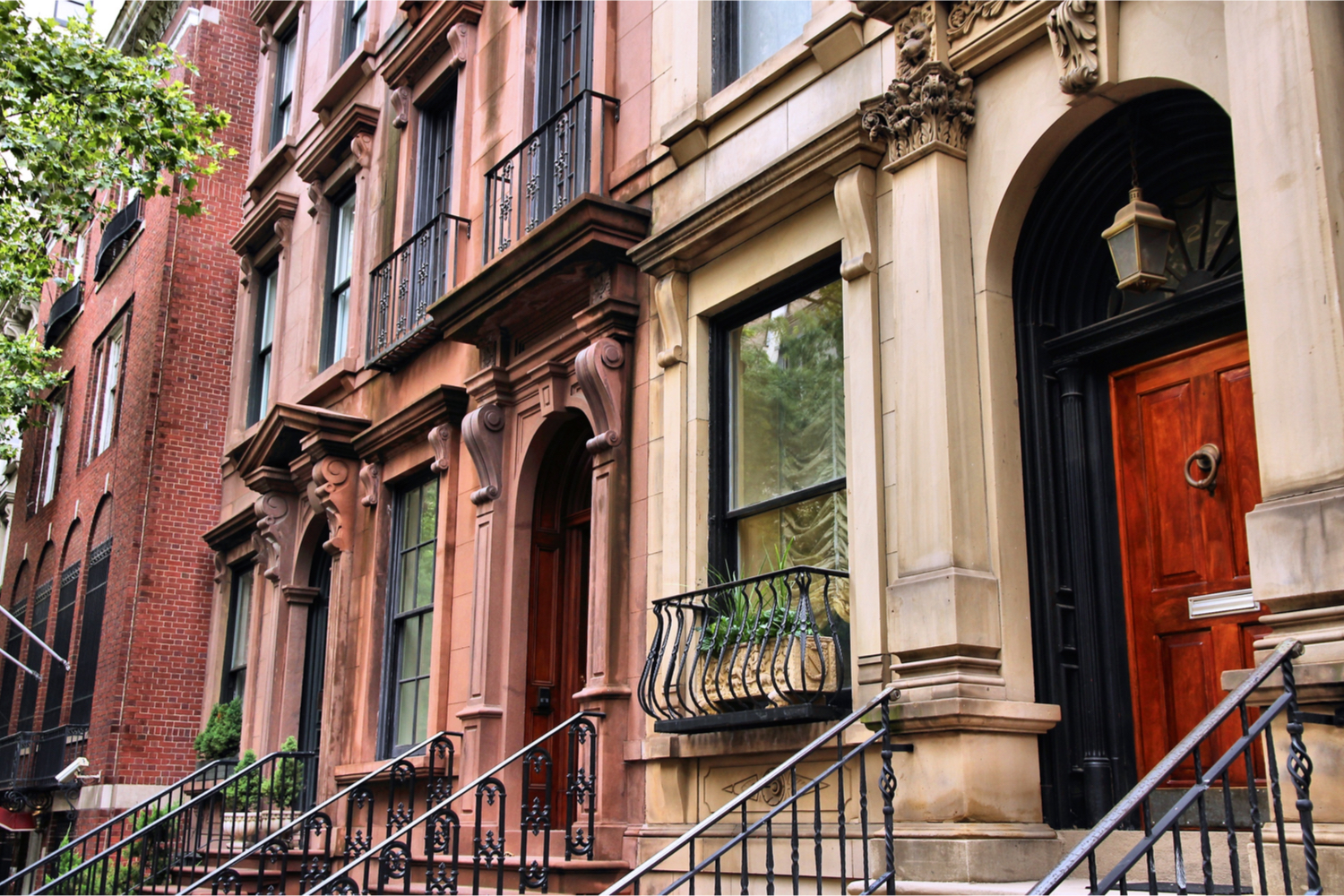 Finding an apartment in New York City on a tight budget is no small feat, especially if you’re moving from outside the area. Jordan Davidovit probably knows this better than anyone.

After moving to New York City from Montreal in 2014, Davidovit witnessed firsthand the fragmented and often shady process that goes into finding an apartment, particularly for those who are young, unfamiliar with the area, and without a lot of financial means.

So he decided to start a business to provide a better solution. Today he operates Roomeze, a startup that generates over $1 million in annual revenue and has helped over 4,000 apartment-seekers (and counting) become New York City residents. Here’s how he did it. 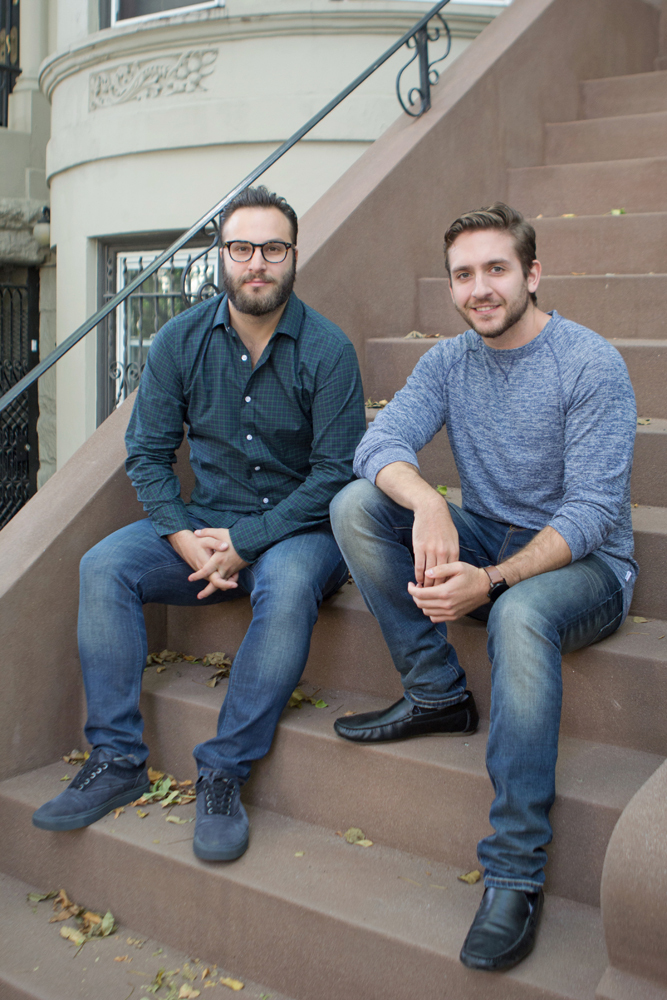 After two years of studying business at Concordia University in Montreal, Davidovit moved to New York City to see if he could become the next Serhant. He got his real estate license and started working as a leasing agent for a brokerage in Brooklyn.

“I was all starry eyed,” Davidovit recalls. “But I quickly realized that things were not as glamorous as they seemed on TV.”

Through his marketing efforts, he was often connected with students and young professionals—many of whom didn’t have enough income to support living on their own in New York.

“What was weird was that everyone taught me to turn my back on these types of clients because it’s too hard to service them,” Davidovit says. “Why waste your time on someone with a $900 budget who can’t afford a broker fee? Well, that didn’t make sense to me.”

Davidovit wanted to help these people, but he wasn’t sure how. That is, until he met Richard Garland, a more seasoned real estate agent who also worked at his brokerage.

“It was sort of serendipitous,” says Davidovit. “His car had broken down one day and so I offered to drive him around to his showings and in return he said he would teach me all about the business.”

Davidovit was surprised to learn that Garland was turning a profit by catering to the same people he wanted to help. Garland’s method was to find three- or four-bedroom apartments and place individuals in them until he had filled the unit.

“We became fast friends and decided to start working together,” Davidovit says. “That was the beginning of Roomeze.” 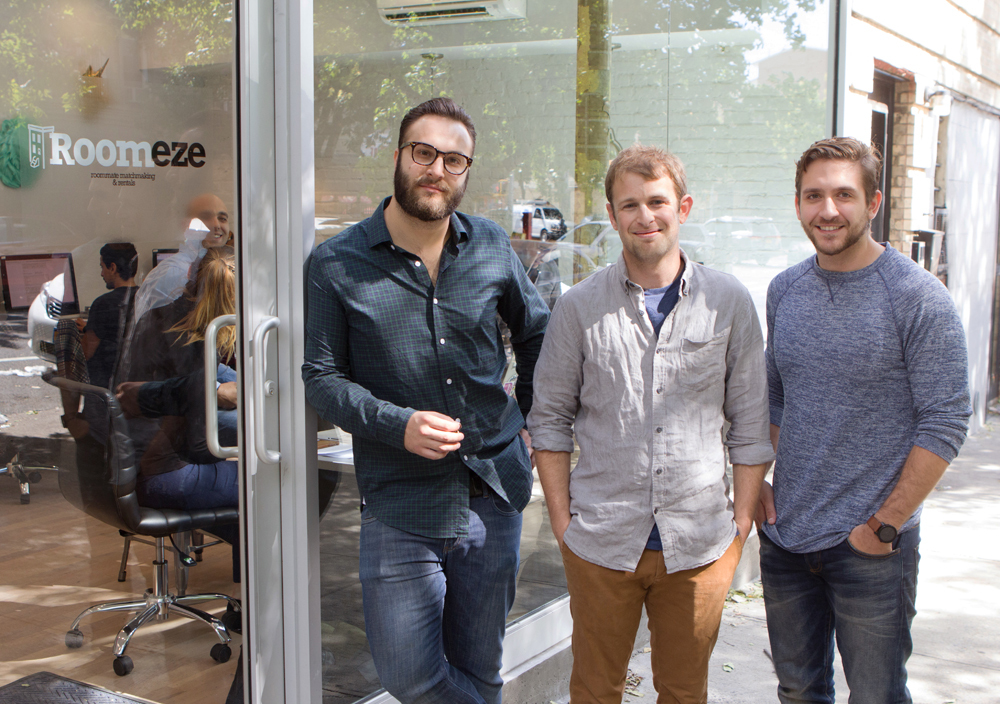 To work more efficiently, Garland and Davidovit started to build out a method for how they could better match roommates in an apartment—taking into account factors like gender, personality, weekend habits, and more. By 2015, they were filling multiple apartments per week with individuals they felt would live well together. Davidovit recalls those early days as being like the “wild west.”

“We were working out of our cars with no tech behind us,” Davidovit says. “We used to meet clients at an apartment and explain to them the vision, and they would trust us enough to help them find a roommate that they’d walk us to the ATM and hand over the money.”

Pretty soon Garland and Davidovit had more clients than they could handle. So, they began talking about building out a platform to cut back on some of the most labor-intensive aspects of the business like identifying compatible candidates and screening them.

“The idea was to build a platform that virtualizes the apartment and roommate finding experience and to label that on top of a white glove real estate experience,” Davidovit says.

To bring this vision to life, Garland and Davidovit started reinvesting their profits into building the Roomeze platform and hiring “matchmakers”—individuals trained in the art of matching roommates together in an apartment.

“The matchmaker is the salesperson/liaison for the roommate-finding journey,” Davidovit explains. “They are the core of our business, similar to the TaskRabbit or Uber driver.”

Most matchmakers come to Roomeze with no prior real estate experience. According to Davidovit, that is by design:

“Most real estate brokers have a very transactional mindset and that does not translate well when it comes to shared housing,” Davidovit explains. “We wanted people who would be more concerned in finding what is right for the client, not their commission.”

By the end of 2015, Roomeze was a licensed real estate brokerage with a fully functioning platform and a team of matchmakers implementing the roommate-matching experience Davidovit and Garland had perfected.

“When I look back, it was kind of like we were building an airplane mid-flight,” Davidovit says. “We had some liftoff and we were sort of plugging holes as they popped up. Over the course of several years that sort of establishes a core business and helps you figure out what you need to build next.” 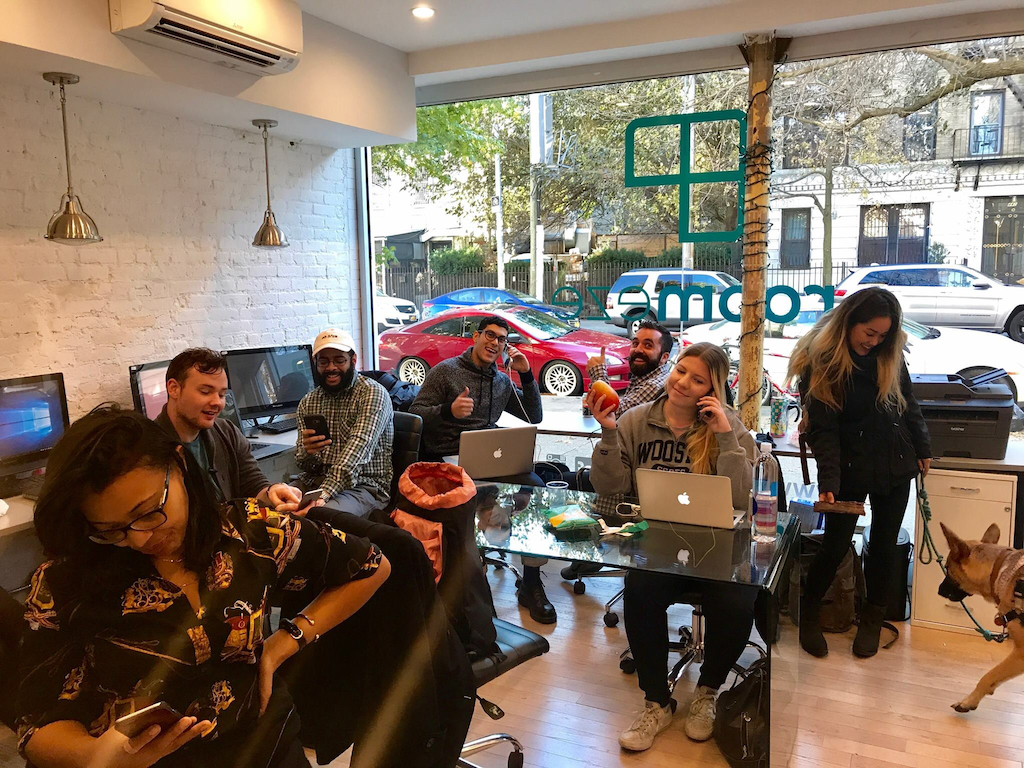 If you come to Roomeze today looking for an apartment, the first thing you’ll be prompted to do is create a profile. The profile will encompass a wide variety of information around roommate and apartment preferences, including your budget, age, hometown, commute, habits, communication style, and more.

Once your profile is complete, you can begin to browse inventory. Roomeze currently has listings in 700 different buildings throughout all five boroughs of New York City. Roomeze will filter your search based on the information in your profile. When you find an apartment you like, you can click into the listing to learn more about it. You’ll also see profiles of other individuals who have already agreed to take a room in the building.

From there, you can schedule an appointment with a matchmaker to go see the apartment. Roomeze assigns a dedicated matchmaker to every profile, allowing users to work with the same agent throughout their whole experience. When you meet with your matchmaker, they’ll show you your desired apartment, as well as the surrounding neighborhood to help you get a feel for where you’d be living. They also come prepared with alternative apartments to help you get a complete picture of the market.

When you find a spot you like, you can submit your rental application and monitor its status directly through the Roomeze platform. There’s a $400 service fee and $200 application fee, which covers credit check and background check. Roomeze does not charge a broker fee on any of their apartments, and if you’re not approved, Roomeze will refund your $400 service fee.

Roomeze will also refund your money if they are unable to fill a unit with roommates before the lease is set to begin. However, Davidovit says these instances are rare.

“We meet deadline on 99% of matches,” Davidovit says. “It’s a credit to our level of demand that we never have to scramble to fill a unit. And on the off chance that we can’t find someone in time, we are often able to work out a deal with the landlord to partially rent the apartment unfilled while we work to find additional renters.”

Once you do move in, you’ll get a free year of Roomeze Support—a suite of services designed to help clients move into their apartment and get acclimated with their new environment. Your Roomeze Support package comes with both landlord and roommate mediation services, lease renewal assistance, access to affordable moving services and renter’s insurance, tailored guides to your neighborhood, and discounts on furniture.

“The Roomeze mission goes beyond finding a room and a roommate,” says Davidovit. “We come in at a very unique stage, usually right after college, and so we want to help our clients with adulting. This means helping them with everything from finding movers to finding friends. It’s about situating people in a new environment as painlessly as possible.” 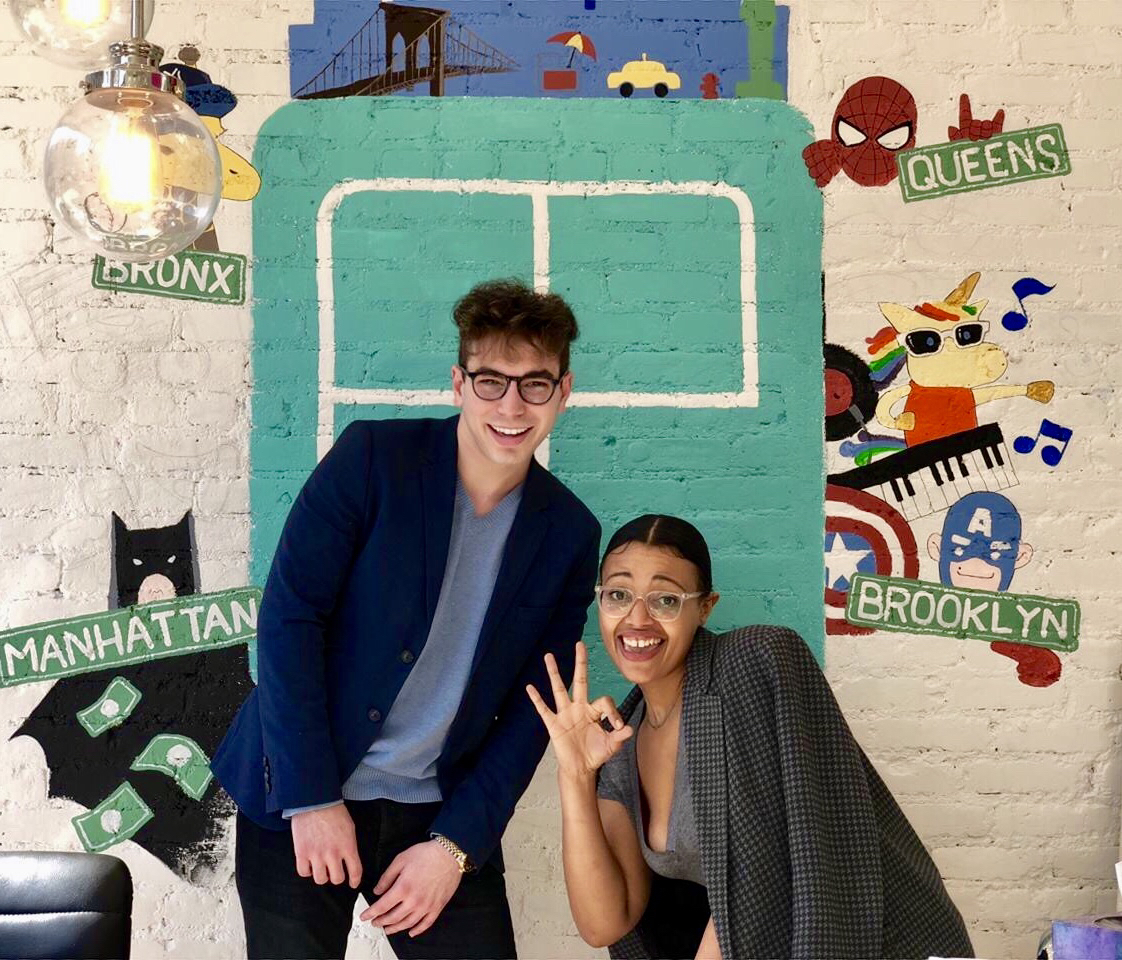 Roomeze was able to successfully bootstrap to over seven figures in revenue—all of which is derived through fees Roomeze charges landlords for helping them fill apartments.

However, earlier this year they decided it was time to seek out additional working capital to help them build out their tech infrastructure.

Davidovit says he initially learned of Fundera while researching business loans online. He decided to submit an application and was connected with senior loan specialists Nate Causey and Colin McWhirt. Working together, Nate and Colin were able to secure Davidovit a $110,300 line of credit through Kabbage.

“The experience really opened my eyes to this alternative lending industry that I had never heard of before,” Davidovit says. “Nate and Colin made the process of narrowing down the right loan product for me as easy as possible. I imagine I’ll be coming back to Fundera in the future for help with financing.”

Moving to a New City in the Click of a Button

Roomeze has grown to become a team of 50 spread throughout offices in the Brooklyn neighborhood of Prospect Heights and the Manhattan neighborhood of Harlem. So far this year, Davidovit says Roomeze has placed 2,000 individuals in apartments, making Roomeze the biggest shared living service in New York City. He attributes the business’s success to Roomeze’s customer-centric approach and the hard work of his matchmakers.

“This is a unique problem in a very convoluted industry and our goal is to provide clarity,” Davidovit says.

As for the future, Davidovit says the company is eyeing expansion to other cities. He also sees opportunities for Roomeze to get more involved in the day-to-day living situations of their clients, such as hosting events and creating networking opportunities.

“Maybe one day people could even find a job through Roomeze,” says Davidovit. “The possibilities are endless but we know what the overarching goal is: Make moving to a new city as easy as clicking a button.”