How This Entrepreneur Brought Traditional Yoga Practices to His Brooklyn Community 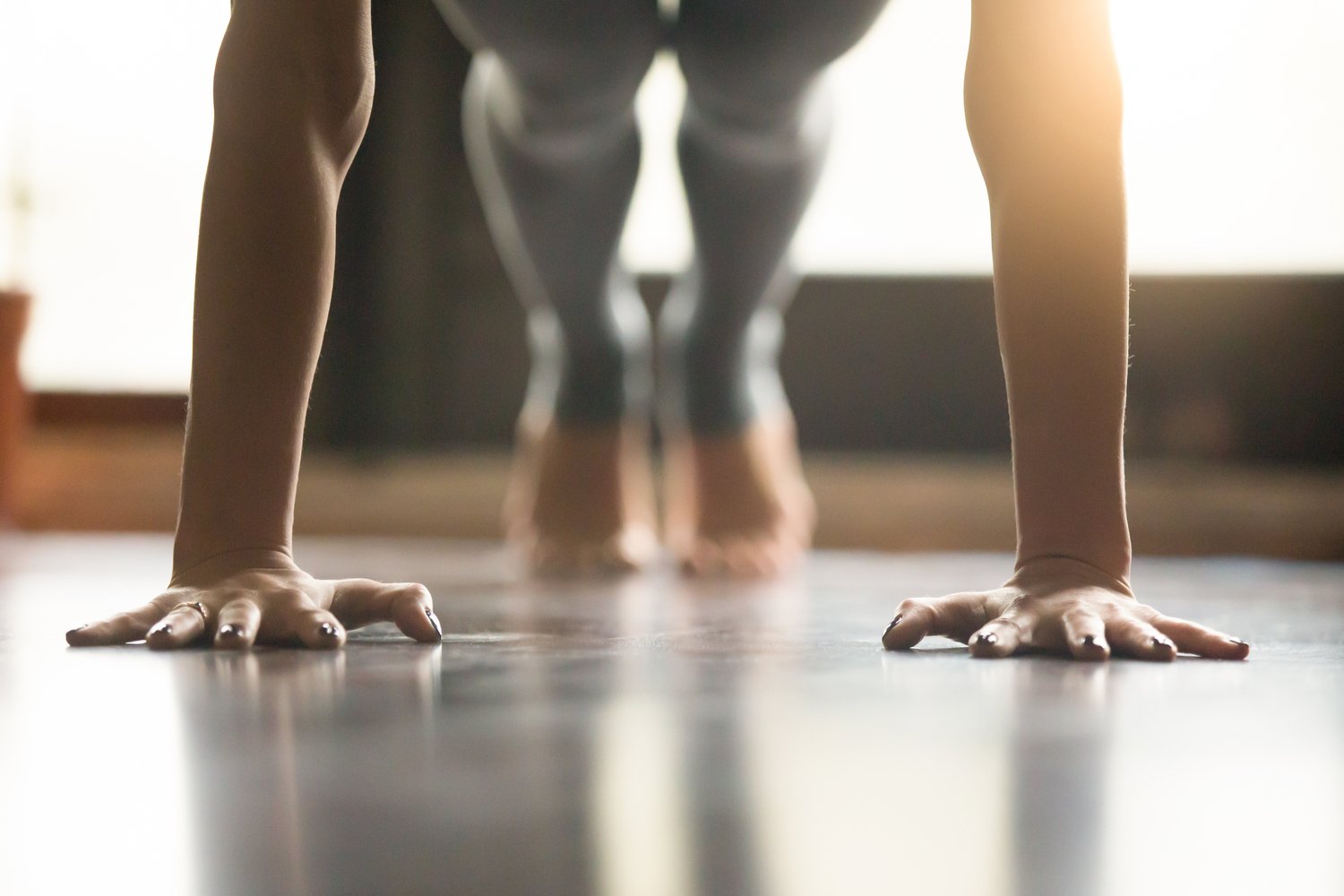 Unit 108 Yoga is the only yoga studio in the Sunset Park neighborhood of Brooklyn, New York.

Considering yoga studios are a dime a dozen in most urban neighborhoods, including nearby Park Slope, Red Hook, and Gowanus, this is pretty unusual. But Sunset Park is a bit different from those areas.

The neighborhood comprises predominantly immigrant families (mostly Latino and Asian), the population skews older, and there’s not a single Starbucks within its 48-block radius.[1] In this way, Sunset Park is something of a callback to the Brooklyn of yesteryear, which is why the traditional practices of Unit 108 Yoga fit right in.

“I think the community needs this type of place to exist,” says Unit 108 Yoga’s owner, Serge Cashman, who himself is an immigrant (he was born in Russia and grew up in Israel). “People aren’t traveling here to take a class. It’s more of a temple where locals can recharge and relax, and I think that makes our neighborhood a better place to live.”

Here’s how Cashman opened his yoga studio and grew it into a successful business to serve the community. 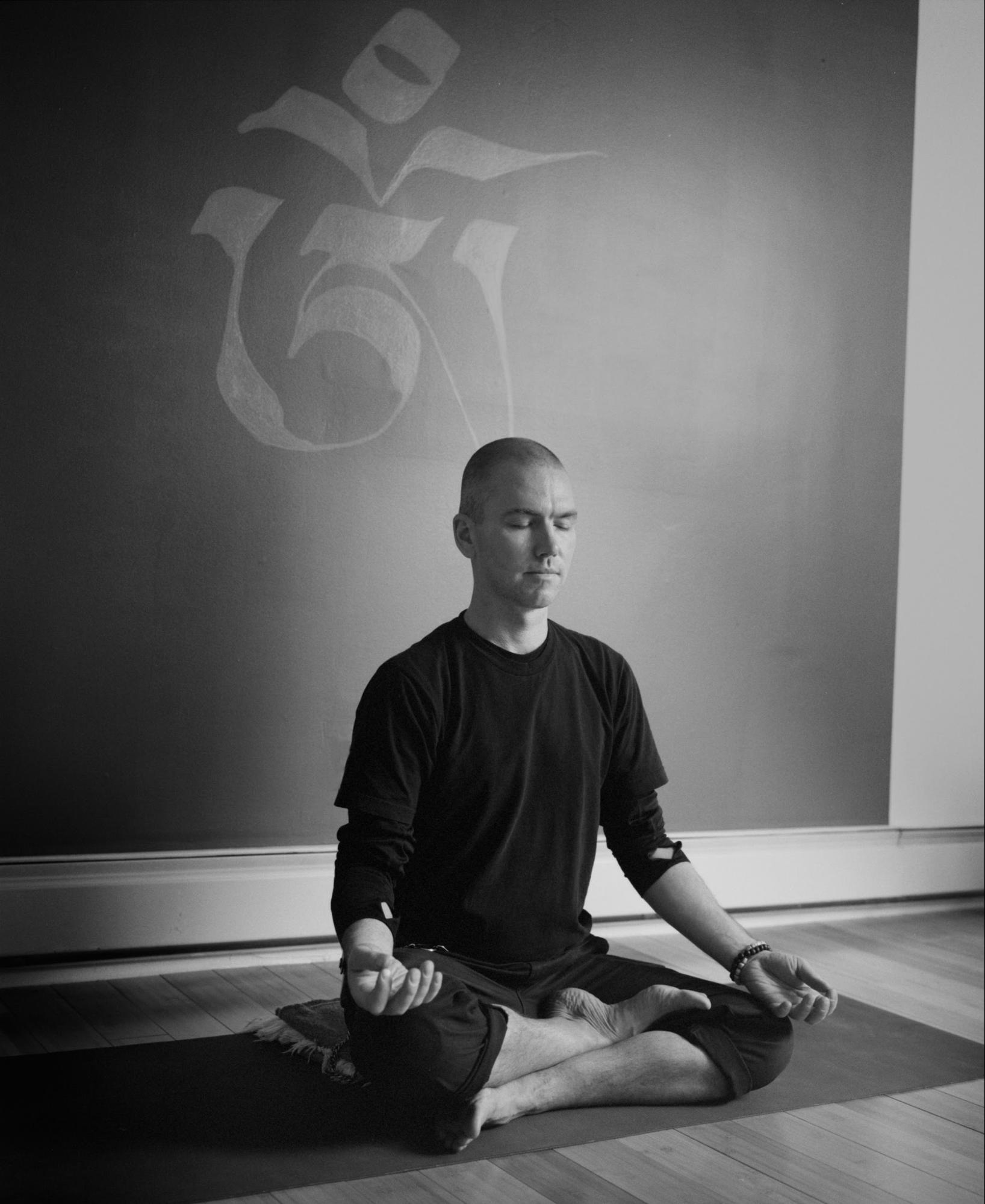 In 1997, Cashman moved from Israel to Brooklyn to study photography at Pratt Institute. After graduating, he moonlighted as a freelance photographer while holding down a day job at an electronics store.

It was during this time that he got his first exposure to yoga.

“Working in an electronics store is such a static job, and I was looking for a healthy way to move around some more,” Cashman says. “Then one day I was shooting this dance performance and the choreographer approached me afterward and asked if I’d shoot some other performances. I asked how much.”

The choreographer turned out to also be a yoga instructor, and she struck a deal to provide Cashman with free private yoga lessons in return for his photography services.

After taking his first yoga class, Cashman knew he was hooked.

“The mind-body-spirit connection that yoga is all about was a big part of it for me,” Cashman says. “It’s hard to describe but there’s something about yoga that just makes you feel very connected to the world.”

“All these different lineages approach yoga in different ways,” Cashman says. “And I really liked learning about these traditions that underlie the physical practice.”

Cashman continued to practice, and in 2012 he finally decided to pursue a yoga instructor’s certificate at the Ishta Yoga Studio. To become an instructor, Cashman had to not only take teacher’s classes, but also read books on yoga traditions, assist established instructors in their classes, and teach free community classes for six months.

At this point, Cashman had moved to Sunset Park and gotten a new job as a manager at a trucking company. Once he earned his certificate, he began teaching classes part-time at a new yoga studio that had opened in his neighborhood.

Then one day, he was approached with an opportunity that would change his life. 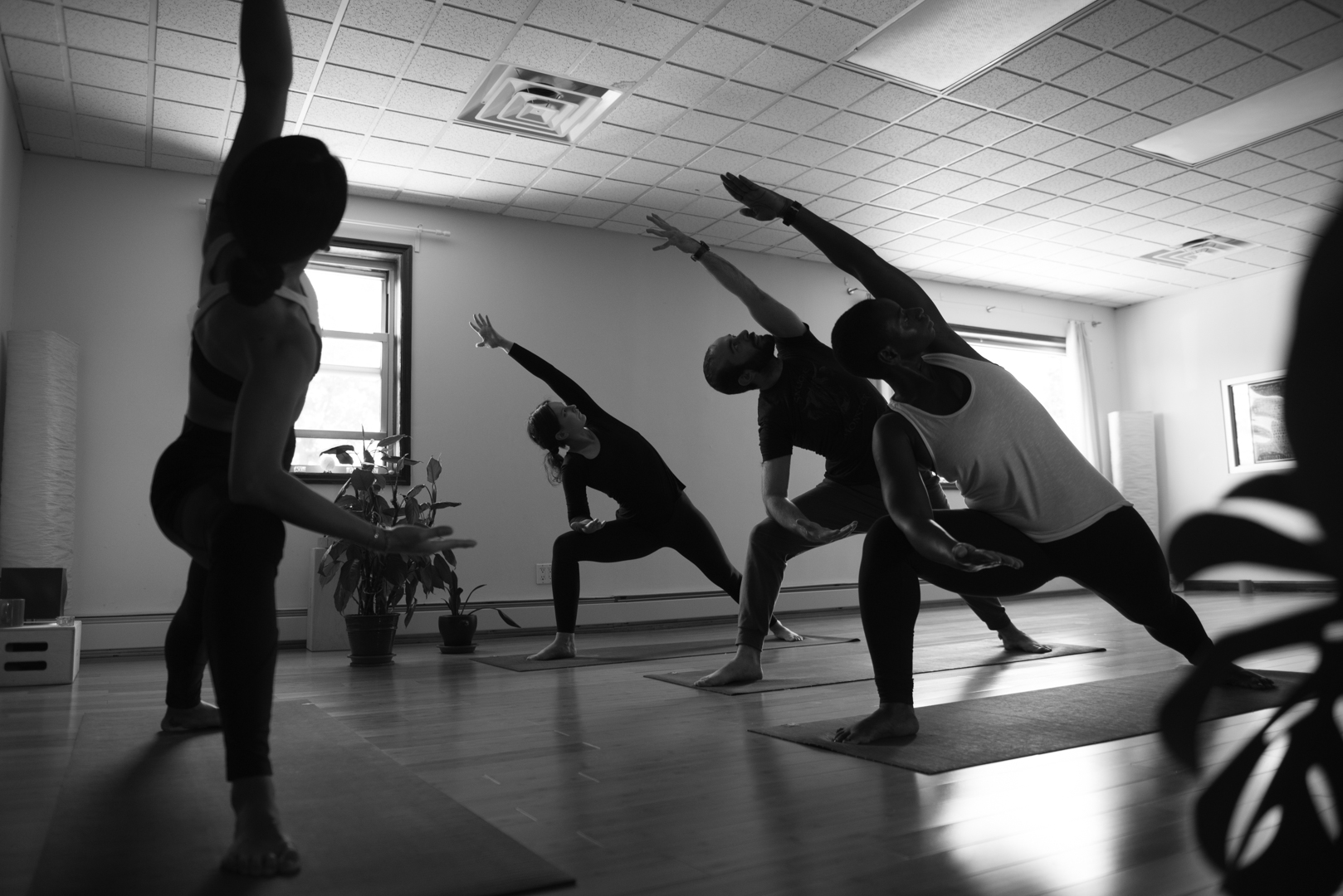 After only one year in business, the sisters who ran the yoga studio in his neighborhood decided they were going to close up shop. But before doing so, they approached Cashman and asked if he’d like to take it over.

“I had been a manager at this trucking company for a few years, and I figured how much harder could it be to manage a yoga studio,” Cashman says.

He already had some ideas on how to improve it, including diversifying the yoga lineages practiced and marketing the business to both the younger and older members of his community. The facility also featured a live-in space that could double as a photography studio—all of which led Cashman to accept the sisters’ offer.

He quit his job, bought some new equipment, hired new instructors, and rebranded the business as Unit 108 Yoga.

“In yoga, the number 108 refers to spiritual completion, and ‘unit’ is short for ‘unity,’” Cashman explains. “So it has a pretty deep meaning, even if it just sounds like the name of some room in an office.”

In October 2018, he reopened the yoga studio for business—and promptly lost a lot of money.

“For those first couple of months, nobody knew we existed,” Cashman says. “I was losing money on every class, and I had already made a significant initial investment.”

The first turning point came four months after Unit 108 opened—when it finally started appearing on Google Maps. Cashman then started putting out Instagram ads that targeted people only in his immediate area (he says his photography skills came in handy here). Another marketing tactic that paid dividends was putting a giant sandwich board outside his business that advertised classes.

He also made a point of only working with local yoga instructors, who in turn promote their classes on their own social media profiles.

“I found that the logistics of operating a studio aren’t hard but the marketing and PR part is quite difficult,” Cashman says. “Even in a neighborhood without another yoga studio, there isn’t a guaranteed demand for your services. You have to build it up.”

One of the biggest boosts to his attendance came from ClassPass—the subscription service that provides individuals access to fitness classes of their choosing for a monthly fee. Cashman says partnering with ClassPass helped him boost attendance by 30%—although he notes that after ClassPass’ cut, he doesn’t make money on those classes.

Still, ClassPass helped get more people into his studio, and more positive reviews of his business online, which in turn created more business. And by the end of 2019, things were looking up. 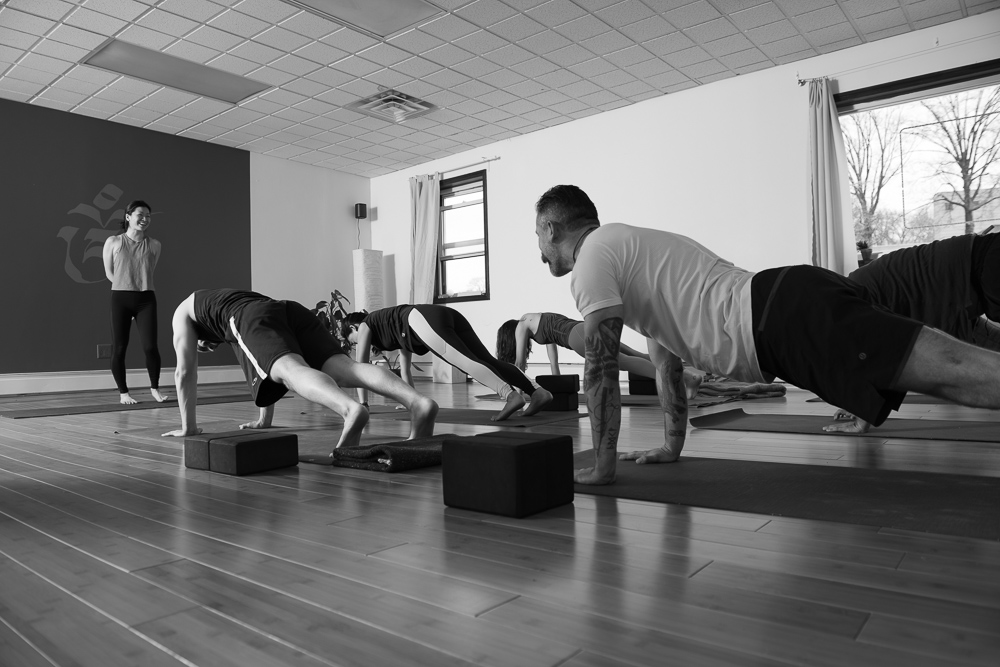 Unit 108 Yoga is located at the bottom of Battle Hill—the highest point in Brooklyn. Every morning, Cashman is up before the sun rises over that hill.

He starts the day by lighting candles and incense, turning on the humidifiers, and brewing tea. The first class of the day is usually at 6:15 a.m., and Cashman signs in all the attendees himself.

Sometimes he teaches the early morning class himself, other times he leaves it to one of his instructors (Unit 108 works with 10 different local instructors). From there, Cashman spends his days cleaning and preparing the studio in between classes, teaching, and tending to other business matters (mostly emails, accounting tasks, interviewing the occasional yoga instructor, and editing some new photos for the company Instagram account).

“I’m basically every job in the studio,” Cashman says. “But the work is rewarding.”

Cashman makes a point of emphasizing his respect for different yoga traditions with his class offerings. On the calendar each week are classes that focus on stretching, meditation, restoration, breathing, relaxation, alignment, and more. Teachers are free to teach whatever lineage they feel most comfortable with.

“We want to give people choices and expose them to as much of the philosophy as possible,” says Cashman, who also keeps a library of yoga books in the lobby that customers are free to borrow. 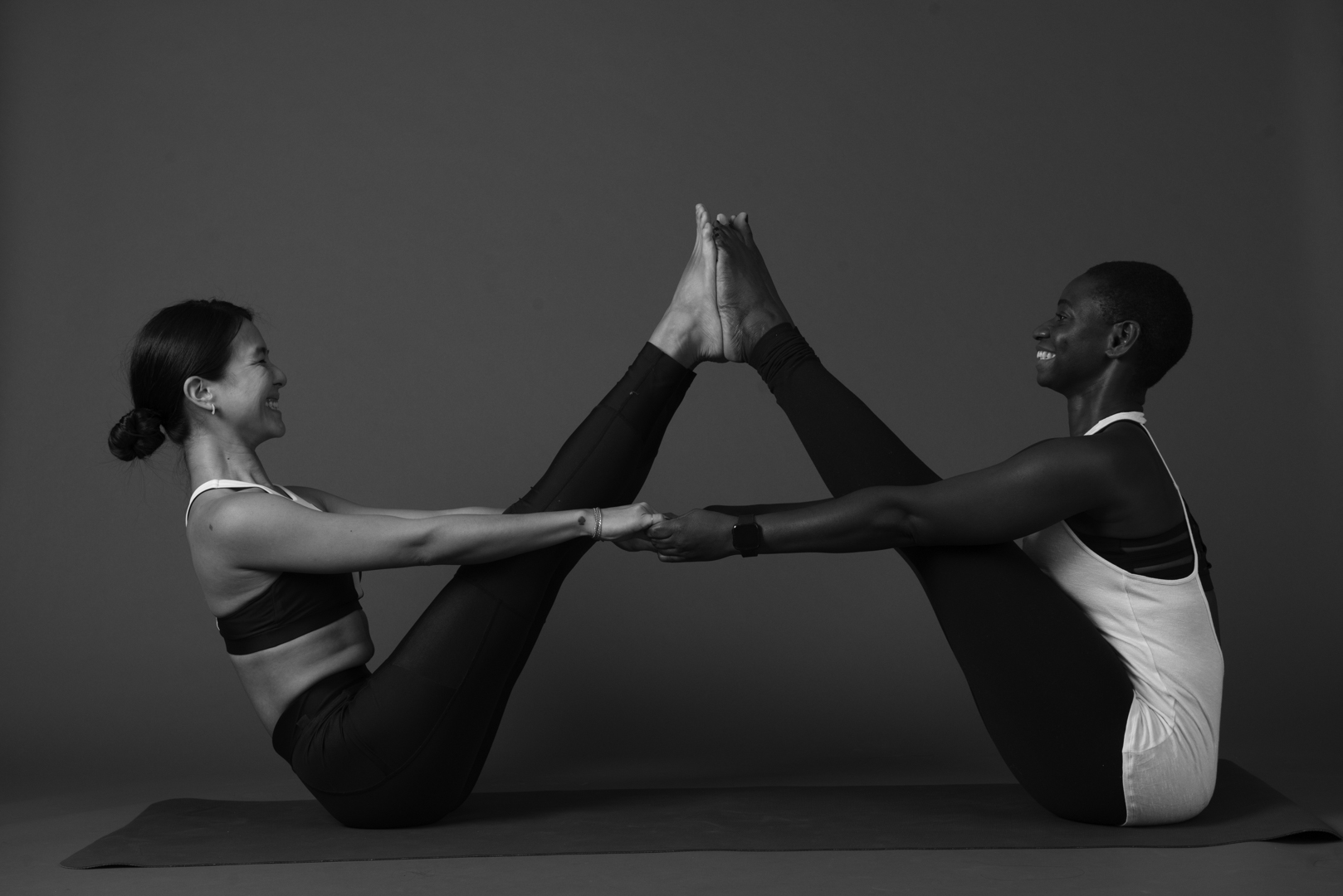 After Cashman started to see some return on his investment toward the end of 2019, he decided it was time to get a handle on the debt he accrued opening his business.

He found Fundera through the blog, filled out an online application, and was quickly connected with senior loan specialist Brian Book. Working together, Brian was able to secure Cashman a $20,000 short-term loan from PayPal to help him cover overdue expenses and offer more classes.

“I think the thing that impressed me the most is that Brian actually paid attention to what I was saying and pursued several different funding options he thought could work for my needs,” Cashman says. “He then presented me with the different options and explained which ones would work for me.”

Working with Fundera, Cashman says he was able to acquire a loan that he wouldn’t have been able to get himself.

“I don’t have any large expenses now,” Cashman says. “Fundera’s helped me get my business to a place where I think we’re on the verge of taking off.” 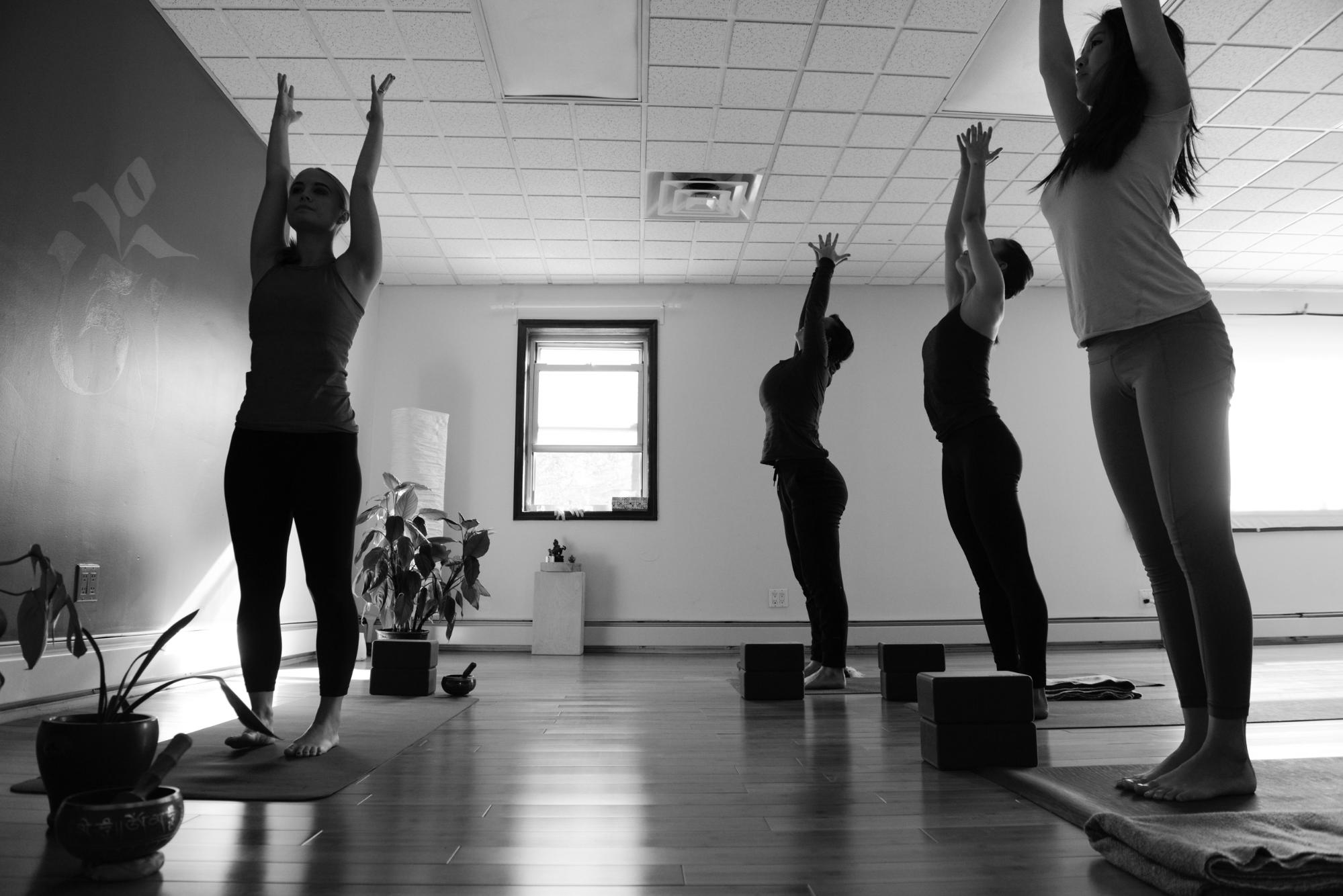 When it comes to the future of Unit 108 Yoga, Cashman is looking south—to the nearby neighborhood of Bay Ridge, which is also bereft of yoga studios.

“In this part of Brooklyn there are a lot of people who are underserved,” says Cashman. “We’d love to bring our services to them.”

Cashman qualifies that by saying he first needs to make his current studio profitable, which requires, among other things, a lot more experience. The biggest lesson he’s learned?

“You have to work hard to earn people’s trust,” Cashman says. “For people to choose to spend time at your studio as opposed to doing something else, you need to show them you’re making their life better.”

Throughout his business journey, maintaining his own yoga practice has helped Cashman stay the course.

“Yoga makes me accept challenges and failures more easily,” Cashman says. “I don’t despair when things go bad and I don’t celebrate when things go well. I just keep pushing and making rational decisions and hope things will work out.”

He derives a lot of satisfaction from people saying they’re happy his business exists. He says it helps remind him why he decided to do this in the first place.

“When I started this, I knew there was a good chance it would fail,” Cashman says. “But over a year later I’m still here, and I’m excited to see where this journey takes me next.”