Which Trump Plans Will Affect Your Small Business Most? 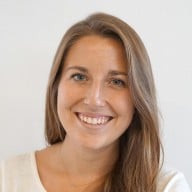 Prior to this November’s 2016 election, we looked closely at how Donald Trump planned to help small business in the United States if elected.

Now that Trump has been sworn into office and the first 100-days plan is underway, what should you—the small business owner—watch for?

Here are two big things for small business owners to keep on their radar.

Tax Reductions: You Could Get a Break

Before he was elected, Trump campaigned on the premise of cutting the business tax rate from 35% to 15%.

But the caveat here is that 83% of small owners wouldn’t qualify for that tax break as they pay their business taxes based on their individual tax returns.[1]

So to see the benefit of a tax cut on your small business, you’d need President Trump to cut individual income taxes, too.

What About Closing Tax Loopholes?

During the campaign, both Trump and Democratic presidential candidate Hillary Clinton agreed that U.S. companies’ stash of about $2.5 trillion overseas is a big problem.[2]

Trump claims he would go easy on these U.S. businesses, letting business owners repatriate earnings under a one-time 10% tax. He would then close the foreign earnings loophole that lets companies store funds in banks overseas. Instead, companies would have to pay taxes on the income as it’s earned in the United States.

The Bottom Line on Tax Reductions

So, what does Trump’s proposed corporate and individual tax policy really mean for your business?

If his tax cuts are enacted, small business owners—both those who pay corporate taxes and those who pay individual income taxes—could benefit. Less money to taxes (for both the entrepreneur and consumer) means more cash for your business.

But with Trump’s proposed tax plan conflicting with those of his own party leaders, it’s unclear if Trump can deliver on these campaign promises. In the end, most likely both corporate and individual income tax rates will be lower in Trump’s presidency but maybe not by the levels he advises.

Regulation and red tape have always been thorns in a small business owner’s side.

Trump himself has said that unnecessary government regulation is a $2 trillion problem that hurts small business owners.[3] And for that reason, he wants to dramatically slash regulation viewed as inhibiting small businesses’ growth.

He plans to cut two old government regulations for every new piece of regulation that’s put in place.

Trump has continued the fight for less government regulation since being sworn in, claiming on Monday morning that:

“When somebody wants to put up a factory, it will be expedited. And you have to go through the process, but it will be expedited. And we’ll take care of the environment and take care of safety and all of the other things we have to take care of, but you’ll get such great service. There will be no country that is going to be faster, better, more fair, and at the same time protecting the people of this country, whether it’s safety or so many other reasons.”[4]

The Bottom Line on Deregulation

In a CNBC report, Dean Baker, economist and co-director of the Center for Economic and Policy Research, states that sizing up the regulation issue isn’t so cut-and-dry.[3] Regulatory policies that cost money to comply with usually end up saving money for someone involved (i.e., whoever they’re protecting).

And while it’s a pain for some businesses to comply with regulations, some business owners are actually grateful that these policies exist—they believe regs actually help their business thrive.[5]

To add to the complication, not all business regulation meant to protect small business owners and consumers is set and controlled at the federal level. According to Karen Mills, former head of the U.S. Small Business Administration and senior fellow at Harvard Business School, no one regulatory body has full control over the policies.

“Much of the conflicting tangle of red tape occurs at the state and local level, where the federal government has no say at all,” says Mills in the CNBC report.[3]

But with the scope of the regulation problem still up for debate and an inability to control state and local regulation, Trump may not be able to pull off the number of cuts he’s proposing.

Keep Your Eyes Peeled for Policies to Come

In his first five days as President, Trump made steps toward repealing the Affordable Care Act, met with enterprise CEOs on deregulation, and instituted a federal hiring freeze—to name a few of his first actions as president.[6]

We’ll have to see if the next 95 days of his 100 day plan bring up specific proposals that address the needs of small businesses. While it’s unclear just how his tax policies and deregulation plans will settle, it is clear that both policies will take some time to enact.

Georgia McIntyre is the director of content marketing at Fundera.